The new SBS drama The Hunting achieves something that’s sadly rare right across scripted Australian television: it treats teenagers as complex and complete characters, capable of the best and worst their lives allow for. Too often the teens on our screen are seen through the lens of another character, such as the wise beyond her years daughter who offers her harried cop/doctor/lawyer dad words of advice, or they’re pigeonholed by the genre, as happens to the high school students adorning the plots of soaps such as Home and Away. They’re just handy outlines, pasted in and out of storylines. 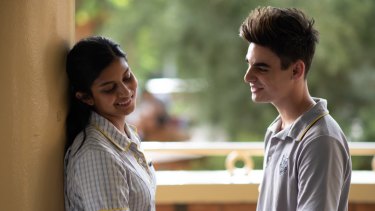 Set in Adelaide and created by Sophie Hyde and Matthew Cormack, the limited series doesn’t judge the students it’s focused on. Spread across a public and private school (a telling touch: the latter has glowing new facilities), it understands that even with good intentions that they’re capable of mistakes. After a first date at the beach, filled with desire and nervousness, goes well, Armindip (Kavitha Anandasivam) takes a topless selfie for classmate Nassim (Yazeed Daher) and sends it to him, receiving a rush of excited emojis in reply. It’s only later, feeling pressured by Andy, that Nassim slips up and forwards the image.

Free-to-air television in this country is drawn to an older audience – it’s a demographic they can defend, and even grow, against the encroachment of streaming services. But it makes teenagers an afterthought. Often the only time a teenager is widely considered on Australian television is when they’re a male sporting prodigy, whose gifts elevate them alongside the adults they play with or against.

One of the things The Hunting does well in its first episode is make clear that characters of all ages have contradictions and challenges in their sexual relationships. It’s apparent the first time Nassim and Armindip’s teacher, Ray Allum (Sam Reid), sleeps with his colleague, Eliza Dunsford (Jessica De Gouw), and it’s also present in the back and forth between Andy’s parents, Simone (Asher Keddie) and Nick (Richard Roxburgh), which may have seeped into their son. 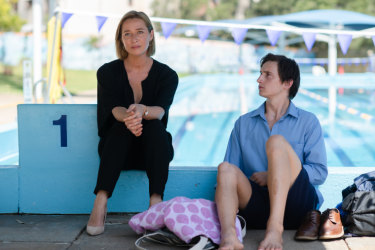 Simone (Asher Keddie) is torn between protecting her son Andy (Alex Cusack) and making him take responsibility for his actions and attitudes.Credit:SBS

Some shows have successfully unfolded the lives of their adolescent characters, including Ten’s Puberty Blues, but that was with an ensemble cast of families and with the safety of an almost anthropological interest in the late 1970s setting (the teens from that era are now approaching 60). With just four episodes, The Hunting has to move fast, with images of the two girls ending up on a sordid website, entangling both teachers trying to help and police with the power to bluntly intervene. But it works.

Perhaps more shows will fill this void. The ABC has done estimable work reaching out to children aged 10 to 14 with shows such as the supernatural mystery Nowhere Boys and the empowering female footballers of Mustangs F.C., but the latter teenage years are worryingly bare. You have to get it right – it’s easy for a drama to claim relevancy but succumb to sensationalism, or simply misjudge their message. The makers of Netflix’s American high school drama 13 Reasons Why would probably like to rethink some of their decisions. 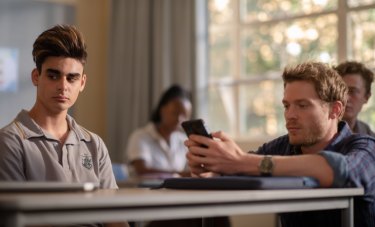 Yazeed Daher as Nassim and Sam Reid as his teacher, Ray, in The Hunting.Credit:SBS

That makes SBS a good fit for The Hunting. The public broadcaster is deeply focused on contemporary issues, even if that means the result is a misfire such as the 2018 crime drama Dead Lucky, which ticked off so many boxes that it forgot to address any of them. By contrast The Hunting’s casting doesn’t just reflect the make-up of contemporary Australia, it feeds into the plot – the burden and response that Armindip and Nassim carry and receive is tied to being the children of immigrants raised in different cultures.

Above all, The Hunting is smartly structured and made with exemplary care. As the fallout grows from the website’s discovery, there is no answer, simple or otherwise, to what is a vexing and involved issue. No monologue puts everything right. But nor can the crisis erase the tender moments, such as Armindip teaching Nassim how to swim at their beach date. Holding a hand under his back as he tries floating, Armindip reassures him that she won’t let go. More shows need to do the same for our teenagers.