The cast have been spotted shooting the hotly-anticipated second instalment of the hit Richard Curtis comedy. 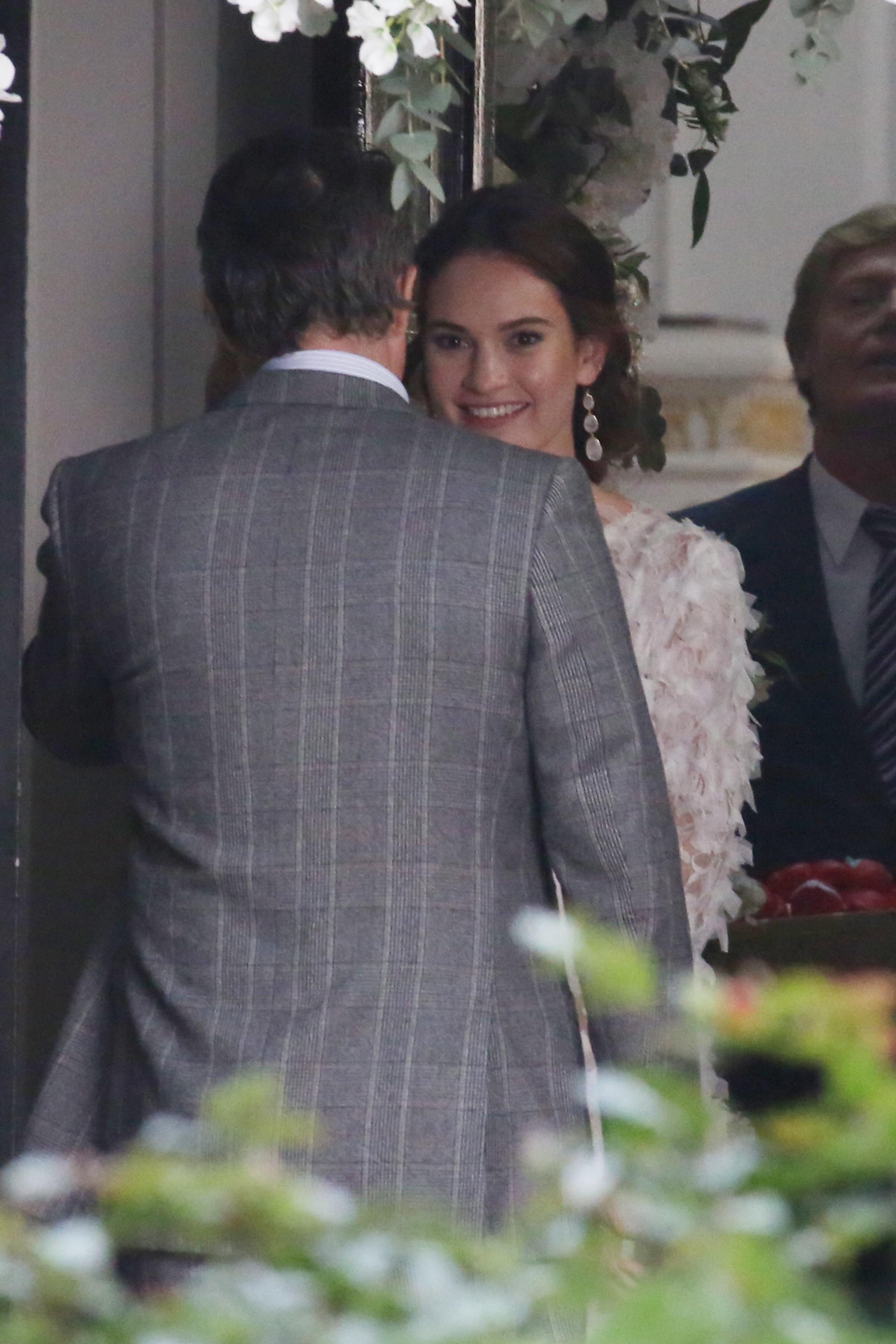 Looking his usual dapper self, Hugh, 58, was the picture of the doting father of the bride.

Clad in a sleek grey suit with pale blue tie, suave Hugh proved that he's aged like a fine wine.

His thick-rimmed glasses gave him a more mature look than the foppish male lead fans are used to seeing him as.

The actor was seen filming scenes at a North London church with Lily, 29, who looked angelic in a whimsical, feathered wedding dress. 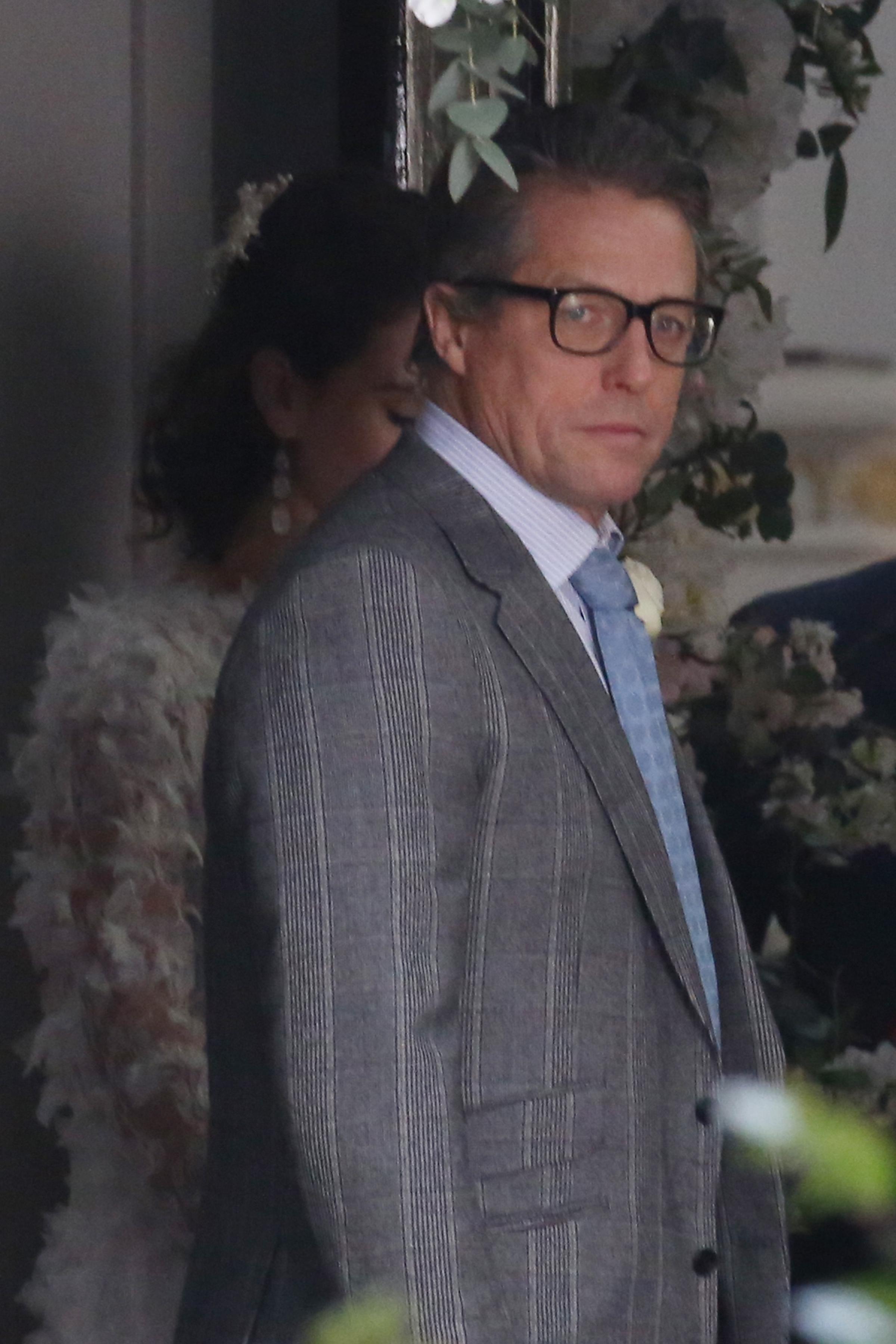 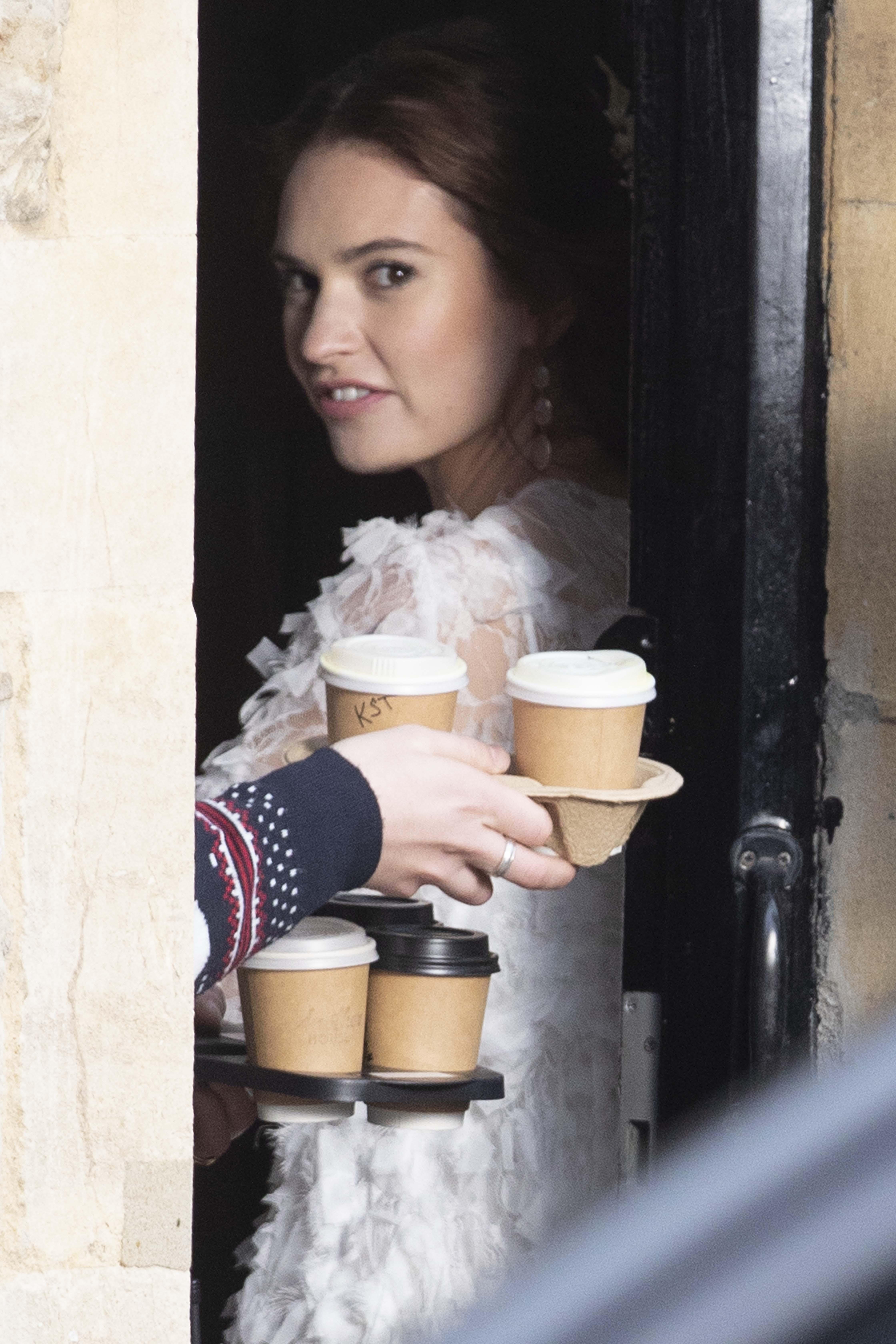 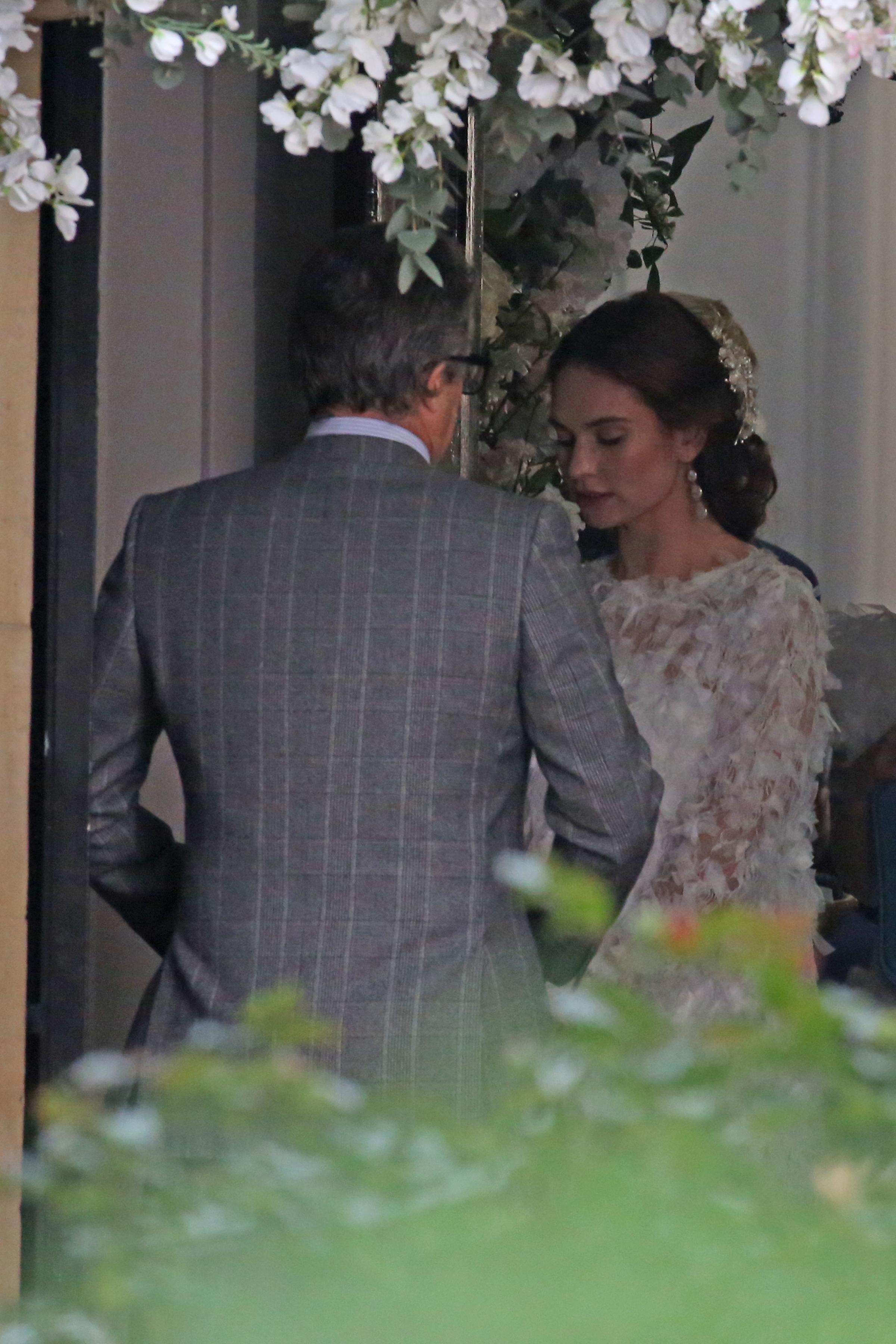 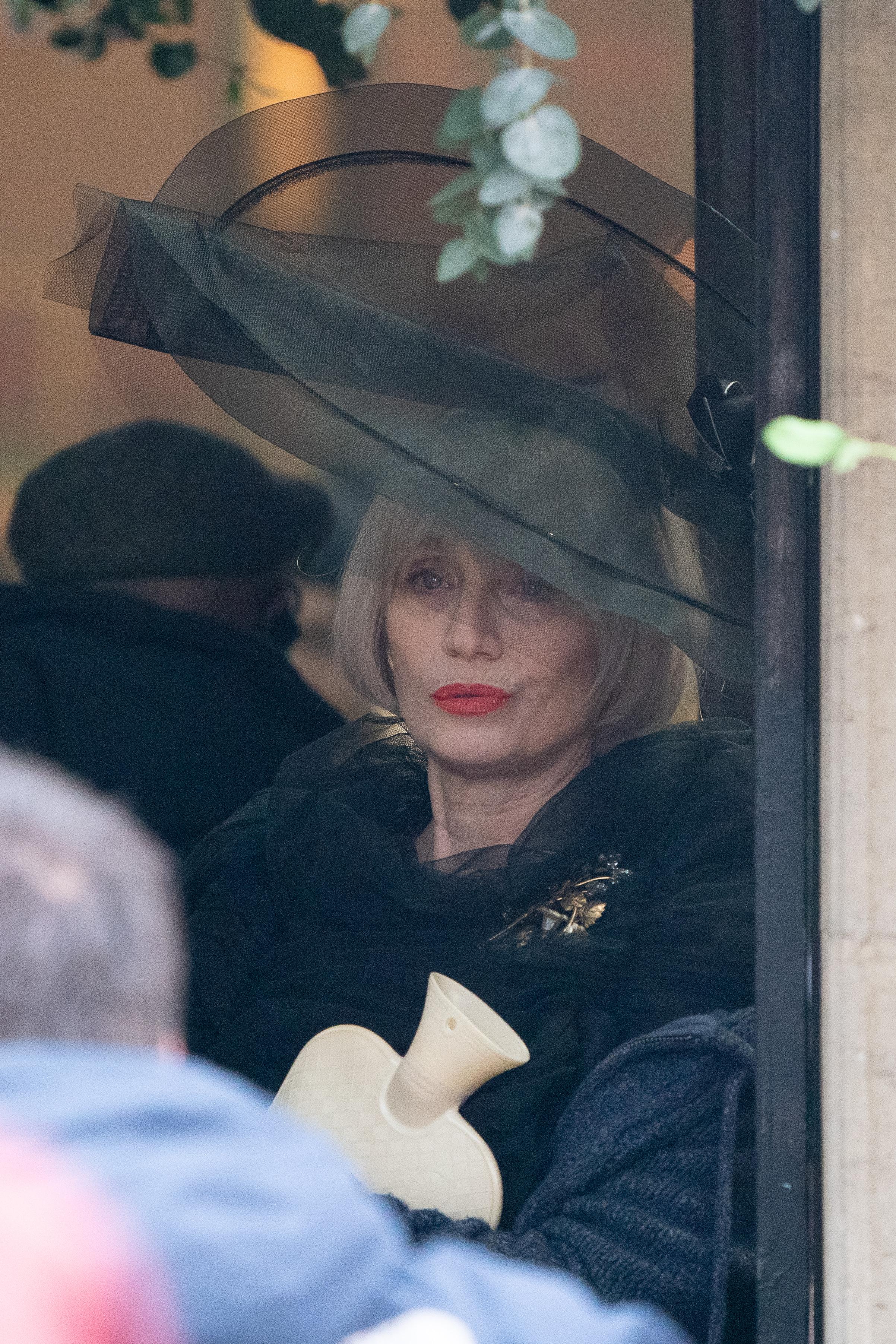 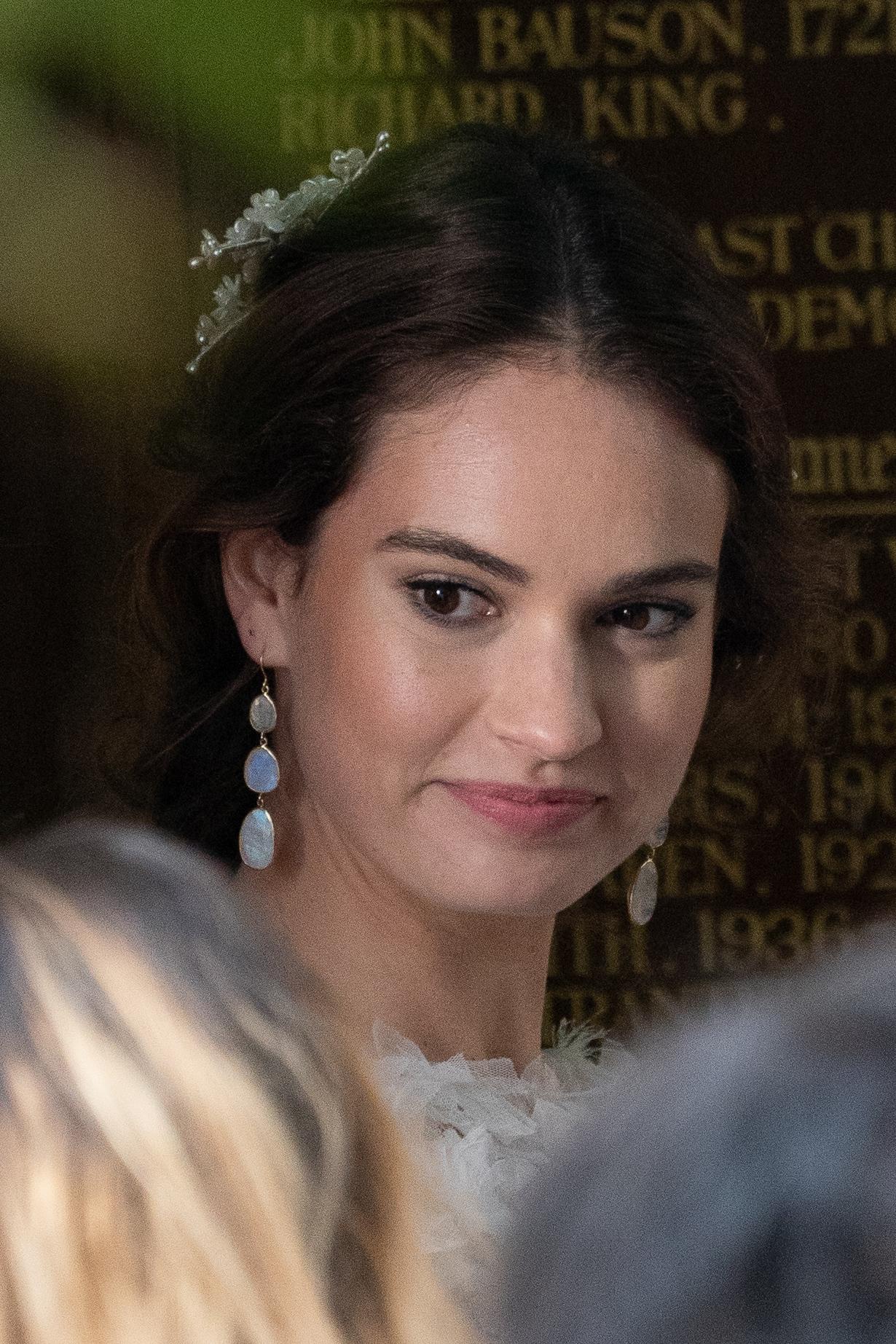 The pair were spotted laughing in between scenes as production got under way.

Also seen on set were originals from the hit movie Andie MacDowell – who plays Carrie – and Kristin Scott Thomas – who plays Fiona.

As well as John Hannah – Matthew – who was seen in character holding a fluffy white pooch.

Rowan Atkinson – who played Father Gerald in the first film – was spotted wearing a dog collar – suggesting that he may be officiating the wedding.

Rom-com fans were thrilled when it was confirmed that there would be a second instalment of one of the all-time most beloved films in the genre. 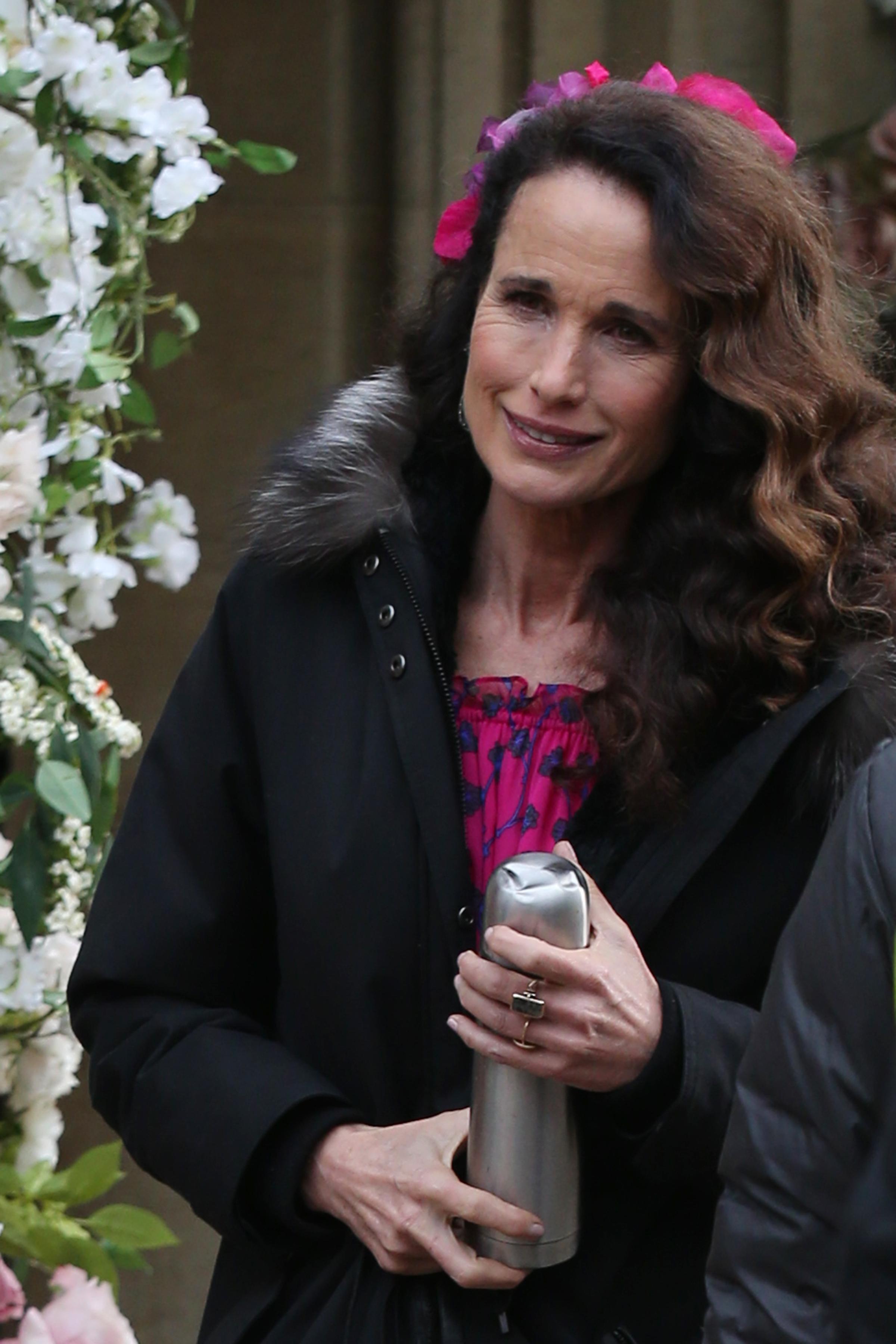 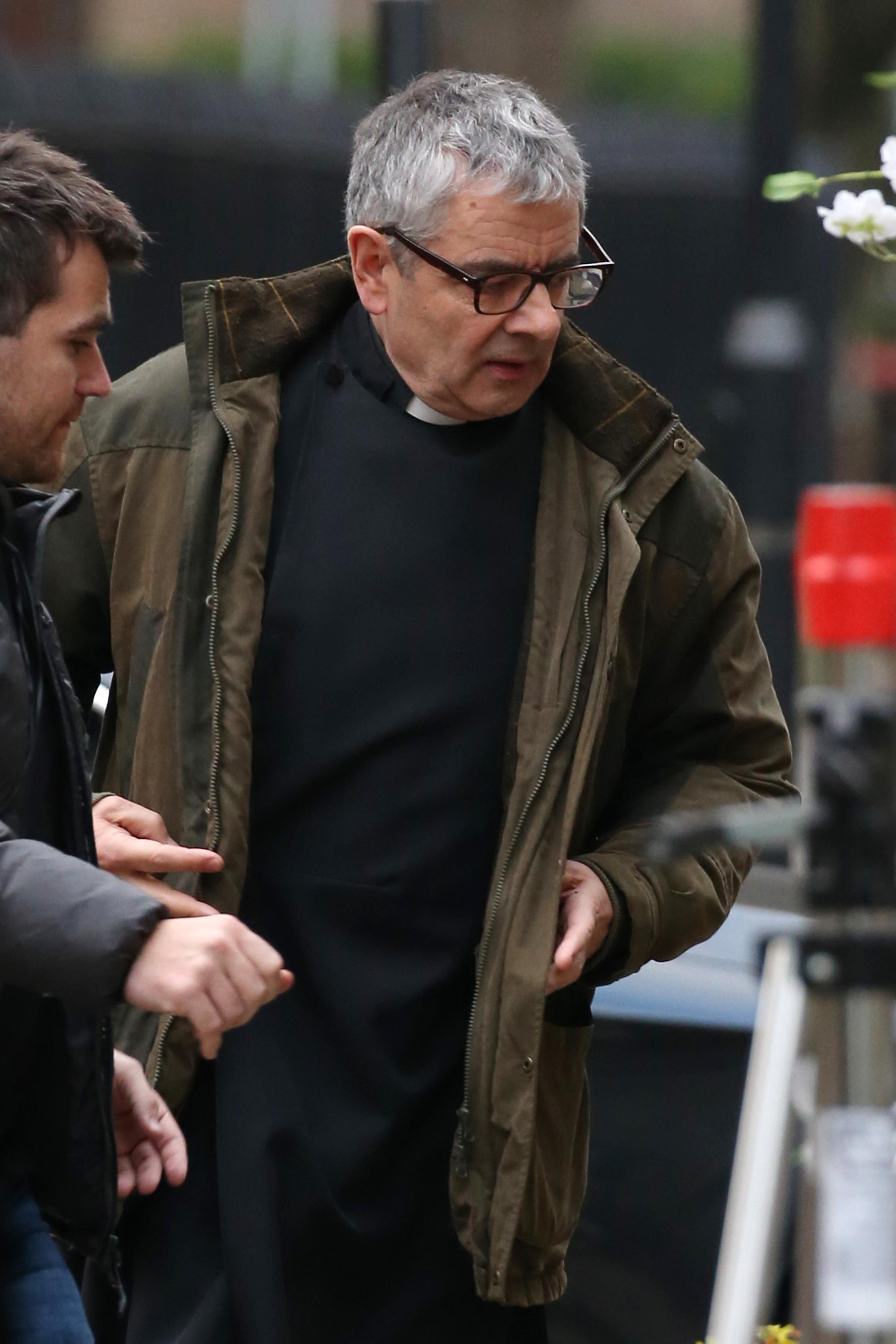 The cast are reuniting 25 years after its initial release for a Red Nose Day special.

The short film, which will be called One Red Nose Day And A Wedding, will feature all the original cast members – including Hugh Grant, Andie MacDowell, Kristin Scott Thomas and Rowan Atkinson.

And yesterday Susanna Reid, 48, was spotted filming a surprise appearance in the movie where she will be playing a wedding guest.

The 1994 romantic comedy is one of the most successful films in British cinema.

It follows lovable Englishman Charles (Hugh Grant) and his unlucky in love pals.

Charles falls for American beauty Carrie (Andie MacDowell) at a wedding – but thinks she's not interested when she returns to the States.

Though they seem destined to remain apart they continue to bump into each other at a handful of nuptials and one funeral.