Australia has made remarkably few war films, given our obsession with diggers, Anzacs and so on. But when we do make them, we do a bloody good job. Case in point: Beneath Hill 60, directed by Jeremy Sims and starring the peerless Brendan Cowell, which manages to capture both the humanity and the horror of the Western Front through the stories of an Aussie company tasked with tunnelling under enemy lines. Sometimes breathlessly claustrophobic, but never less than compelling. 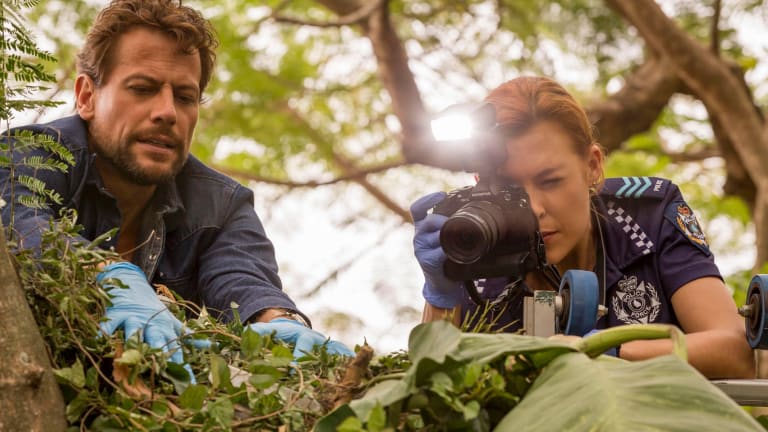 Tonight’s episode of the increasingly intriguing Harrow provides an insight to the mystery of the bones in the concrete.

The script is a bit hit-and-miss: every episode of Harrow delivers at least one ghastly clunker. But as the series has progressed the ongoing narrative regarding the bones in the concrete has become increasingly intriguing and tonight we start to get a sense of where it all might be heading (and that it all actually might make sense). Elsewhere the case of the corpse du jour is about as silly as they all have been – although at least this one does have some foundation in science.

How is it that a series that's so often so bleak (and recently, so downright freaky) can still leave you feeling so warm inside? It's surely partly the genius of star and showrunner Donald Glover who mingles cynicism, a wild imagination and a deep humanity to create stories that are as rich as anything the Golden Age has so far produced. The casting here is also impeccable: Zazie Beetz and Lakeith Stanfield bring incredible depth and subtlety to their roles, while Brian Tyree Henry's face is an absolute wonder.

Church of England put reputation above protecting children from abuse

Why Google Chrome users could get a £4,000 payout: do YOU meet the criteria?