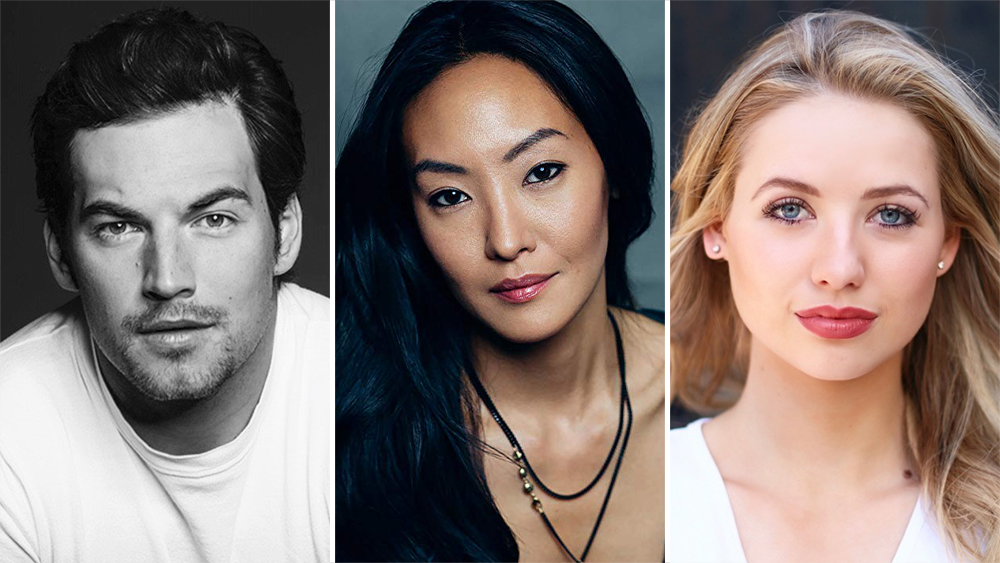 Adapted by Locke’s sister Attica Locke, who serves as showrunner, From Scratch is the story of an African American woman who falls in love with a Sicilian chef while studying abroad in Florence and goes on to build a life with him in Los Angeles, merging two seemingly opposite cultures. When they are faced with his unexpected cancer diagnosis, Amy becomes her husband’s caregiver and the person who brings their two very different families together, creating a new, blended family for her and her daughter after he dies.

Here are more details about the cast and their characters:

Terrell Carter plays Ken, Zora’s (Deadwyler) boyfriend and former NFL player who runs the athletics department at the private school where Zora teaches. Although he’s “apolitical” (blasphemy in the politically active Wheeler family), Ken more than makes up for it with his big heart. The actor is represented by Silver Lining Entertainment and Talent Works.

Peter Mendoza plays Andreas, Lino’s co-worker, who looks after newcomer, and is happy to welcome him to the neighborhood sports bar where their fellow immigrants hang out. The actor is repped by Buchwald and Seven Summits.

Lorenzo Pozzan plays Filippo, one of Lino’s coworkers at Vigna Vecchia in Florence, and one of the regulars at the No Entry Nightclub. He is repped by Malissa Young Management

Jonathan D. King plays Silvio, hailing from the same part of Italy as Lino, the two form an instant bond, chatting enthusiastically in their native Italian.

Rodney Gardiner Preston, a buttoned-up banker, who, along with his partner, David, owns the bungalow that Amy and Lino rent behind in Hollywood.

Giacomo Gianniotti plays Giancarlo, a sophisticated Italian man who catches Amy’s eye with ease, Giancarlo sets out to seduce her, using Florence as his unwitting accomplice. His reps are The Characters Talent Agency, Thruline Entertainment and Viewpoint.

Kassandra Clementi plays Caroline, a sweet Southern belle, and one of Amy’s new roommates in Florence. She is repped by Buchwald and Mosaic.

'Survivor: Winners at War': Fans are Shocked the Contestants Want to Keep Ben Around Over Jeremy

Coronavirus found in sewage that was circulating in Italy in DECEMBER