The pair have reunited to film scenes for the second instalment of the hit franchise, which stars beautiful Israeli actress Gal, 33, as the Amazonian superhero. 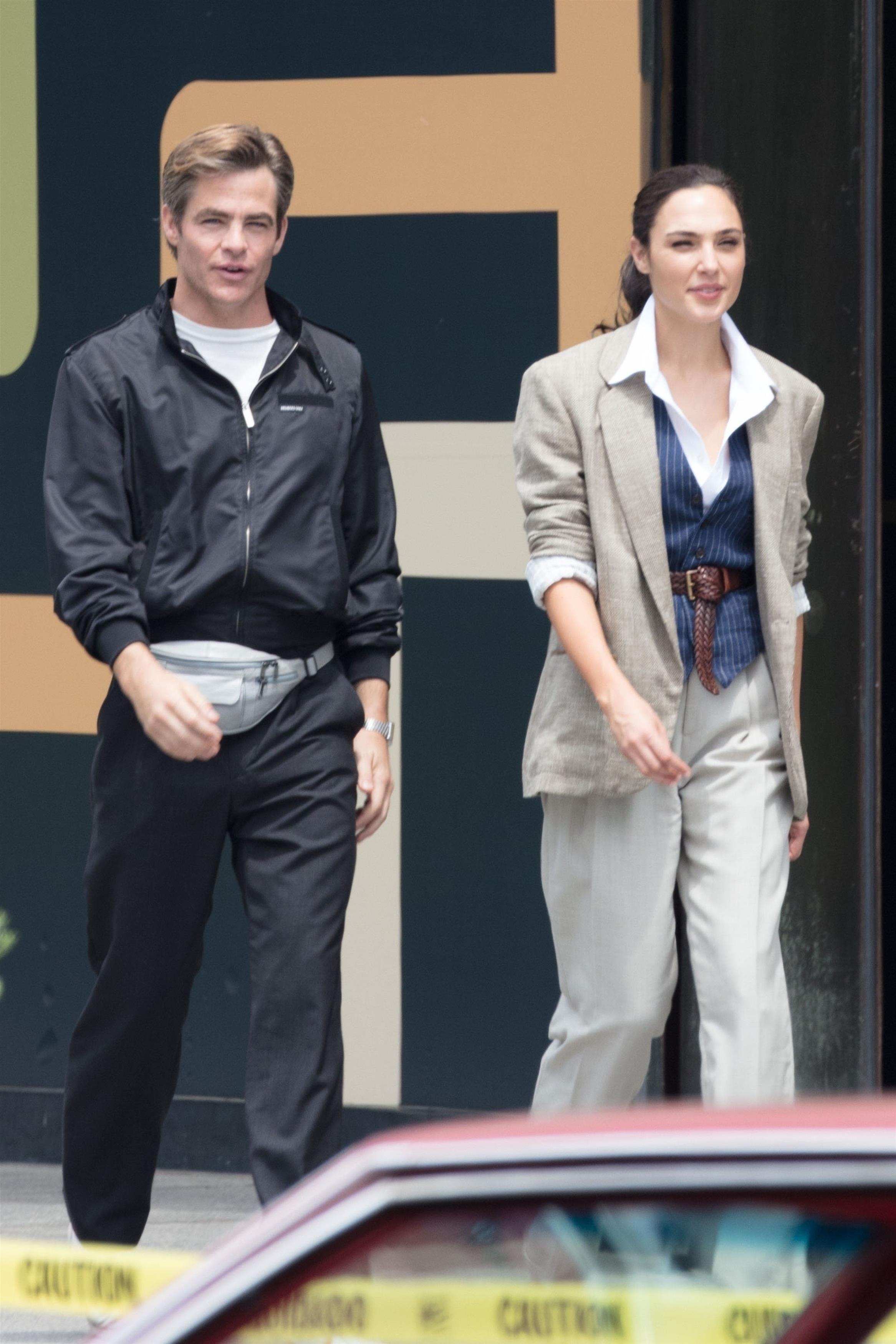 However, the sightings of the pair together has caused a stir because Chris'S character, Steve Trevor, is meant to be dead.

He was killed off in the 2017 movie – making his age-defying youth on set this week seemingly impossible as the second film is set 70 years after the first.

But fans believe the American soldier's reprisal will be explained by time travel or an alternate universe when the film hits cinemas next year.

Director Patty Jenkins also teased Chris' return on Twitter with a picture of the 37-year-old actor on set. 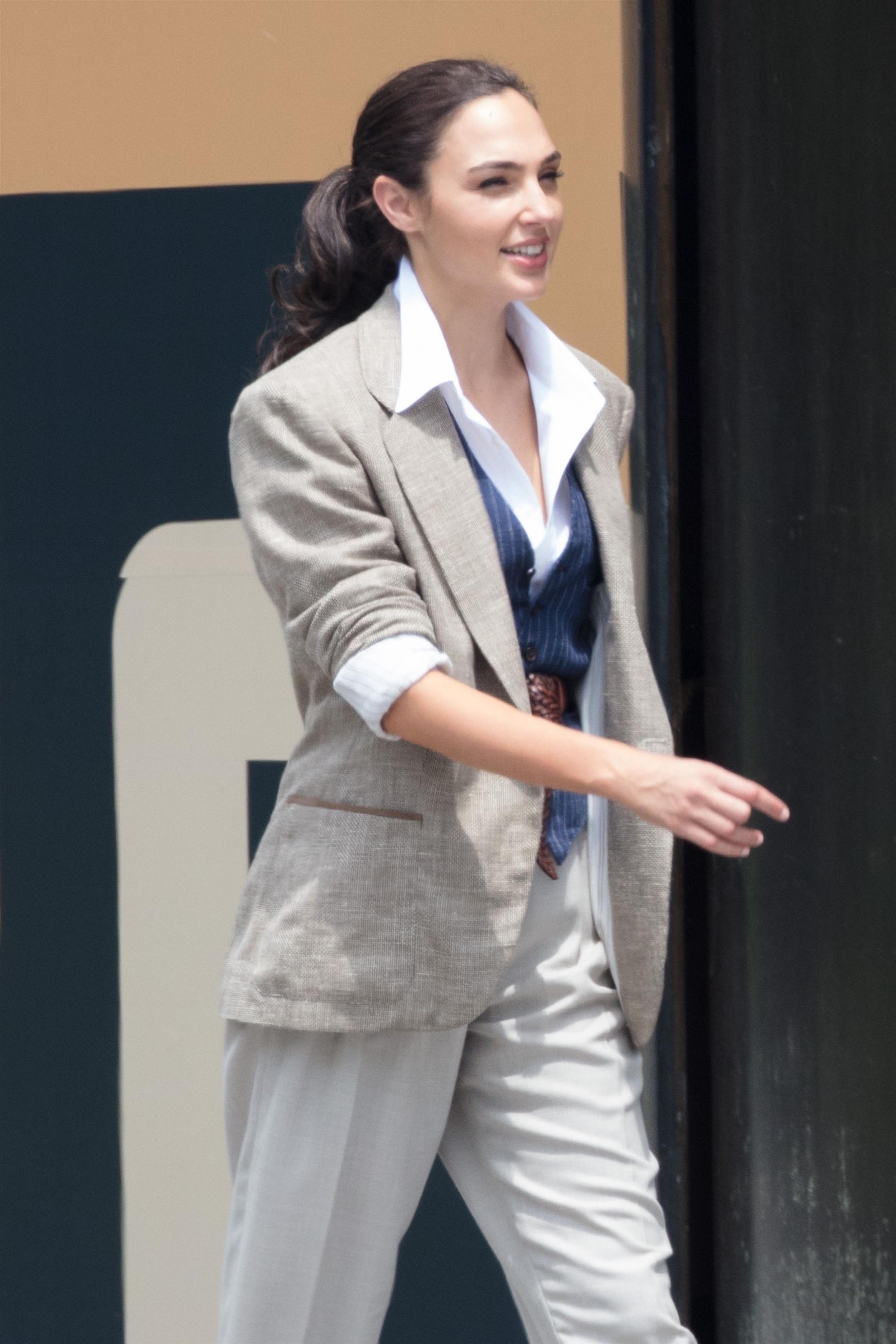 Chris, 37, wears black slacks, Nike trainers and a bomber jacket in Patty's snap – which has so far been retweeted 22 thousand times.

On set with Gal, he adds familiar 1980s accessory the bum bag to complete the look.

She walks alongside him in cream slacks, a navy striped waistcoat and linen jacket with the sleeves rolled up. 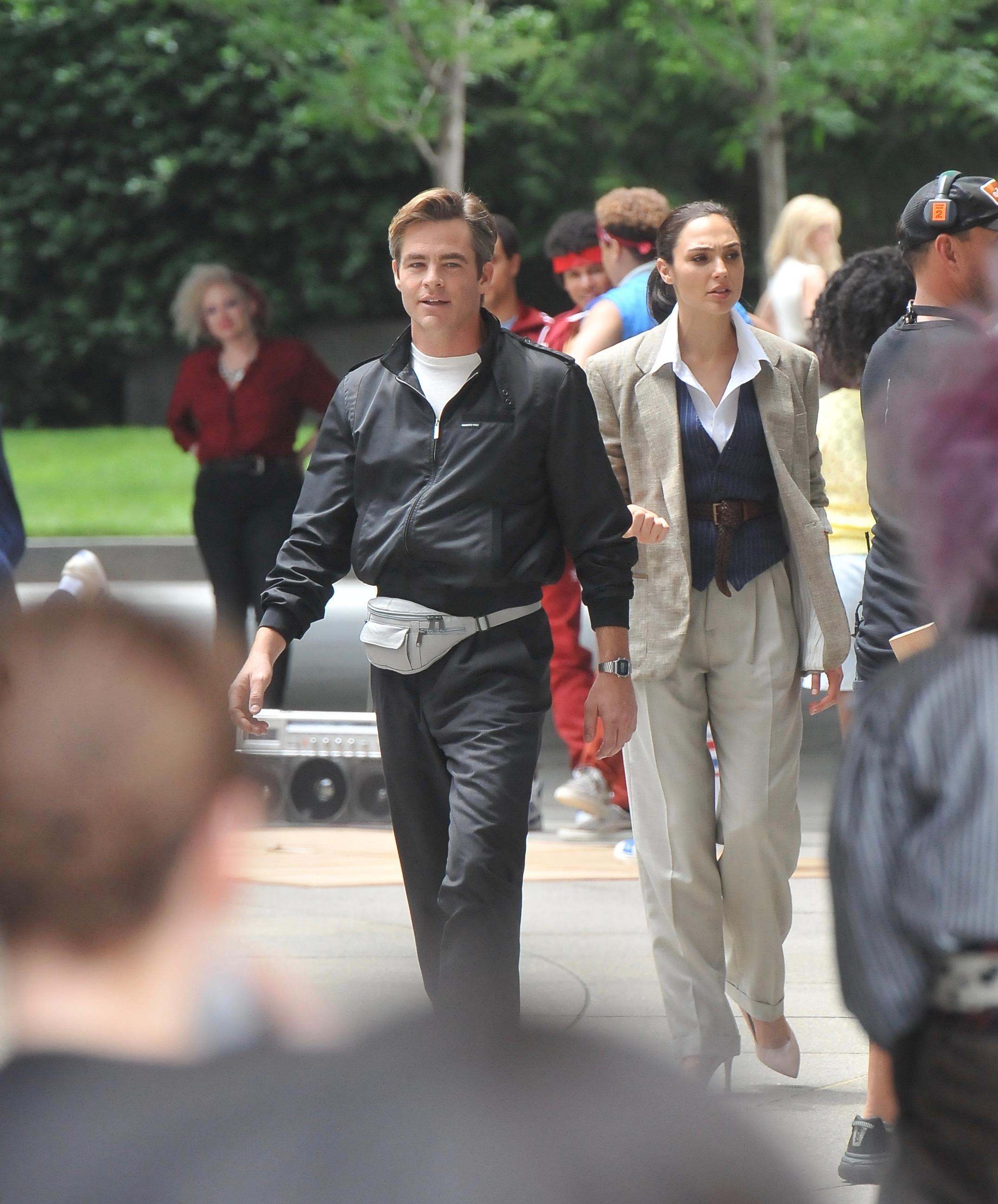 The pair appeared to slip back into their respective roles with ease, looking relaxed and happy to be fighting crime and injustice once more.

Gal became an actress after two-years serving in the Israeli Defence Forces, and previously said she feels honoured that fans love her portrayal of Wonder Woman – aka Diana.

"I got photos from people that I work with or friends that their grandparents went to see it with their wheelchair and everything. It's been really overwhelming."

Tom Holland Makes It Instagram Official With This Model/Actress!