AWALL in the north, feuding families, the bloody massacre of honoured guests and a fire-breathing weapon that could destroy an entire army.

They’re the kind of epic elements that has turned Game OfThrones into a worldwide TV phenomenon, expected to be watched by more than a billion viewers in 170 countries when the final series airs next Monday.

But this is not the Seven Kingdoms – it’s Scotland.

And a new book has revealed just how much of its history has been re-imagined as fantasy for the blockbuster series.

Game Of Thrones creator George RR Martin even took the nameWester Ross in the Highlands, to become Westeros, home of the coveted Iron Throne. 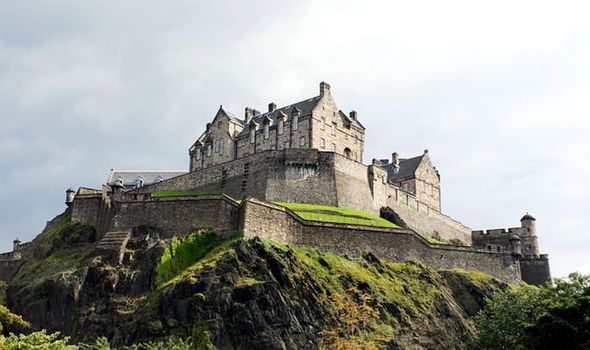 Possibly the show’s most shocking episode ever was the massacre by LordWalder Frey as revenge against Robb Stark for breaking a marriage pact between the two Houses.

The Stark family’s slaughter – including that of Robb’s pregnant bride – came after Frey welcomed them into his home.

But in 1440, as families jostled for power under the reign of boy king, James II of Scotland,William Douglas and family visited Edinburgh Castle for a feast with Sir William Crichton.

A silver platter was served to Douglas with a black bull’s head – a Celtic symbol of impending death.

Before the Douglas family could react they were dragged out to the castle gates to be “tried” for treason and their heads chopped off like the bull’s.

No day inWesteros was as woeful as the one when Tywin Lannister marched into King’s Landing and, instead of saving the city like the hero he claimed to be, proceeded to butcher it.

This gruesome fate was exactly what befell Berwick, then Scotland’s wealthiest trading town.

On March 30, 1296, having assembled a 20,000-strong army outside the town, English King Edward I gave the most dreaded order a medieval commander could issue.

A black flag with a red dragon fluttered in the breeze, and Edward’s men charged forth to “burn, kill and raise the dragon”.

At the Red Hall, some tried to make a stand.The English army set the Red Hall ablaze, and all inside perished. 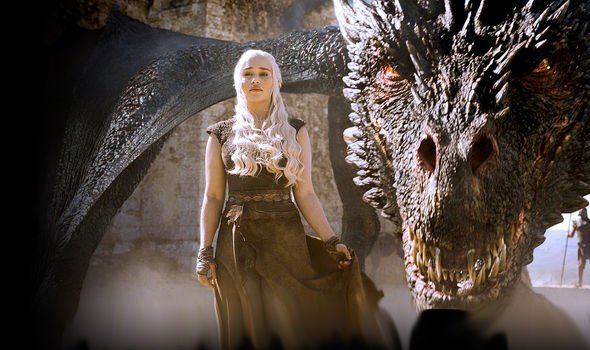 In Westeros, Robert Baratheon will always be the man who slew Rhaegar Targaryen with one rage-fuelled blow with his hammer.

But Scottish King Robert the Bruce did exactly the same when he split the head of English prince and army chief Henry de Bohun in two with his axe during the Battle of Bannockburn in 1314.

Daenerys Targaryen’s ability to swing a battle thanks to her fire-breathing dragons has been a game-changer.

But that is how King James II of Scotland must have felt when he took possession of the monstrous Mons Meg.

Weighing in at over 15,000lb and measuring over 15ft in length, Mons Meg is one of the largest calibre cannons in world history.

With a sound that must have shaken the earth, it could fire a stone cannonball up to 150kg in weight at an effective range of over three kilometres.

Like Daenerys’ dragon eggs, Mons Meg was a wedding gift.

Phillip the Good, Duke of Burgundy, presented it to James II in 1454.

Meg’s mere presence at a siege could force a surrender and some of Scotland’s greatest castles, including Dumbarton, Roxburgh and Threave, fell to its wrath. 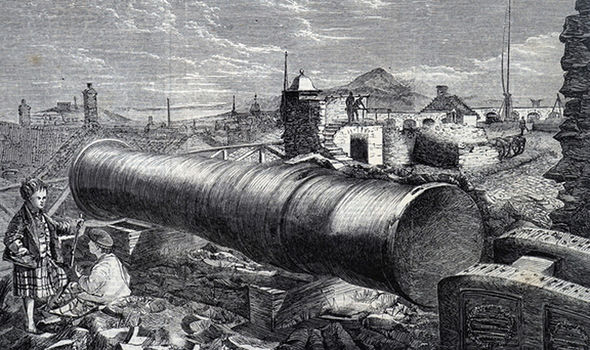 The fourth and final Lord of the Isles, John of Islay II, inherited a realm whose power and reach covered Scotland’s western isles.

But, like the ironborn of Westeros, he coveted power in the mainland and in 1462 moved against King James III of Scotland by authorising his kinsmen, Ranald of the Isles and Duncan, the Archdeacon of Ross, to form an alliance with the English king Edward IV.

Weinczok writes: “Their scandalous arrangement was almost precisely the same as that struck by Euron Greyjoy and Cersei Lannister – to defeat a mutual foe and split the North between them.”

An English invasion was planned but never materialised.

The plot was discovered and John’s lands were taken by a vengeful king. 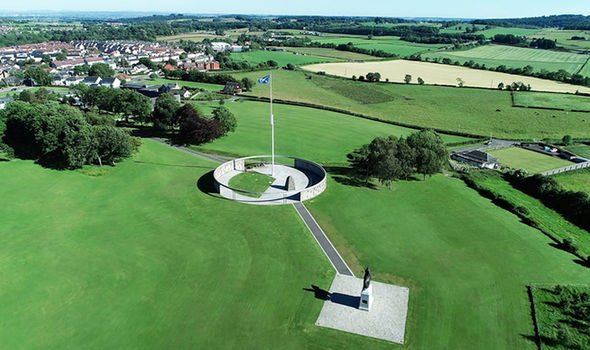 6 THE BATTLE OF THE BASTARDS

The moment during the Battle of the Bastards when Ramsay Bolton’s infantry encircles the remnants of Jon Snow’s army and thrusts forth their spears is the moment the latter’s doom seems certain.

This same excruciating fate befell as many as 10,000 English soldiers as they floundered on the banks of the Bannock Burn on the morning of June 24, 1314.

Only hours before, this seemed unthinkable.

But the English didn’t account for the Scots army’s schiltron, a formation of massed infantry equipped with iron-tipped 10-15ft-long spears. 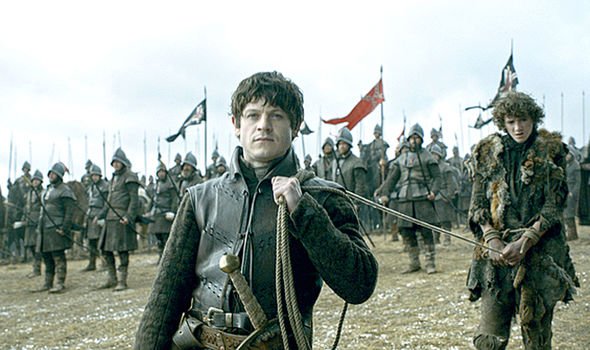 Viewers were stunned when King of the North Jon Snow “bent the knee” to Daenerys, Mother of Dragons.

But it’s not the first time a Northern ruler has bowed down to a southern conqueror.

In 1072, Scots King Malcolm III ‘Canmore’ knelt for William the Conqueror in Abernethy, Perthshire, the ancient capital of Scotland.

Until it fell at the end of last season, TheWall, a 700ft-high fortification made of ice and stretching for 300 miles, was all that protected the Seven Kingdoms from the white walkers beyond.

George RR Martin was inspired to write his fantasy novels after visiting Hadrian’sWall, built by the Romans around 122CE to keep marauding Scots from invading the north of England.

Although it was only 20ft high, it too would have been dazzling white, as it was lime-washed along its 73-mile length.

But matching the shape of theWesterosWall precisely was the Romans’ AntonineWall, that ran further north along the central belt of Scotland.

When Jon Snow revealed the ancient carvings of the Children of the Forest beneath Dragonstone to a sceptical Daenerys, it was one of the single greatest “a-ha!” moments in all of Game of Thrones.

But the ancient markings were strangely reminiscent of Bronze Age cup-and-ring marks, made between 3,000 and 2,000BCE by early inhabitants in Achnabreck, Agyll, which archaeologists believe were early maps, or merely graffiti done by bored Bronze Age teenagers. 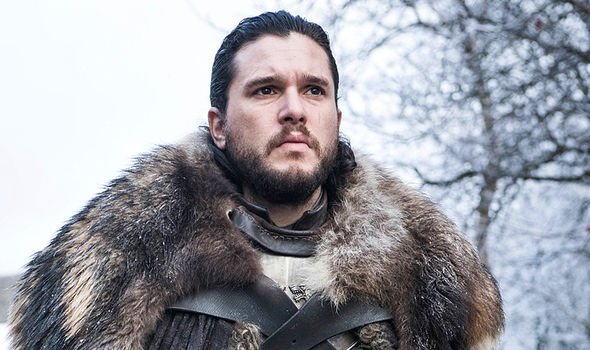 The Broken Tower, from which Bran Stark is pushed by Jaime Lannister takes its inspiration from Bothwell Castle, once occupied by Archibald the Grim, bastard son of James ‘the Black’ Douglas – a character who would have been right at home in Westeros.

The History Behind Game of Thrones: The North Remembers by David CWEINCZOK is published by Pen & Sword on April 30 at £19.99

Game of Thrones season 8 will air on HBO in America and simultaneously on Sky Atlantic at 2am UK time, on Monday April 15. It will be repeated on Monday at 9pm.

Windows 10: Microsoft just lifted the lid on what’s coming in the next upgrade