Just when you thought Game of Thrones author George R. R. Martin could not possibly get any busier, he goes and signs a Hollywood movie deal…

The bearded author has inked a big contract with the Warner Animation Group to make a big-screen blockbuster out of his 1980 fantasy novel The Ice Dragon, according to Deadline.

No, this isn’t the life story of Viserion (sob!), or anything else in the world of Westeros, but The Ice Dragon is set in a medieval world where rival kingdoms are waging war against each other with fleets of dragons.

The Ice Dragon is actually a family film in spite of that dark premise, being told from the perspective of a young girl named Adara who befriends the rarest of all dragons. Together, they set out to save her city. 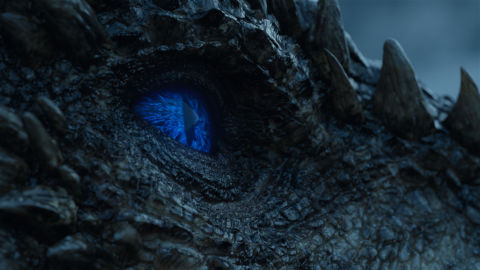 Martin plans to fit executive producing The Ice Dragon into his schedule somewhere. He’s currently knee-deep in five Game of Thrones prequel spin-offs as well as the final season of the main HBO series.

Also on the writer’s plate is his next Song of Ice and Fire book The Winds of Winter (if it even exists anymore) and the new Game of Thrones-adjacent resource book Fire and Blood.

If that’s enough work for any single person, George is also involved with the TV adaptation of his science fiction novella Nightflyers too. Take a holiday already, George!

The Ice Dragon doesn’t have a US or UK release date yet from Warner Bros, but Game of Thrones returns to HBO and Sky Atlantic in 2019.

'Borat 2' Trailer: Kazakhstan's Famous Reporter is Back in America, and His Daughter Came Too

When An Instagram Meme Gets You a Record Deal