Gardeners’ World returned to BBC Two this morning as Monty Don shared his tips for a fruitful garden. However, the author and presenter issued a warning to viewers at the start of tonight’s instalment as he prepared fans for an upcoming segment on the different types of beans and the right time to sow the seeds.

Kicking off the show, Monty began: “Welcome to Gardeners’ World, we had snow here a few days ago and that rather flattened the garden where the daffodil failure is just coming up to its best and you know when you’re making a white garden the secret is to have lots of green and lots of different shades of green.

“Now there is one plant here which is done its flowering for the year and the rest of the year it will just be green and this is the winter honeysuckle.

“Now I love it tiny little flowers that have the most fabulous fragrance but it does need pruning because it can very ungainly.

“Now one of the problems with getting amongst these plants is not doing too much collateral damage.” 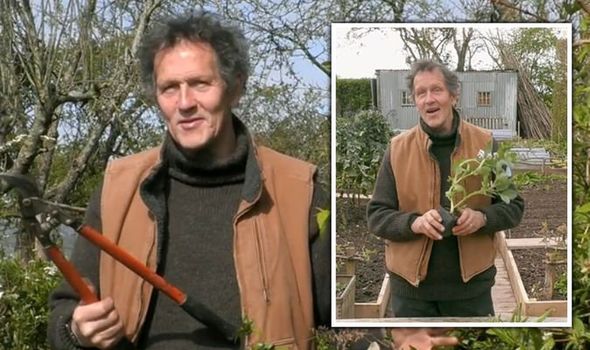 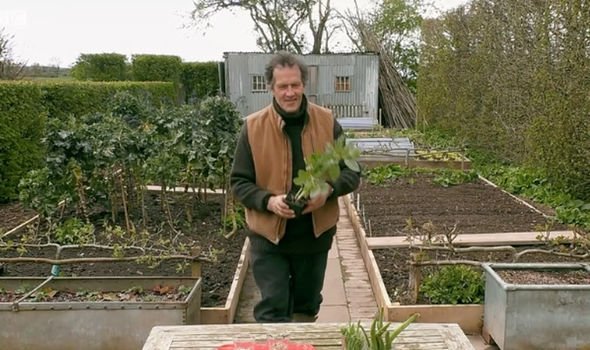 “The best way of pruning a shrub-like this is to get right down in the base and take out one or two of the older larger stems.”

Once Monty had finished pruning, he continued: “Coming up on today’s programme Joe discovers an Arcadian retreat in the heart of London.

“And we visit a Dorset grower who passes on her lifetime expertise in raising superb chilli plants.

“And I will be giving you a little masterclass on beans, you have been warned.” 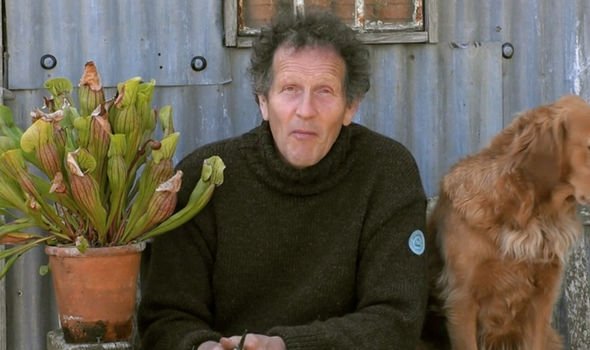 Later in today’s show, Monty shared his advice on growing different types of beans and the “mistakes” gardeners make.

He said: “Now I’ve had a lot of questions about beans and the right time to sow and should they be sowing french beans now and is it too late for broad beans? So I’ve done a rundown of beans.

“I’ve got some broad beans leftover which I sowed last autumn that I haven’t planted out.

“But the key to board beans is to grow them in cool weather in the first half of the year however french beans are completely different these like heat,” he explained.

“The biggest mistake people make with french beans whether they are climbing or dwarf is they sow them too early.”

“I don’t sow any direct until the end of May or well into June and they will grow fast and you can be harvesting them in 40 days.

“What we eat are the pods and we call them green beans, french beans but essentially they’re immature beans.”

“Now this is one of my favourite varieties called Blauhilde and it’s a really good climbing bean,” he added.

“French beans, both climbing and dwarf, don’t need a particularly rich soil which is a good thing.

“Now the same type of thing is borlotti beans but this is grown entirely for the dried beans we don’t eat the pods and that means you leave them on the plant until the pods go brown or papery.”

Gardeners’ World continues on BBC Two on Friday at 9pm.

‘Mary Poppins Returns’: Everything we know about the musical sequel

31 Best Cities For College Students To Live After Graduation