Jason Stiles referenced the Monks of New Skete, and they are real

In season 4, Lorelai Gilmore started dating Jason Stiles, her father’s business partner. During one of their earlier dates, Jason takes Lorelai back to his apartment, where he lives with his dog. When Lorelai encounters the dog for the first time, Jason explains that he’s incredibly well behaved because the Monks of New Skete trained him.

In season 5 of Gilmore Girls, Jackson Belleville inadvertently becomes town selectman. Jackson, however, has a hard time transitioning from a full-time farmer to a politician. He melts down on his front porch when someone drops off a pair of giant scissors for a ribbon-cutting ceremony. Lorelai, trying to make light of the situation tells Jackson, “Yeah, those people at Butterick Patterns play pretty rough.”

Butterick Patterns might seem like a pretty obscure reference, and it is to anyone who isn’t into sewing. Crafty folks, however, will recognize the brand name. Butterick Patterns is the oldest pattern company in the world. It was founded in the 1800s and operated as an independent entity until a larger publishing company absorbed it in 2001. Sewing and craft stores still sell the patterns.

During Mia’s visit to Stars Hollow in season 2 of Gilmore Girls, she reveals that Luke Danes was a fan of Star Trek. In fact, Lorelai teases him for being a “Trekkie” during the episode, indicating that she was not a fan of the cult classic. A few seasons later, though, Lorelai would make her own Star Trek reference. In season 6 of the series, Lorelai tells Luke she could get everything done and return to Paul Anka if dilithium crystals fueled her Jeep. 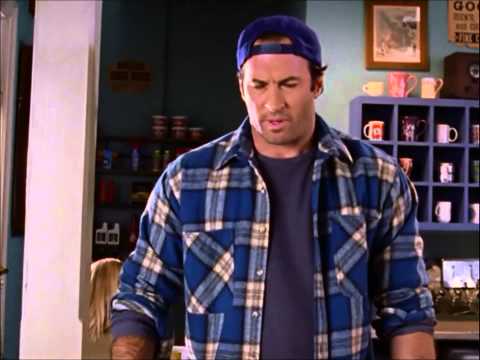