Following the Oscar-winning success of “A Fantastic Woman” earlier this year, plus the acclaim he received for his English-language debut “Disobedience,” Chilean director Sebastián Lelio is set to return to theaters in the spring with a remake of his own movie. “Gloria Bell,” based on Lelio’s 2013 comedy-drama “Gloria,” stars Julianne Moore as a divorced mother having her own coming-of-age experience later in life. Paulina Garcia starred in Lelio’s original and won the Silver Bear for Best Actress at the Berlin Film Festival.

The official synopsis from A24 reads: “Gloria (Moore) is a free-spirited divorcée who spends her days at a straight-laced office job and her nights on the dance floor, joyfully letting loose at clubs around Los Angeles. After meeting Arnold (Turturro) on a night out, she finds herself thrust into an unexpected new romance, filled with both the joys of budding love and the complications of dating, identity, and family.”

IndieWire’s Eric Kohn called “Gloria Bell” a “terrific platform for a great American actress” in his A- review out of the Toronto International Film Festival earlier this year. “Moore’s compassionate performance confirms the strength of the original and its beloved heroine’s universal appeal,” Kohn wrote. “More than that, ‘Gloria Bell’ proves that the best stories can be told endlessly, so long as they’re told well.”

In addition to Moore and Tuturro, “Gloria Bell” co-stars Michael Cera, Rita Wilson, and Brad Garrett. The film is the latest offering from A24, which most recently released Jonah Hill’s directorial debut “Mid90s.” “Gloria Bell” joins “Under the Silver Lake” and “The Lighthouse” as one of A24’s highly anticipated 2019 releases.

A24 will release “Gloria Bell” in theaters March 8, 2019. Watch the official trailer and check out the film’s first poster below. 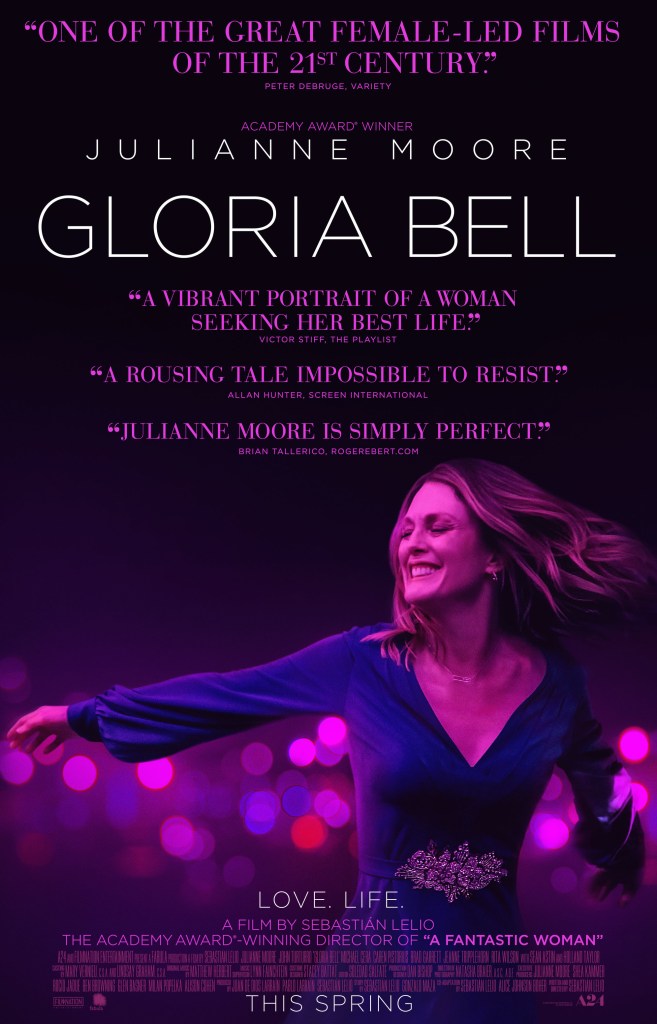 People in their 20s are just as forgetful as those who are approaching 60, study finds