GMB: Kate Garraway reaches out to woman with same name

Kate Garraway and Ben Shephard were reunited on Good Morning Britain today and throughout the show, they spoke to Nadine Dorries MP about the NHS nurses proposed one percent pay rise, as well as Omid Scobie ahead of Prince Harry and Meghan Markle’s tell-all interview with Oprah Winfrey airing this Sunday night. X Factor Celebrity winner Megan McKenna also appeared as a guest and during her conversation, Ben wanted to discuss cosmetic surgery and the former TOWIE star was honest about the reversal procedure she had on her lips and how she used to edit photographs to make them appear bigger. ITV viewers saw Ben poke fun at his co-presenter, suggesting Kate needed “less lip filler”. But the mother of two hit back and told Ben she “didn’t need the controversy”.

Megan, who recently released her new single This, told Ben and Kate how she used to edit her social media photographs to make her lips “look even bigger”.

She previously told the Loose Women panel how she stopped having lip fillers as she wanted to be taken more seriously in the music industry.

Ben took the opportunity to joke around with Kate about this and said to Megan: “I’m trying to help Kate, for people to take her more seriously…

“Is it something you’d recommend to her as well? Has it helped, do you think Megan?” 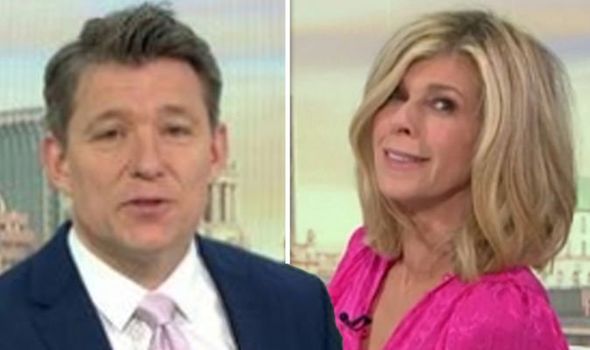 Megan and Kate just laughed at Ben’s comments and once the interview was wrapped up, Ben turned to Kate and remarked: “So, less lip filler!”

“Oh my god, what’s wrong with you today?” Kate replied. “Is it because you’ve got a big desk? You’ve gone all weird!”

Alex Beresford, who was in the studio to deliver the regular weather updates chimed in: “That’s not the only thing!”

Kate continued: “Everyones going to be saying I’ve had my lips done now. I really don’t need the controversy!”

Ben added: “Methinks she protests too much…” 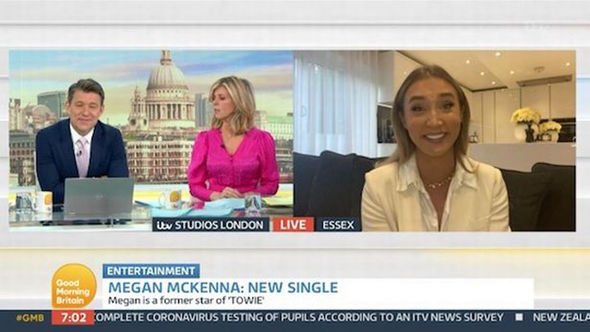 Kate has previously spoken about going under the knife and/or having cosmetic surgery.

When turning 50 – three years ago – the television presenter admitted there we’re times when she thought about having a procedure or two.

“I wanted a facelift quite obsessively for ages. But everyone said it wouldn’t make any difference at all,” she said.

“My husband thought I was bonkers. He wouldn’t want me to do it.

Speaking about their first date, Kate explained: “We went for drinks and she invited him, telling him there was a girl at GMTV she wanted him to meet.

“He thought it was Andrea McLean. He’d Googled the wrong person.

“I think he was a bit disappointed when I turned up because Andrea’s gorgeous.

“We got on straight away. I thought he was, and still is, very interesting.”

Inside Naya Rivera's Son, Sister and Ex’s New Life Together