The consumer champion is suing Facebook because the social media site published dozens of fake adverts with his image on them; what’s more, the adverts were scams designed to rip off vulnerable people. But, although it was a serious subject, Martin’s intensity and repetition of: “I DON’T DO ADVERTS” left Gogglebox viewers and stars in stitches:

The cast of the show praised Martin Lewis for “taking a stand” against scams and for trying to protect his reputation, but when he started to shout about adverts, they cracked up too.

Lee waved his arms at Jenny, saying, “He doesn’t do adverts! Adverts he doesn’t do!”

“Well he said that,” she replied with an eye-roll.

Manchester mum Julie Malone threw up her hands and said, “Right, we get the message! Chill, chill Martin!” while the rest of the family laughed and/or looked a bit alarmed.

The Siddiqui family all chuckled their heads off at Martin’s incandescent fury too, with Baasit warning Phillip Schofield: “Sense the tone, Schofield, sense the tone… you’re going to get choked.”

And true to form, Stephen Webb did a hilarious impression of Martin’s furious face: 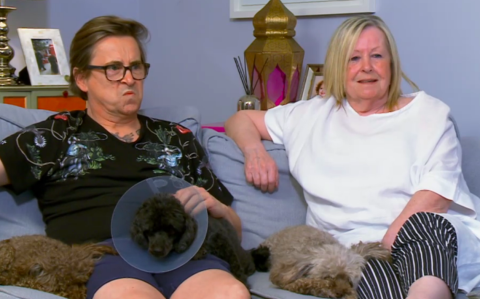 Then he summed up the whole section neatly by saying, “Well now you know, if you see his picture on anything, don’t click on it.”

And his mum had the perfect reply, “I wouldn’t anyway.”

Gogglebox continues next Friday (May 4) at 9pm on Channel 4.

Why the Holidays are Nintendo Labo’s Last Chance