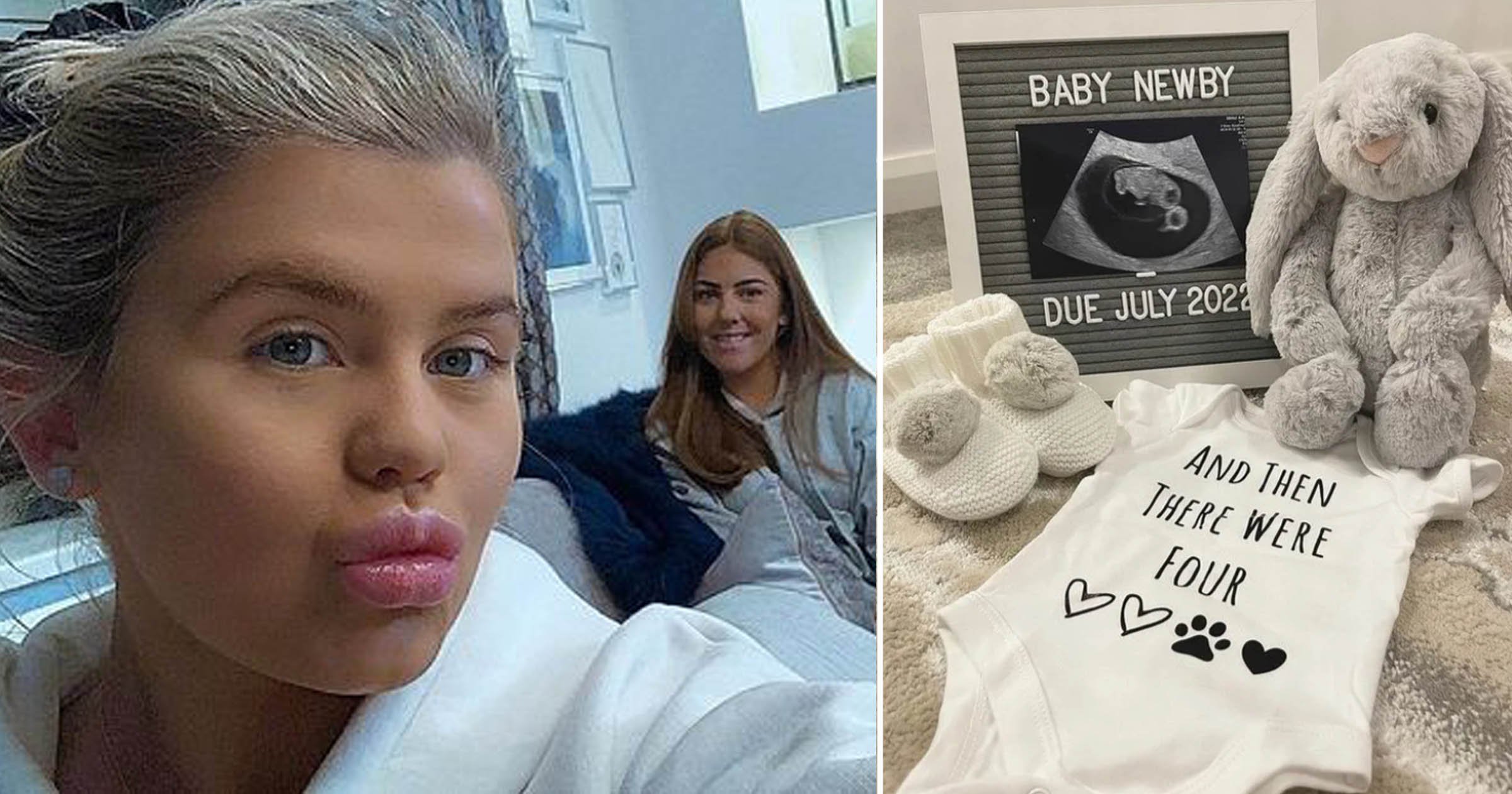 Congratulations are in order for Gogglebox star Georgia Bell, who has announced she is pregnant with her first child.

The 21-year-old confirmed the news that she’s expecting a baby with boyfriend Josh Newby on Instagram.

The pair have been dating since 2018, and Georgia was beaming with pride as she announced that a ‘Baby Newby’ was on the way.

She posted a photo of the ultrasound on Instagram alongside a selection of adorable decorations to mark the announcement.

The snap featured a teddy bear as well as knitted baby shoes and a baby grow, featuring the captions ‘Baby Newby’ and ‘Due July 2022’.

The baby grow also included the words ‘And then there were four’ – a reference to Georgia, Josh and their dog, a Staffordshire bull terrier named Vinnie.

The Durham local works as a hairdresser and has appeared on the Channel 4 programme alongside friend Abbie Lynn since 2018.

Georgia’s the latest star of the show to expand their brood, since Pete Sandiford welcomed his first baby with Paige Yeomans back in September.

He then confirmed his baby son’s name, Jimmy, in November and brought the little one onto the show.

Meanwhile, Georgia and the rest of the cast of Gogglebox have got the nation through some of the bleakest times by continuing to provide laughs during the pandemic.

Another run of Gogglebox came to an end recently with the Channel 4 programme drawing to a close for 2021 in early December.

The 18th series began in September this year, with its stars delivering entertainment, laughs and tears as they reacted to huge news stories including the fuel crisis in the UK and the latest updates on the pandemic.

Gogglebox is available to stream on All4.

Vikings showrunner reveals why Lagertha death ‘had to happen’: ‘It was difficult’

Jurassic World Fallen Kingdom Quiz, Which New Character Are You?