GOOD Morning Britain descended into chaos as Bill Turnbull lost his earpiece while stepping in for Piers Morgan.

Viewers have been delighted as Bill, 64, reunited with Susanna Reid six years after they fronted BBC breakfast together. 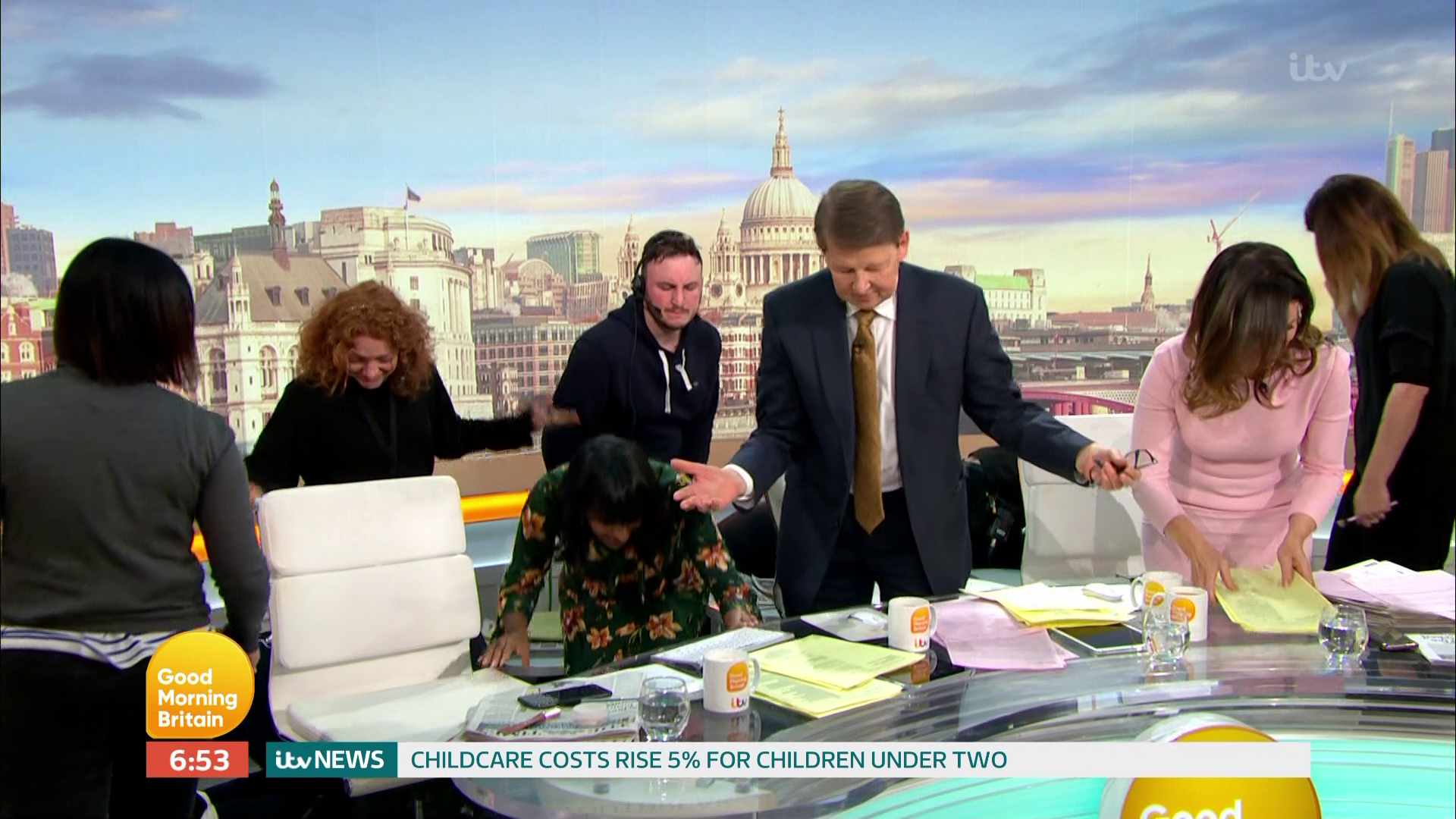 However, it seems the Wednesday hump day has gotten to the veteran reporter as the show descended into chaos when he lost his earpiece in the ad break.

Susanna was in hysterics as they played footage of the entire cast and crew searching for the tiny piece of tech to the Benny Hill music.

Susanna mocked her co-presenter: "You know that they call Wednesday hump day. Bill is really having one of those Wednesdays.

"So you'd forgotten to put your teeth in earlier and was having trouble breathing." 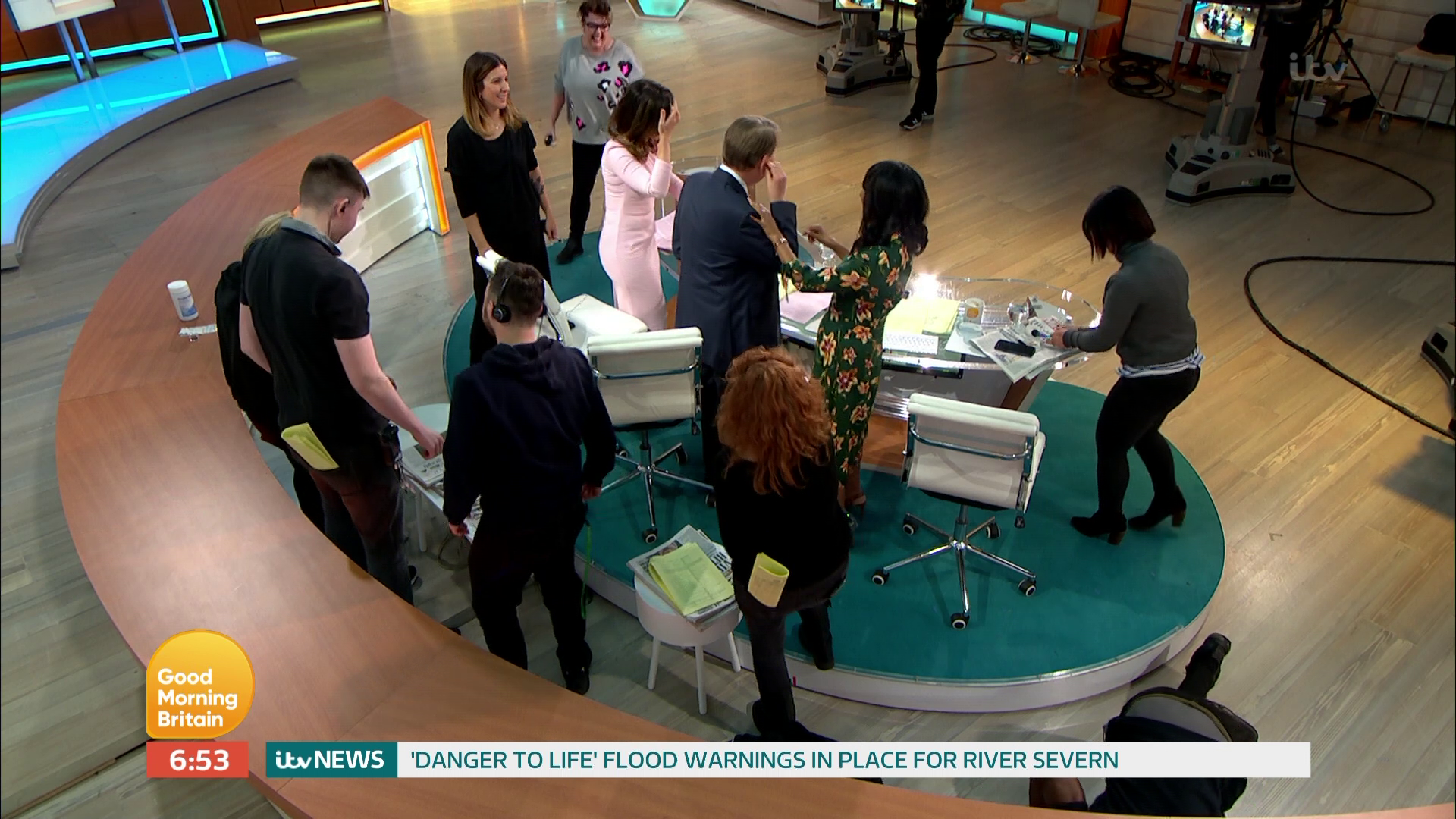 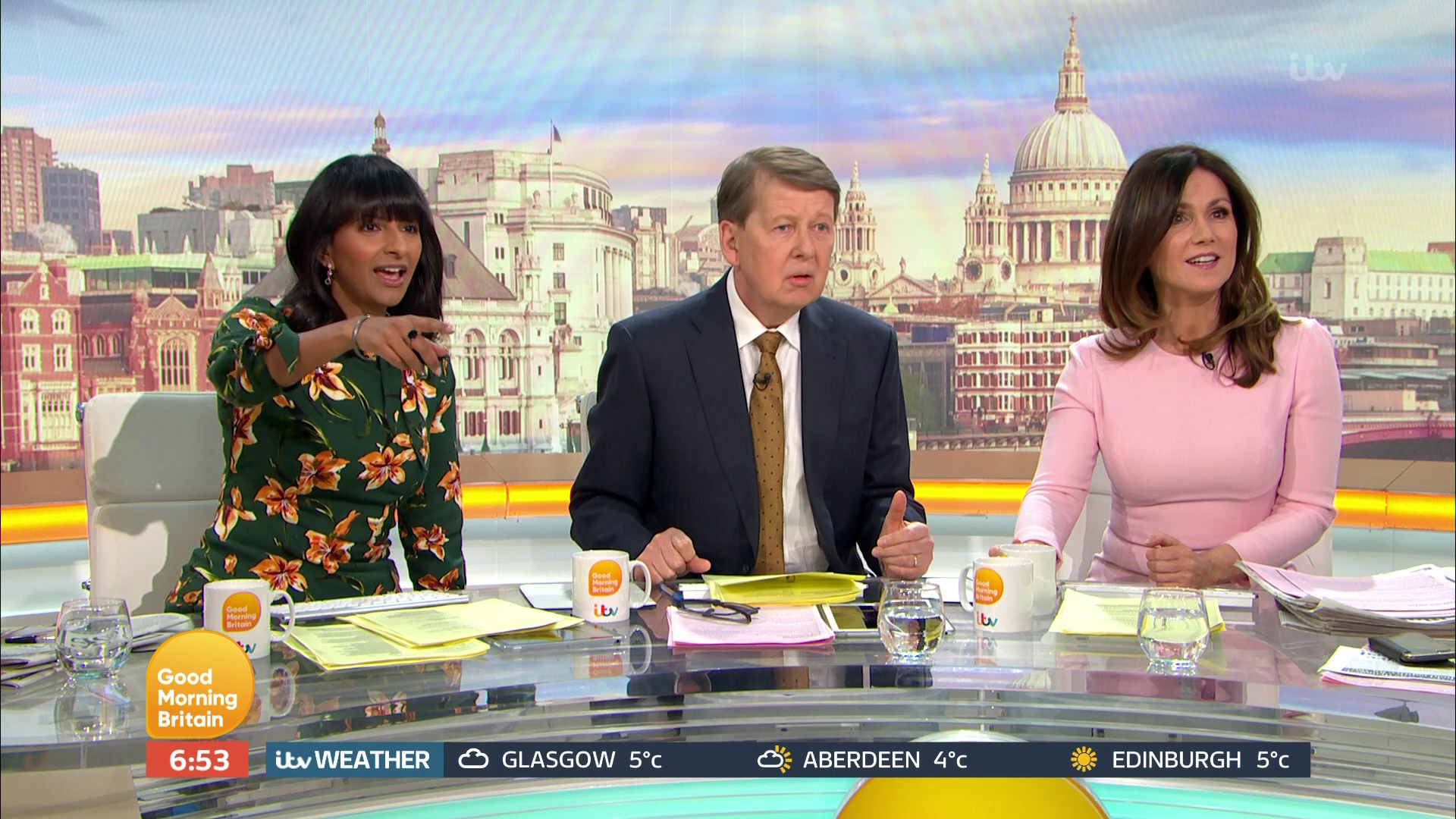 Bill continues: "I'd forgotten to put my contact lenses in and have to wear my glasses.

"My earpiece popped out in the break and we can't find it anywhere. So the entire team – thousands of people who work in the studio…"

Susanna added: "If you think we've staged this we absolutely did not, this is what happened in the break."

However, one of the people in the studio found the earpiece lodged in the scripts, which was obvious once everyone was on the other side of the desk. 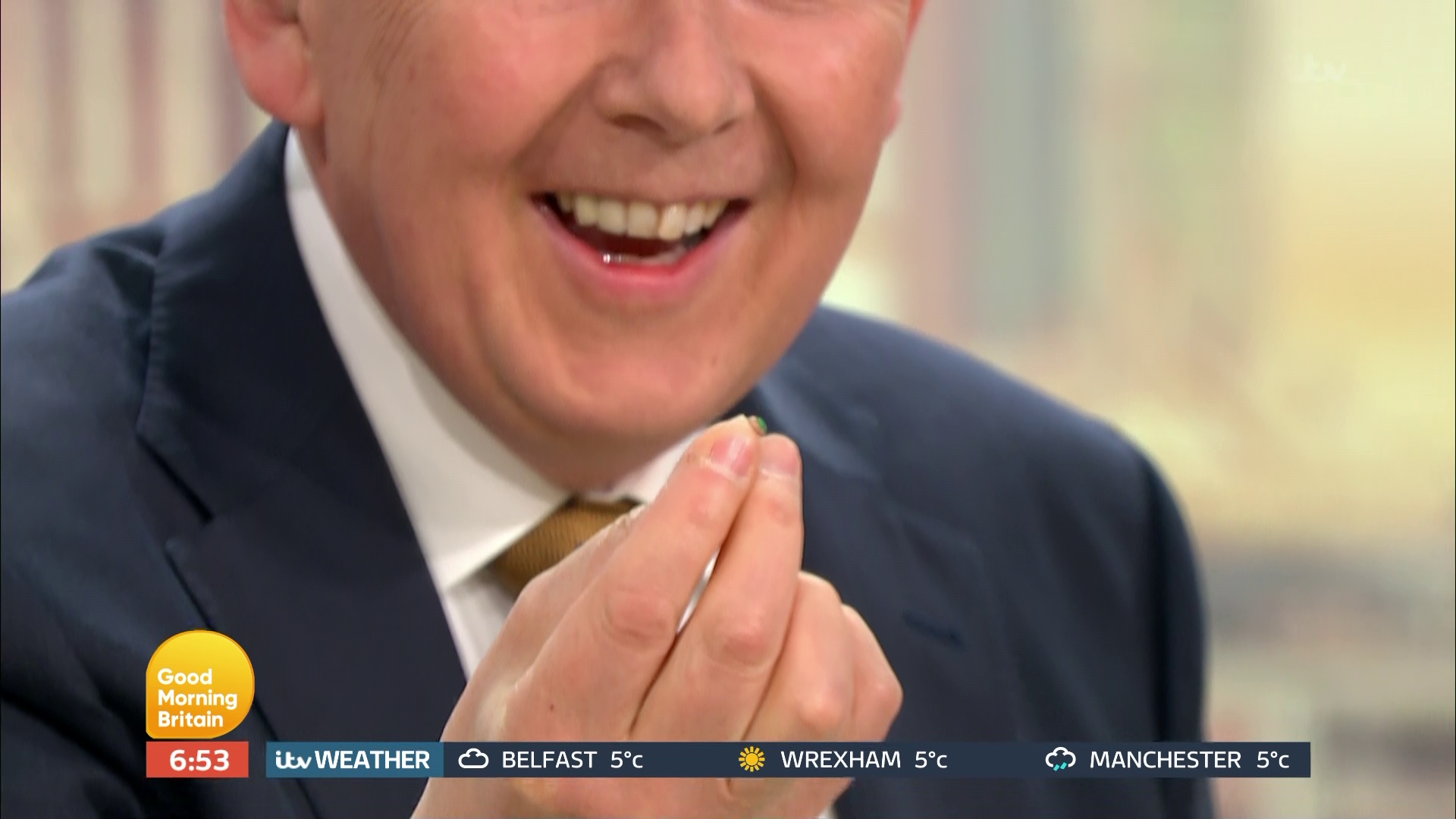 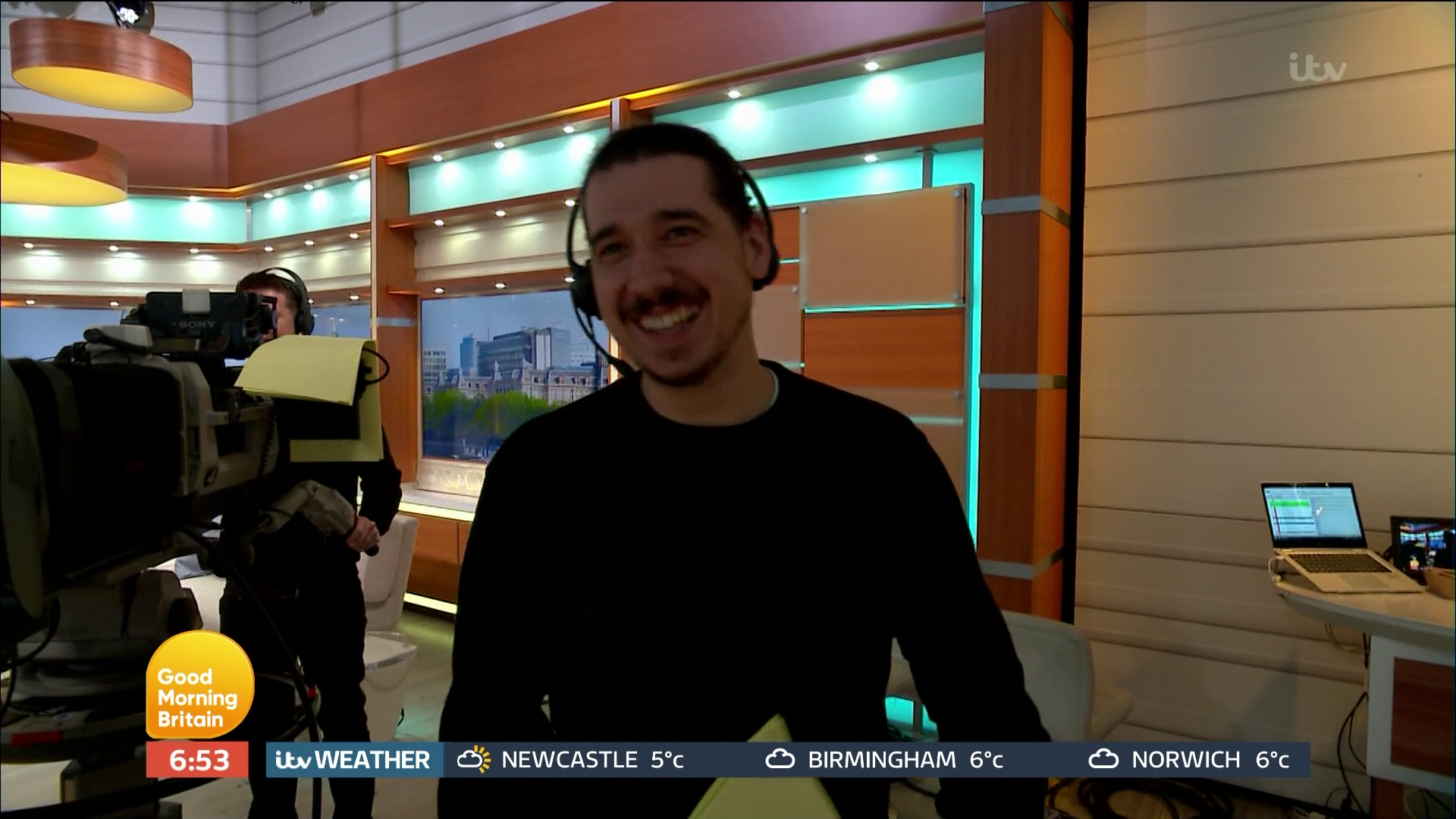 Bill made viewers laugh yesterday when he took a cheeky swipe at Piers Morgan on Pancake Day.

A pancake artist created Bill and Susanna's faces out of batter.

Bill then saw the opportunity to take a swipe at Piers, saying: "They were going to do one for Piers but they couldn’t find a pan big enough for his head."

Which countries have the death penalty and how many people are executed in the world every year?