GREG James has revealed he was "kidnapped" from a Brits 2020 afterparty in a bizarre Radio 1 stunt.

The 34-year-old breakfast presenter is still missing after failing to turn up to his show this morning. 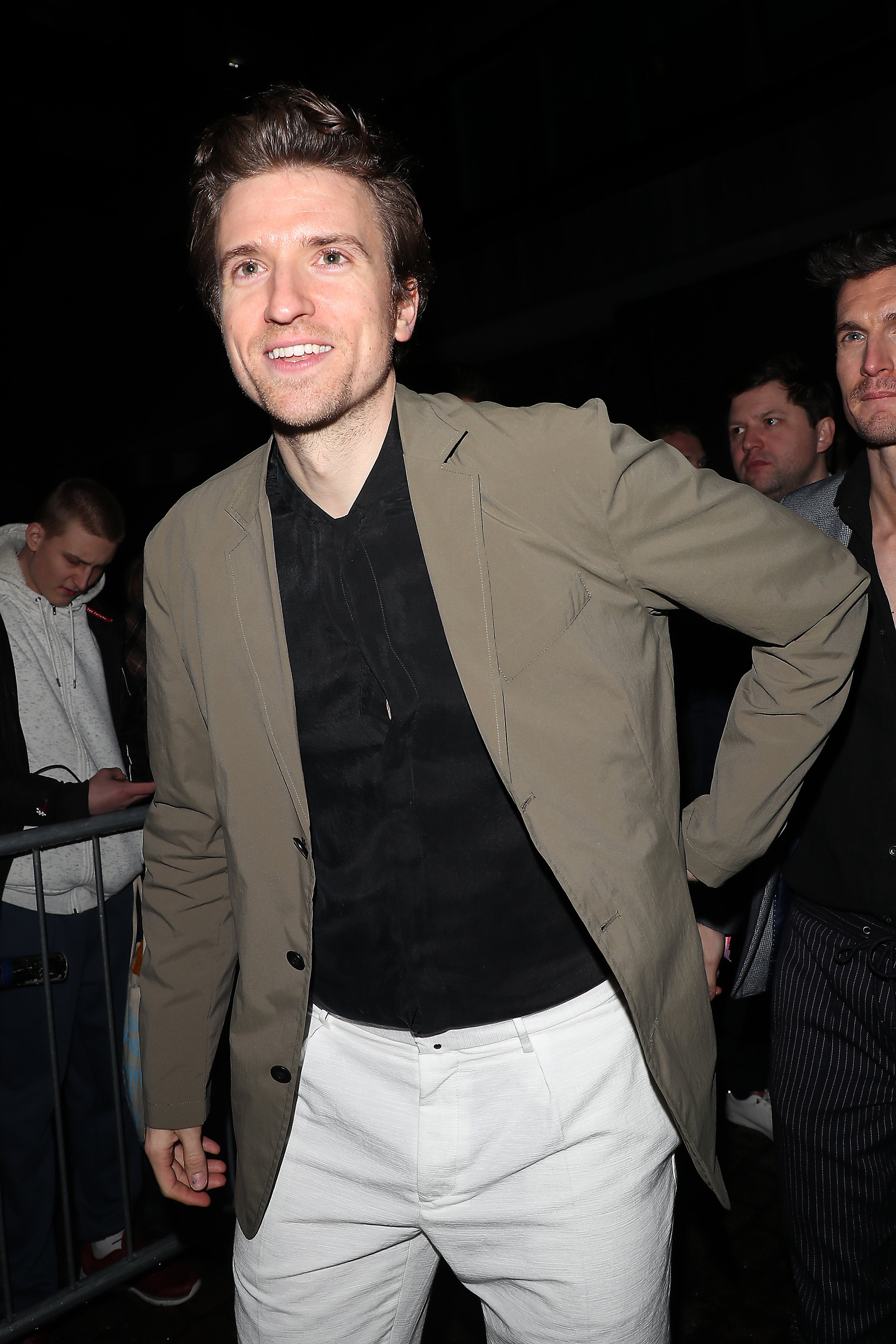 Presenters Adele Roberts, Jordan North and Matt Edmondson were all forced to step in to cover him, claiming he had slept in after a boozy night out.

But now it's been revealed the host was bundled into a car and taken to unknown location where he is being held. He still has no idea where he is.

"I was listening to the whole thing from a room somewhere, but I don't know where I am. 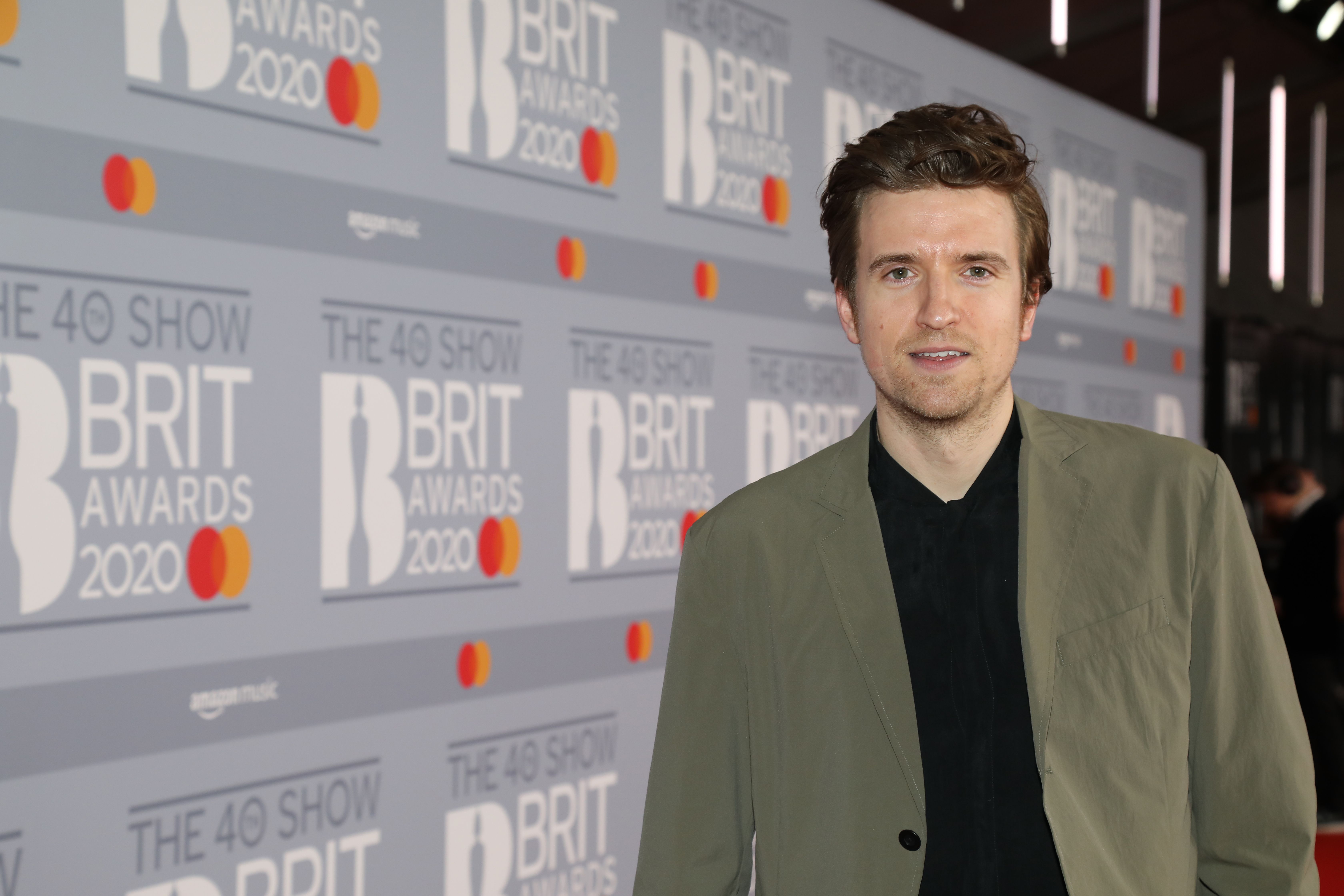 "All I know is I've been taken to the 'bosses' house'. I now need everyone to help me figure out who's taken me so I can be released.

"It's important to say, I'm completely in the dark on this. It's quite disorientating."

Explaining how he was "kidnapped", Greg added: "I was pushed into a car with headphones put in and no one was talking to me. Then I was bundled out of it and put in this white box room.

"I'm still wearing the clothes I wore to the Brits last night."

Listeners were convinced it was a set up when they heard Greg was missing after a boozy night out at the Brit Awards last night.

One listener said: "This is clearly a set up. Part of the show. It’ll be like Hide & Seek."

Another added: "I definitely reckon Greg James has gone off on a hide and seek game again."

His wife Bella Mackie even joined in on the wind up, by tweeting: "My husband didn't come home last night."

They were seen partying at the Warner Records bash after the awards ceremony at London's O2.

Early Breakfast presenter Adele Roberts claimed she wasn't involved in the stunt as she took over from him at the last-minute, reassuring listeners: "Please don't worry about Greg James.

"He is definitely safe and sound.. he is just very much asleep." 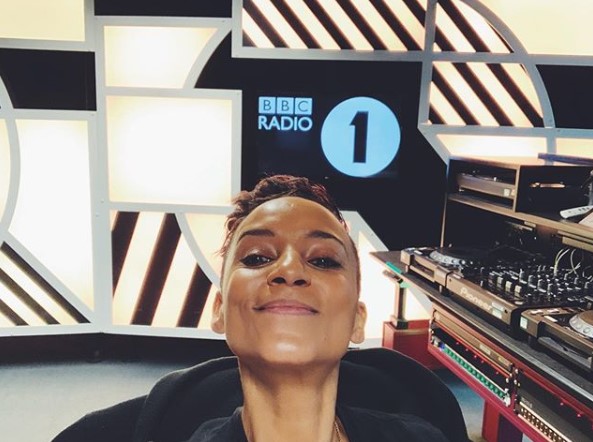 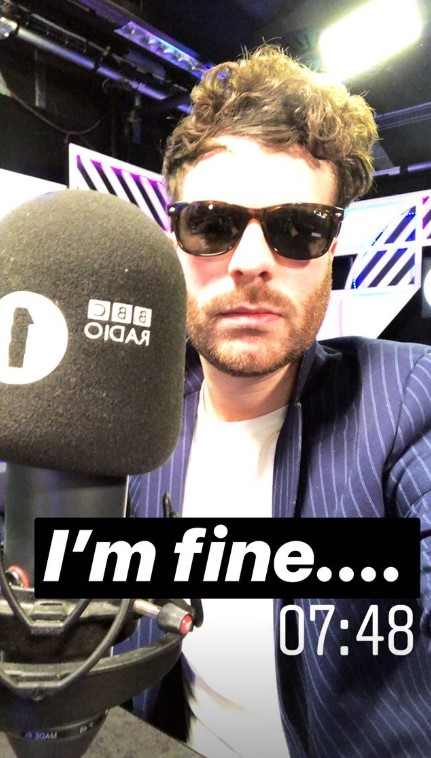 Adele was joined by presenter Jordan North who added: "He's in a lot of trouble. It's the biggest breakfast show in the world and he hasn't turned up."

Defending Greg, Adele said: "To be fair he is usually punctual.

"This year though, it's a no-show. Do you think he'll make it in? I have no idea what's happening on the show."

Greg took over from Nick Grimshaw as host of the Breakfast Show in August 2018.

It kicks off at 6.30am, which means an early 4am wake-up call Monday to Thursday.

But this morning Radio One claimed he'd gone AWOL. 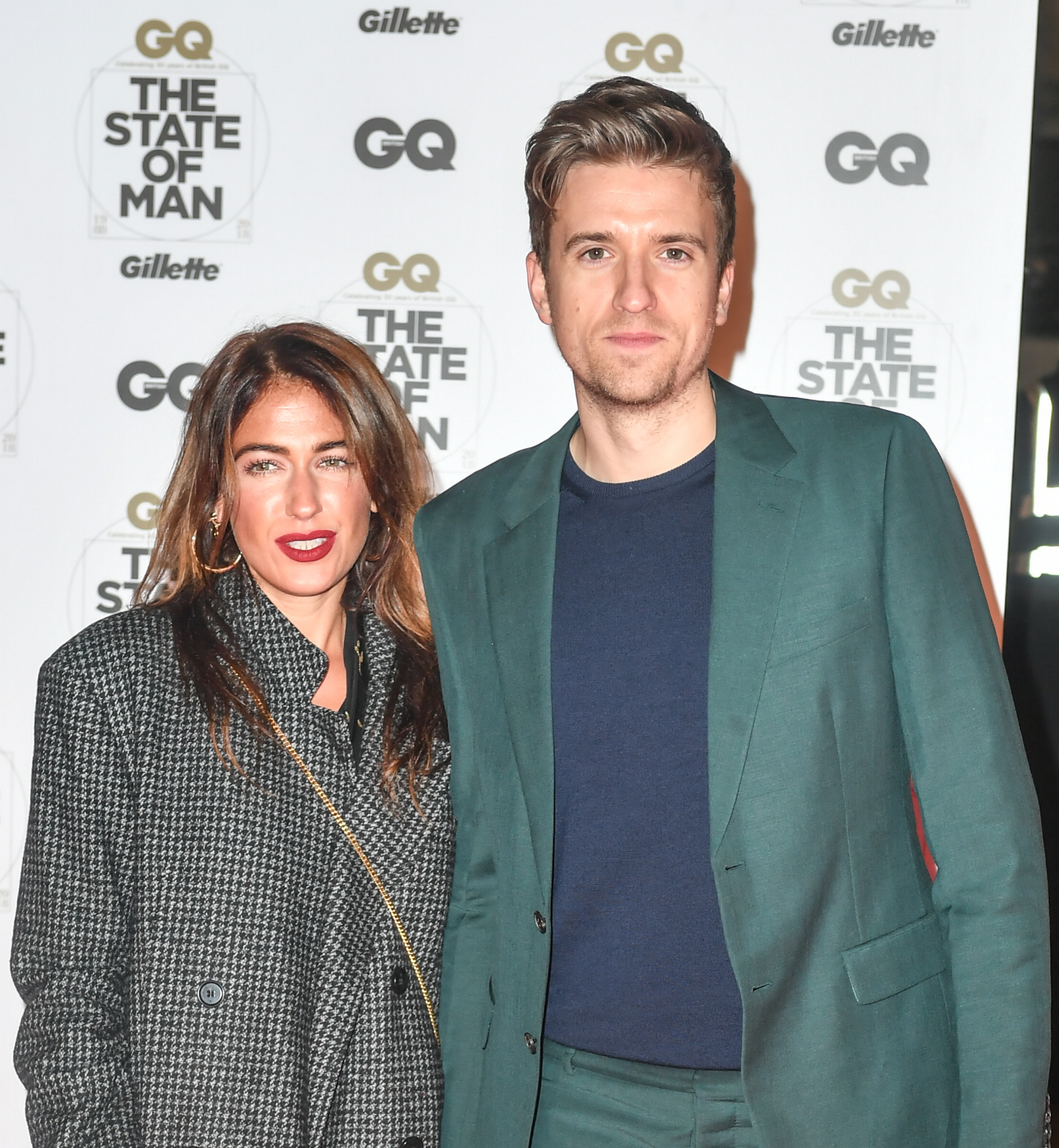 Greg wrote on Instagram last night: "What a night. 6:30am is gonna be fun."

Adele asked: "Is this a joke?" as she worried she'd been set up by Greg for a joke before labelling him a "dirty no-show".

But Matt Edmondson said he'd had the "most panicked call you could ever receive" from one of the bosses who said Greg had failed to arrive at work.

He described Greg as "the least likely presenter to go missing after the Brits" before adding: "I'm telling you now he's up to something." 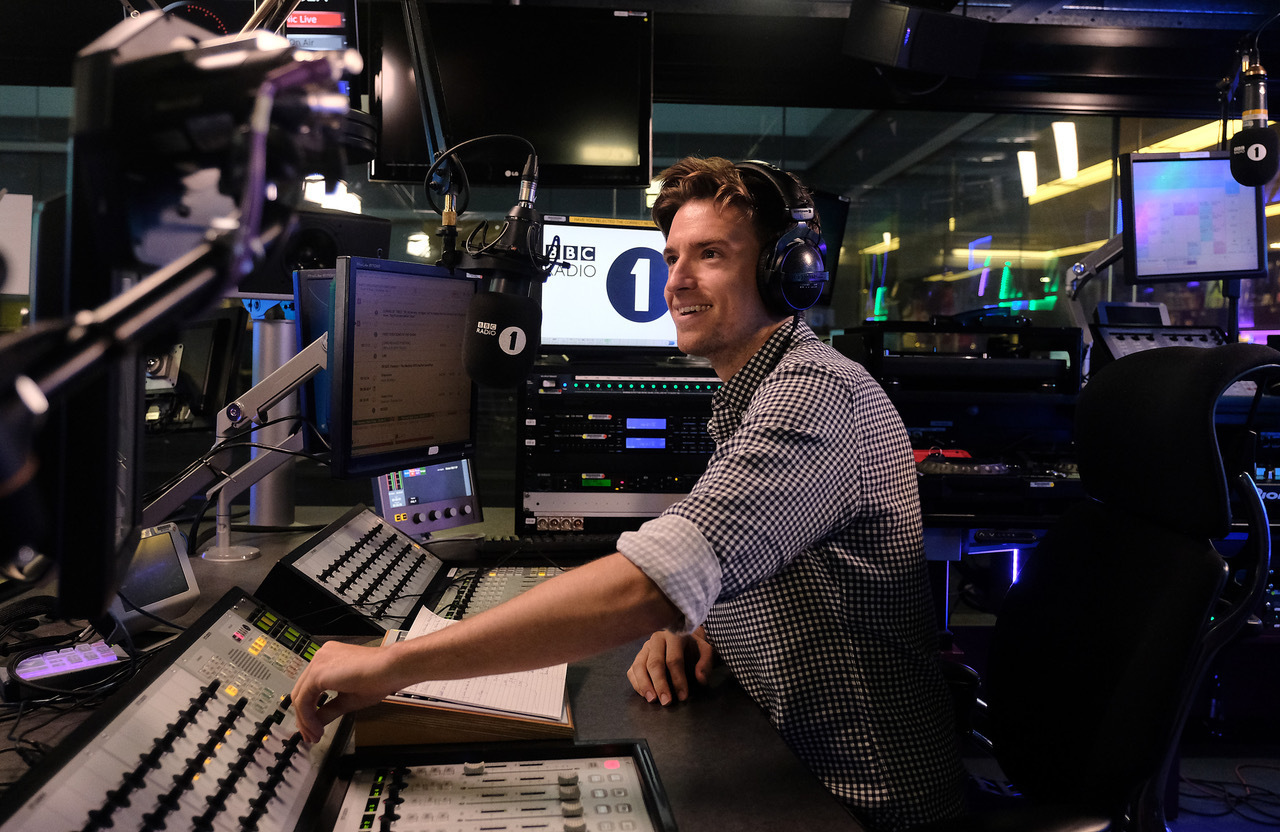 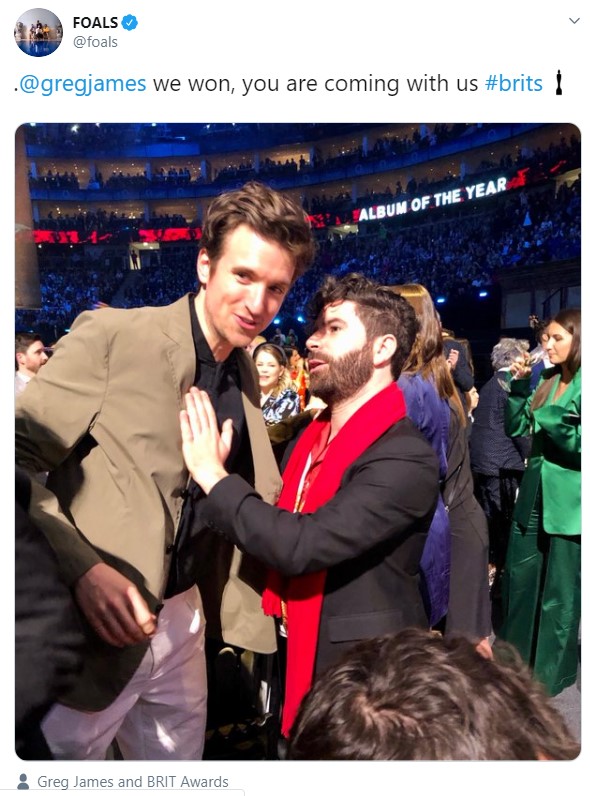 Another said: "So invested in this… NEED to hear Greg turn up so I'm secretly listening to the @BBCSounds app at work."

Someone else said: "Greg James not making it in to work after the Brits is literally all of us. Except the whole nation knows about it."

T.I. to Star in Drama Series ‘Twenty Four Seven’ in Development at CBS All Access, 50 Cent to Produce

Kendall and Kylie Jenner Launch Collection for Amazon's The Drop

The Conners Exclusive: Cheryl Hines Has Her Sights on Jackie…