Grey’s Anatomy might have a big change with Meredith Grey (Ellen Pompeo) leaving Grey-Sloan Memorial Hospital. But a teaser shows Miranda Bailey (Chandra Wilson) won’t let her go without a fight and it just might kill her.

Meredith took a side job at the beginning of season 18. Dr. David Hamilton (Peter Gallagher) in Minnesota hired her to lead a team to find a cure for Parkinson’s disease. He was sick with the illness himself and he wanted Meredith to cure him.

Meredith agreed to work in Minnesota for two days out of the week. She’s also started dating Nick Marsh (Scott Speedman), so she has spent even more time in the state to have dates.

Dr. Hamilton had his groundbreaking surgery in “Legacy.” But he’s not ready to let go of Meredith. He asked her to become the director of the Grey Center and Chief of General Surgery. Meredith is considering it. 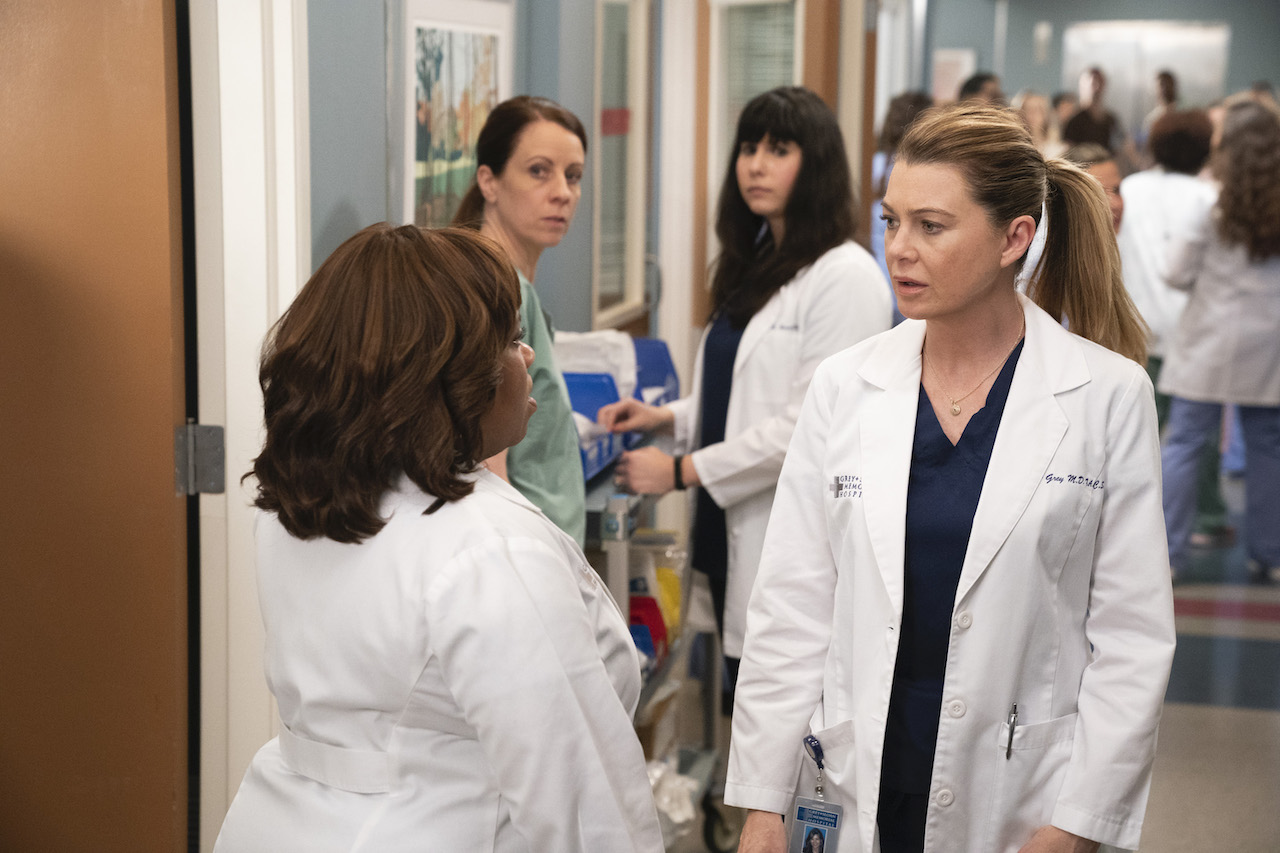 Nick met Meredith’s kids to help her consider if life in Minnesota would be right for them. “Road Trippin’” showed Meredith sick at home with Zola (Aniela Gumbs). In the end, Meredith revealed the job offer to her, and asked how she would feel about them moving. “I would follow you anywhere,” Zola told her.

It looks like there’s nothing holding Meredith back from moving. But the teaser for the next episode “Put It to the Test” shows Bailey isn’t happy about the possible change.

“They’re trying to poach Meredith Grey!” Richard Webber (James Pickens Jr.) yells. “This program raised you! I raised you!” Bailey yells at Meredith. She then starts clutching her chest like she’s having a heart attack.

Miranda Bailey had a heart attack before

This wouldn’t be Bailey’s first heart attack. She had one back in season 14 in the episode “(Don’t Fear) the Reaper.” Miranda got so stressed out by the hospital and Ben Warren (Jason George) becoming a firefighter that she had a heart attack.

Obviously, Miranda survived it so there is hope that she’ll survive this as well. Fans shared their reaction to the teaser on Reddit.

“Bailey fired Meredith. Why is she having a heart attack because she’s leaving?” one fan asked.

“I know Meredith is the sun or whatever but Bailey having a heart attack at the idea of losing Meredith is a little overboard,” one fan wrote.

“I think it has more to do with the hospital she’s spent her entire professional career at guiding, facing losing its residency program while she’s struggling because of a physician shortage and she might lose her most famous, biggest money-earner, student-attracting surgeon,” another person replied. “I think Richard would have had a conniption if something like this happened in his tenure. Plus, I don’t think she’ll actually have a heart attack- it seemed like dramatic cutting for a trailer to me.”

Someone else had an interesting theory. “Bailey has a heart attack and can’t be chief anymore so the job goes to Meredith and she stays ?” one person guessed.

Fans will have to wait and see how Bailey’s medical emergency plays out. “Put It to the Test” airs on Apr 7, 2022, on ABC.

Man shares dramatic letter he wrote to his mother

Where is the chateau in Escape to the Chateau?

Retired Colonel, 84, 'rather amused' by 'sad news' of his OWN death

I'm a Denim Expert, and These $22 Jeans From My Target Are My Go To