Grey’s Anatomy had to finish its 16th season earlier than expected after not being able to film the entirety of the series before lockdown commenced. This meant the season had to finish with Put On A Happy Face despite there being four more episodes planned for the ABC medical drama. There are now questions and theories emerging on how the show was actually intended to end.

The 16th season of Grey’s Anatomy, unsurprisingly, left fans with a few questions.
In the finale, Amelia Shepherd (played by Caterina Scorsone) had her and Link’s (Chris Carmack) baby but did not reveal what they were going to call their child.
Then there was the future of Dr Teddy Altman (Kim Raver) and Owen Hunt (Kevin McKidd).
She had cheated on Owen with ex-boyfriend Tom Koracick (Greg Germann) the day before they were due to get married.
Owen found out when she accidentally rang him while she was with Tom and he told everyone the wedding was off.
So will Owen be able to get over this betrayal or are they over for good? 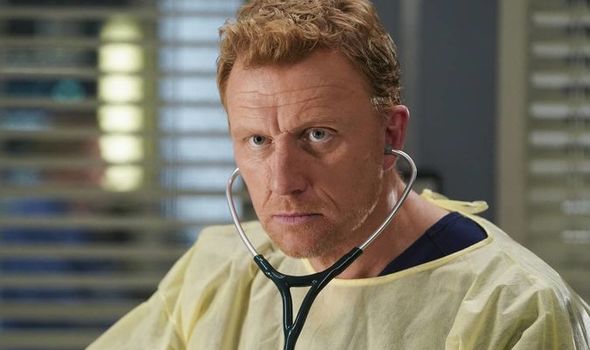 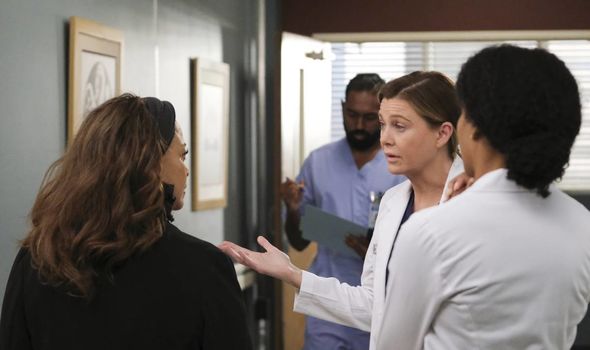 Was Grey’s Anatomy’s season 16 supposed to end with an explosion?

Last week, ABC released a press release revealing more details about the season three finale of Station 19 which had already been filmed prior to lockdown.
The channel announced the episode would be called Louder Than A Bomb and the description for the finale reads: “The members of the crew work to evacuate a doctor from Pac-North hospital and find themselves in a life-threatening situation”.
Fans of the show will know that Pacific Northwest General Hospital – better known as Pac-North – has been heavily featured in season 16 of Grey’s Anatomy.
After Dr Alex Karev (Justin Chambers), Dr Richard Webber (James Pickens Jr), Owen and Dr Maggie Pierce (Kelly McCreary) had been fired from Grey Sloan Memorial Hospital, they jumped ship to Pac-North.
Thankfully, all of them did later return to Grey Sloan when Catherine Avery (Debbie Allen) purchased Pac-North hospital as well. 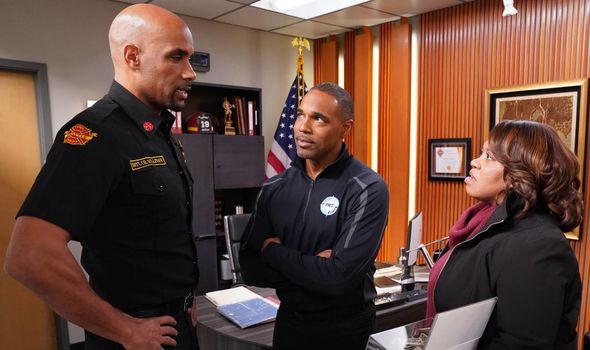 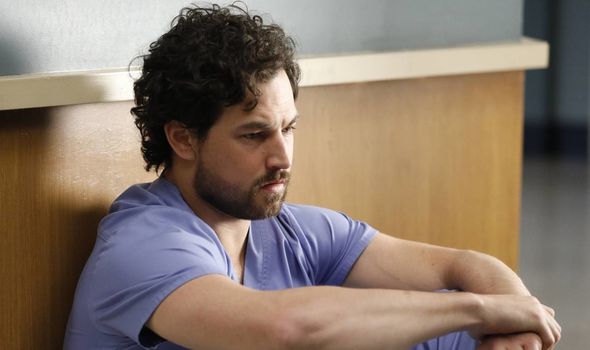 As now the doctors are able to go between both hospitals, would any of the Grey’s Anatomy cast have been caught up in the explosion?
ABC has also confirmed Meredith Grey (Ellen Pompeo), Amelia, Teddy and Dr Carina DeLuca (Stefania Spampinato) will all be appearing in the Station 19 finale on Thursday, May 14.
The show has not yet confirmed if there will be a death in the finale but showrunner Kirsta Vernoff has said Station 19 and Grey’s Anatomy’s final episodes were linked.
She told TV Line: “Ironically, when fans watch Episode 15 and 16 of Station 19, they will probably have a feeling of some of what we had planned for [the original Grey’s finale].”

Vernoff also told the publication how she had to edit some of the Grey’s Anatomy footage out of Station 19 in a bid to avoid any spoilers if the show was to continue with the same storyline for season 17.
Talking about what’s going to happen next in the show to Deadline, Vernoff said: “I have not formulated that plan yet. In about four weeks, I’m going to get in a room with the writers, and we’re going to talk about all of it.
“I know that a lot of us are having brainstorms since we have so much time at home.
“A lot of us are texting each other, and going, ‘Oh, what if we did this? What if we do that?’
“So I have a feeling that their [Grey’s Anatomy characters] stories are going to change some, from what we had planned, and that we’ll repurpose some of what we had written and use it in the early episodes of Season 17.”

Grey’s Anatomy received a double renewal for both seasons 16 and 17 last year from ABC.
The show is now the longest-running medical drama in history with no sign of slowing down anytime soon.
So far, a release date has not been announced for series 17 but it is likely to be delayed due to the coronavirus pandemic.
Grey’s Anatomy season 16 is available to watch on ABC.

Could There Be a Halloweentown Reboot? Phillip Van Dyke Tells All

Labor Day Sales A to Z