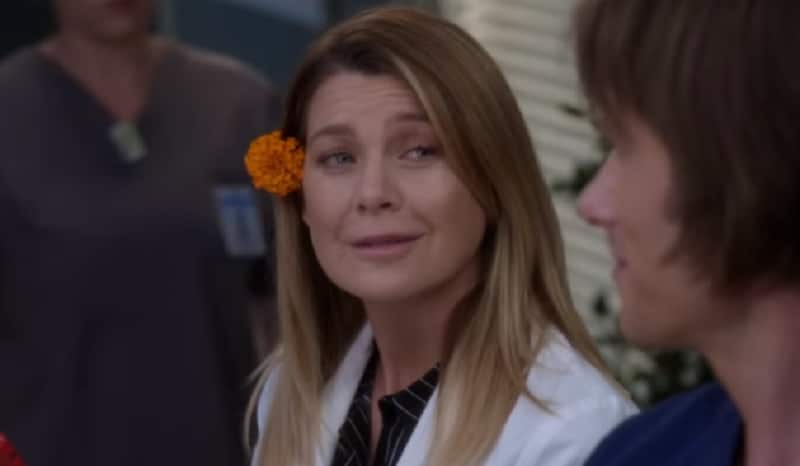 Grey’s Anatomy has a theme episode to entice viewers. This one will focus on the nurses at the hospital, giving a unique perspective on what goes on each day.

It’s an interesting direction to take the episode, especially with a new popular character among the cast members.

It turns out, that the writers have been promoting one particular nurse in more scenes, all as a way to make her more familiar to viewers ahead of this episode.

On November 8, Nurse Frankie (played by Stacey Oristano) is going to have a starring role. Rather than be the background character helping the doctors at Grey Sloan Memorial Hospital, she is going to become a focal point.

As shown in the new sneak peek for Grey’s Anatomy, this is being promoted as a very dramatic episode. The description hints at Catherine being in Los Angeles, Meredith and Koracick participating in a confidential consultation, and a pregnant nurse collapsing at the hospital.

In addition to the situation with Nurse Frankie, there is going to be a lot of drama exposed in the Jackson (Jesse Williams) and Maggie (Kelly McCreary) relationship. Another woman is teased, presenting some hints at where Jackson has been lately.

After the emotional episode on November 1, where Meredith was shown with a number of characters from her past, this is a great follow-up by the writers of the show. There are a lot of situations and dramatic moments placed in this one-hour installment.

Don’t miss the next episode of Grey’s Anatomy

The new episode is called Anybody Have a Map? That’s also a good description of how viewers will feel after watching an episode packed with various storylines that include all of the main characters this season.

This Top Is So Effortlessly Flattering And Majorly on Sale!

ISIS warn plane passengers ‘you will be easy prey’