GWEN Stefani surprised fans at her Las Vegas concert Wednesday night with her boyfriend Blake Shelton, 43, joining her on stage to perform their duet, Nobody But You.

The longtime couple brushed off the tension from their run-in with Gwen’s ex-husband Gavin Rossdale, 53, earlier in the week by having some performance fun. 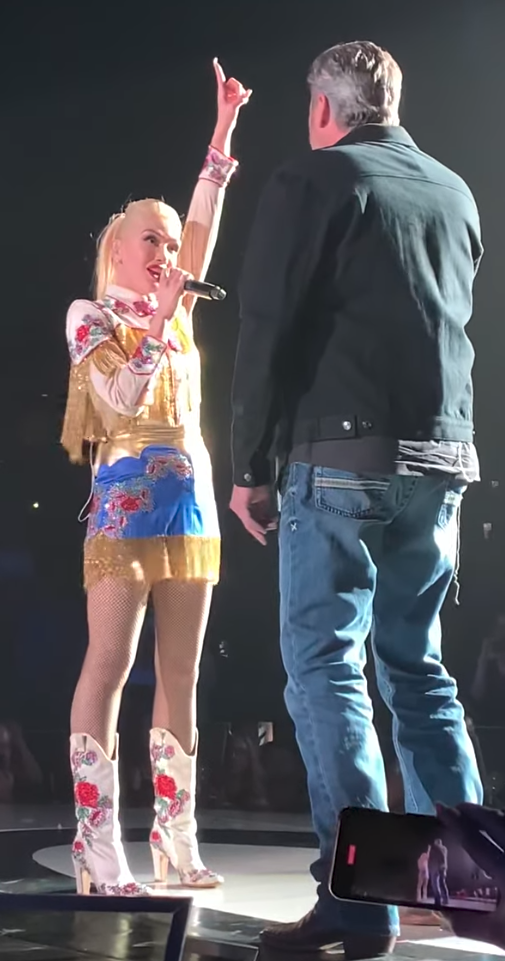 In the midst of her Las Vegas residency, the 50-year-old singer spiced things up by bringing out her country singer boyfriend, and the audience cheered like crazy when she did.

The two kept close to each other while performing, smiling throughout the performance and leaning into one another.

The music video for the 2019 single played on screens while the duo brought it all to life for fans right there in person, showing off their chemistry the whole time.

At the end, Blake bowed down to his girlfriend before waving to the crowd.

Gwen celebrated their duet by jumping into Blake’s arms and wrapping both of her legs around his waist. 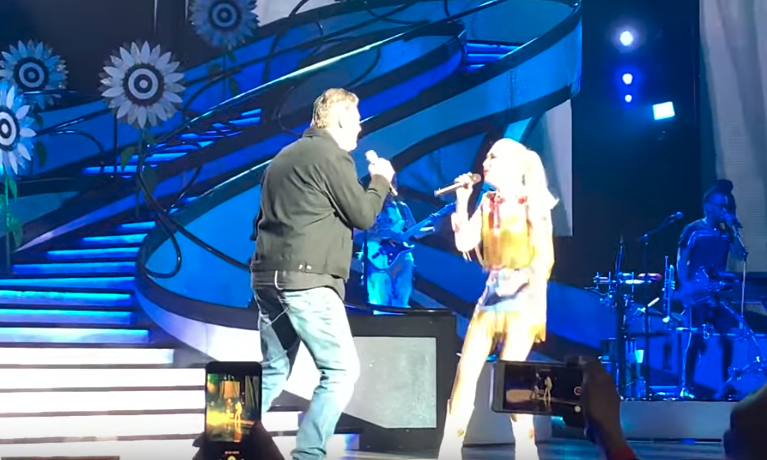 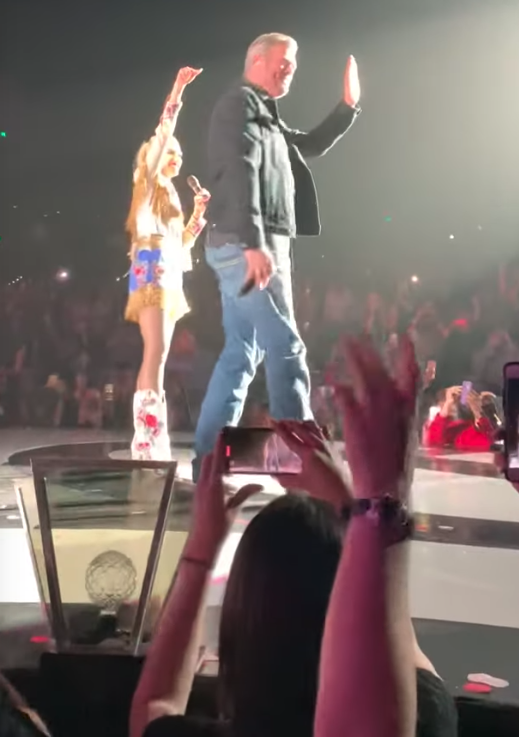 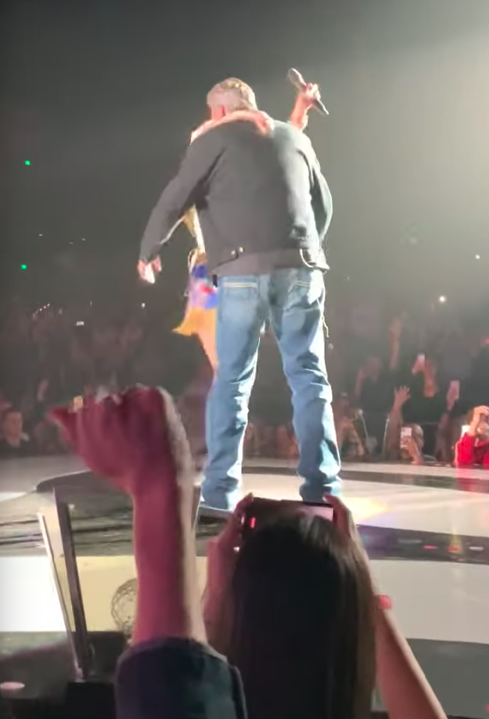 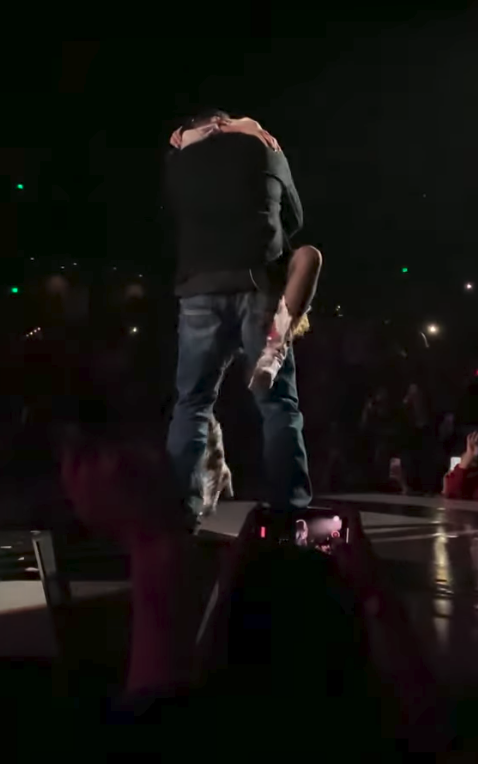 Of the show, one fan tweeted: “Surprise appearance by Blake Shelton at Gwen Stefani’s Vegas show tonight! She was amazing and so was he! JLo ain’t the only one who has it going on at 50!”

Another wrote: “I'm literally crying with gwen and blake being together on stage.”

Nobody But You, released in December, is only the duo’s latest song together.

They released their first duet, Go Ahead and Break My Heart, in 2016, and followed it up with a holiday song, You Make It Feel Like Christmas, in 2017. 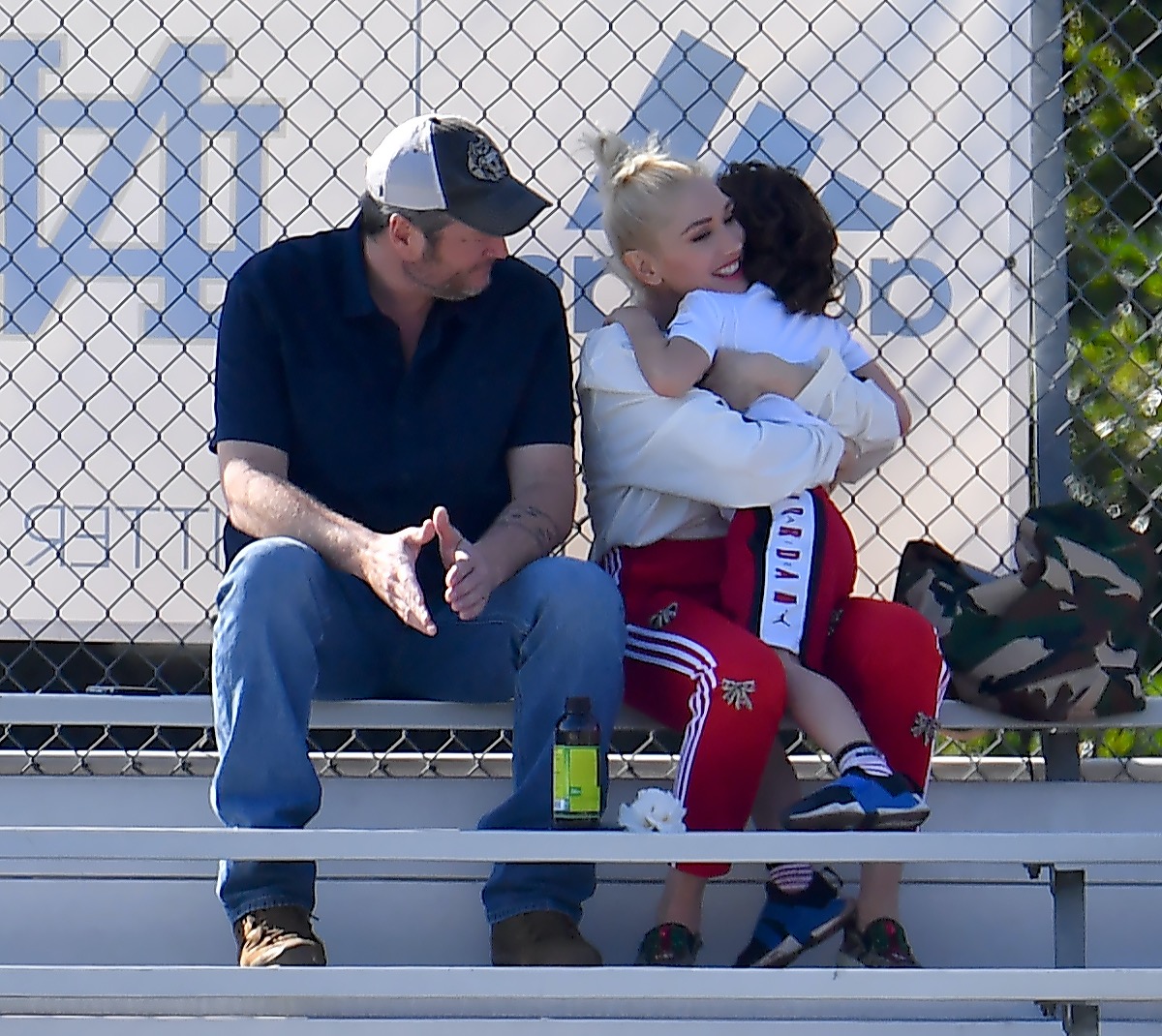 The Voice coaches have been dating since 2015, after Gwen split from Gavin and Blake split from Miranda Lambert.

The Sweet Escape singer, who share three sons — Kingston, 13, Zuma, 11, and Apollo, 5 — with her ex-husband, is not on good terms with Gavin since she found out he allegedly had an affair with their nanny and divorced him.

Earlier this week, she attended Kingston’s football game with Blake and the two completely ignored Gavin, sitting on opposite sides of the bleachers and even turning away when he came closer to them to say goodbye to his other two sons who were there.

Best Rom-Coms To Watch on Disney+ for Valentine's Day 2021

Chilling pics show paedo with boy, 12, moments before he lured him to abandoned building then raped and murdered him – The Sun