The Australian comedian voices a minor character in the animated film, alongside the likes of Gal Gadot, James Corden and Jack McBrayer.

The new movie – called Ralph Breaks the Internet – is set six years after the original. It revolves around Wreck-It Ralph getting lost in the internet. Along the way, he meets a whole raft of characters from the Disney universe, including princesses and and familiar faces from the Pixar films.

Along the way, Ralph stumbles across an apocalyptic world where he meets a street-racer called Shank (voiced by Wonder Woman's Gal Gadot). Blake voices a member of Shank's gang called Pyro.

"It was a massive buzz to be asked to be part of this," the Australian comedian said in a statement. "I loved the first movie. Whilst I only have a few lines in the film, I'm positive movie-goers will agree they are the heart and soul of the movie." 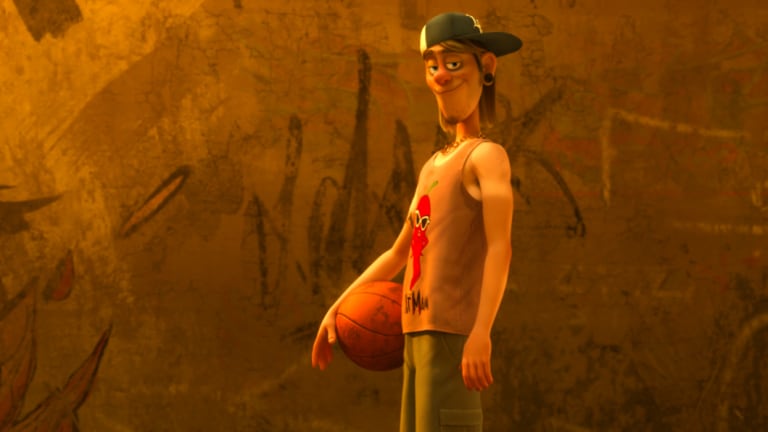 Blake also turned to social media to joke about his small cameo, revealing he appears in just four scenes.

"I'm so pumped to be in this," he wrote. "It's a dream come true and I wanted to keep it a secret 'till my wife saw it in cinemas. but, honestly, look at that [movie] poster. She was always going to find out!"

Blake has continued to enjoy success after stepping away from his top-rating radio show with longtime collaborator Andy Lee late last year. The second season of the pair's TV show, True Story with Hamish and Andy, is airing on Channel Nine.

Ralph Breaks the Internet is due to hit Australian cinemas on Wednesday, December 26.