The 25-year-old star looked care-free as he enjoyed a day in the sun with his 17-year-old pal. 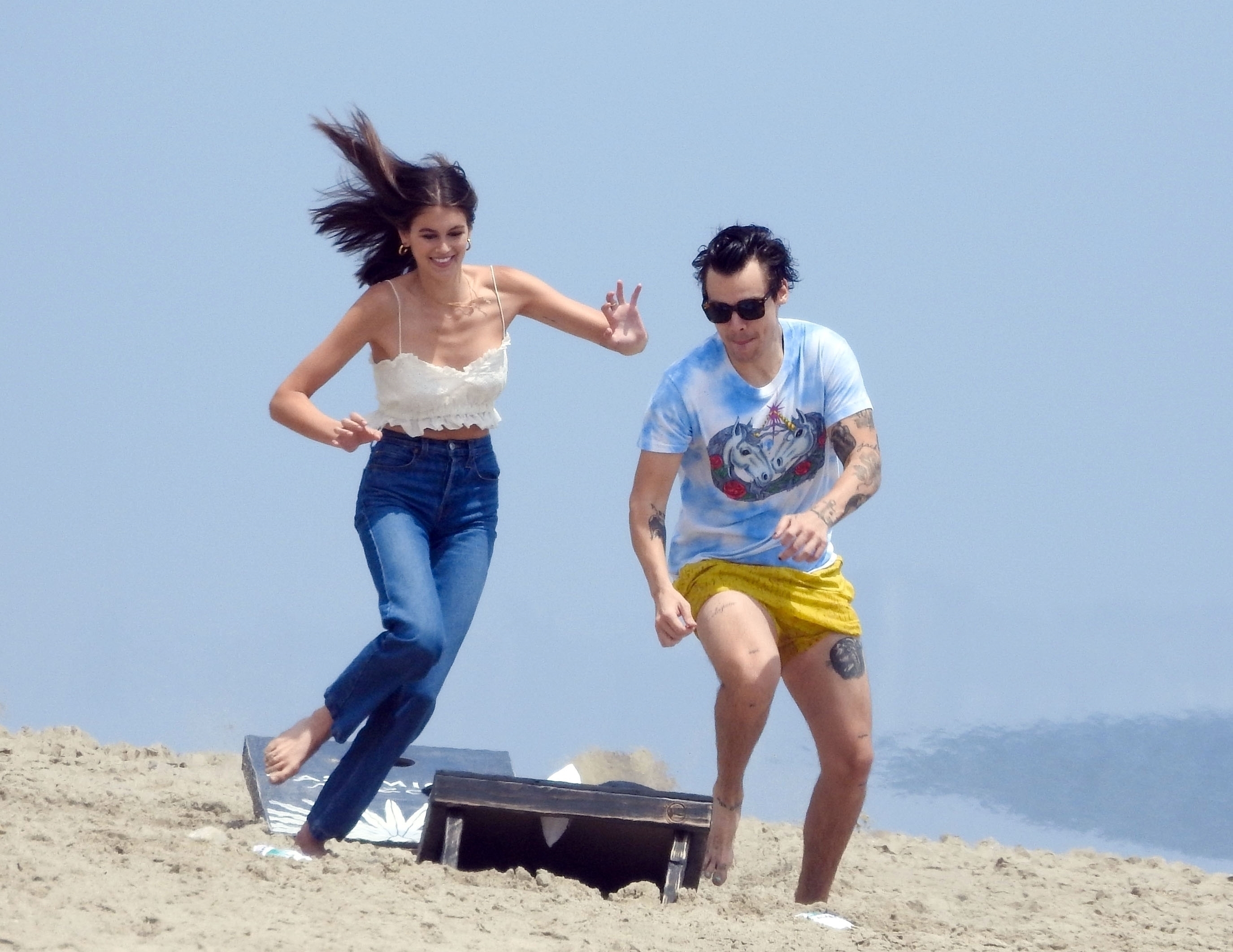 The former One Direction star had his multiple leg tattoos on display in the bright bottoms, which he teamed with a blue tie dye T-shirt with a unicorn print.

The hunk's short brown hair was curled and windswept, and he completed the casual look with a pair of dark sunglasses.

Kaia was less-beach ready, covering up in a pair of blue jeans, which she paired with a white crop top.

The stunning model accessorised with gold hoop earrings and had her long brown hair loose around her shoulders. 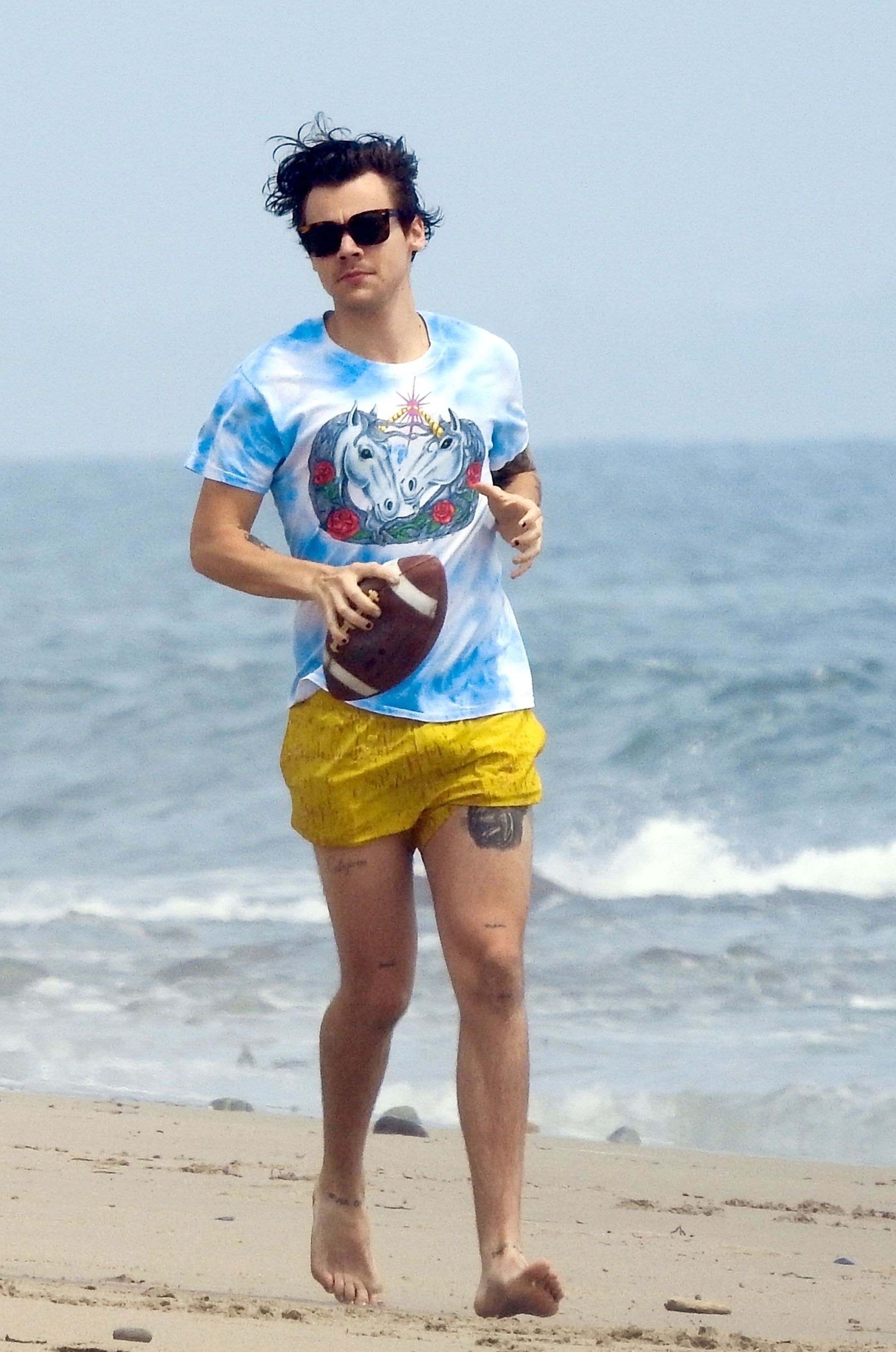 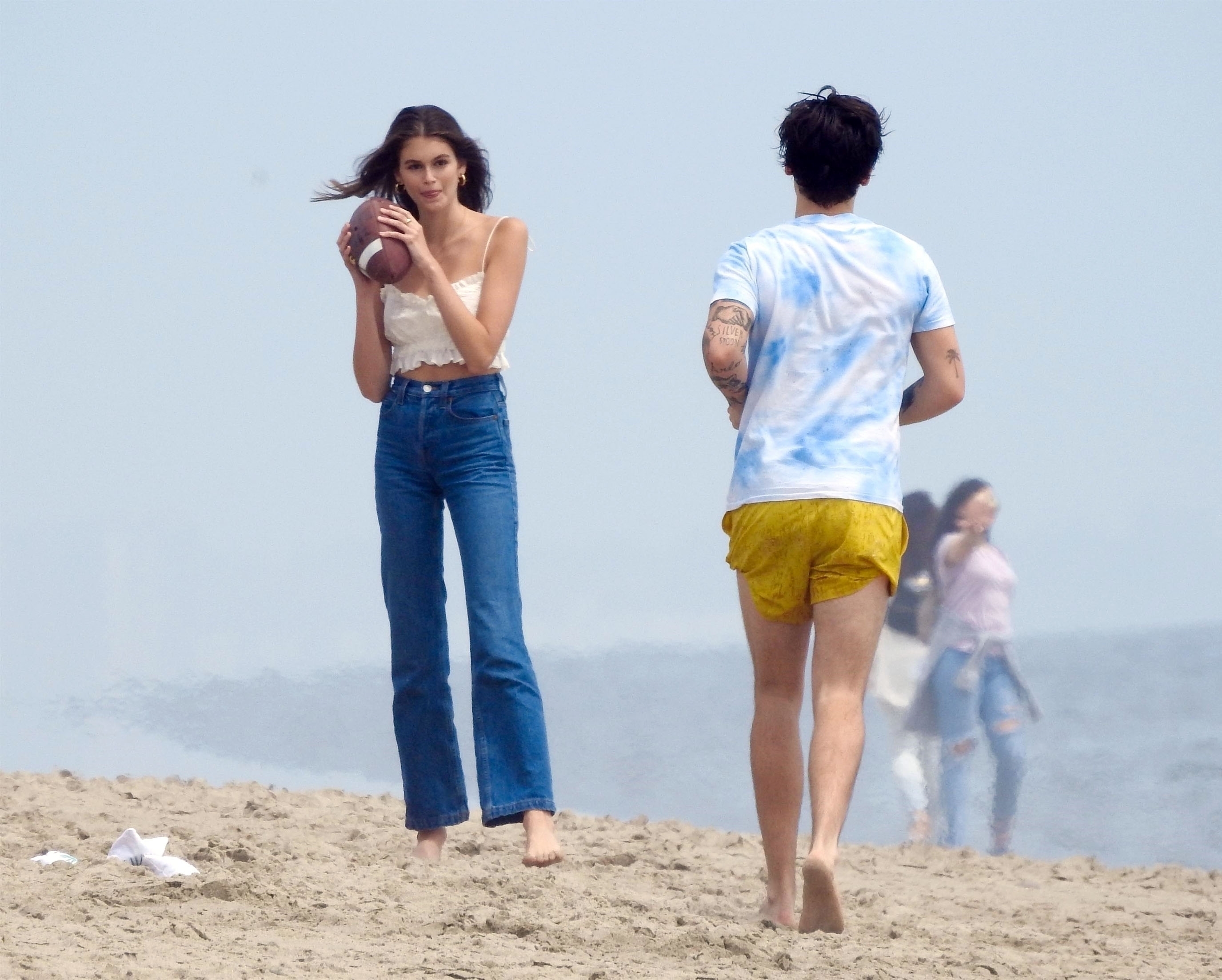 Both stars were bare foot as they frolicked on the sand, with the pair in good spirits as they enjoyed each other's company while playing the beach game.

At one point, Harry did a jubilant winner's pose as he got down on his knees in front of the sea and put his hands in the air in a sign of victory.

The fun-filled display comes after the British singer wowed with an impressive Met Gala outfit earlier this month. 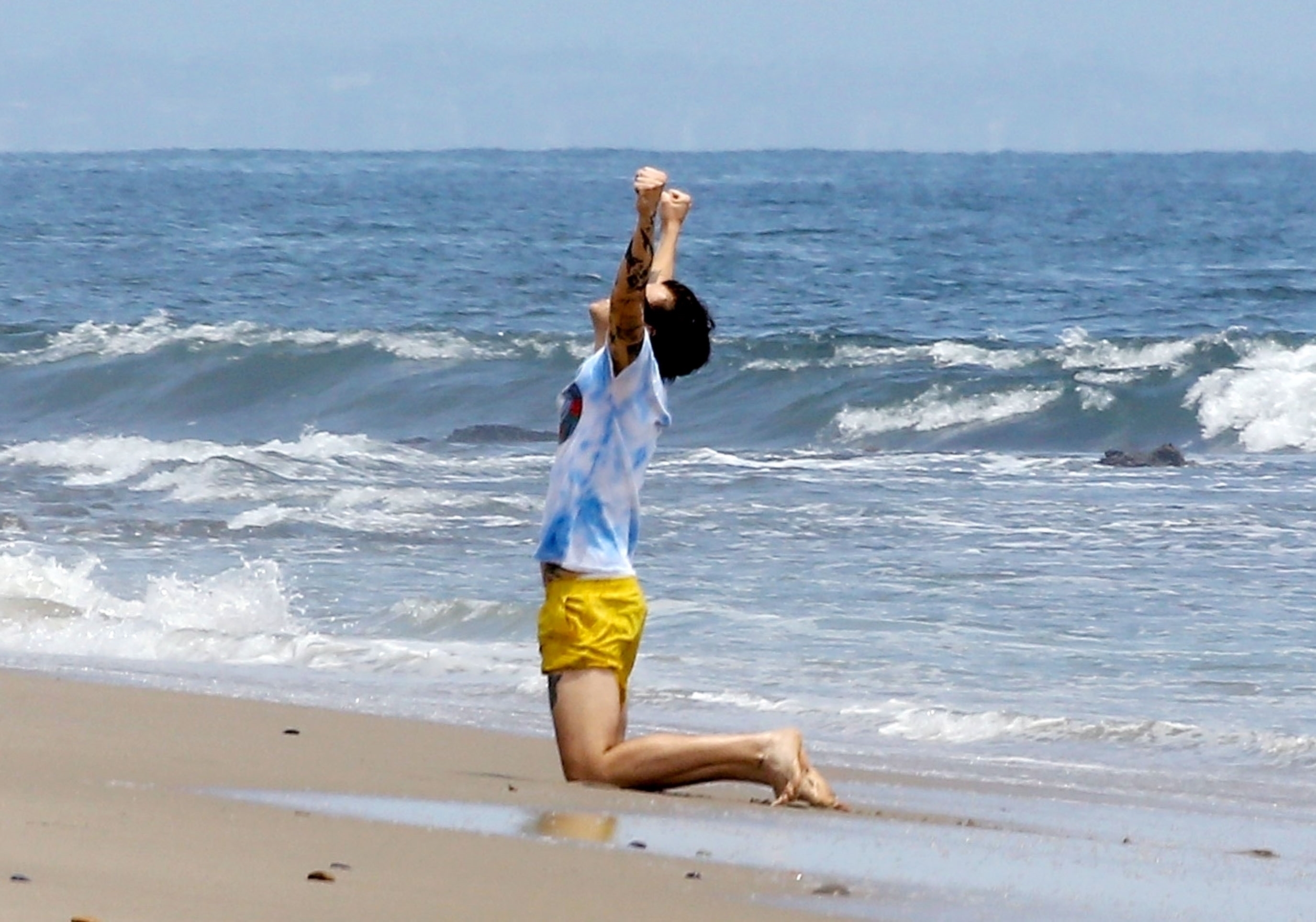 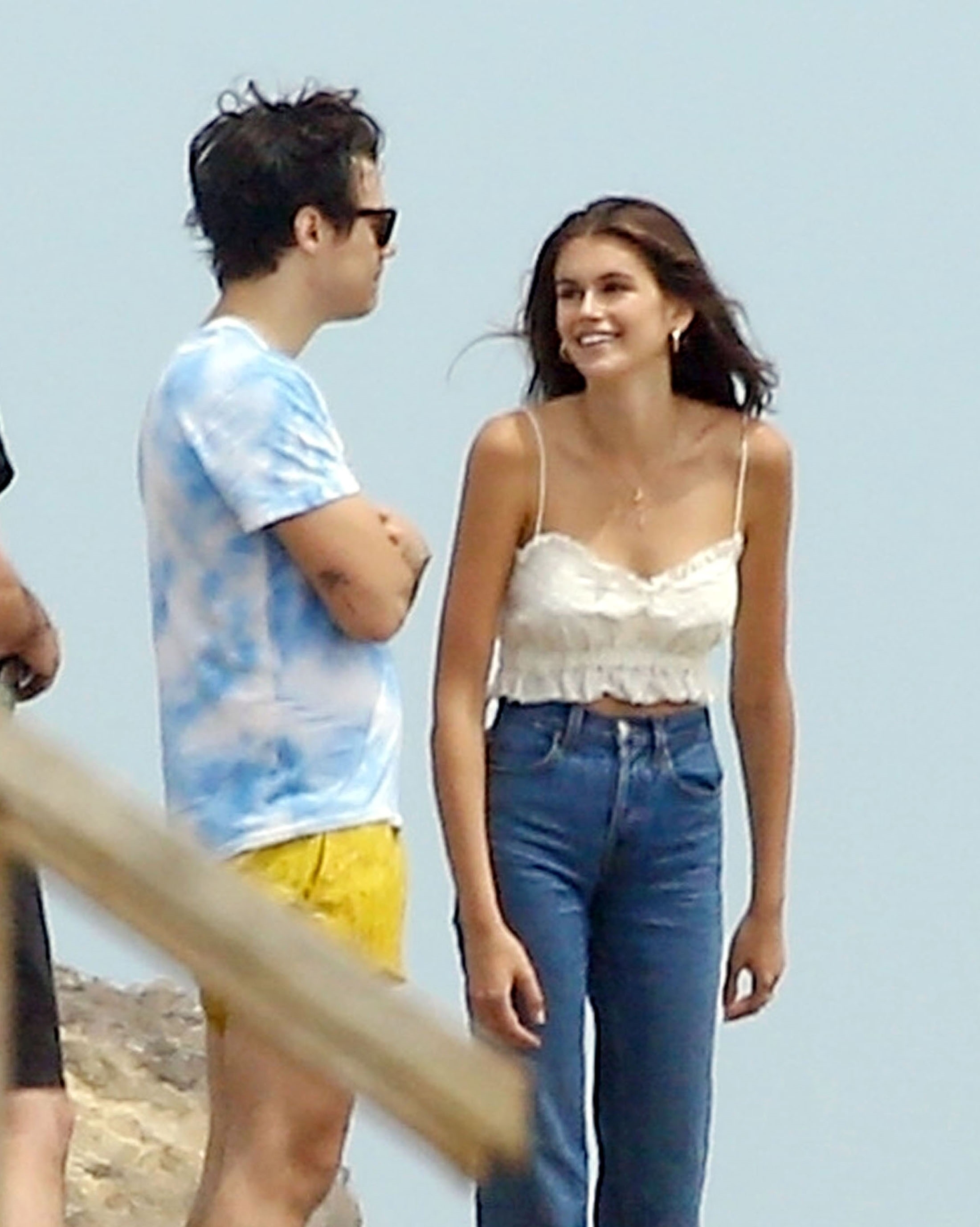 Harry was co-host of the event and embraced its "camp" theme with a sheer jumpsuit, pearl earring, and painted nails.

Fans were delighted with the eccentric look, flocking to social media to praise the star's choice.

Later in the night, Harry changed into a a pair of high-waisted trousers and a white shirt, complete with an oversized red bow tie, as he partied until the early hours of the morning with stars such as Kendall Jenner.

Harry first shot to fame when he auditioned for The X Factor in 2010, with Simon Cowell making him one fifth of hugely successful boy band One Direction.

The group began their hiatus in January 2016 – just under one year after Zayn Malik quit.

All of the boys have gone on to have successful solo careers, with Harry releasing his self-titled debut album in 2017.