And the former Blue Peter presenter and Countryfile host is sticking with what she knows by fronting Channel 5’s new series Big Week At The Zoo, which starts on Monday at 8pm. 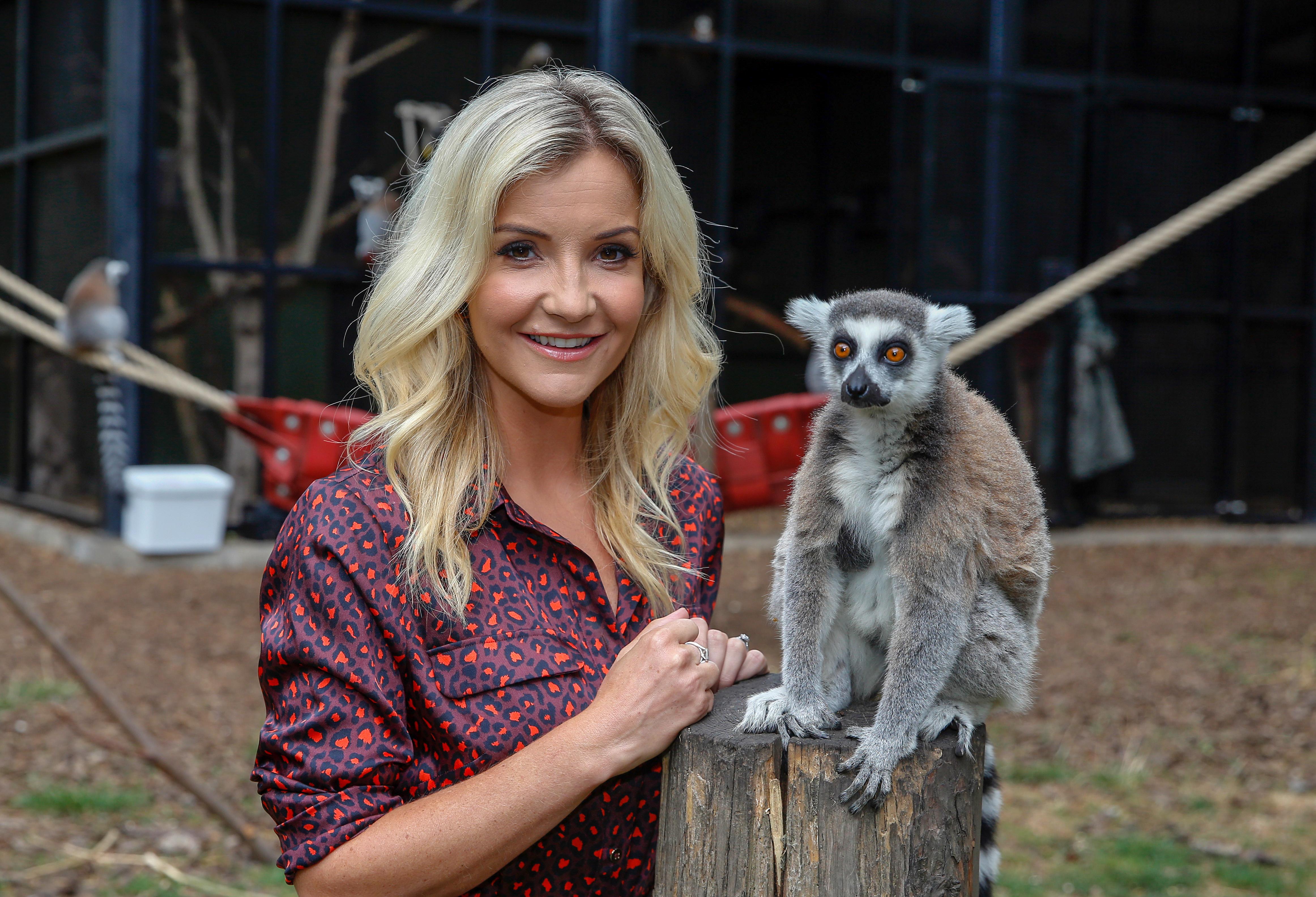 She said: “Working with children and animals is mostly all I’ve done in my career.

“It’s fun because it’s unpredictable, every day is different.

"You don’t know what you’re dealing with, that’s why you get an adrenaline rush and that’s why it’s exciting.”

Helen is mum to Ernie and Louis, and often tweets funny anecdotes about her kids, but insists it’s never been a better time to be a mum working in TV. 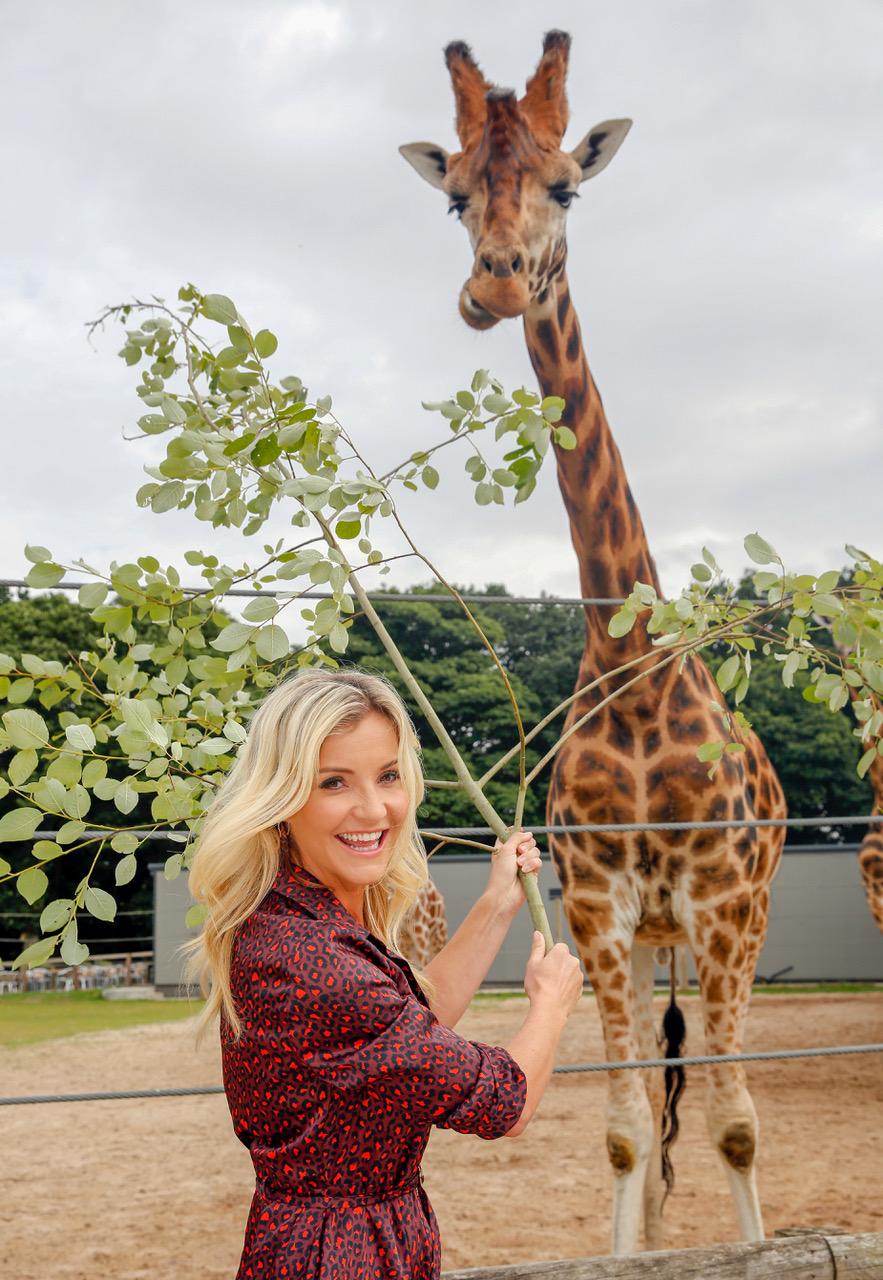 She said: “There is so much support and it’s all right to not be perfect.

“There’s a whole industry built on being a crumby mummy. I think we worry so much about what people think.

“I’m chilled because I’ve got two kids under three, I work and I don’t have any childcare. I don’t have time to worry.

“I’m self-employed so I can make my job and kids balance.

And she demonstrated that balancing act while hosting the World Aquatics Championships, in Budapest, last year.

She said: “I watched Tom Daley win his second world title while I sat breastfeeding Louis.

“The head of British Swimming was so brilliant. I thought it was embarrassing but he was like, ‘I’m a grandad, so I get it. I’ve got a daughter and she’s got kids and a career’.”

Helen, who left Blue Peter five years ago, attracted attention for her swimming coverage last year and at the Rio Olympics with her skimpy frocks, but she brushes it off. 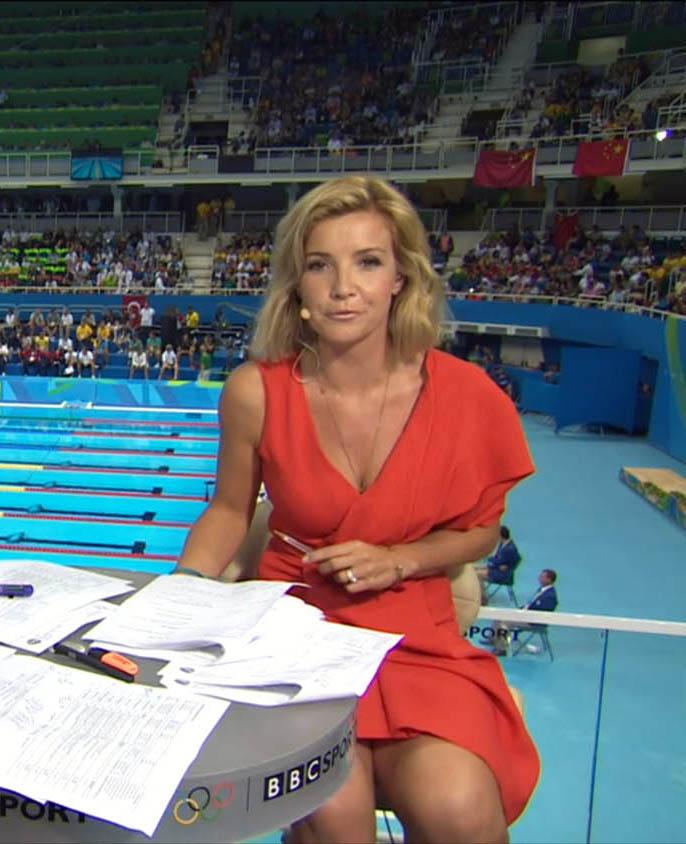 She said: “I had no idea at all that was all going on, everyone thinks that’s hard to believe, but I don’t think it’s healthy in this industry if you sit and Google yourself all the time.”

Corrie’s Alan Halsall said his buff new body is down to spending an entire day at the gym three times a week.

The actor, who plays Tyrone Dobbs, said: “If you work hard, you can play hard.”

There has always been a fierce rivalry between Coronation Street and EastEnders, but things have gone up a notch this week.

Bosses on EastEnders are furious that ITV has broken an “unwritten rule” by scheduling an hour-long episode of Corrie on Bank Holiday Monday, meaning it will clash with the BBC1 show.

And insiders in Walford reckon it’s because Corrie chiefs are running scared after their former producer Kate Oates joined EastEnders.

A soap source said: “It’s the unwritten rule of soaps, don’t make fans — who largely watch both — choose between the two.

“The BBC aren’t happy about it and there’s a feeling that it’s been prompted by Kate’s move. Corrie seem to be taking drastic action all of a sudden to grab attention.

“The decision makes no sense. There’s a film on when Corrie would normally be on, and they’ve had to move the news to make it work, too. It feels a bit cynical.” 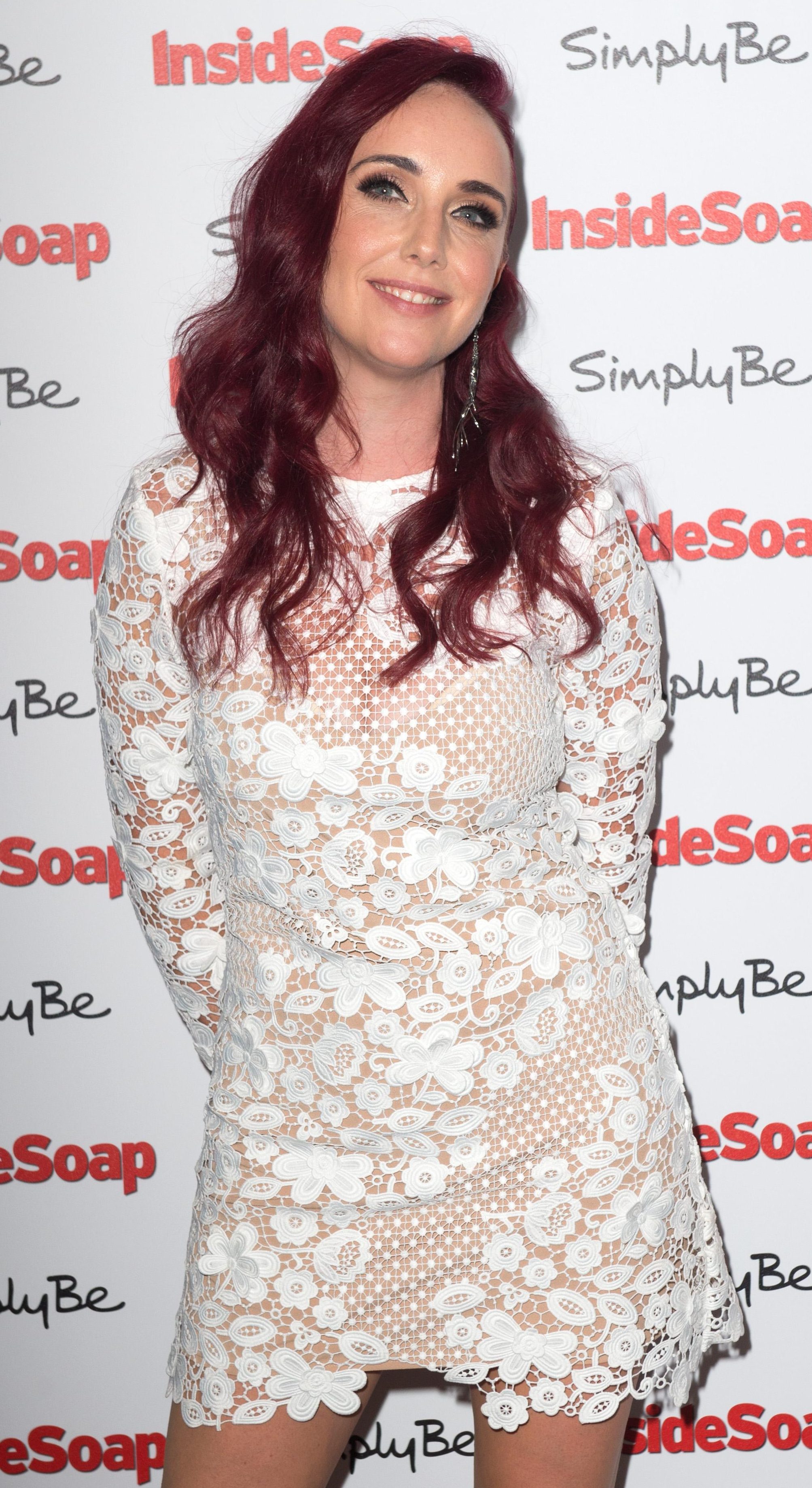 5Star’s Celebs On The Farm is promising to be much more “family friendly” than the similarly named The Farm and that incident involving Rebecca Loos and a pig.

But that doesn’t mean this lot won’t have to get down and dirty with the animals. 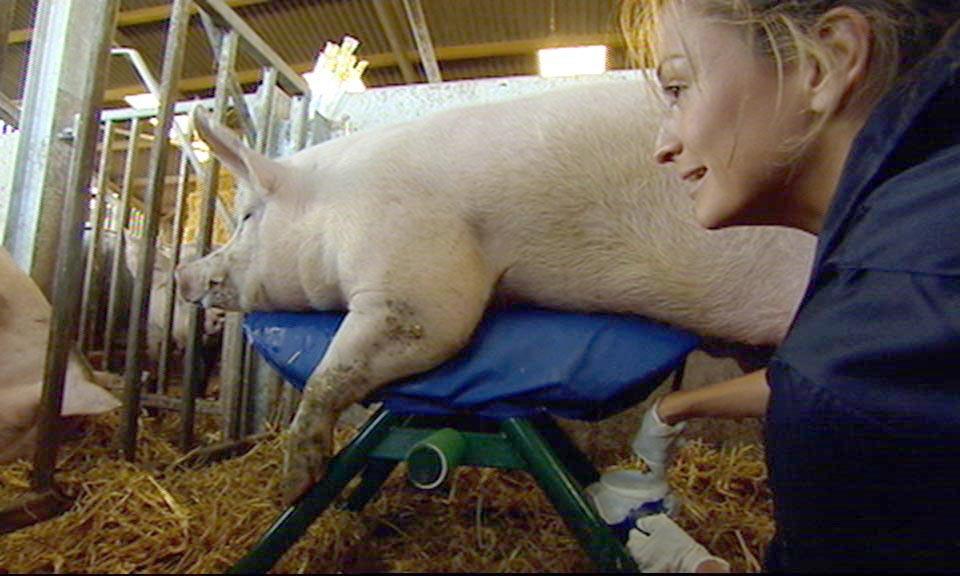 Host Stephen Bailey has revealed celebs including ex-Strictly dancer Gleb Savchenko and Gogglebox’s Sandi Bogle had the task of cleaning poo off the sheep.

He said: “They had to cut the leftover number twosies that got caught on their wool. It was grim.”

The show starts on Monday, and is on every weeknight at 10pm ­– and it seems the celebs might carry on after the series.

Stephen added: “Louie Spence has already got a smallholding. 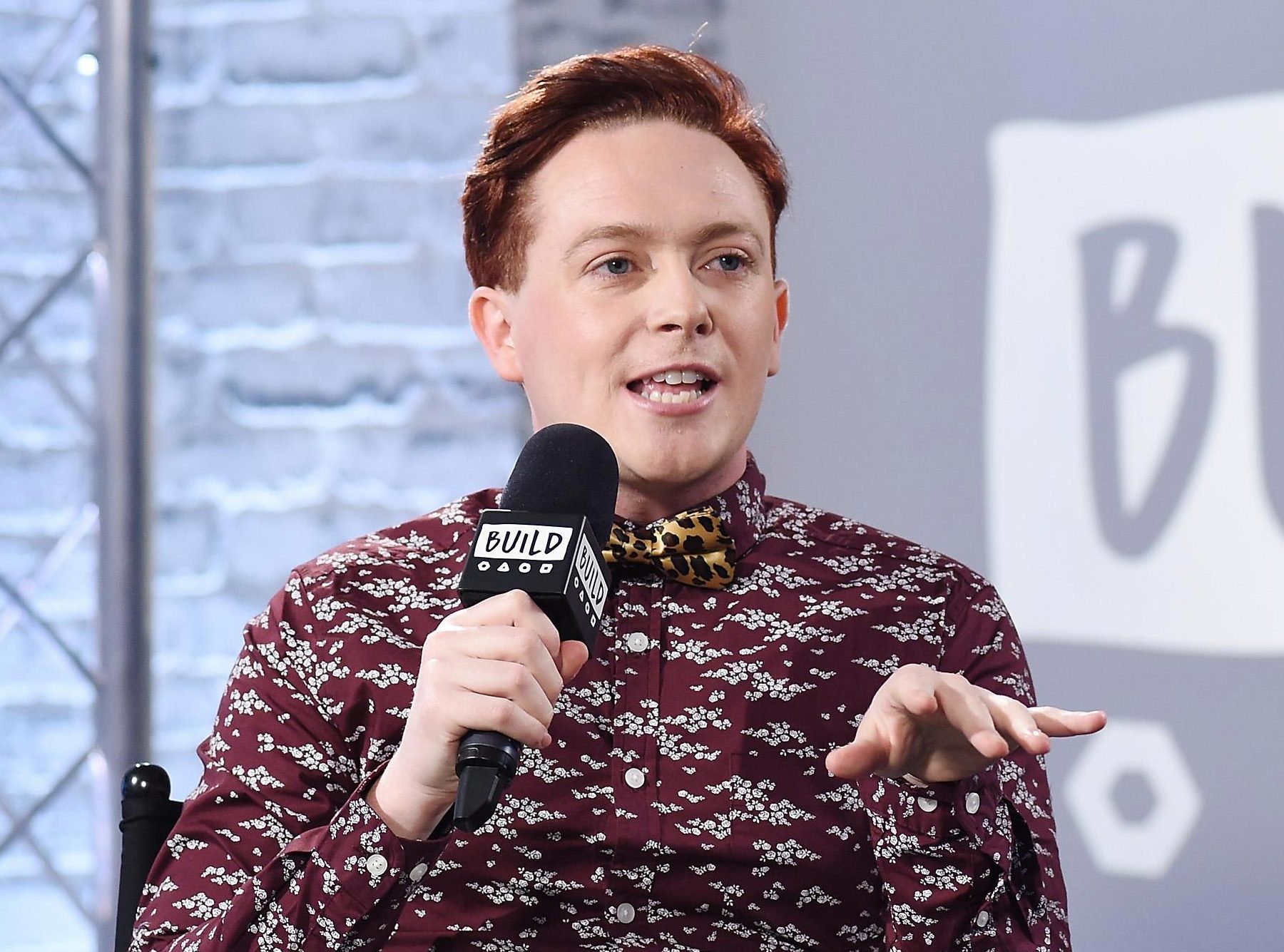 Even Judo champ Ashley McKenzie, who was so insistent he was a city boy, if we gave him a farm tomorrow I’m sure he’d run it.

Countryfile bosses should be worried.

In Emmerdale, Amelia finds herself in a quandary, Matty is faced with a very difficult situation and Rhona is feeling hopeful for the future.

Kate devises a solution for an increasingly desperate Rana in Coronation Street — and Rana ends up lying to gain access to her father’s deathbed.

Meanwhile, Lewis gives a shock to Audrey and Gail and tries to convince them he’s a changed man.

Peter throws in his lot with Carla and Sally meets a blast from her past.

In EastEnders, Sharon discovers that Phil has left her son alone and sets off to find him, only to discover the Arches empty.

There is bad news for Ian as he prepares for the restaurant opening with Masood.

WHY? A new documentary series exploring the ceremonies and traditions which different cultures perform – including a brutal coming-of-age ritual in Papua New Guinea.

This Phillip Lim Sequin Dress Is Made Out of Seaweed