The final season of Game of Thrones spent a lot of time abandoning the storytelling devices, logic, and plot it so carefully crafted in its first six seasons. Of course, that extended to the finale—much to fans’ supreme irritation—but the show managed to throw in a welcome surprise by uniting the main cast with a few blasts from the past.

This council of “the most powerful people in Westeros” (that is, the surviving lords and ladies who individually represent the regions comprising the Seven Kingdoms) came together, ostensibly, to put Tyrion and Jon on trial for the conspiracy to murder Daenerys. However, the agenda quickly changed to appointing a new leader of the Seven Kingdoms, a title which ultimately went to…Bran. (I already told you, this lacks logic!) It was, however, quite enjoyable to see Sansa, Arya, Tyrion, Ser Davos, and Yara Greyjoy fraternizing with the likes of eternal loser Edmure Tully, Robin “the glow-up is real” Arryn, and Yohn Royce.

Let’s break down who was there: 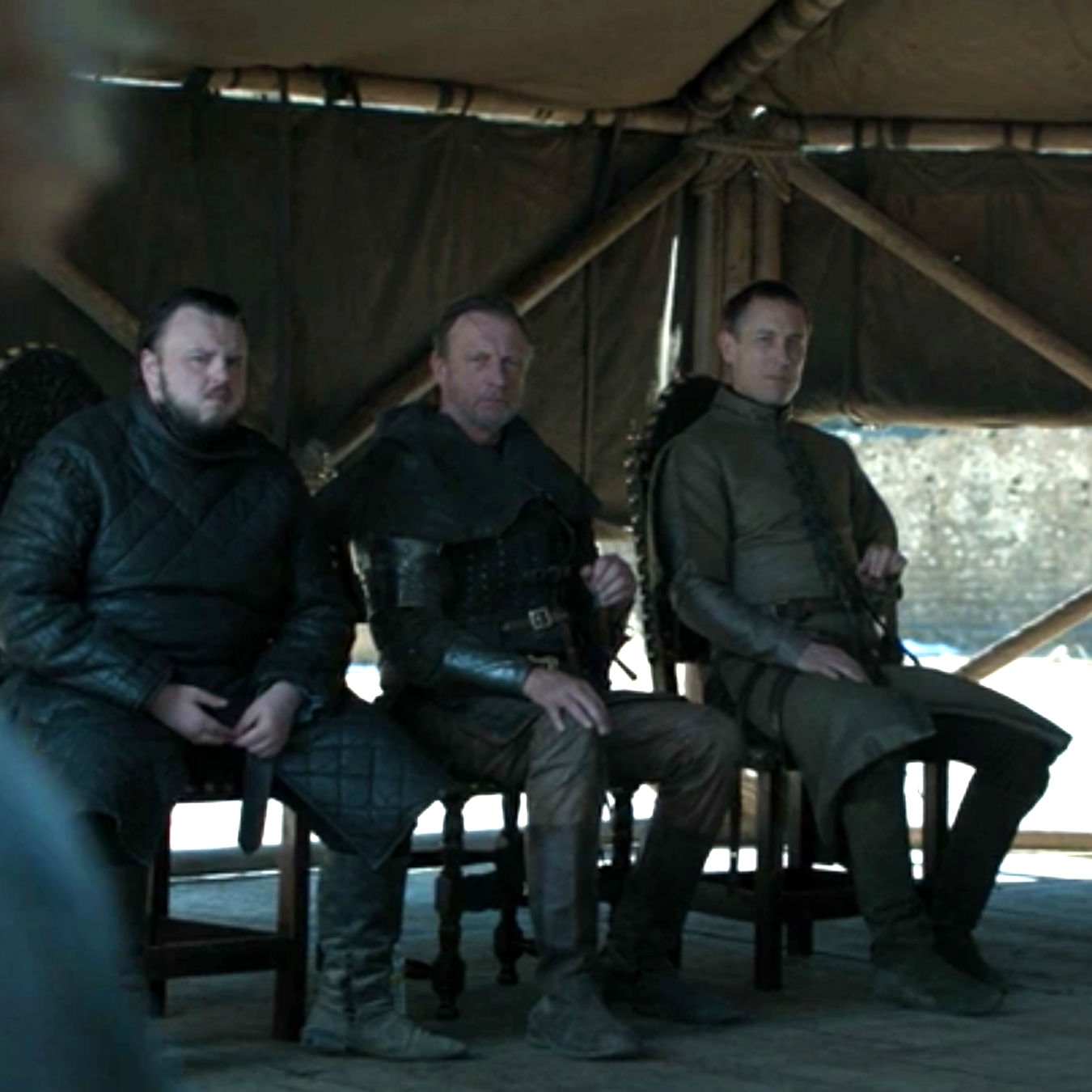 At this point, Sam is merely a maester. But once Bran becomes king, Sam goes on to serve Bran as Grand Maester.

Seated to Sam’s left, though, is a new face to the show, but Vanity Fair theorizes he’s a person whose name we’ve long heard: Howland Reed, the father of Meera and Jojen Reed and head of House Reed. Howland fought with Ned Stark in Robert’s Rebellion and saved Ned’s life at the Tower of Joy. That’s where Ned promised his dying sister, Lyanna Stark, that he’d care for her newborn son—the man who would become Jon Snow.

And seated to Howland’s left is a face we’ve long known—and laughed at. Edmure Tully, brother of Catelyn Stark and now Lord of Riverrun, blows his chance to make a claim for the crown. His niece, Sansa Stark, perfectly shuts him down. 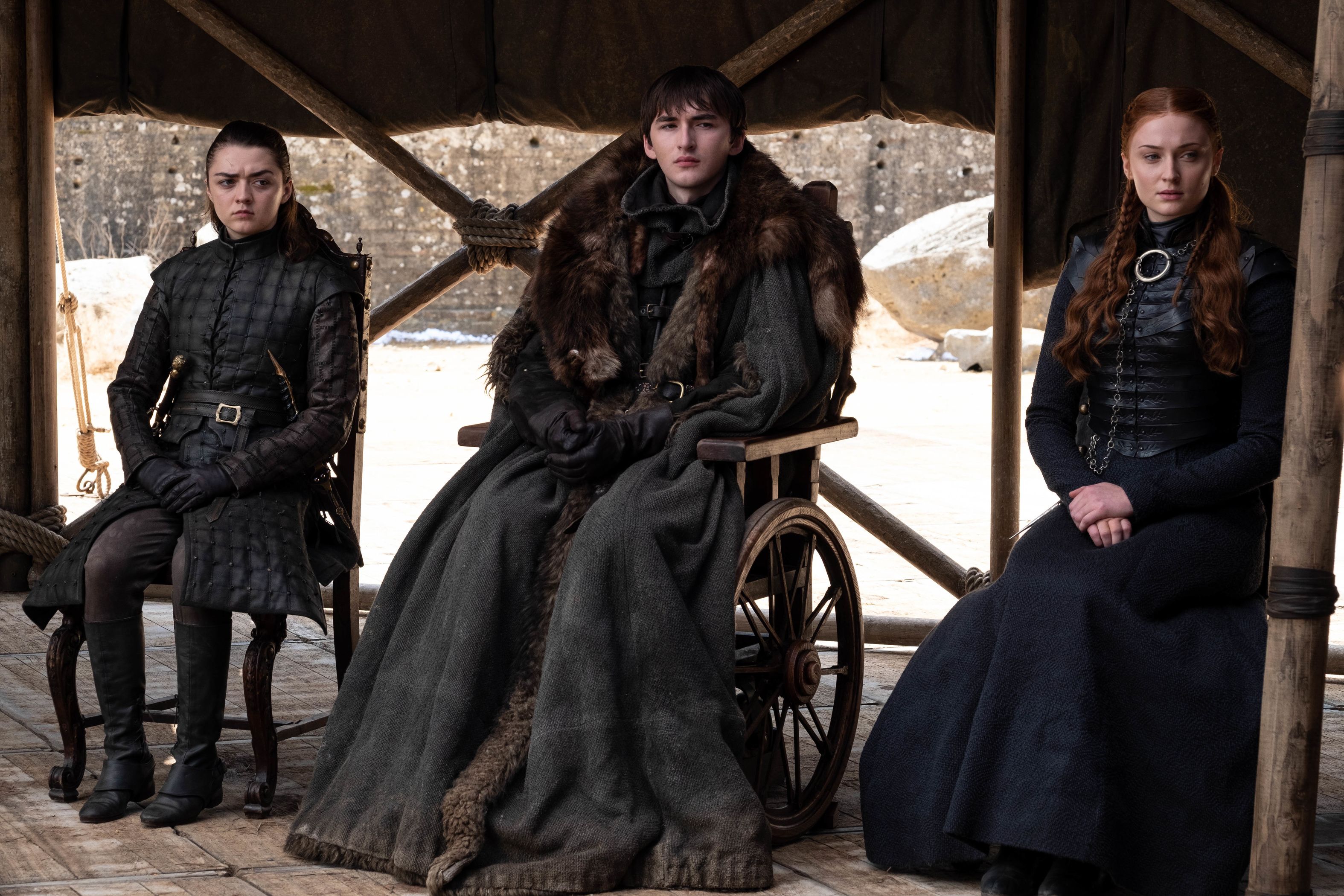 The guardians of the North need no introduction, of course, but we’ll list them anyway: Arya Stark, Bran Stark, and Sansa Stark. The council ended overwhelmingly in their favor, with Bran being crowned King of Westeros and Sansa declaring independence for the North. She was later crowned Queen of the North in an emotional sequence. 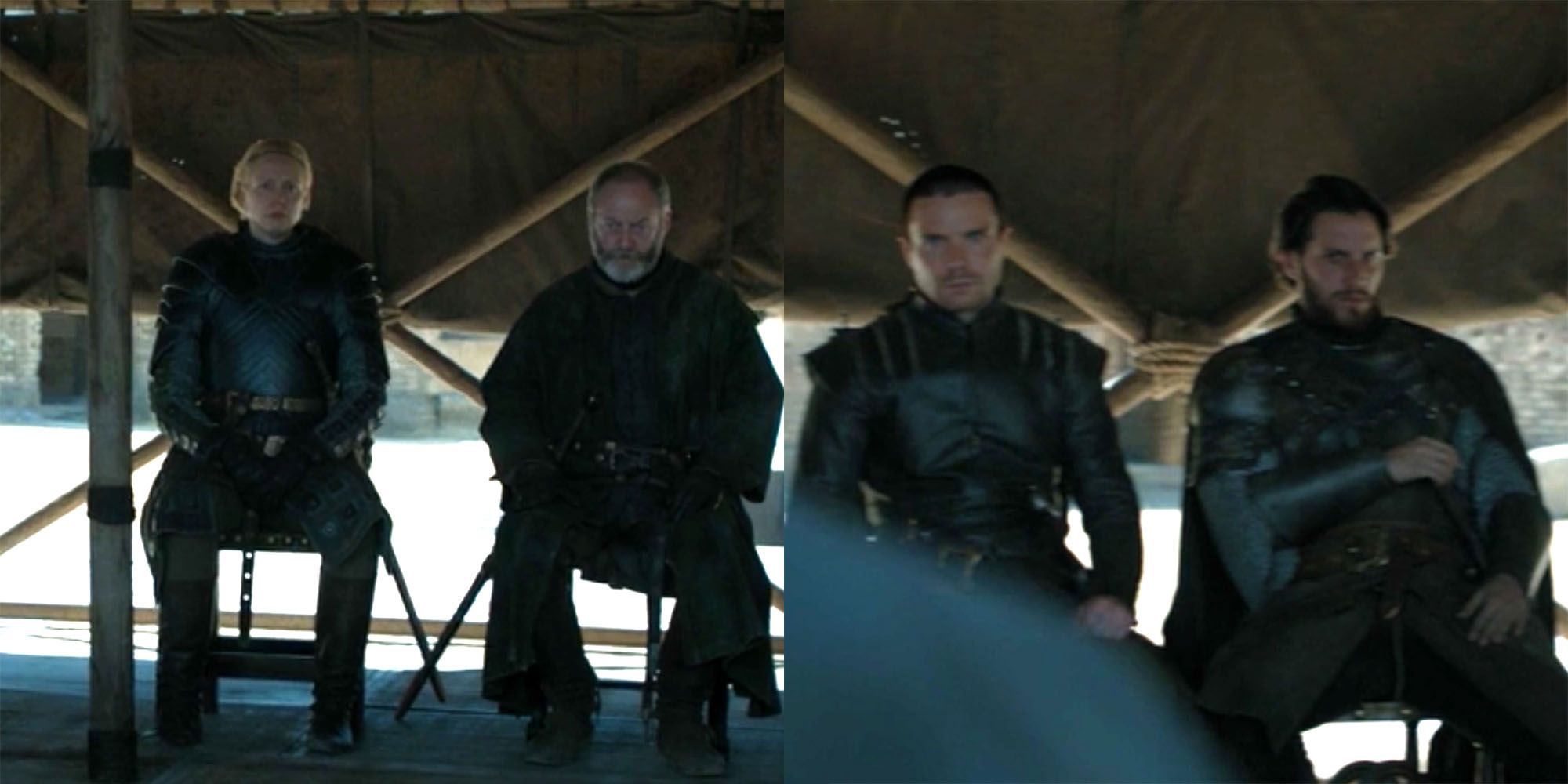 Again, few surprises here: Ser Brienne, Ser Davos, and now Lord Gendry (after Daenerys legitimized him and named him Lord of Storm’s End in Episode 4) all took part in the Battle of Winterfell and earned a place on this council. However, the man seated at Gendry’s left is a new (very attractive) face. 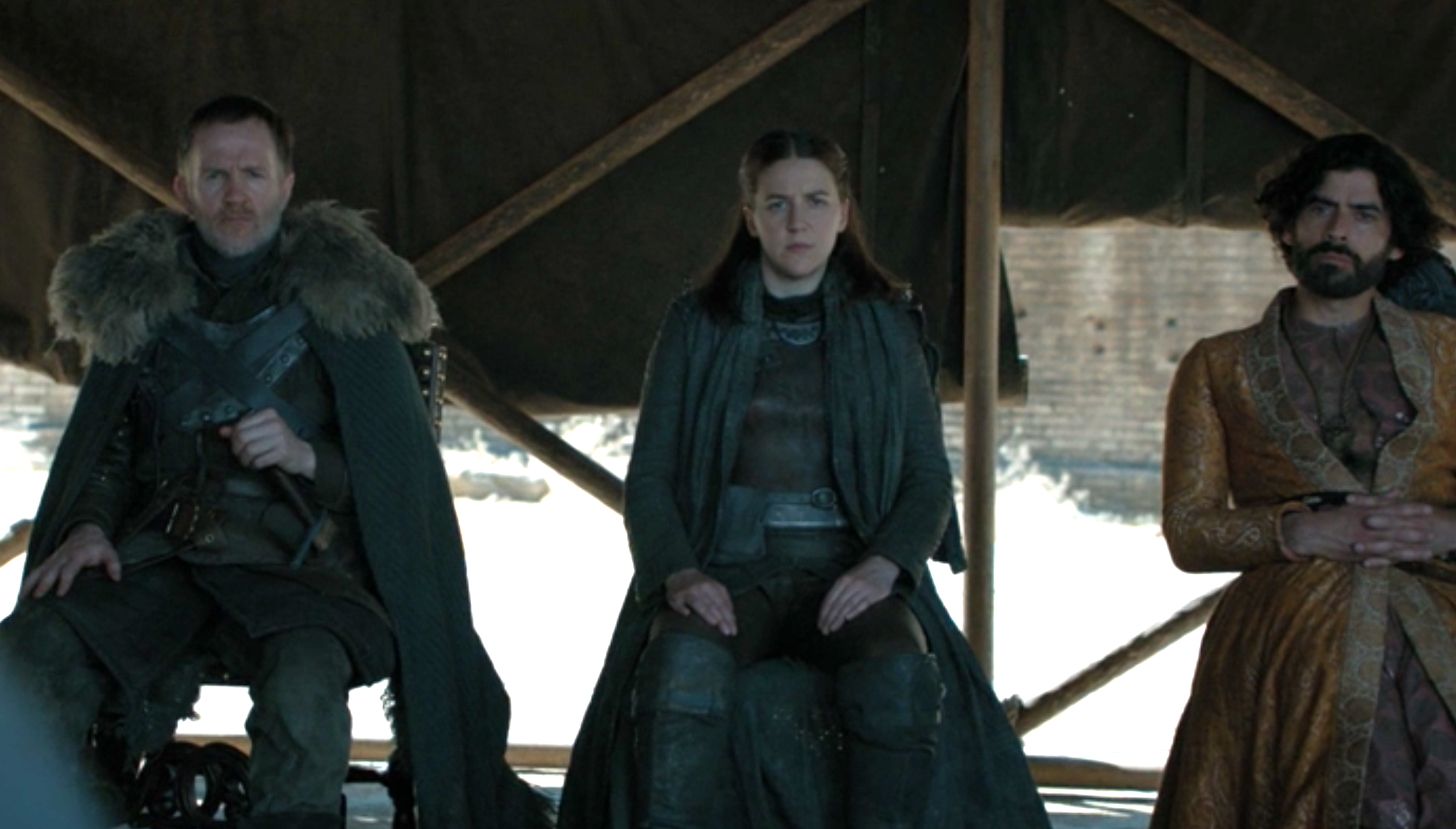 We all know the inimitable badass Yara Greyjoy, seated at the center of this group. She is now rightfully Queen of the Iron Islands. The man to her left is the “new Prince of Dorne,” as mentioned by Varys in Episode 4. (I would be remiss if I did not mention the new prince’s good looks.) The man to Yara’s right is also new to the show; the Verge theorizes he is the new lord of the Dreadfort (the former seat of House Bolton) due to his wintery clothing.

Also, in keeping with the rest of Season 8, the show ignored the histories of both the Iron Islands and Dorne: Robin Arryn is Lord of the Vale and famously breastfed into his teen years. He’s the son of Catelyn Stark’s sister, Lysa, whom Littlefinger murdered in Season 4. We haven’t seen his face since Season 6, but it must be said: He got hot. Robin is seated next to Yohn Royce, Lord of Runestone and bannerman for House Stark and House Arryn. He took Robin under his wing back in Season 4 and trained him in archery and swordfighting.

To the left of Yohn is our final unknown character, whom the Verge guesses also hails from the North or the Vale.

Delivery! Brad Pitt Unloads and Hands Boxes of Groceries to Families in Need in Los Angeles