Holly Willoughby, 39, and Phillip Schofield, 59, took a trip back into the past to begin This Morning by each being given a plate of foods such a potato smiley faces and Turkey Twizzlers. It was the latter food item the mother-of-three had never clapped her eyes on before and she was quite disturbed by the shape of the meaty product. As a result, she told ITV bosses she would not be eating the product as her co-star got stuck in. 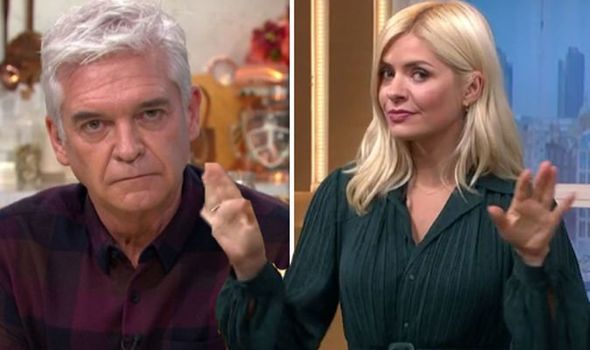 “It looks like a battered pig’s tail,” the presenter declared as she held the Turkey Twizzler precariously.

Phillip jumped in to offer an apology for what Holly had been saying as he said because they were clearly still in production, she should feel bad for “dissing” them.

Taking to social media, those viewers watching at home could not believe the mother-of-three had ever seen, let alone eaten the product.

One fan wrote on Twitter: “What did you think a turkey twizzler looked like? #ThisMorning,” as another added: “Holly needs to get out more #ThisMorning.”

“Tbf, I’ve never eaten a turkey twizzler. Never had anything on that plate as a child. It was always homemade from scratch food as I was raised by my granny and auntie. #ThisMorning,” a fourth remarked. (sic)

Nick Cannon Appears To Show Off Massive Bulge On TV & Fans Have Lost Their Damn Minds!