This Morning continued today with hosts Holly Willoughby and Phillip Schofield as they tried to keep the nation happy amid the ongoing coronavirus lockdown. But today, the show was thrown into chaos after a huge argument erupted as a father and son called in to ask for some help about homeschooling.

Today on This Morning, Holly, Phillip, and Vanessa Feltz were back talking to callers about how they were coping during the coronavirus lockdown.

One call, in particular, left the hosts speechless as a man called Roger called to complain about his son as he attempted to homeschool him.

The son was also on the call and revealed to Holly and Phillip his father was making him wear his school uniform and had to put his hand up if he needed the toilet.

However, when the father and son got into a shouting match live on air, the hosts had to cut the call short. 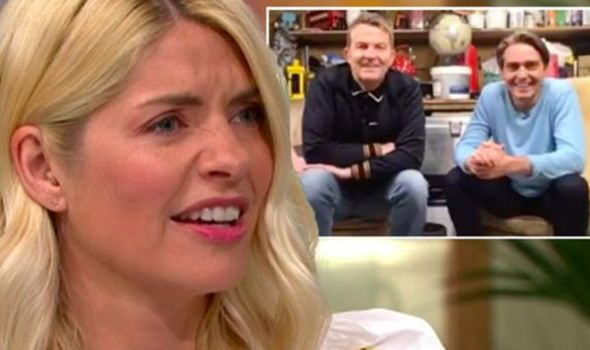 But as it turned out it was all a joke at Holly’s expense and it was all thanks to Bradley Walsh.