The TV beauty dissolved into a giggling fit over her This Morning co-host's saucy quip as the model was about to talk about her green-fingered exploits. 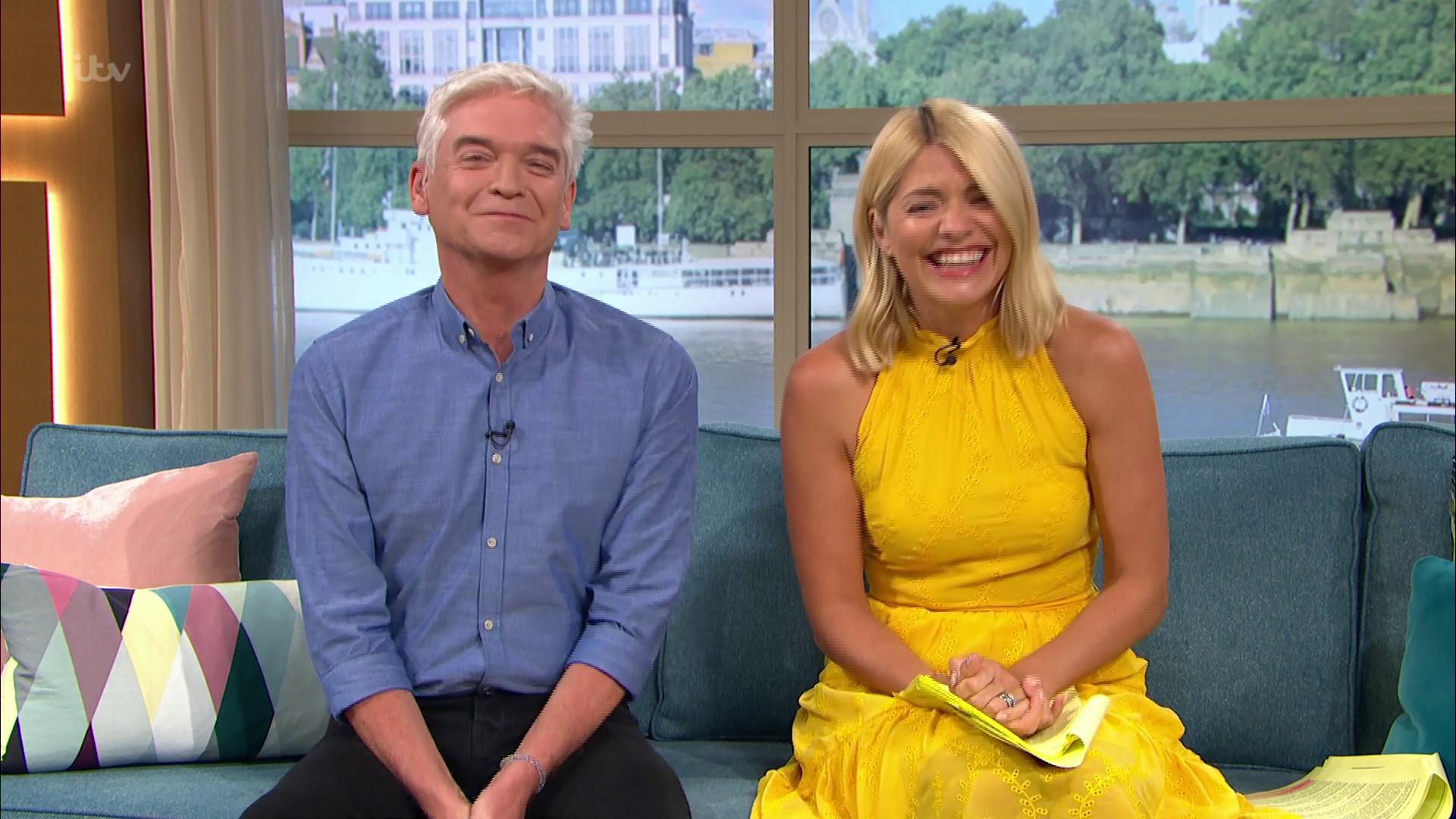 He said: "After opening up her own garden gate for us all to see her beautiful borders…"

It was too much for Holly, who couldn't stop herself laughing and was heard chortling in the background as Kelly's clip played.

There was more laughter in today's show when the pair got confused over the world’s sexiest cow. 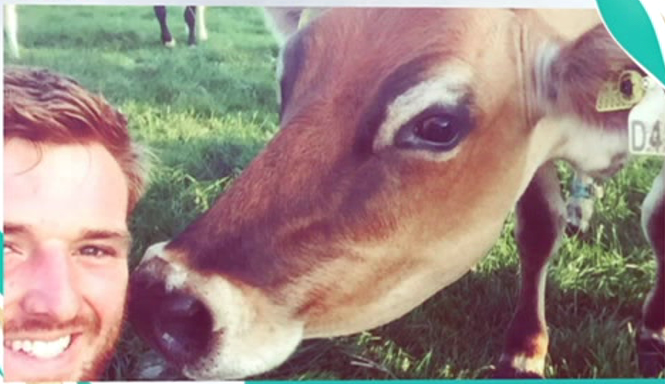 The presenters were chatting about the pig that predicts the football scores before moving on to discuss the stunning cow, who appeared live in the studio – leaving those watching at home completely baffled.

Getting his words muddled, Phillip said: “We’ve got the world’s sexiest pig later.”

Holly, 37, found the mix up very funny indeed and fell about laughing.

She struggled to compose herself and couldn’t manage to read her autocue in between giggles.

Following the mix up Holly and Phillip finally got the chance to meet four-year-old Jersey Char, who beat off competition from 29 other cows to get the impressive title. 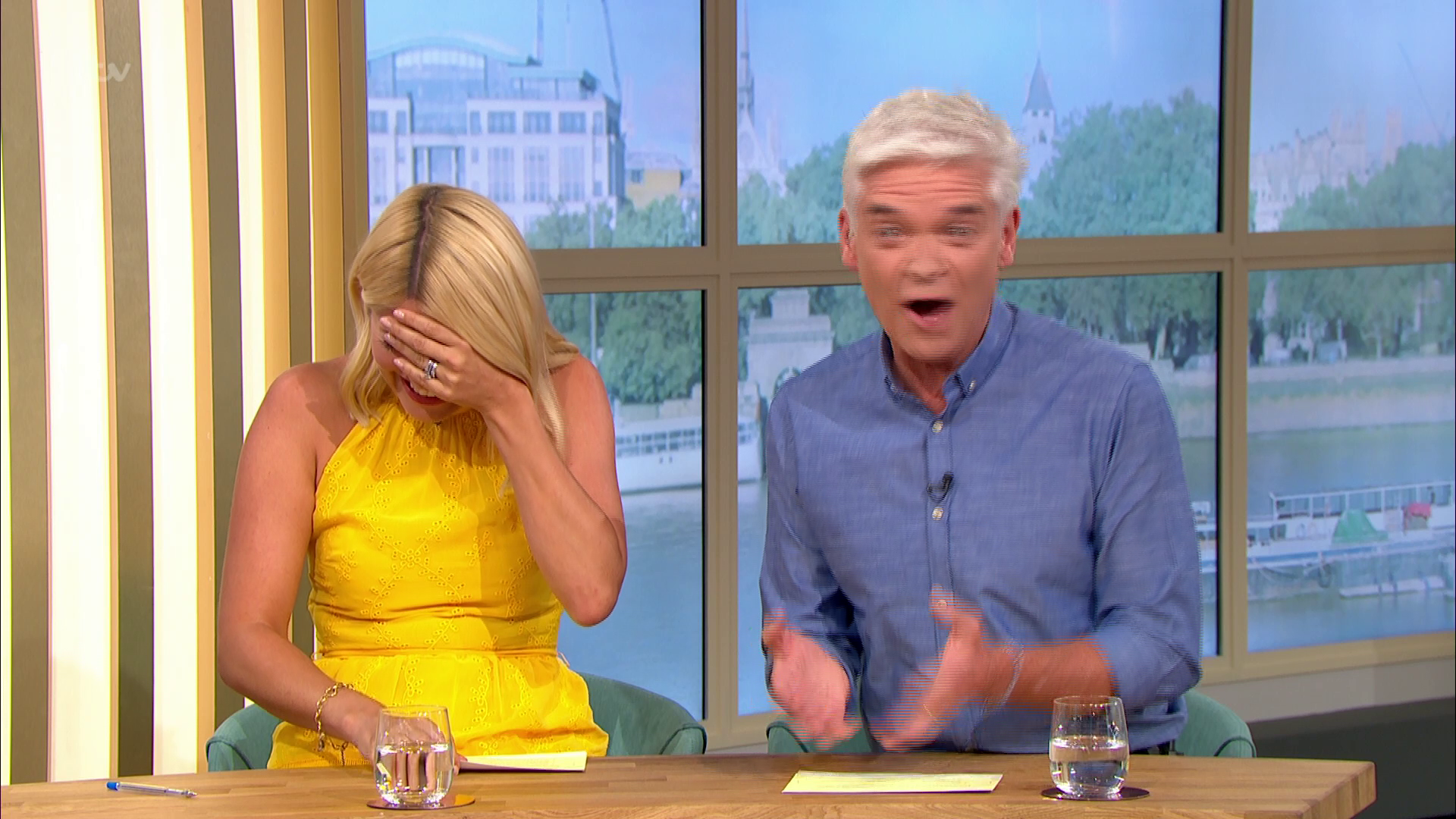 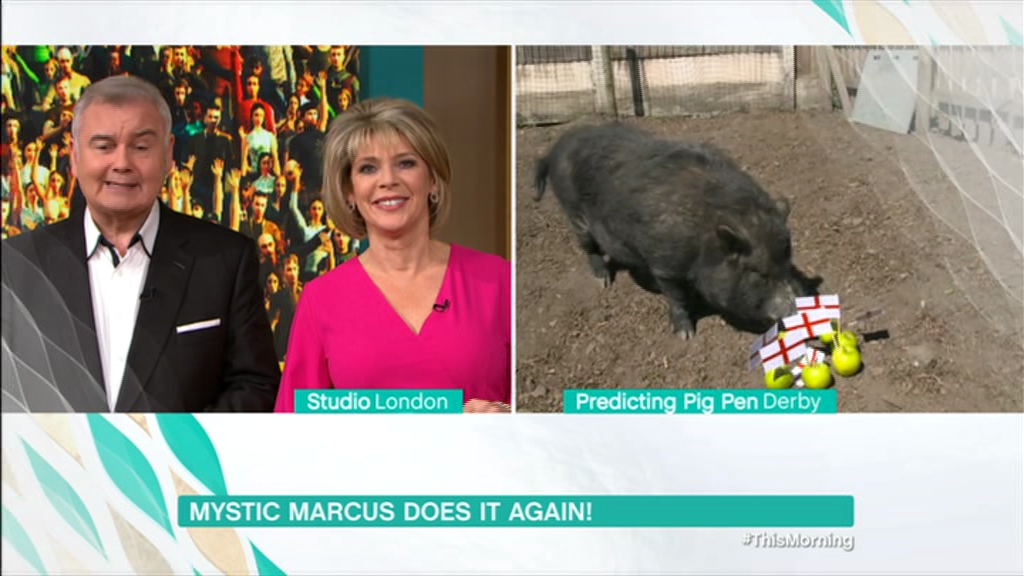 The doe-eyed beauty was accompanied on the show by her owner Charlotte Cunningham and partner Chris, who couldn’t be prouder.

As Holly and Phillip cooed over the cow that had come all the way from Gooseform Farm in the Culm Valley, Devon, Charlotte gushed: “She is just chilled, she is very pretty.”

Discussing her decision to enter the Facebook competition, Charlotte said: “I thought it was really funny, I thought I would enter her and didn’t think anything of it and a couple of weeks ago they emailed me to say she had won with a landslide victory.”

And she revealed that Char, who only has three teats, will lead a long life because she will get “special treatment”. 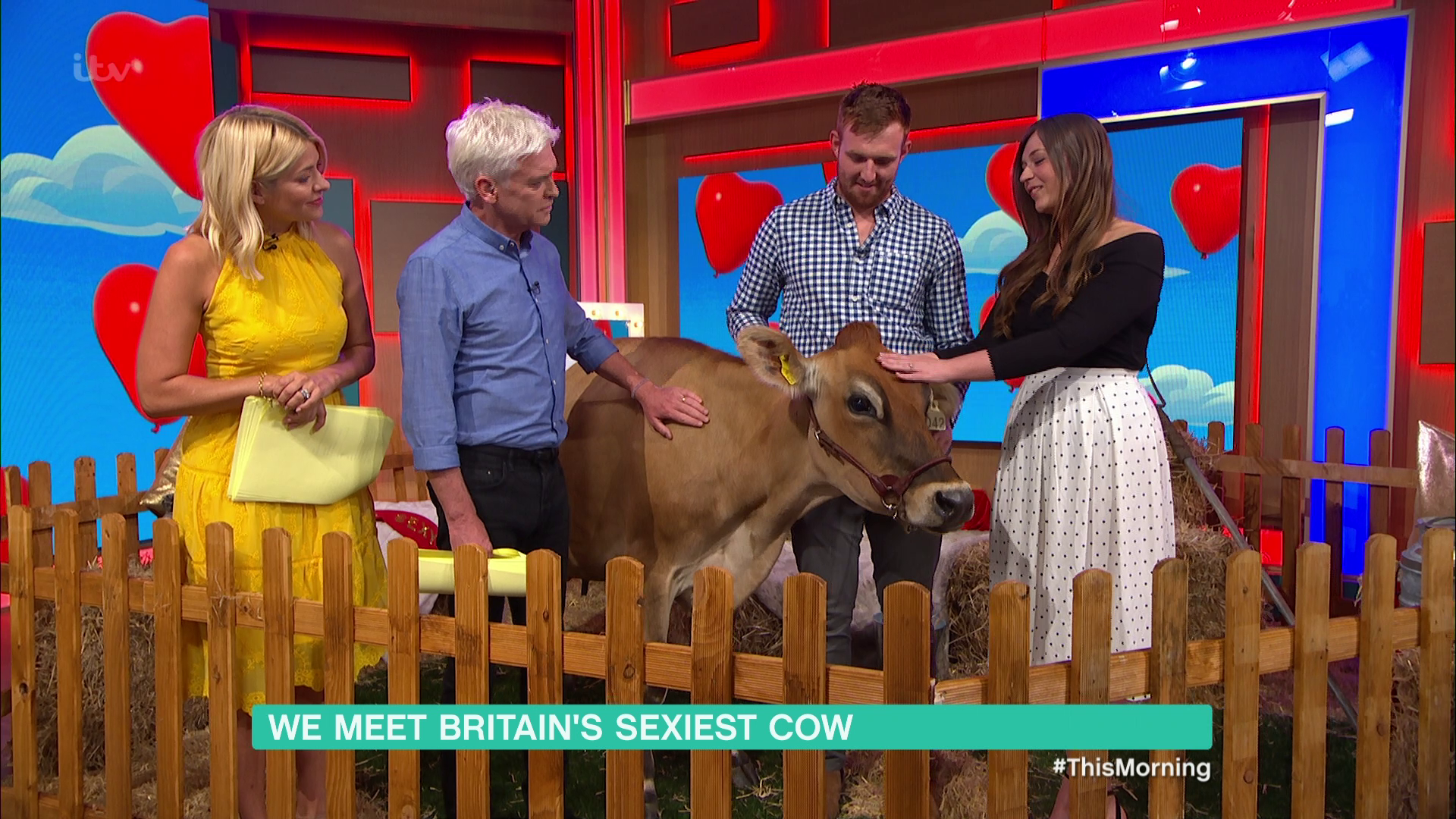 Those watching at home couldn’t really get over what they were seeing on screen.

One person wrote: “#ThisMorning Why in the world is there a "Britain's sexiest cow"!? WHY DO PEOPLE FIND COWS SEXY?! WHY WERE THERE PEOPLE COMPARING HOW SEXY COWS ARE!? WHY IS THIS ON MORNING TV!? WHAT IS LIFE!?!?”

Another tweeted: “Am I dreaming or is #ThisMorning really doing a segment on “Britain’s Sexiest Cow”?”

While someone else added: “So its 2018 and we have now got a sexy cow? #ThisMorning #Sexycow.”

Last week Marcus – the Psychic Pig –  featured on the show to predict the result of England’s second game, following his correct prediction for the Tunisia game.

During a live link to Marcus’ hometown of Derby, the pig was again faced with two sets of apples each displaying the two flags of Panama and England.

After a hesitant start, Marcus the Psychic Pig headed straight to the English apples, which was of course correct following the 6-1 win. 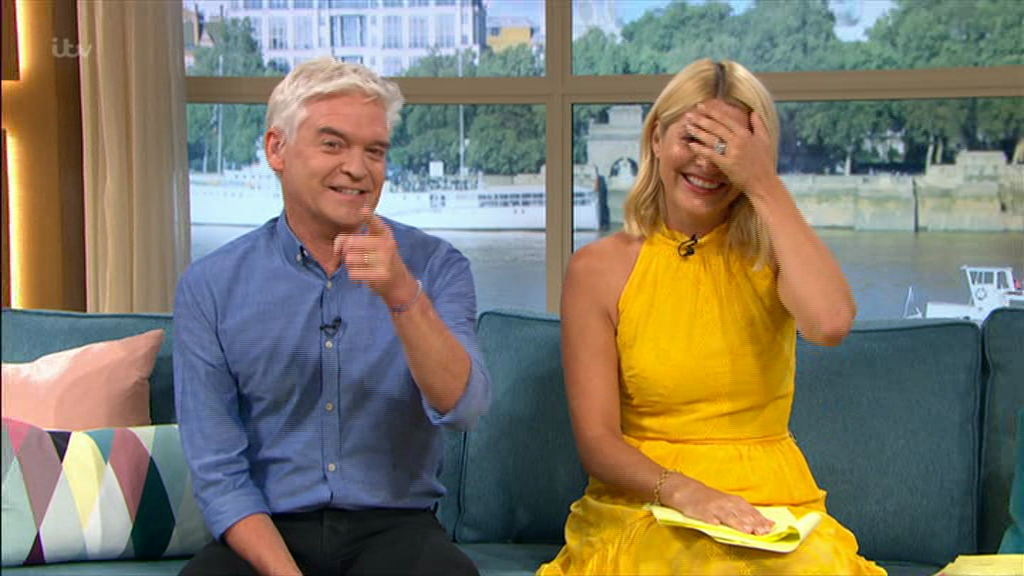 North Korea accuses U.S. of 'evil ambition,' says use of strength not a U.S. monopoly

Scientists Find Some Hope for Coral Reefs: The Strong May Survive

Tottenham vs Ajax LIVE STREAM: How to watch Spurs in Champions League online