The 37-year-old teamed the stylish look up with a black top with flared sleeves ahead of Celebrity Juice filming – which also celebrated Keith Lemon’s birthday. 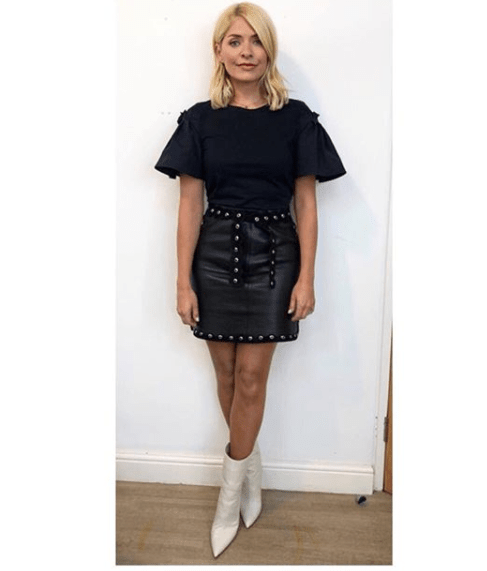 And fans loved the look.

Another added: “Now that is a killer outfit holly! Xx” 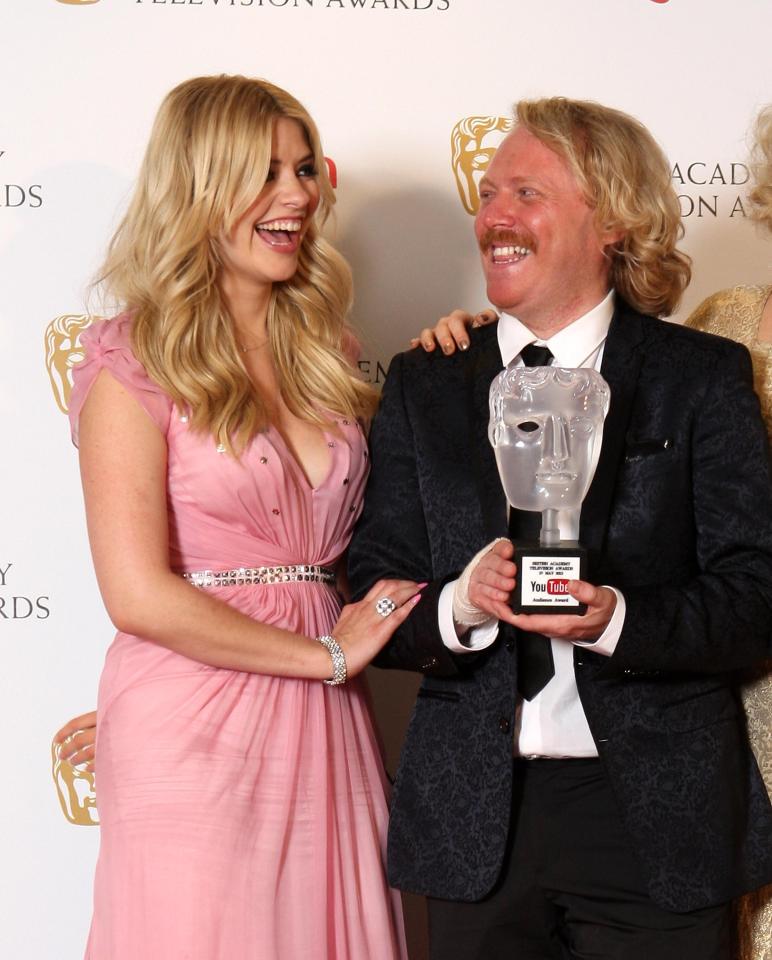 And a third said: “I want this woman’s wardrobe ?”

It’s likely Keith will also be a fan of the sexy outfit – although he recently told The Sun Online it was Holly’s eyes that got him.

He said: “Generally every male on the planet tries to flirt with Holly ‘cause she’s incredibly attractive.

Keith says that his Celeb Juice team captain’s wily ways are most dangerous on a night out.

He explained: “You know if you want to go home instead of going on to the next part, and she asks you to go on? Don’t look in her eyes and you’ll go home, but as soon as you look into them and she says, ‘Let’s go to another party,’ then you’re like, ‘Oh OK.’”

He added: “She’s fun to go out with, she’s good trouble, she enjoys herself. That’s what you see on This Morning when she’s hungover.”

Katherine Schwarzenegger and Chris Pratt Get Moving in L.A., Plus Justin Theroux, Penn Badgley and More