It’s one of the most surprising returns in soap history. Hollyoaks will welcome Sinead O’Connor back to the village this autumn, three years after she made a very abrupt and controversial departure from the show.

Sinead was hastily written out in 2015 after Hollyoaks bosses fired Stephanie Davis, who’d played the popular role for five years. Three years (and thousands of headlines) later, it seems that all is forgiven and forgotten, with producers now giving Stephanie a second chance in the part.

But let’s forget all of that off-screen drama for a second – just how and why will Sinead herself be coming back to Chester? Here’s our seven early theories on what the writers could have in store. 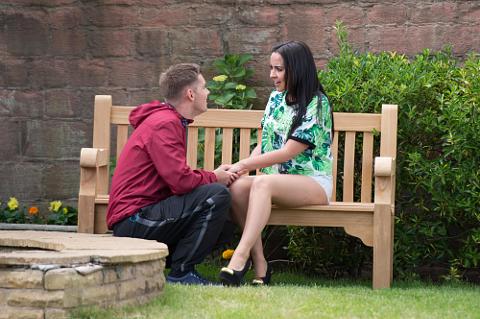 When Sinead left the village in 2015, she was in a very surprising relationship with her best friend Ste Hay. The only trouble was that Ste was secretly sleeping with his teenage lover Harry Thompson behind Sinead’s back, which she discovered in her final scene on the show.

Sinead was so livid over the discovery that she immediately scarpered from the village with their baby daughter Hannah and ignored numerous calls from her concerned friends and family. After that slightly fudged exit, is Sinead still hung up on Ste despite three years away from him? For the sake of beleaguered ‘Starry’ fans who really can’t catch a break from the storyliners, let’s hope not…

2. Back to give Hannah a better life? 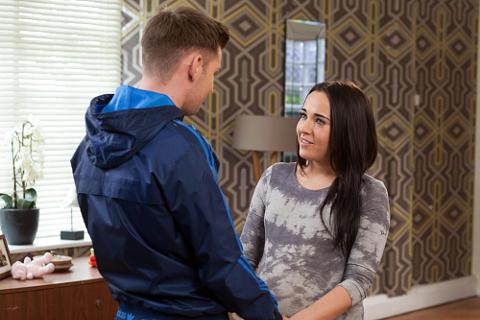 Hollyoaks hardly ever mentions Sinead and Ste’s daughter Hannah, but she’d now be 3 years old – and no doubt well on her way to becoming just as feisty as her mum. We’re betting that Sinead will have endured her fair shares of ups and downs while raising the little one as a single mum, so has she decided it’s high time to reintroduce Hannah to her family?

With Ste, Harry, Tony, Diane, Lily and Scott all in the village, there’s a support network just ready and waiting for Sinead and Hannah to rely on. In the longer-term, it’d also be interesting to see how Hannah would get along with Leah and Lucas – it’ll surely be a battle of the divas with Leah in a few years’ time, right?

3. Back for heartbreaking Dee Dee scenes?

Diane and her husband Tony have since been told that Dee Dee is on the road to recovery, but it’s certainly possible that the story isn’t really over just yet. Could Dee Dee take another sudden turn for the worse, forcing Sinead to return and comfort the Hutchinsons in their time of need?

4. Back to introduce a new man? 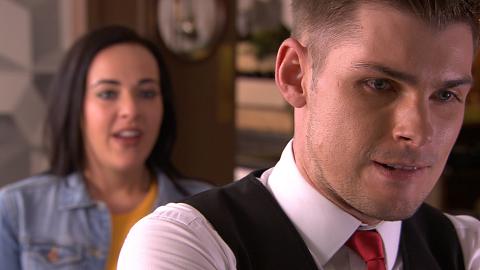 Sinead’s love life was always dramatic, whether it was seducing her stepdad Tony, marrying Freddie Roscoe or shacking up with Ste. It seems likely that she will have had her fair share of romances during three years away, but could she have now finally found ‘The One’?

If Sinead really has bagged a man who’s (literally) worth writing home about, it’s possible that she could excitedly return to the village with him in tow, ready to introduce him to the family. Although let’s face it, the chances of snobby Diane approving are slim to none, whoever he is… 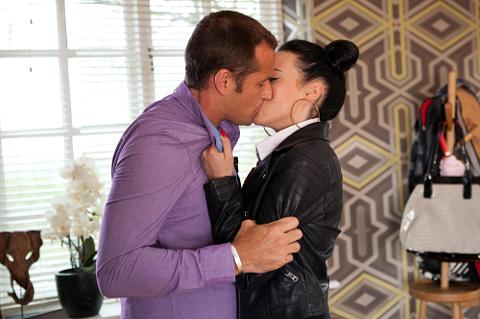 Whether you loved it or hated it, one of Sinead’s biggest storylines came when she set her sights on Tony and betrayed Diane by sleeping with him behind her back. While it may seem unlikely that Sinead would make the same terrible mistake twice, she was hardly known for her impressive judgement during her five years in the village, was she?

Could Sinead re-focus her attentions on Tony when she returns? Nick Pickard, who plays him, certainly hopes not – recently telling ITV’s This Morning that he doesn’t want to see Tony and Diane split up again. Hollyoaks wouldn’t upset their longest-serving star by ploughing ahead and doing it anyway… right?

6. Back for autumn stunt drama? 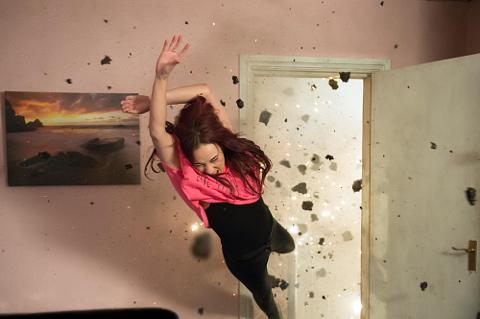 Over-excited Hollyoaks bosses have announced Stephanie’s return pretty far in advance, as she won’t actually start filming again until August. As the show usually shoots scenes six to eight weeks in advance, this means that Sinead’s comeback is likely to air around October time. And we all know what that means…

Every year, Hollyoaks delivers a huge, high-octane stunt in October and it’s a safe bet that 2018 will be no different. Could the show have decided to put Sinead at the centre of the life-or-death drama that’s inevitably on the way? Her presence would definitely provide a few extra tabloid headlines for the show’s big showstopping sequence of the year. Which brings us to… 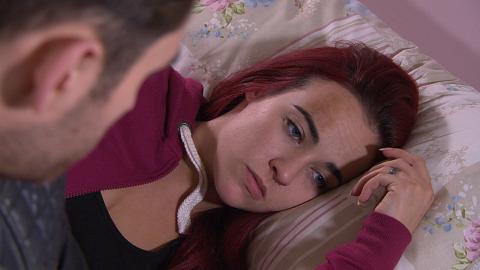 Hollyoaks is no stranger to bringing back high-profile characters just to kill them off. In 2016, the show reintroduced fan favourite Ashley Slanina-Davies as Amy Barnes, but it was later confirmed that the storyliners had always planned for Amy to die at the end of this short-term stint.

With this in mind, could the show be pulling a similar trick with Sinead and only be reintroducing Stephanie Davis for a certain period? If so, there’d be plenty of possibilities for Sinead to have a shocking ending. Could she end up in the annual stunt, as we’ve teased above? Perhaps Sinead will come back seriously ill, wanting to be with her family in her final months?

Or maybe Harry will go crazy again and jealously kill off the latest rival to Ste’s attentions? Harry played a pretty sinister role in Amy’s exit, even if he wasn’t the killer in the end, and he also left Ryan to die earlier this year. It’s always the quiet ones…

Kanye West Gets Real About His Unrelenting Public Support For Donald Trump: ‘Everything Is About Putting

Man who was shot dead by police was killed lawfully

Who is Travis Dyson? The gay escort found with Florida politician Andrew Gillum?