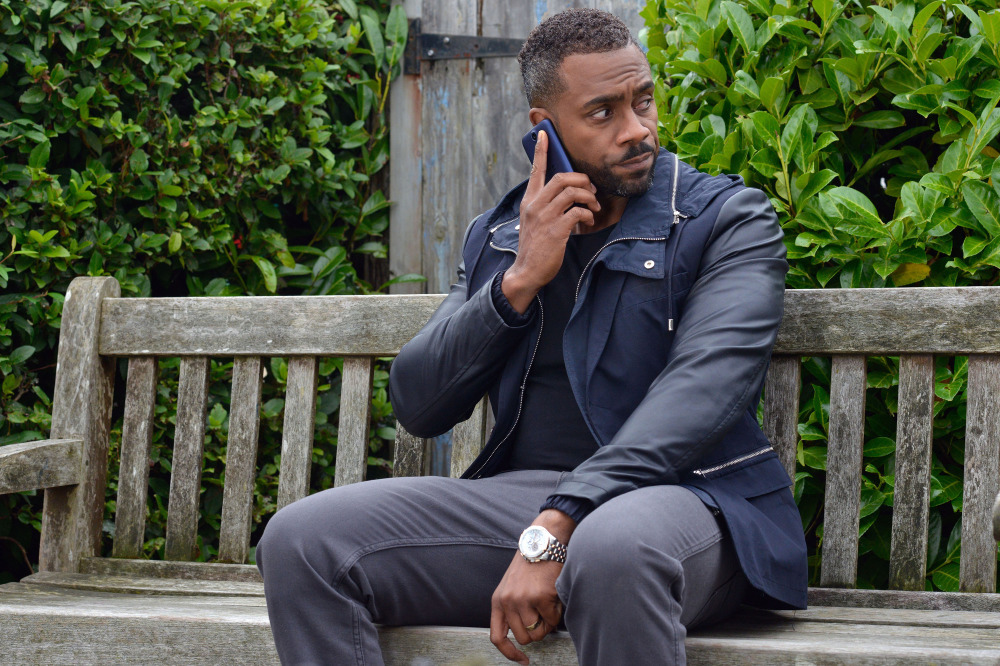 EastEnders finally solved the mystery of missing Vincent Hubbard (Richard Blackwood) this week, confirming that the popular character is dead.

Vincent was last seen on our screens over the three years ago, when he agreed to give the police information on the heist – orchestrated by Aidan Maguire (Patrick Bergin) – in exchange for money.

The policeman he spoke to made it quite clear that he and his family would have to go witness protection immediately, which Vincent agreed to, but – following a conversation with wife Kim Fox (Tameka Empson) – he changed his mind.

He therefore got into the policeman’s car and explained that he wasn’t leaving the Square, but it turned out that the officer in question was corrupt – working for Aidan – and thus pulled a gun on him.

Vincent’s fate was left ambiguous, and thus became the subject of much speculation. Fans were hopeful that we’d see the character make a surprise return at some point, but shocking scenes in this week’s episodes – three years later – put those theories to bed, as the soap confirmed that Vincent is dead.

Metro.co.uk caught up with actor Richard Blackwood, who now stars as Felix Westwood on Hollyoaks, to discuss the huge development in the curious case of Vincent Hubbard’s fate.

‘To be honest, I’m kind of taken aback that [EastEnders] were running with it for so long!,’ he told us. ‘I’ve had people coming up to me daily saying: “When are you going back [to EastEnders]? I’m like: “I’m on Hollyoaks!”

‘They’ve even seen me on screen on Hollyoaks, and they’ll ask when I’m going back to EastEnders!

‘Don’t get me wrong, in one sense, I’m very happy, because I don’t think there’s ever been a time when you’ve got a character that’s still prominent in a show, while the same actor is prominent on another at the same time! I’m grateful for that. But it’s also funny.

‘I always say to people it’s like if you work at Barclays, and someone says to you: “When are you going to go back to Halifax or Santander?”

‘You’d be like: ‘I’m actually working at Barclays now!’, you can’t just say: “I’m going to go work at Santander.” It’s not like that – it’s one or the other.

‘People outside of TV are sometimes like: ‘Yes, he just walks in there and shoots that scene and then walks all the way back to Liverpool!’

‘That’s been fun, but I’m kind of tired of explaining that I’m on Hollyoaks. So, I think it’s good that they’ve done that with the character.’

Richard made his Hollyoaks debut in March last year, and has since featured in many of the Channel 4 soap’s biggest storylines.

To read the rest of Richard’s interview, make sure you are signed up to the FREE Metro Soaps Newsletter by entering your email address in the box below. Packed with exclusives, interviews, spoilers and news.

John Travolta and Olivia Newton-John Open Up About Their 40-Year Friendship: 'We Have a Bond'

Oops! The night I flashed Prince Philip (and my other fashion fails)