Hollyoaks is lining up more heartbreaking scenes for Luke Morgan over the next few months – building up to his temporary exit from the show.

Luke is currently oblivious to the fact that his wife Mandy has been having an affair with his best friend Darren Osborne, while another big story coming up will see his teenage son Ollie targeted by a predator.

Digital Spy recently caught up with Gary Lucy, who plays Luke, for a catch-up chat about future storylines and his British Soap Awards nomination.

You’ve been back filming at Hollyoaks for nearly a year now. Was it the right choice to come back?

“Absolutely it was. It’s been very nostalgic in lots of ways and I’ve been able to pick up where I left off, working on some fantastic stories with great actors. It’s just been lovely to spend a bit of time with these people again. I’ve been sharing a set with people I thought I’d never get the chance to work with again.”

But you’re leaving soon to do The Full Monty tour! Are you looking forward to getting out on stage again?

“I can’t wait. It’s another gift of a job. I’m very lucky to be able to work with some very fantastic creatives – [executive producer] Bryan Kirkwood being one of them here at Hollyoaks. He gave me the opportunity to come back to the show and pick up Luke’s male rape storyline again. It was amazing to get a chance to revisit that 18 years on.

“It’s the same working with [theatre producer] David Pugh on The Full Monty. It’s a fantastic show that sells out everywhere we go, so I’m looking forward to getting back on the road with it again.”

It’s been reported that your exit for The Full Monty will just be a break – is that accurate?

“It’s a heartbreaking break. Luke is certainly not dead and I think it’d be a shame if there wasn’t more to come for him. There’s still plenty of loose ends, trust me!” 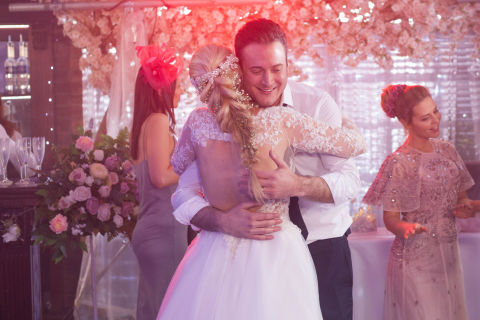 How are fans reacting to Mandy and Darren’s affair storyline? Are people feeling sorry for Luke?

“Absolutely! It’s pretty devastating, isn’t it? It’s a real shame and it’ll be really heartbreaking when Luke finds out. He has to find out just before he goes. There’s a few things that all come together in the last few weeks of me being here. It’s going to be pretty heartbreaking, but so it should be.”

In the long-term, could there still be hope for Luke and Mandy?

“Yeah, Mandy is the love of Luke’s life. That’s the worst thing about it. Obviously Mandy has been through a lot with Luke’s issues as well, but Darren is his best mate. It’s hard, so we’ll see. Who knows what will happen in Soapland?”

Would you like to film a big punch-up scene with Ashley Taylor Dawson, who plays Darren?

“No, I don’t think they should fight, to be honest. I think it should just be complete devastation. Personally I wouldn’t want to see them have a fight. I want to see Luke completely distraught and torn apart. Although obviously there’ll be a confrontation!” 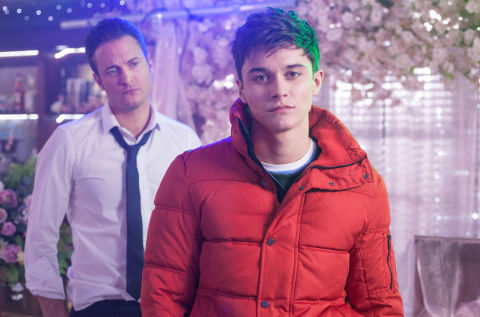 Your on-screen son Aedan Duckworth is about to have a big storyline, focusing on Ollie being abused by his football coach Buster.

“I think that’s going to be a great storyline. Aedan is a smart young kid and he’s going to be absolutely brilliant. I’m loving being part of helping him through the story. He’s talented and I’m happy to be part of his support.”

What kind of advice have you given to Aedan?

“I’m just with him to support him really – making sure he’s okay with the scenes. I’m supporting him on set as much as I can. I try to lighten the mood for him outside of the scenes as well, because it is heavy-going.

“I’ve been through it myself first time round, when I was doing Luke’s rape storyline back in the day. Some days you spend all day crying, then you get home and you’re absolutely wiped. But at the end of the day, Aedan is 17 so he also needs a chance to lighten up a little bit.”

Is Aedan staying in the show after you leave?

Will Luke partly blame himself for what’s happened to his son?

“I think Luke will be devastated that he’s pushed Ollie towards this and not picked up on the signs of what’s going on. How far that goes, we’ll wait and see. But Luke will obviously be absolutely distraught that, unknowingly, he’s put so much pressure on Ollie to go and be a footballer, not realising what he’s pushing him towards. It’s awful.” 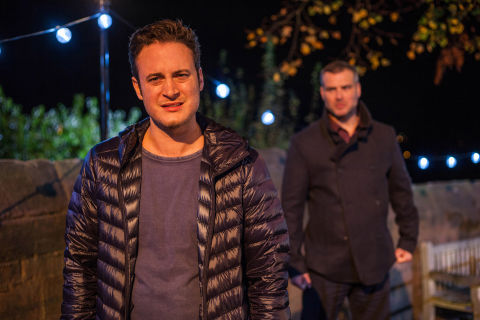 Luke’s male rape story in 2000 has arguably paved the way for Coronation Street‘s current storyline with David Platt. What do you make of some critics saying it’s too dark for Corrie?

“I think it’s great that Corrie are doing the storyline, and the fact people are talking about it is even better. It shows that it’s important – and I think others should follow suit by exploring these taboo subjects. They’re doing it responsibly and Jack P Shepherd is doing a great job with it, from what I’ve seen.

“Unfortunately the issue is out there and it does happen. When I did Luke’s storyline all those years ago, we got letters thanking us for exploring the subject from people who said we’d given them the strength to speak out, so it helped.

How does it feel to be up for Best Actor at the Soap Awards this year?

“Lovely. It’s a very nice compliment and a bit of a nod to the work you’ve done throughout the year, so I’m very pleased. I don’t hold out much hope of winning, but it’s lovely to be thought of in that way.”

Do you feel like Hollyoaks is still the underdog with the awards?

“Yeah, absolutely. Although I was lucky enough to get the first ever Best Newcomer prize at the Soap Awards in 2000! Hollyoaks have had several awards since, but I think it’s still always the underdog, absolutely. So it’s lovely to be nominated, but I’m not holding my breath.”

How do you feel about being up against Richard Linnell (Alfie) and Theo Graham (Hunter), who are just starting out in their careers?

“It’s brilliant. I think both of them are great. Richard’s got a brilliant story at the moment exploring Alfie’s mental health. In Hunter’s story when he lost Neeta, I think Theo was fantastic. So good luck to them.

“I hope neither of them get it, I hope I do, obviously! (Laughs.) They’ve got plenty of time and I’m getting old, so I’ve got to be ruthless with this!”

Votes for the British Soap Awards can be cast via the official website. Hollyoaks airs weeknights at 6.30pm on Channel 4, with first look screenings at 7pm on E4.

Survivors Manchester is available to support boys and men who have been affected by sexual abuse and rape. Its website can be found at www.survivorsmanchester.org.uk and its helpline is 0161 236 2182. Local support agencies for all male and female survivors can be found at www.thesurvivorstrust.org. In an emergency, please dial 999.

Judging by This Cast, All American Is About to Be Our Favorite CW Show