Hollyoaks star Owen Warner has explained why his character Romeo Quinn is so reluctant to introduce himself to long-lost father James.

Romeo originally arrived in Chester to track down James – who currently has no idea that he even has a son.

However, Romeo ultimately decided against introducing himself to his estranged dad and has since turned his attention to hosting illegal raves with Prince McQueen.

Explaining why Romeo is holding back at the moment, Owen said: “In an ideal world, Romeo would knock on James’ door and say, ‘Hey, by the way, you’re my dad’. 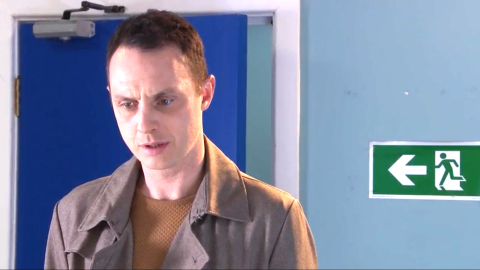 “However, after experiencing a childhood of hurt and trauma, Romeo has his guard up constantly. He’d love to have a relationship with James, but he’s so scared of being rejected.”

Owen also offered an insight into Romeo’s intentions with Prince’s wife Lily, saying: “Romeo’s mindset is very much like the actual Romeo, he’s a hopeless romantic.

“He sees Lily and instantly he falls in love, more so as he gets to know her. The fact that she’s married and he can’t have her won’t stop him trying. He knows they’re meant for each other.” 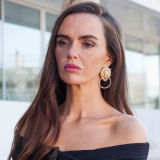 Digital Spy Soap Scoop video – hit play below for all the latest Hollyoaks spoilers, as the McQueens visit Magaluf and Milo gets arrested.

A top coronavirus expert broke lockdown rules for sex. Guess who the tabloids focused on?

Police catch 14 migrants ‘stealing fishing trawler to get to Britain’