Home and Away star George Mason has an entirely new look these days, after bowing out of his role as Ash.

Fans are bracing themselves to say goodbye to Ash following the news that he was leaving the show after three years.

Wrapped @daffodilsmovie last night. Ran into this incredible wahine at the airport. This is Rochelle. Rochelle wrote Daffodils.

Since finishing up on the show, George returned home to New Zealand to film his latest project, Daffodils – and he’s certainly looking very different.

After George shared a selfie showing off his sleek new look, fans couldn’t help but comment on his transformation, with some even questioning if it was the actor at all. 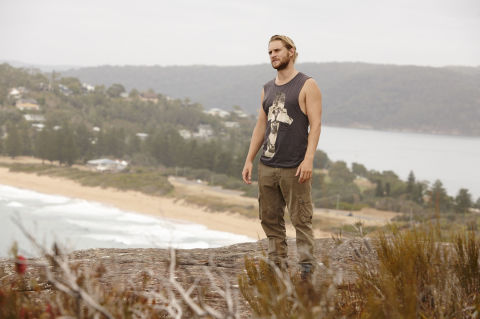 “Wtf I’m so confused, where did Ashford go,” one said, while another added: “Bloody hell, if some one had not said who he was i wouldnt have a clue.”

Ash made his first appearance in Home and Away back in 2014, as an old prison friend of Brax’s.

Since then, his big stories included his on-off relationship with Kat, the death of his sister Billie, and the subsequent custody battle for her daughter Luc.