Netflix has announced the launch date for the final season of House of Cards.

The political drama will conclude with an eight-episode sixth season, and this will be available to watch on the streaming platform on Friday, November 2.

The announcement was made on the show’s official Twitter account, which also shared a poster showing Robin Wright at the centre.

Wright plays President Claire Underwood, who last season was sworn in as leader of the free world as part of a plot with Frank, but in the end she betrayed him, declaring: “My turn.”

The final season will not feature Kevin Spacey as Frank, following numerous allegations of sexual misconduct against him.

Following the allegations, Netflix reduced its episode order from 13 to eight and scrapped two episodes that had already been filmed with Spacey as the lead. 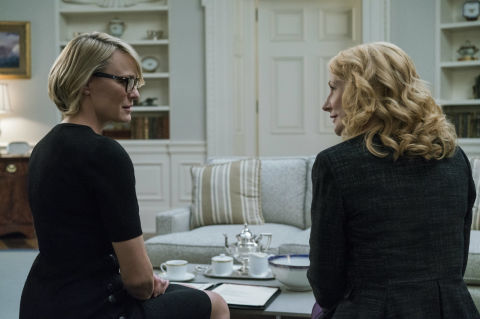 Last month, Wright said that it was right for Netflix to cut ties with Spacey.

“I think at that time, the shock was so intense all over the nation for many reasons. I think that everybody felt it was respectful to back off,” she said

“I think we were all surprised, of course, and ultimately saddened. We forged ahead and we were so thankful we were able to complete the series as planned.”

House of Cards returns to Netflix on Friday, November 2.

'I Love Lucy': Desi Arnaz Wouldn't Hire This Actor Until They Made a No-Alcohol Agreement

How companies – and employees – can avoid a burnout crisis

Celebrity Hairstylists Predict the Most Popular Hair Trends for Fall