Michael Fassbender has loads of X-Men memories, most notably the time he and co-star James McAvoy commandeered a golf cart on the “X-Men: First Class” set, crashed into a Lexus and went flying.

What Fassbender doesn’t have is Magneto’s helmet.

“It’s going to be hard to get my hands on one now. I should have stolen it; I should have gone out of the studio wearing it,” Fassbender says of the iconic headgear he’s donned as the master of magnetism in four X-Men movies, from 2011’s “First Class” to the new “Dark Phoenix.”

The latest superhero adventure (in theaters Friday) is presumably the last in the saga, as the recent Disney/Fox merger has put the future on hold for fan-favorite mutant characters such as Hugh Jackman’s retired Wolverine and Ryan Reynolds’ Deadpool.

Sophie Turner: Shooting a Jonas video was ‘more chaotic’ than ‘Game of Thrones’

Avengers vs. X-Men? How Marvel can maintain its super mojo after ‘Endgame’

But they’re going out in style, with an adaptation of the famed 1980s comic-book story line where X-Men heroine Jean Grey (Sophie Turner) is possessed by an all-powerful cosmic force and becomes a threat to the world and to the people she loves most in it.

Writer/director Simon Kinberg and his cast break down the most burning questions about “Dark Phoenix”:

Review: ‘Dark Phoenix’ flames out as an X-Men franchise finale

How is this X-Men film different from the rest?

There’s been a healthy balance of emotion and action ever since the original “X-Men” trilogy in the 2000s as well as the movies that kicked off with a new and younger cast in “First Class.” But what was important to Kinberg was exploring a dangerous character who loses control and her mind while creating a schism within the X-Men family. “I really wanted to push people all the way to their limits,” the director says. “How far do you go for someone you love? At what point when they become destructive can you stop trying to save them and start trying to save yourself and others?” 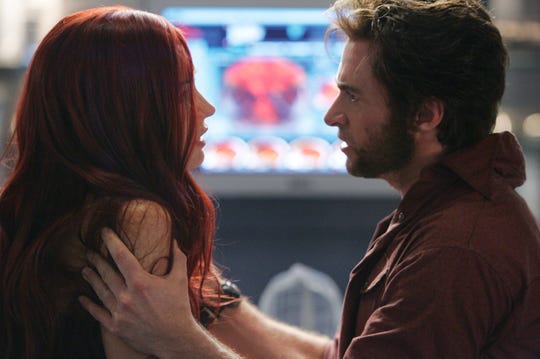 Haven’t we seen the Dark Phoenix story before?

Kinberg actually co-wrote director Brett Ratner’s maligned 2006 film “X-Men: The Last Stand,” where the story with Jean Grey (played by Famke Janssen) played second fiddle to a plot revolving around a mutant cure. But 2014’s time-traveling “X-Men: Days of Future Past” – which teamed up the original and new casts – let the franchise restart the timeline and get a second chance. “Maybe in fairness to the studio, it was partly because the world wasn’t ready for a comic book-based movie with that kind of complexity and nuance,” says Kinberg. 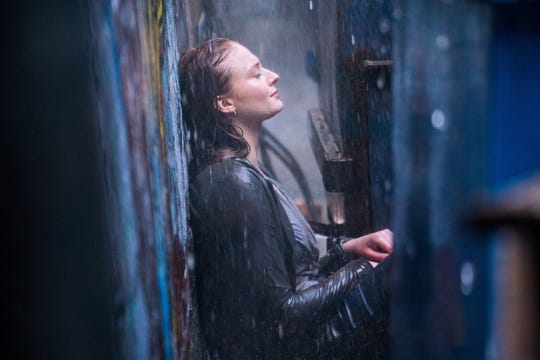 Does the movie do Jean Grey justice?

Jean’s inner and outer turmoil goes a long way in making the original “Dark Phoenix” saga a classic for comic-book fans, and to effectively capture that character’s troubles, Turner and Kinberg pored over books, articles and videos of people suffering from schizophrenia, borderline personality disorder and dissociative disorder. Turner also went about her normal life wearing headphones and listening to a random jumble of voices, “so she would know what it was like to walk around with voices in your head that you couldn’t control,” Kinberg says. Turner would meet up with friends and go shopping with the audio on “and it was so difficult,” she says. “I cried out of frustration probably about three times in one day.” 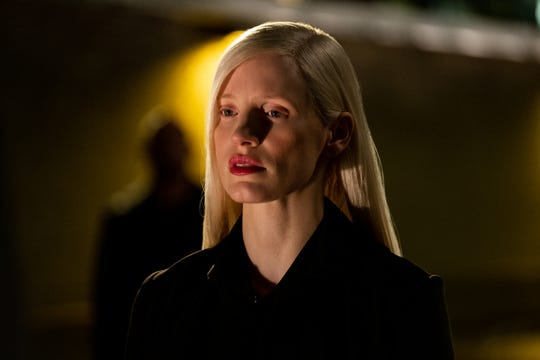 Jean breaks bad, yet the main antagonist isn’t even from this world: Jessica Chastain plays an alien being wanting to harness Jean’s newfound powers and wipe out humanity. “It’s like when we have ants in our house, and we put an ant trap out,” Chastain says. “In her mind, she feels like this is a species that is destroying the planet and that is going to go to destroy more of the universe.” Chastain was visually inspired by Robert Patrick’s T-1000 in “Terminator 2: Judgment Day,” as well as Tilda Swinton: The newest X-Men villain appears human “but there’s an elevated quality,” Chastain says. “She sticks out from a crowd, and I feel like Tilda has that look to her.”

How does the Phoenix force manifest itself?

From the first time the mysterious celestial body is seen in space until its full majestic form in the finale, Kinberg wanted it to have an organic nature, “even though it is extraterrestrial and cosmic.” The force transforms Jean gradually as it roils around and manifests inside her. “You see these sort of glowing cosmic cracks in her skin, like both the character herself is cracking up and also this entity inside of her is trying to get out and push out and control her,” says Kinberg.

Magneto (Michael Fassbender) is called back into duty for a matter of revenge in "Dark Phoenix." (Photo: 20TH CENTURY FOX)

What’s Magneto up to this time?

No one’s had quite the character arc of this guy, not even counting his older self played by Ian McKellen in the first “X-Men” films. Fassbender has played the character as best frenemy to Charles Xavier (McAvoy), megalomaniacal terrorist and family man. He’s actually in a good place as “Dark Phoenix” opens, living in a mutant-run independent state called Genosha, until he gets the news that Jean’s responsible for the death of a friend. “He seems to always try and get out and they keep dragging him back in, like ‘The Godfather III,’ ” Fassbender says.  “He kind of goes Old Testament in terms of an eye for an eye, a tooth for a tooth. He feels obligated to avenge (that) death.” 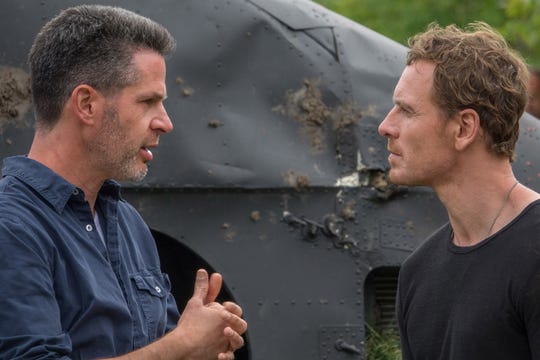 Director Simon Kinberg (left) works on a scene with Michael Fassbender on the set of "Dark Phoenix." (Photo: DOANE GREGORY)

Is this really the end of an era?

Turner acknowledges that the future of X-Men movies is “very up in the air,” so “we’re all saying goodbye, just in case.” But Kinberg started writing “Dark Phoenix” three years ago, before the Disney/Fox deal, and approached it as a real endpoint. “For 20 years when you count the original movies, we’ve been living with some version of this family, and for me, this is the culmination. Seeing this family split apart and have to come back together, that felt like it was a natural climax of these two decades of storytelling.” 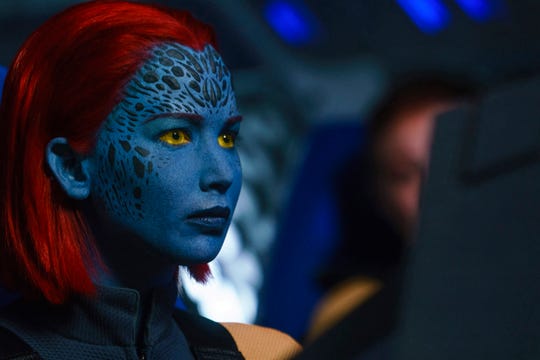 What’s the legacy of the X-franchise?

Not only did the X-Men movies change Fassbender’s life by giving him bigger film opportunities (and scarred him permanently with that golf-cart incident), he feels they stayed true to the themes of the comics born of the civil-rights era: “Even though it’s a fantastical universe, it’s very much anchored in real human topics, things that we deal with in the world: The idea of people being segregated or pushed to the fringes of society.” Turner’s biggest takeaway is how these films have been about “making people who are minorities or are ashamed of things that make them different” know it’s those aspects that make them special. “When they do these unique things that make them different together, they can become quite powerful.”