At the 2020 Film Independent Spirit Awards, Lulu Wang told the crowd that women did not need encouragement to pursue directing; they needed people to employ them. NBC’s Female Forward program does just that with shows like Superstore, Good Girls, and Brooklyn Nine-Nine.

Kris Lefcoe is one of the members of NBC’s Female Forward program, and got the chance to direct the most recent episode of Superstore, “Cereal Bar.”

“Women don’t need endless shadowing and training programs. They need the job. I wish more programs would follow NBC’s lead and offer a job after shadowing. There are plenty of qualified women out there, ready to direct TV,” said Lefcoe 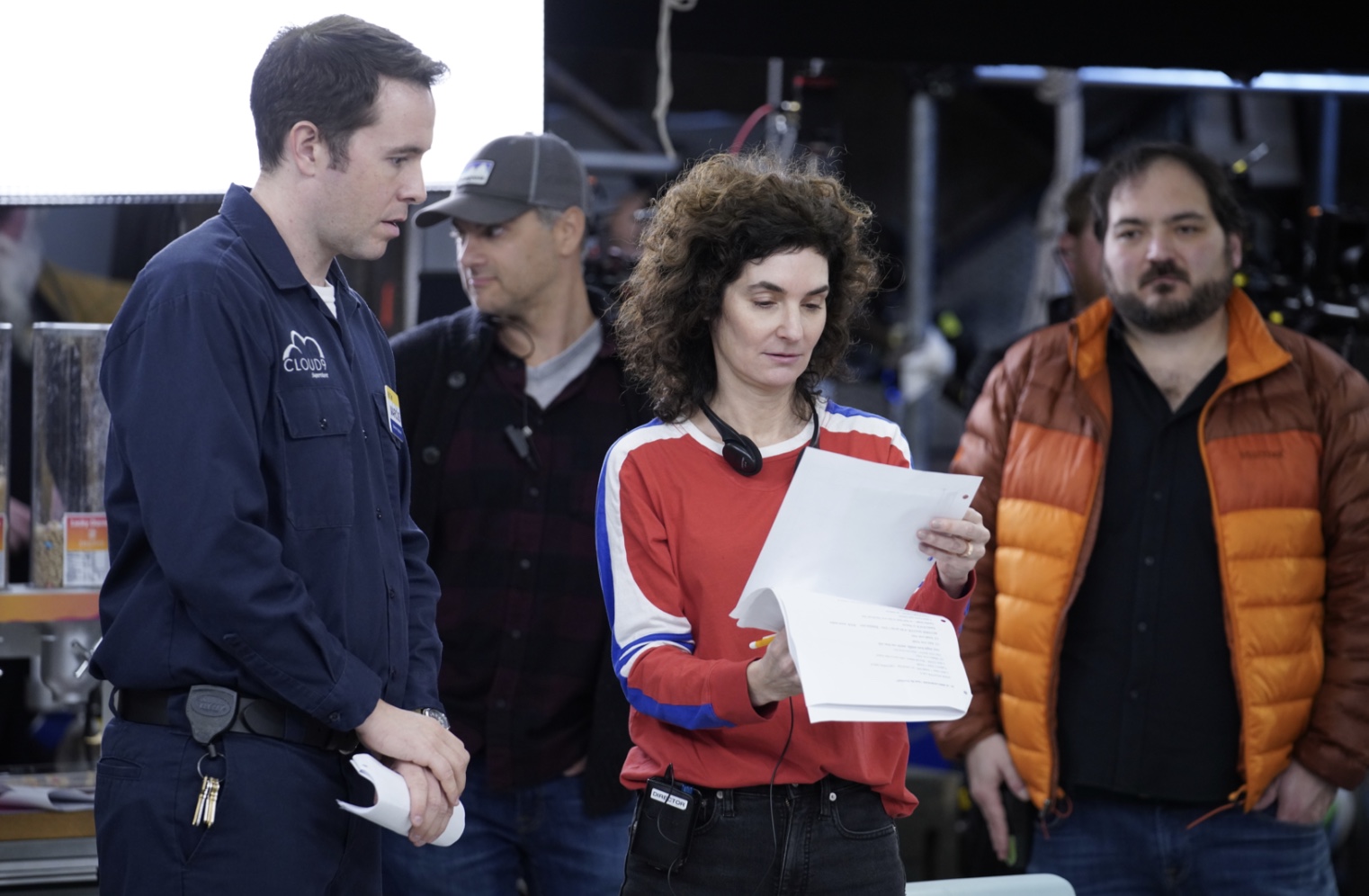 Lefcoe has been directing for 20 years, and has directed music videos, short films, a feature film, and her own half-hour pilot. She was particularly interested in the Female Forward program because it guarantees a directing job.

“I’d been hearing a lot about these programs from fellow filmmakers – so many studios and networks have them now – but NBC is the only program that actually guarantees the participants an episode to direct,” Lefcoe said. “So it’s not just shadowing, it’s a job. That’s why I focused on the NBC program, and was thrilled to even get an interview, let alone actually get in.” 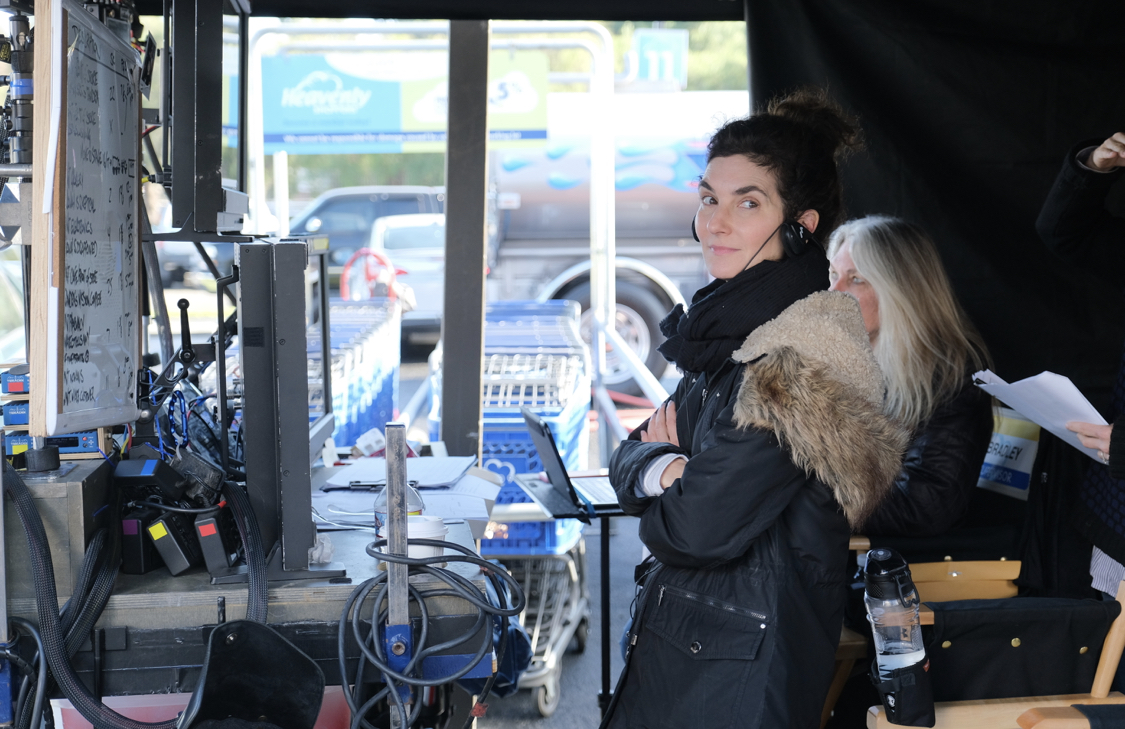 After being selected for the Female Forward program, Lefcoe shadowed NBC’s show Superstore.

“It’s clear these executives are serious about nurturing our careers, they’re truly setting us up to succeed. The directors I shadowed on Superstore, Victor Nelli, and Rob Cohen, were so generous with their time and advice, I had a great time hanging out with those guys through their episodes, and learned a ton from both of them,” she said.

Women only make up a small percentage of scripted TV directors, and the Female Forward program helps make sure that there are experienced female directors in the field. Episodic shows can be difficult to break into, as directors have to be able to visualize someone else’s work.

Love you as much as Amy hates coconut. ? #Superstore

“As a guest director on an episodic show, I’m there to realize the writer’s and showrunner’s vision, using a specific visual language that’s already established. It has to look and feel like every other episode of their show,” Lefcoe said. “And on a show like Superstore, that’s been on for 5 seasons, you have to respect that everyone there knows their show, their characters, and each other, better than you do.”

There was one familiar face on set

While Lefcoe was a guest director on Superstore, she already knew one member of the cast. Lefcoe’s first job in the film industry was working as a PA and driver on The Kids in the Hall. Her first task? Picking up Mark McKinney and driving him to set. Years later, Lefcoe and McKinney reminisced about their first meeting when they reunited on the Superstore set.

“When I walked onto the Superstore set for the first time a few months ago, Mark came over and gave me a big hug and said ‘I remember a million years ago when you were a PA on Kids in The Hall, you told me you’d be directing me one day. And here we are!’ How sweet is it that I got to direct Mark on my first ever episode of TV? And he’s still so lovely, amazing, and hilarious,” Lefcoe said.

Kris Lefcoe directed the most recent episode of ‘Superstore’ on NBC

The Superstore episode “Cereal Bar” aired on NBC on Feb. 13. In the episode, Zephra provides a cereal bar for all of the Cloud 9 employees on Valentine’s Day. Meanwhile, Garrett tries to get out of work by convincing Glenn he is mentally distressed, and Dina finds herself attracted to a scammer in the store.

“I wanted to make sure to completely sell the Dina storyline… It needed to feel real even though it also gets totally ridiculous. That’s a comedy sweet spot for me – grounded yet ridiculous – and I really wanted to nail it,” Lefcoe said. “But overall, I just wanted to make a really funny episode of Superstore. And I think I pulled it off!”

After directing the Superstore episode for NBC, Lefcoe has plans to write and direct another feature film.

“It’s a comedy about a couple whose married life with kids has reached the breaking point, so they decide to embark on an unimaginable experiment – doing whatever the hell they want. It’s like a midlife crisis escape fantasy involving a lot of hedonism and hallucinogens. I can’t wait to shoot it,” she said.