Manny Jacinto plays the lovable, but completely dimwitted Jason Mendoza on NBC’s The Good Place. His character is probably one of the dumbest TV personalities since Joey Tribbiani on Friends.

Luckily, viewers love the sweet, doofus. He brings light-hearted fun, jokes about the Jacksonville Jaguars, and molotov cocktails, to a show that’s mainly focused around philosophy.

Jason is so goofy and dumb that it’s hard to imagine him being even more so, but that’s exactly what The Good Place creators wanted at first.

It takes a lot of thought to play the lovable dummy, Jason Mendoza 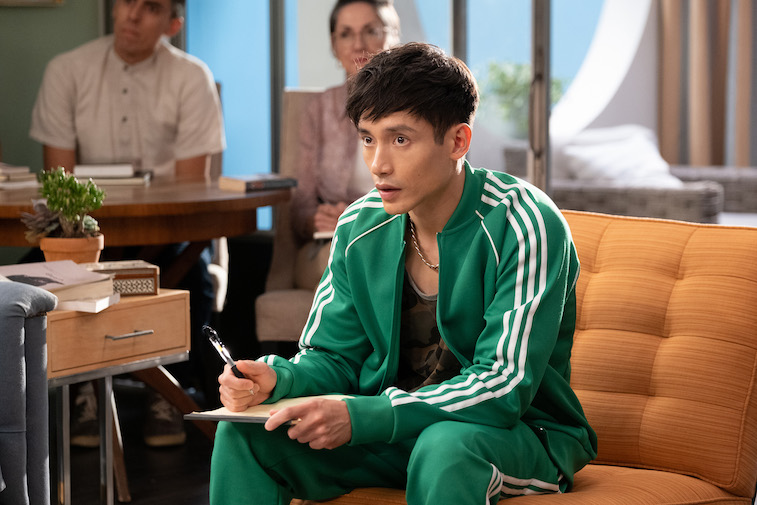 In real life, Jacinto is much smarter than you might expect. The character of Jason is Jacinto’s first major role, so he had some learning to do on set. But he’s thrown himself into playing the lovable dummy, and picked up lots of great tips along the way.

“I think the biggest thing I’ve learned…” Jacinto told the Los Angeles Times, “is finding the truth in what he [the character] has to say. So… Regardless of how crazy the words that come out of Jason Mendoza’s mouth, as long as he believes it, it’ll be truthful.”

It takes a lot of effort to appear that stupid, so Jacinto really works at it. But as he explained in the same interview, sometimes, the character’s dumbness works in his favor.

During his callback for the role of Jason, there was a moment when Jacinto forgot his lines, and thought he’d lost the part. “I was interacting with the reader and all of the sudden I kind of just stopped talking,” he said. “But it worked out so well because he’s not always there.”

How ‘The Good Place’ writers almost made Jason Mendoza even dumber

The Good Place writers wanted Jason to be a dummy, but they did end up adding a few IQ points when they thought the character was becoming too dumb. Originally, there was a joke in the script that turned out to be way too stupid, even for Jason. According to the show’s creator, the joke had to be removed before things went too far.

“I was doing a rewrite for someone’s script,” Schur told Entertainment Weekly, “and someone mentioned the word farm, and I wrote a joke for Jason where he said, ‘What’s a farm?’”

But some things are so dumb that it’s not believable, so the farm joke had to be removed. “I was like, ‘Obviously, we have to change this. This is insane,’” said Schur. “And the writers were like, ‘No, what are you doing?’ That’s hillarious!’ and I was like, ‘I know he’s a total bonehead, but we can’t say he doesn’t know what a farm is. That’s not a person who uneducated or unworldly – that’s a person missing 12 years of his life because he has some disease.”

‘What’s a farm?’ became a running joke on ‘The Good Place’

Unfortunately, the farm joke didn’t die there. As Schur continued to explain, it became a running joke between the writers and production. They would troll him by including a reference to the farm joke, where Jason would ask “What’s a farm?” in every script.

“It drove me crazy,” Schur said.

The jokes were all removed before production. The final show never included a line for Jason asking about what a farm was. That would have been just too stupid to be believable.

But of course, leaving in all the times he yelled the names of Jacksonville Jaguar players, “Blake Bortles” and “Nick Foles” made perfect sense. Luckily, we all pretty much love Jason no matter what silly thing comes out of his mouth.

9 Plus Size Dresses to Buy for Spring at Every Budget