Home » TV & Movies » How the Ross Brothers Made the Year’s Most Timely Movie With ‘Bloody Nose, Empty Pockets’

When “Bloody Nose, Empty Pockets” premiered at the 2020 Sundance Film Festival, it captured the national tailspin of 2016 in tragicomic detail. Six months later, this snapshot of apocalyptic malaise is so attuned to the current moment it may as well exist in a crystal ball. Shot on a Louisiana set designed to look like a bar in Las Vegas, the quasi-documentary unfolds over the course of the last boozy night of a grimy watering hole, where lost souls gather to commiserate and escape their woes through the catharsis of their ragtag community. Much of it was staged, but none of it scripted. It’s both a somber goodbye and a paean to surviving another day.

Such is the sophistication of Bill and Turner Ross, whose unclassifiable hybrid documentary work ranks among some of the most adventurous American cinema in recent years. From neighborhood snapshot “45365” to the shadowy one-night adventure “Tchoupitoulas,” the small-town Texan life of “Western,” and the expressive David Byrne performance of “Contemporary Color,” the Ross brothers have crafted a dynamic body of work built around the undulating moods of American society. “Bloody Nose, Empty Pockets” shows the expansive potential of that approach.

“In 2016, we were concerned by where the world was arriving,” said Turner, in a Zoom interview with Bill by his side. “But if we take off the trappings of specificity, hopefully it’s more universal and bizarrely connects with a future time.” Bill chimed in: “I don’t think it’s so bizarre. I like to think that we keep up to date with what’s going on in the world.”

Turner nodded. “This movie was about being terrified,” he said. “Our earlier films were more about confronting the past — nostalgia, dreams, childhoods, the myth of America and the stories we’re told. With this one, it was an uncertain world with an uncertain future. How can we terrify ourselves by making that?”

Terror. The word takes on new connotations with each passing moment, but it was a pair of DIY filmmakers breaking the boundaries of their medium — the movie dances a complex line between documentary and fiction — to create the fullest cinematic representation of the fractious, anxiety-fueled moment that greets its opening. (The movie is now available as a virtual release.) “Bloody Nose, Empty Pockets” might have been inspired by 2016, but it embodies 2020.

“This is a time of massive inhibition,” Turner said. “We wanted to shake up the snow globe and see what happens. We felt very alive within that.”

“Bloody Nose, Empty Pockets” exists within a self-contained universe, from the rascally barfly and failed actor whose ramblings bookend the movie to the angry veteran who sits on the outskirts of the frame until he unleashes a teary-eyed confession. At almost every moment, the movie lands on another observant sliver: There’s a guitar-wielding bartender who brings some measure of levity to hard times; the kids who toy around in the alley, indifferent to the collapsing social mores indoors; the acid-tripping beardo whose increasing bafflement eventually becomes the most logical response to the chaos around him. Little by little, the Ross brothers construct a collage of modern times. “For us,” Turner said, “it’s a manifestation of America.”

The siblings have lived in New Orleans for years, thriving on a close-knit community of film collectives and festival regulars, finding their way by working off the grid. Of course, that didn’t just happen: Early on, both of the Ross brothers scored work in the film industry, with Bill cutting trailers and Turner working in art departments, both in Los Angeles. “In our minds, we had made it in Hollywood,” Bill said. That changed when they both considered joining their respective unions. “We realized that there was a future there,” said Turner. “But if we did it, we’d be locked into it and our souls would be crushed,” said Bill, finishing his brother’s thought. “We had to jump ship. So we did.” 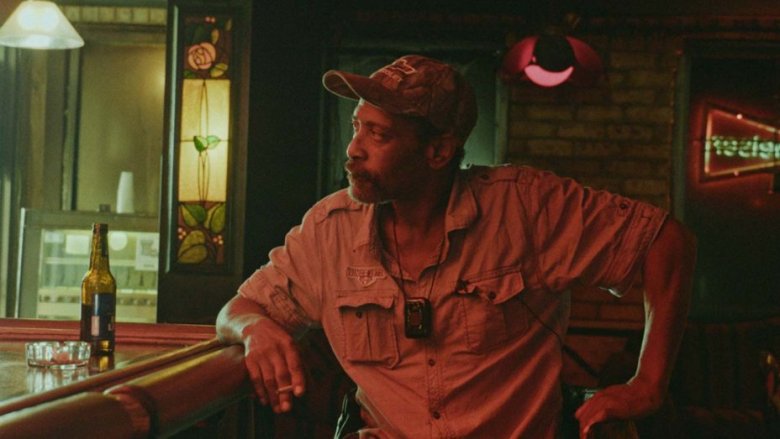 On the face of it, that assertion might sound too good to be true, but the Ross brothers have managed to eke out a unique body of work while hovering on the sidelines of their peers’ expensive projects, which they said only confirmed that Hollywood was not for them. They served as first-unit directors on fellow Louisiana resident Benh Zeitlin’s Peter Pan riff “Wendy,” even directing an authorized documentary on the production called “Second Star to the Right and Straight On ’Til Morning.”

That film may may never get released. Fox Searchlight wasn’t interested in the project they turned around, an absorbing, discursive assemblage of lush scenery from the Caribbean island where the film was shot that shows more interest in small asides and sudden bursts of creativity than any sort of factory-approved behind-the-scenes peek. “We had free reign to make whatever we wanted,” Turner said, “and it wasn’t what they wanted.”

On cue, Bill launched into a studio mogul cartoon: “‘Baby, baby, get it to the sweet spot! Thirteen minutes, baby!’” (The project, which the brothers considered about 95 percent done, runs just over an hour.) “They wanted interviews.” Turner rolled his eyes. “We said at the beginning that we aren’t going to do any of that.” Bill again: “At the beginning, they were like, ‘Baby, baby! We’ve seen all your films! We love your approach! The Ross brothers! Yes!’” 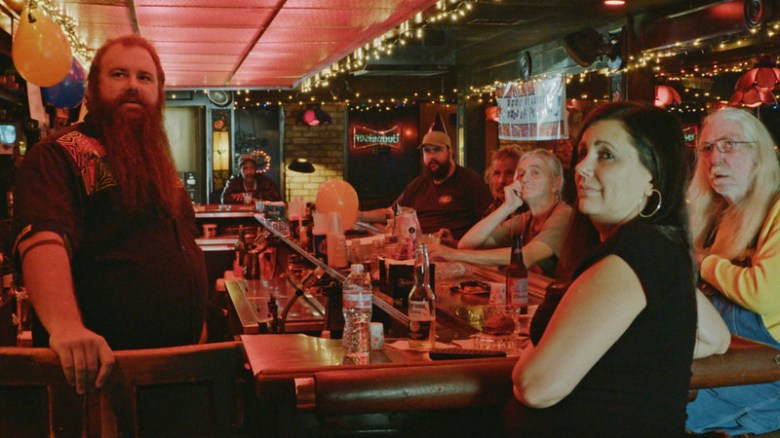 Whether or not the Ross brothers could have found a middle ground with the studio, the outcome only further confirms their disdain for any threat to their creative control. “We love seeing our friends succeed in the box office with studio support,” Turner said. “That said, we don’t envy them at all. We just don’t want to lose sight of why what we do works.”

The brothers described the mantra behind all of their projects as “Better in every direction.” That has meant looking for new challenges, both practical and thematic, so that even as their work has an internal consistency no two movies are alike. “How can we not become complaisant?” Turner said. “We want to explore things we don’t know and learn every time we do it.”

That commitment has worked in their favor: Byrne hired them for “Contemporary Color,” and the Sundance Institute supported “Bloody Nose, Empty Pockets.” They’re still making the rounds to find resources, but have an easier time getting the meetings they need. “More people do listen to us than before, whether they fund us or not,” Turner said, laughing as he described their guerrilla filmmaking methods. “We’re the low-cost leaders. We can do in-house.”

The Ross brothers seemed unperturbed by the pandemic’s disruptive impact on the film industry. “The industry was in a strange time before this pandemic,” Turner said. “It’s just being exacerbated by this situation.” If movies get harder to make, well, the Ross brothers never found it easy in the first place. They spent a decade pitching versions of “Bloody Nose, Empty Pockets” to various financiers before before cobbling together support from the Sundance Institute and Davis Guggenheim’s Concordia Studio, among others.

The brothers take an organic and unhurried approach to figuring out each new project, and don’t know how long it will take for their sixth feature to take shape. “We’re figuring it out,” Bill said. “We had highlighted a couple places in the country to go be inspired, as usual — long drives, going to cafes, restaurants, bars, cookouts, just talking to people and gauging the political and social winds.” Turner said he had 100 pages of notes, but declined to share the details. “They don’t mean anything unless there’s an coat rack to hang them on,” he said. “For us, that’s always an exploratory act — what does the world say back to us?  That has been stunted at this time, but that gives us time to be reflective and channel what we’re personally going through.”

However, they don’t see much potential in shooting new footage until some aspects of the public health crisis subsides. “We thrive on going out and meeting people, starting relationships, having conversations. That’s not really possible,” Bill said. “For us, it’s about eye contact, being present. It’s unnatural now.”

Turner found the upside. “The momentum has been disrupted, but I don’t think that’s negative,” he said. “ I think it’s OK to take a pause and evaluate. I mean, we have a film out now.” He smiled. “We’re at our best when we channel something we understand deeply,” he said. “We need to double down and figure out the things that are true to us. We’ll get there.”

Director Bong Joon Ho: "I Can't Cry Every Day, So I Make Films"

When is Emily in Paris released on Netflix? Cast, trailer and everything you need to know