ITV viewers tuned in to see Good Morning Britain discuss International Men’s Day and presenter Piers Morgan wasted no time in hitting out at those who had declined his chivalrous acts in the past.

Piers was joined by Susanna Reid to deliver today’s programme and those watching at home saw them discuss whether or not the International Men’s and Women’s separates the genders from society.

Joining them in the studio to give their opinions was comedian Andrew Doyle and actor Tamer Hassan.

“Should women be celebrating rather than criticising as many seem to want to these days, just old fashioned conventional stuff,” Piers asked. 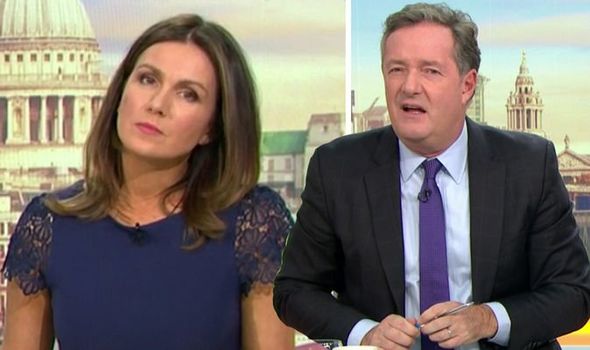 “Are women criticising that?” Tamer replied.

“A lot of women are,” Piers remarked.

But Susanna was keen for her co-star to expand further and interrupted: “Can I just say, what other examples… if you open a door for me I don’t say…”

“You don’t but a lot of more radical feminists say ‘I can open my own door.. I can do this,’” Piers said. 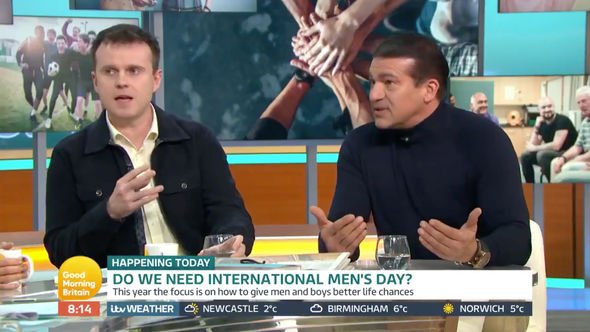 “How many times have you been told by this mythical radical feminist that you set up as a straw man,” Susanna hit back.

“Is that because you’re Piers Morgan?” Tamer joked.

“They might not be radical feminists at all!” Susanna laughed.

“Ha they might be. My point is, you don’t need to do stuff for us any more, we can do it,” Piers replied.

“We’re obsessed with the idea of sex, gender, racial identity, all of those things, we’re pigeon-holing,” Andrew explained.

“And I think that’s what International Women’s Day and International Men’s Day is – it’s basically let’s focus on this aspect of our personality rather than what we have in common, which I think is a bit more important,” he added.

It comes after the breakfast show discussed the BBC Newsnight interview with Prince Andrew.

Chuka Umunna was a guest earlier in the morning and he gave viewers his opinion on the claims.

During the conversation, the politician branded the royal “a disgrace” and questioned whether or not he should step out of the limelight.

QR code scanner: How to scan a QR code on iPhone

Covid test: Elderly can leave care homes this Christmas – if family get tested

Scientists given £8.4million to find out answers on Covid-19