The AMPTP (Alliance of Motion Picture and Television Producers) and the 13 local unions of West Coast IATSE (International Alliance of Theatrical Stage Employees) currently operate under the Hollywood Basic Agreement, which expired this week after negotiations hit an impasse 11 days ago. The IATSE membership of those 13 locals — approximately 40,000 to 45,000 members who represent a large percentage of the crew who work in film and TV production in Los Angeles — are on day two of a three-day voting period in which they will decide whether to authorize leadership to call a strike. Voting on strike authorization closes Sunday, October 3, with results expected Monday.

Here’s what you need to know to put this strike authorization in context, understand what comes next, and which productions would be affected by a strike.

Authorization is inevitable, but it’s turnout that matters

According to a half-dozen sources inside IATSE locals’ leadership who spoke on background, strike authorization is expected to win by a large percentage. What matters even more than the percentage of members who vote ‘yes’ is the percentage of the overall membership who chooses to vote. That engagement will be key to strengthening the position of IATSE President Matthew Loeb when he returns to the negotiation table with a strike authorization in his back pocket.

Strikes by IATSE locals have been few and far between in Hollywood history; a widespread IATSE strike is unheard of. Much of that comes down to the lack of engagement by IATSE membership, which is fractured by a myriad of locals. Divided by craft, and often region, it’s difficult to create solidarity among its 150,000 members.

This time may be different. During the last round of negotiations in 2018, IATSE members were increasingly incensed over issues of streaming compensation, benefits, and work hours. This summer, Brooklyn-based lighting technician Ben Gottlieb stoked that fire with the creation of Instagram account IATSE Stories. Social media’s ability to share workers’ stories has been key to creating solidarity.

This weekend, local leaders in Los Angeles will hold multiple outreach events planned for Saturday and Sunday to capitalize on momentum and turn out the vote. 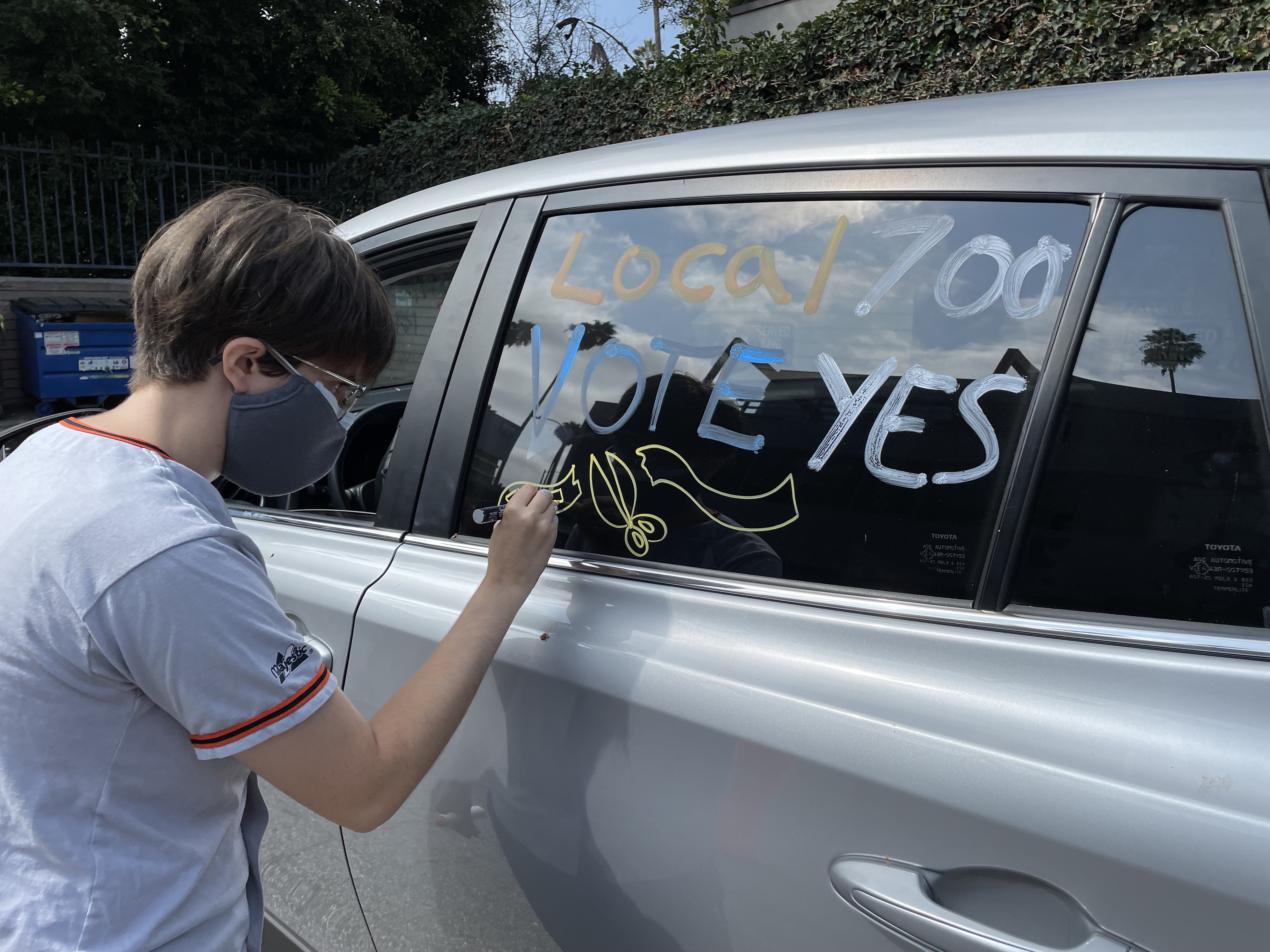 Work stoppage is rarely the preferred outcome in a labor negotiation, but it’s important to note how little appetite there is for a strike on either side. After the first 16 months of the pandemic led to a shutdown and severely decreased production, Hollywood has content-hungry streaming platforms to feed and crew have bills to pay.

Over the last two months, production ramped up to pre-pandemic levels; at the same time, crews’ contract negotiations stalled with deadlines extended from summer to fall. The reason was legitimate: IATSE (along with the DGA and SAG) focused its AMPTP negotiations on rewriting COVID-safety protocols to reflect the current reality of vaccines and a better understanding of how to prevent the spread of the virus. These historic protocols helped more productions restart; what hasn’t resumed, according to IATSE, is the AMPTP’s willingness to negotiate a new contract.

Publicly and privately, the stated goal of strike authorization is serving as a wake-up call to the AMPTP and kickstarting negotiations. “They’ve made it about power, not reason, so my read is that if they see that the strike authorization is passed, then maybe they will return to reason and the bargaining table,” Loeb said in interview with the Los Angeles Times published Thursday. “But if it’s about power, that’s a problem.” 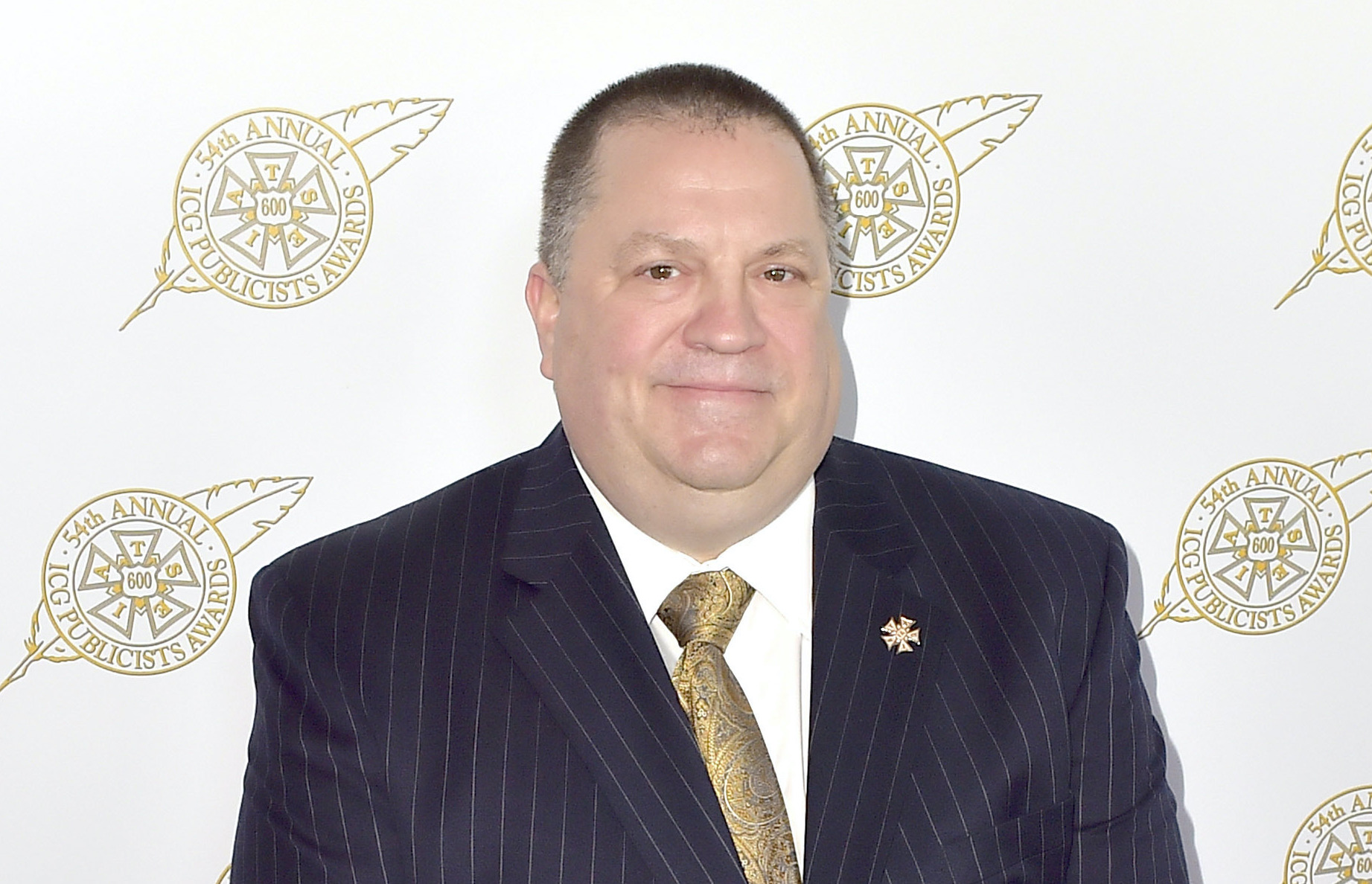 IATSE insiders tell IndieWire that a minimum of three weeks of negotiations, or attempted negotiations, will follow the strike authorization vote. That said: If AMPTP continues to exert its power in the form of not moving on streaming compensation and work hours, a strike is inevitable.

Hollywood cannot make film or TV shows without the 150,000 IATSE crew who handle virtually every aspect of production. However, it’s unclear that a looming strike would bring all production to a halt. The two expired agreements that would be under strike include:

Hollywood Basic Agreement: This applies to 13 West Coast locals consisting of an estimated 40,000 to 45,000 members working in Los Angeles. While that represents a great number of studio’s scripted movies and television series, an important aspect of the Basic agreement is the Videotape Electronics Supplemental Agreement, which applies to talk shows, reality TV, game shows, and variety shows like “Entertainment Tonight,” “Dancing with the Stars,” and “Judge Judy.” It covers all productions within Los Angeles County, and people working on productions anywhere in North America who are hired by a producer in LA County.

Area Standards Agreement: This applies to 10,000 to 15,000 IATSE members employed on productions in large production states like Georgia, New Mexico, and Louisiana.

Add the two groups together and you have approximately 60,000 members striking and a huge chunk of Hollywood’s business put on hold, but that’s not everything and everyone. Not covered, for example, are productions under the still-active theatrical low-budget agreement for movies under $15 million; the Premium Cable Agreement, for original shows made by HBO, Showtime, and Starz cable channels; side agreements that cover commercials; and parts of the country with their own regional agreements, most notably New York.

In an online presentation to its membership in late September, IATSE reps emphasized that members working on commercials or for HBO, Showtime, Starz, Cinemax, BET, or another company that has a contract still in effect, must keep working. That message was underlined in an email sent to members.

However, sources tell IndieWire that a Deadline headline underlining this fact (“IATSE Strike Wouldn’t Hit HBO, Showtime, BET & Starz Shows: “You Won’t Be A Scab,” Union Tells Members“) caused enormous headaches for IATSE’s leadership. Was it true? Yes — but it had nothing to do with the contractual issues at hand. Worse, the emphasis risked creating confusion and emphasizing the fractured nature of IATSE. Parsing why a member would strike against a streaming-only HBO Max show like “Hacks,” but not the HBO original series “Succession,” played into the AMPTP’s hands.

International IATSE leaders instructed local leaders and business reps to stop getting into the minutiae of the still-active agreements, while its lawyers dug into members’ actual legal obligations. Sources told IndieWire it’s unlikely that national locals could legally instruct members to strike across the board. However, if members chose not to cross picket lines, IATSE leadership would defend their right to do so.

With that distinction, production executives and New York-based producers who spoke to IndieWire said they’re most keenly interested in how members of locals 600 (Camera), 700 (Editors), and 800 (Art Directors) view a potential strike. These are by far the three biggest and most powerful of the 13 IATSE locals under the Hollywood Basic Agreement, but just as important: They are the only three national locals. If there’s a strike, how would members of those national locals feel about working on a studio project shooting in New York, while members of their local are striking in Los Angeles and Atlanta?

While big-name actors like Seth Rogen speaking in support of IATSE will make headlines, what could really move the needle are the voices of an Oscar-winning cinematographer like Roger Deakins (Local 600) or production designer Hannah Beachler (Local 800). What do they have to say about continuing to work where there are still active agreements? If members of 600, 700, or 800 view a strike as being across the board, and not confined to the expired Hollywood Basic and ASA agreements, then virtually all Film and TV production does, in fact, grind to a halt.

Archie's Canceled First Birthday Party Was Going to Double as a "Welcome to L.A. Bash"