In addition to playing the titular role, the ‘Avengers: Infinity War’ actor is also tapped to direct the upcoming movie.

AceShowbiz –
Idris Elba is set to give gothic fairy tale “The Hunchback Of Notre Dame” a modern twist as the star and director of the new Netflix movie.

The “Avengers: Infinity War” actor and celebrity DJ will also produce the project for his Green Door Pictures company, and use his music skills to create original tunes for the film. 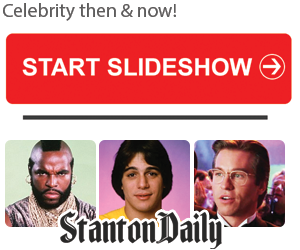 According to The Hollywood Reporter, the modernised take on Victor Hugo’s classic 19th century romance has been described by studio officials as a “sonic and musical experience”.

The Giver’s Michael Mitnick has been recruited to write the script for the live action movie, which will follow deformed protagonist Quasimodo as he falls in love with the beautiful gypsy Esmeralda.

“The Hunchback of Notre Dame” has previously been adapted for the screen a number of times, most famously for Disney’s animated movie musical in 1996. Directed by Kirk Wise and Gary Trousdale, it featured the voices of Tom Hulce as Quasimodo and Demi Moore as Esmeralda, alongside the likes of Kevin Kline, Jason Alexander, and David Ogden Stiers.

The revamp marks Elba’s second big project as director after stepping behind the camera for crime drama Yardie, which is set for release later this year.

He is also no stranger to Netflix, having previously starred in filmmaker Cary Joji Fukunaga’s African war drama “Beasts of No Nation”, which premiered on the streaming service in 2015.

Idris has since continued the Netflix partnership with his new comedy series “Turn Up Charlie”, in which he plays a struggling DJ and bachelor tasked with taking care of his famous best friend’s troubled daughter.

Fray Bentos brings out new recipes – thanks to a MasterChef