The 27-year-old, Iggy looked super-confident as she strutted her stuff in a revealing two-piece. 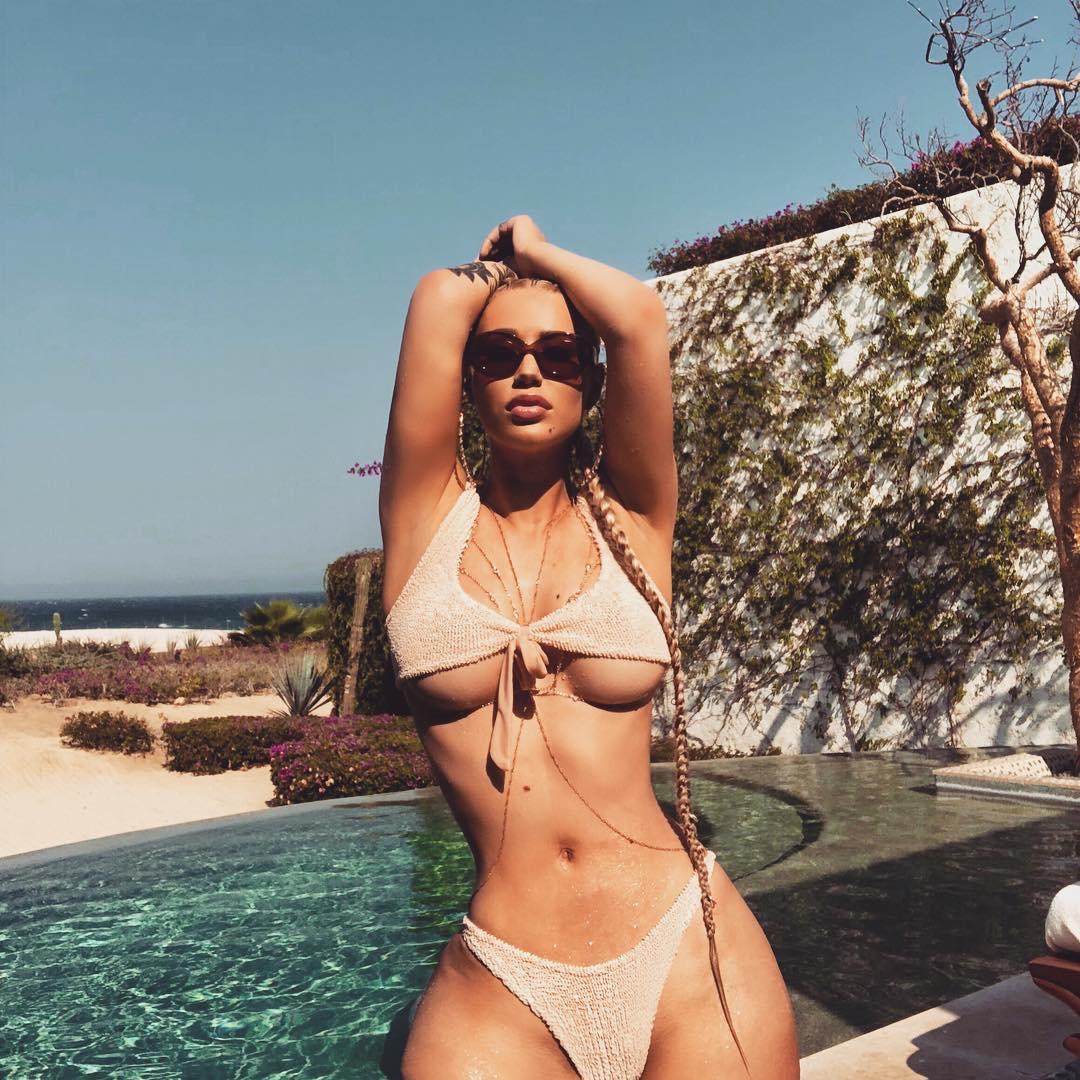 The first of three pictures showed her look at the camera over her shoulder as she showed off her bootylicious bottom.

Known for her eye-catching figure, Iggy has always been adamant she’s not had any work done.

In the second picture, the rapper held her arms above her head as she gazed straight towards the camera from behind her sunglasses.

Despite choosing to cover her eyes, Iggy was less shy about exposing her underboob. 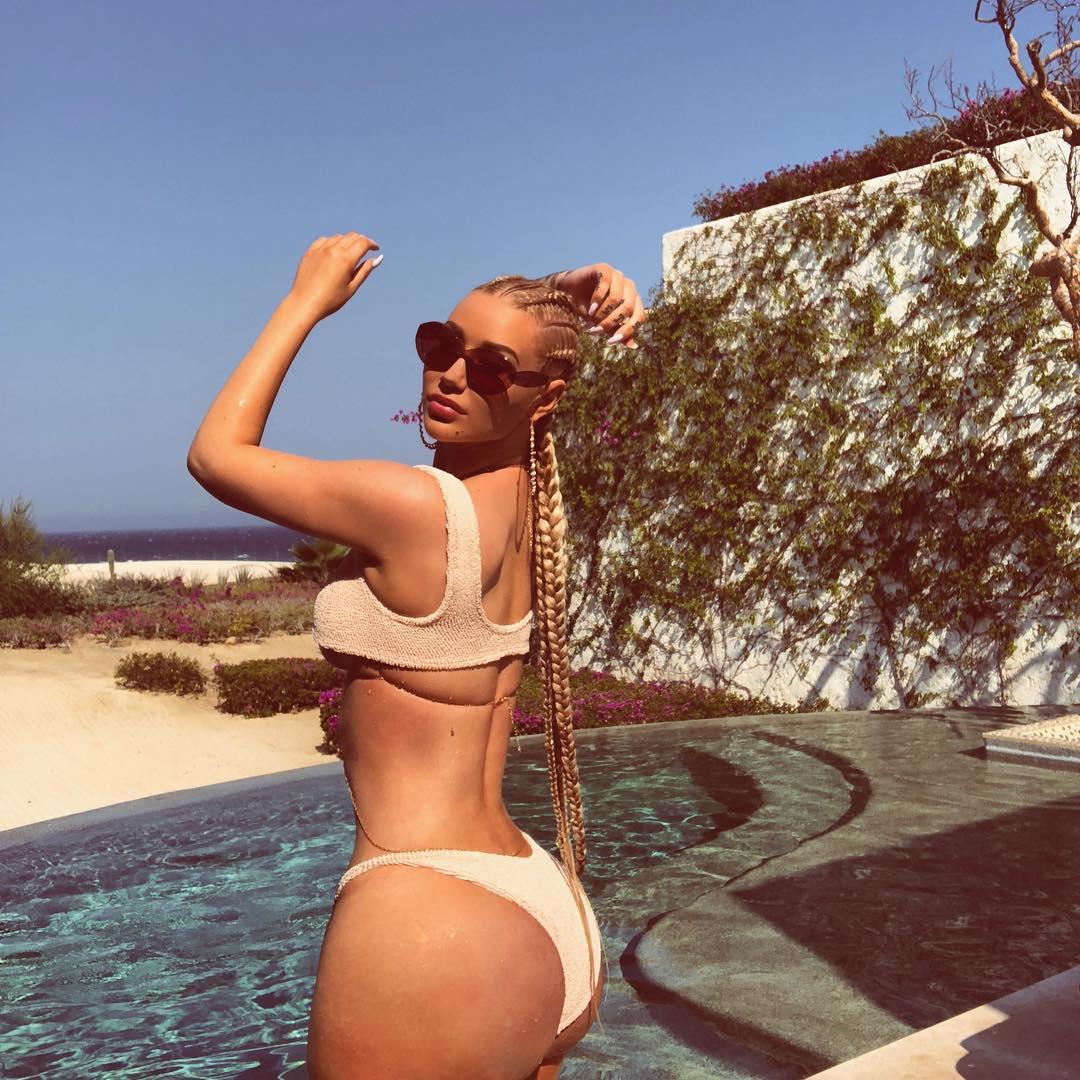 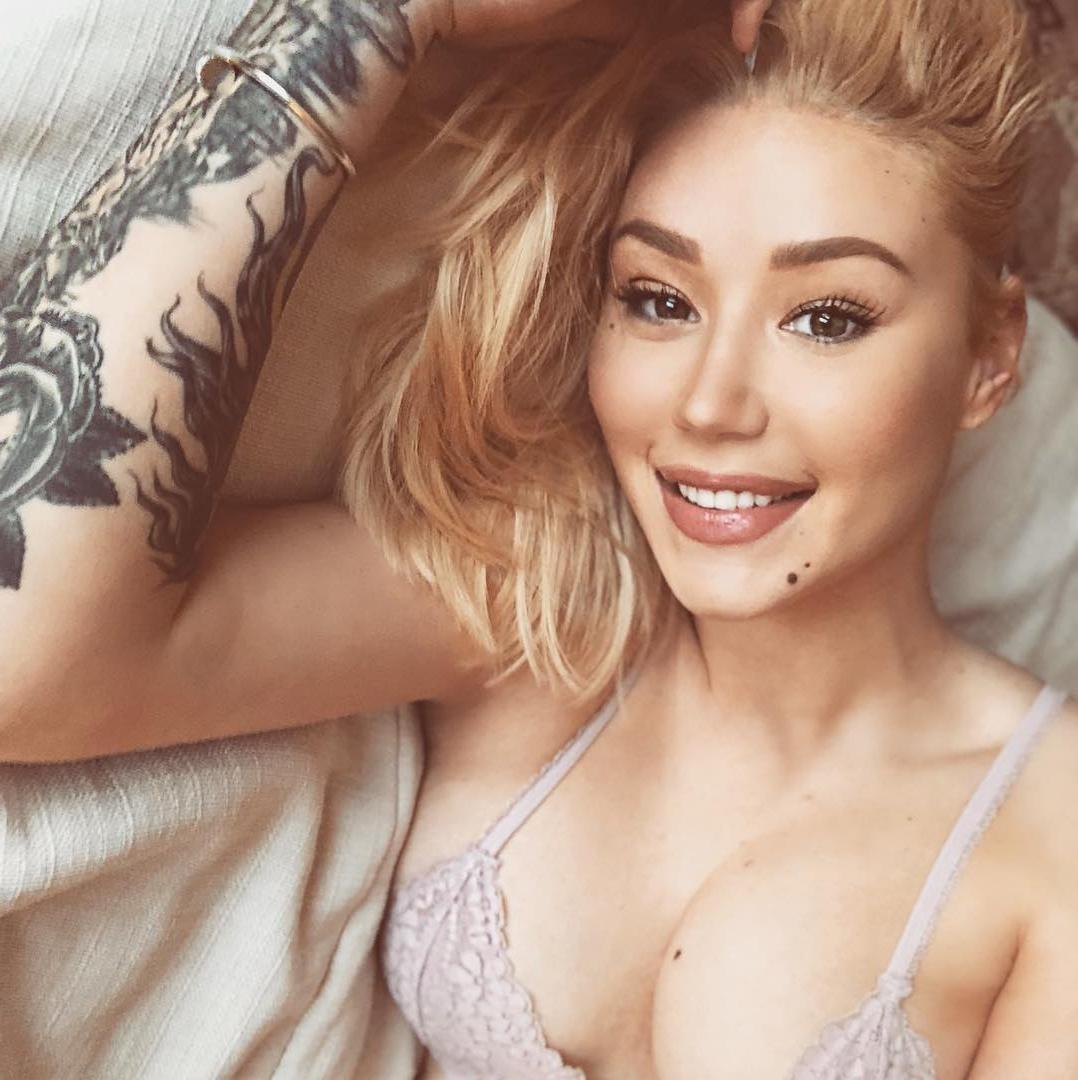 In the third snap, the trendy pop star gave fans a close up shot of her toned tummy in high-rise bikini bottoms and a tied-bikini top.

Gold chains hung down from her breasts down to her hips to accentuate her impressive curves.

The close-up shot showed off her braided blonde locks that kept her hair out of the way as she sunbathed abroad.

She appeared to have already taken a dip in the pool as the seductive snap showed her wet skin – and glowing, golden tan. 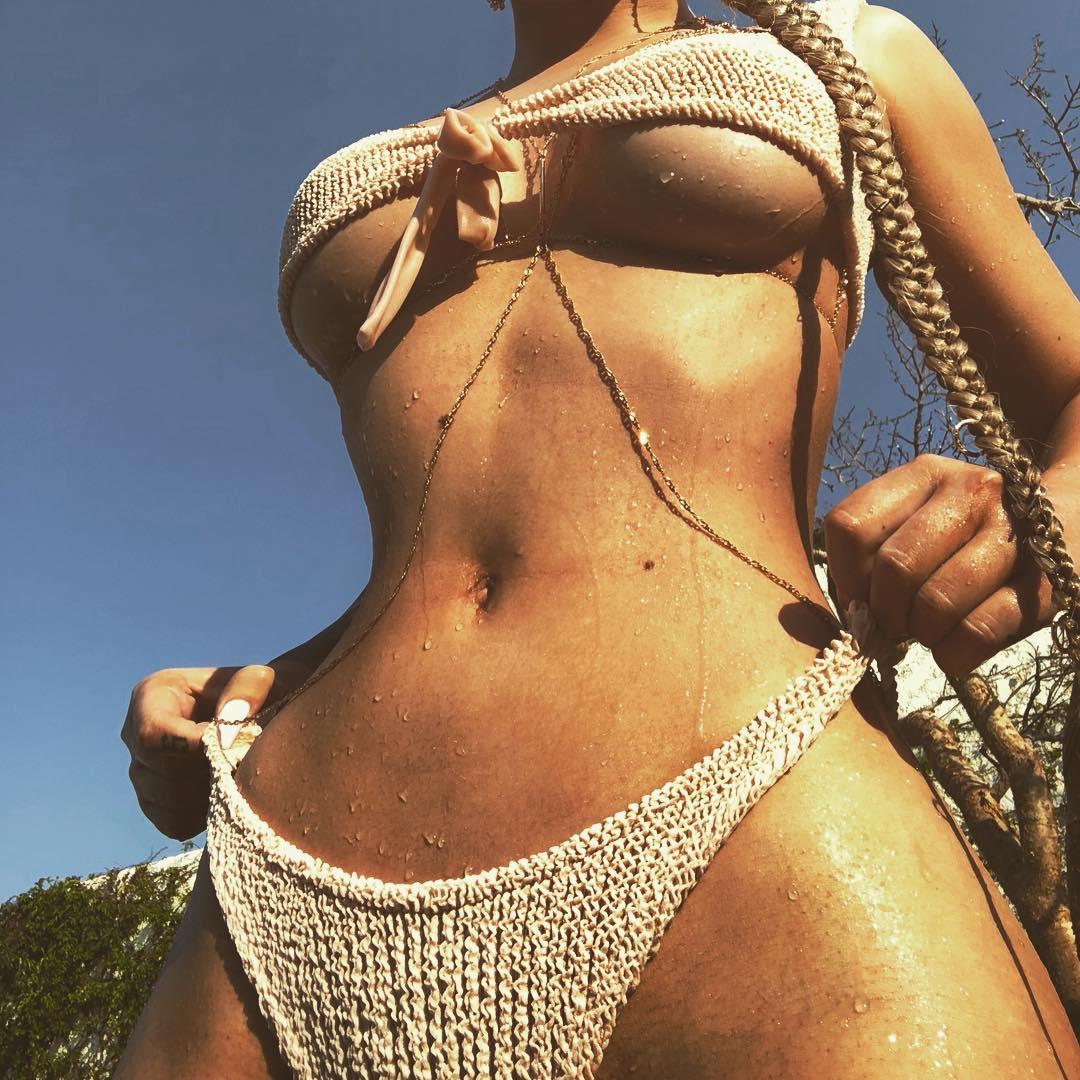 Last month the Black Widow rapper delighted fans when she ditched her trademark pout and shared a sweet snap of herself gazing innocently at the camera.

She looked phenomenal in a lilac bra top that revealed plenty of cleavage.

Fans praised her unusual Instagram picture, which showed off her "angelic" smile.