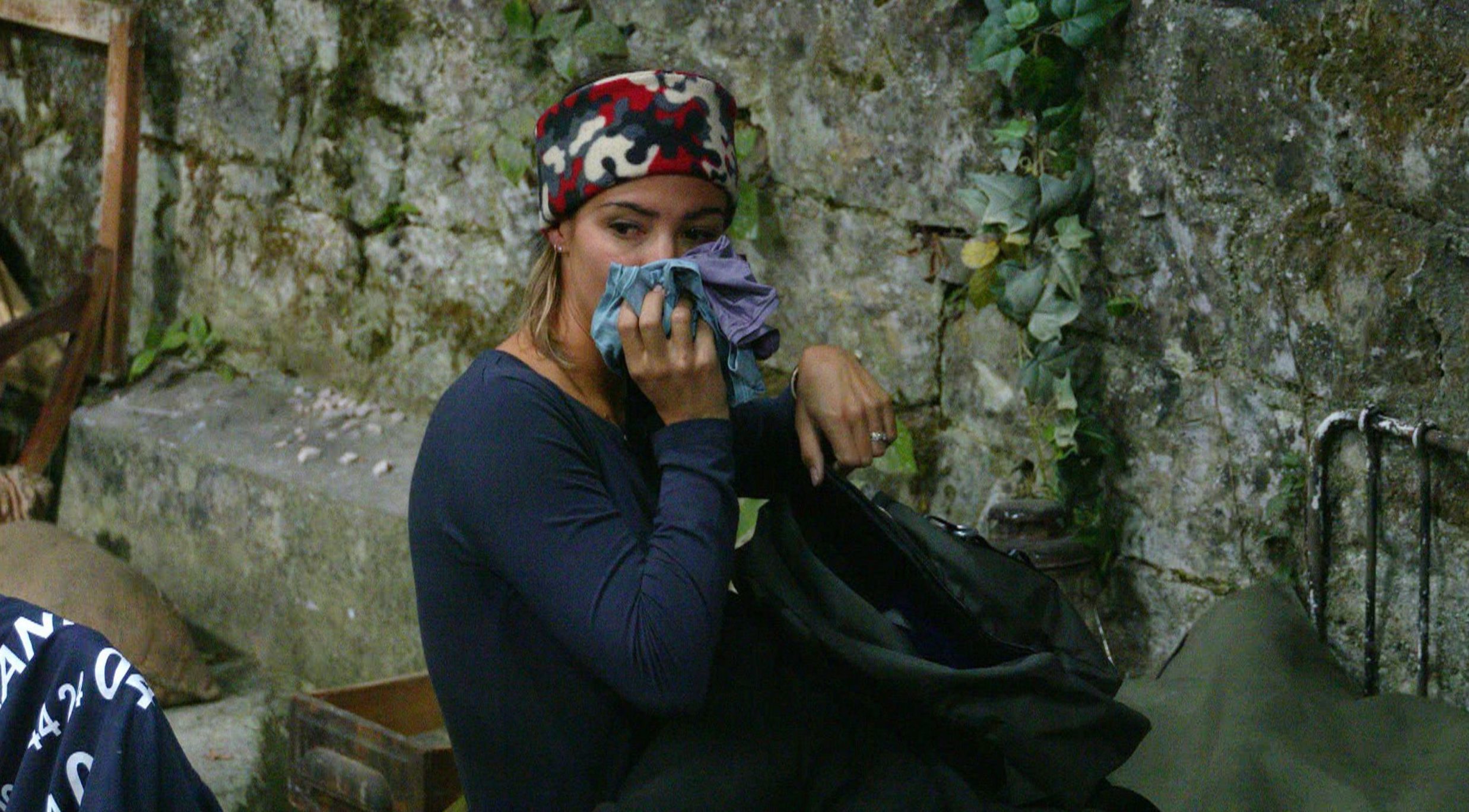 Frankie Bridge has already made headlines on I’m A Celebrity…Get Me Out of Here! after sharing a little too much info with viewers after admitting she hadn’t changed her underwear – and now it’s been revealed she has begged producers to wash her knickers.

The Saturdays singer was reportedly granted her wish after admitting they stank of fish guts and offal from the trials inside camp and thank goodness for that, really.

The 32-year-old sparked a show first, too, after the other 11 celebrities were also given permission to wash their underwear outside of camp following their evacuation during Storm Arwen.

A source told The Sun: ‘Frankie only asked two questions when the celebrities were taken out of came, did Storm Arwen affect Surrey where her family are and could she wash her knickers?

‘She really petitioned hard for her pants and moaned that they stank of fish guts and offal. Inside the castle the stars only have basic washing facilities and Frankie knew they’d still reek even if she was able to wash them.’

They added: ‘ITV bosses took pity on her and gave her the green light to give them a good wash back in isolation. Since then the other stars have been afforded the same luxury. The conditions in camp have been incredibly tough and with all the upheaval, bosses felt they should be kind.’

‘It’s made Frankie’s week and she is thrilled to be able to start all over again, this time with five fresh pairs of pants.’

It comes after Frankie revealed she hadn’t changed her underwear on her second day, saying: ‘I’ve still got yesterday’s knickers on. Maybe I’ll do a knicker change then… I’ve got five [pairs].

‘I’ve got a pair on, a dirty pair that I walked in… they smell great though guys, I sprayed them with loads of perfume. You can have a whiff whenever you want.’

Meanwhile, it was recently revealed that Frankie is secretly communicating from the I’m A Celebrity castle, according to her Loose Women co-stars.

The singer is busy getting to grips with her place in Gwrych Castle in Wales, but while she’s away from husband Wayne and their kids, she’s apparently sending signals to the outside world.

I’m A Celebrity… Get Me Out Of Here! airs nightly at 9pm on ITV.

Mum uses £3.50 two-ingredient trick to clean her filthy grill and oven trays – and the results are incredible

Nazi-themed song went viral on TikTok with over 6.5 million views