THE I'm A Celebrity stars have been thrown in the deep end as they take on their first challenge at Surfers Paradise in Australia.

Ahead of entering the jungle, the famous faces were put through their paces in a swimming challenge. 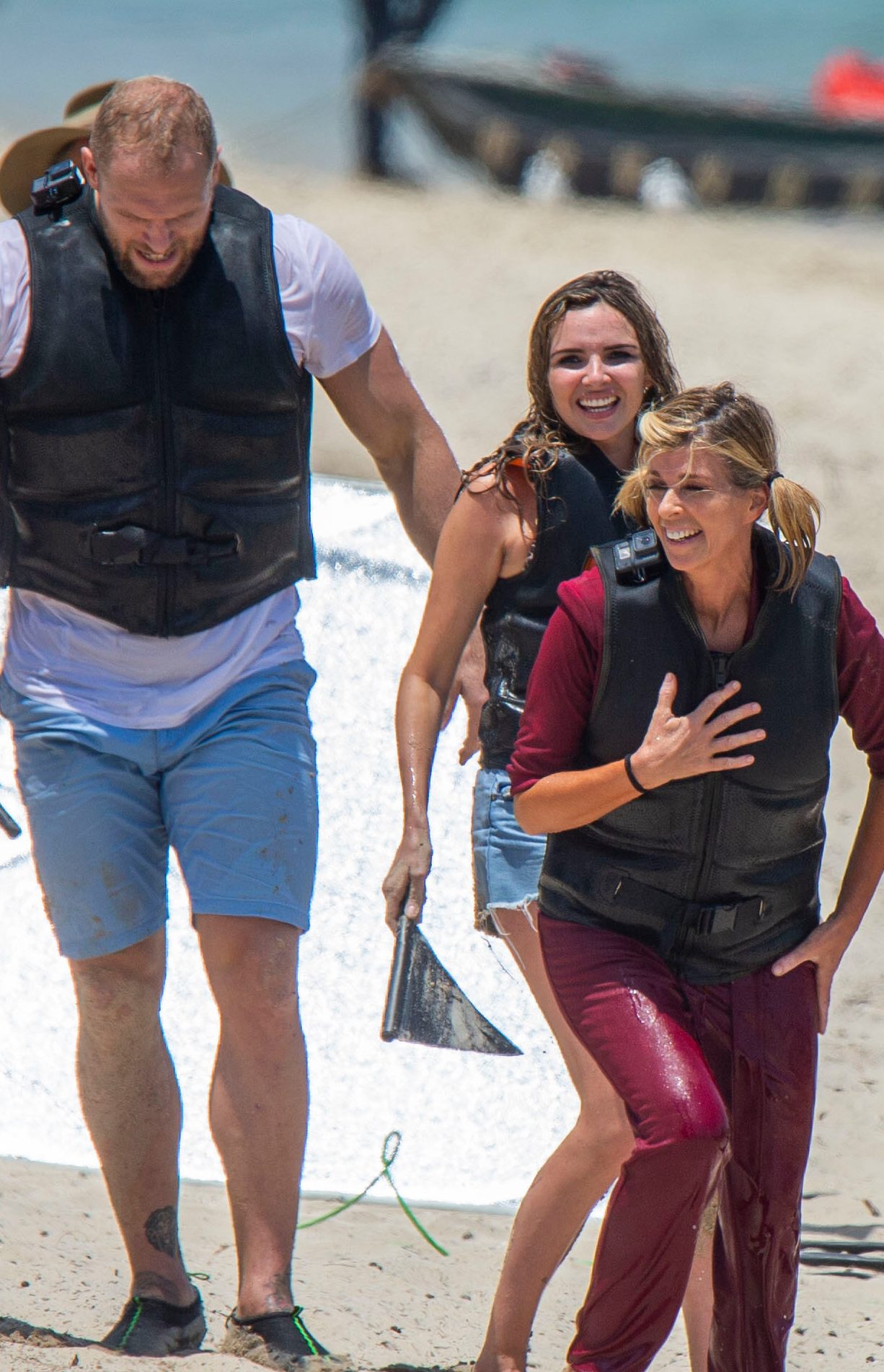 It appears the camp have already been split into two teams after filming pictures from yesterday revealed the starter challenge.

Celebrities including Ian Wright, Kate Garraway, Myles Stephenson, James Haskell and Nadine Coyle were pictured on a boat, while Ant McPartlin and Declan Donnelly presented on the beach.

In one snap, the five stars are lined up on the boat as the challenge kicks off.

Kate Garraway, 52, who wore her hair in pigtails, appeared out of breath as she paddled through the water. 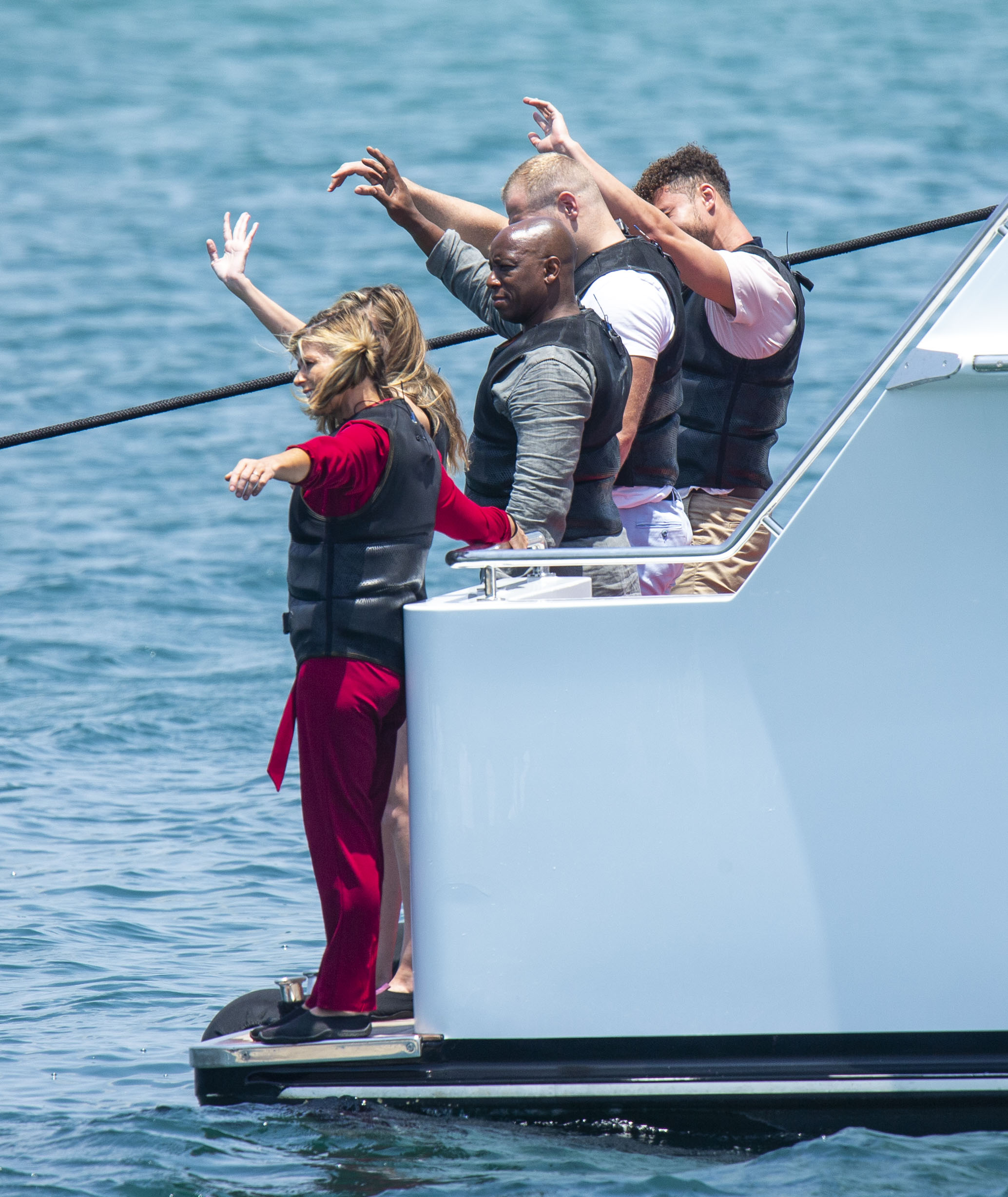 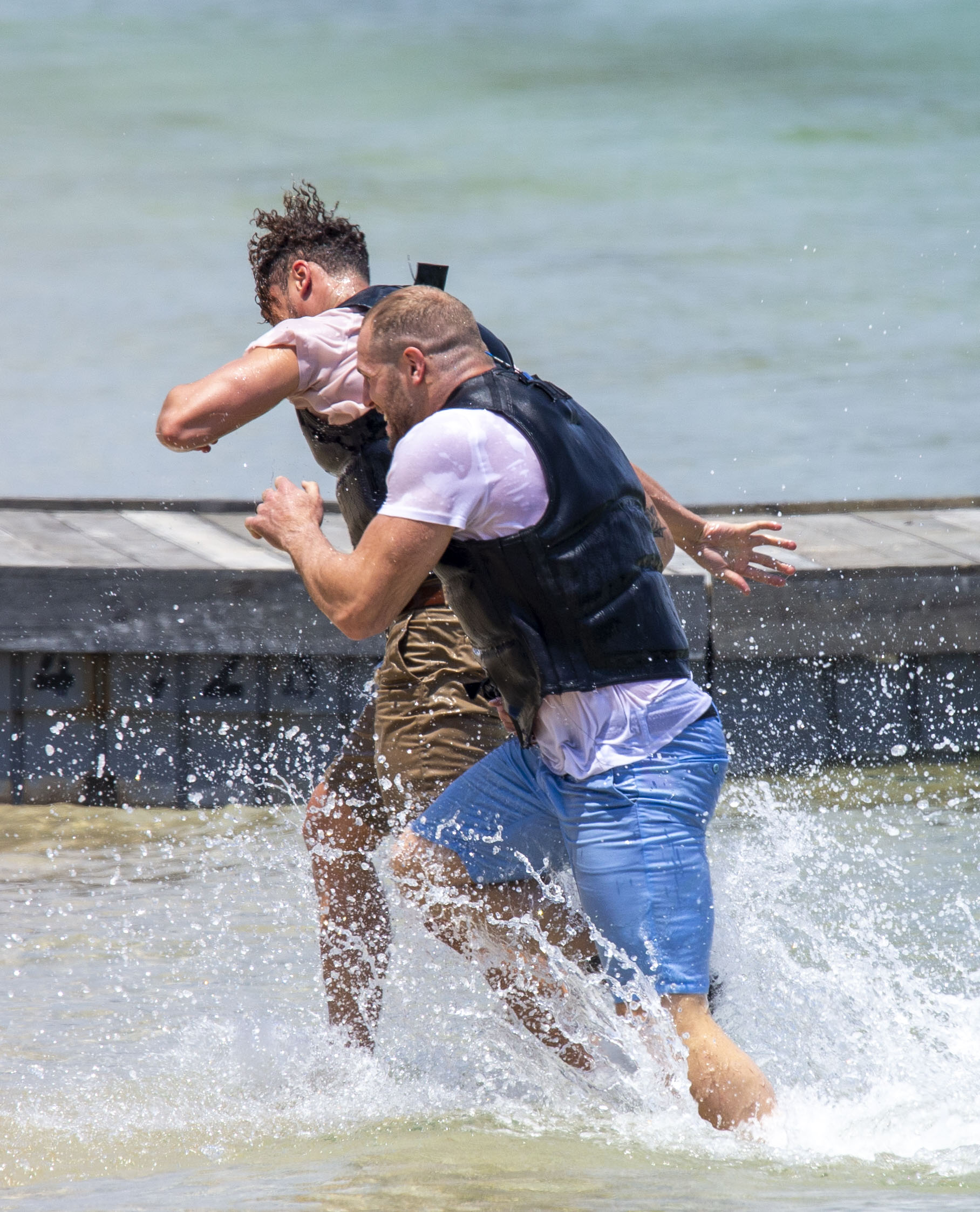 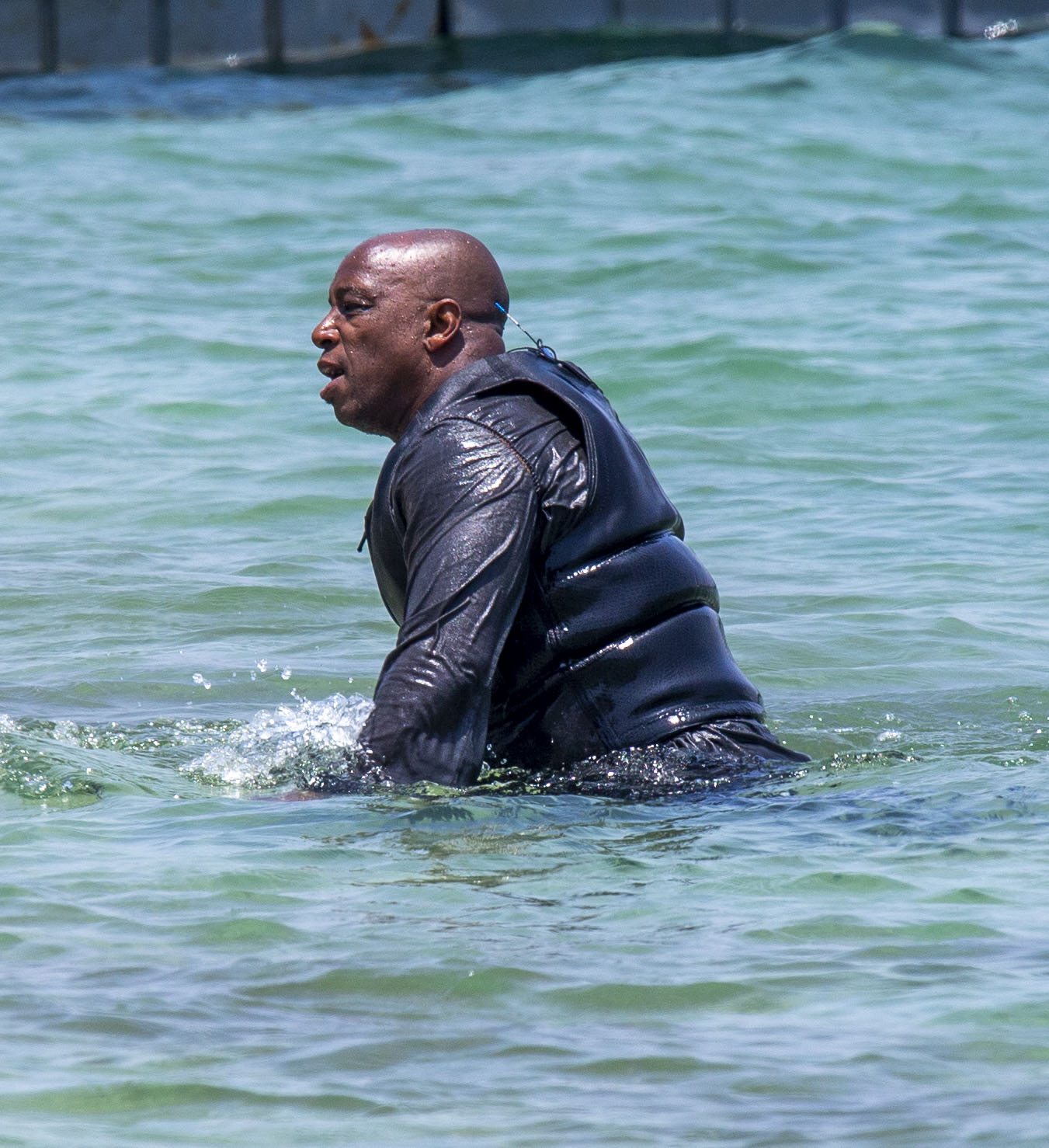 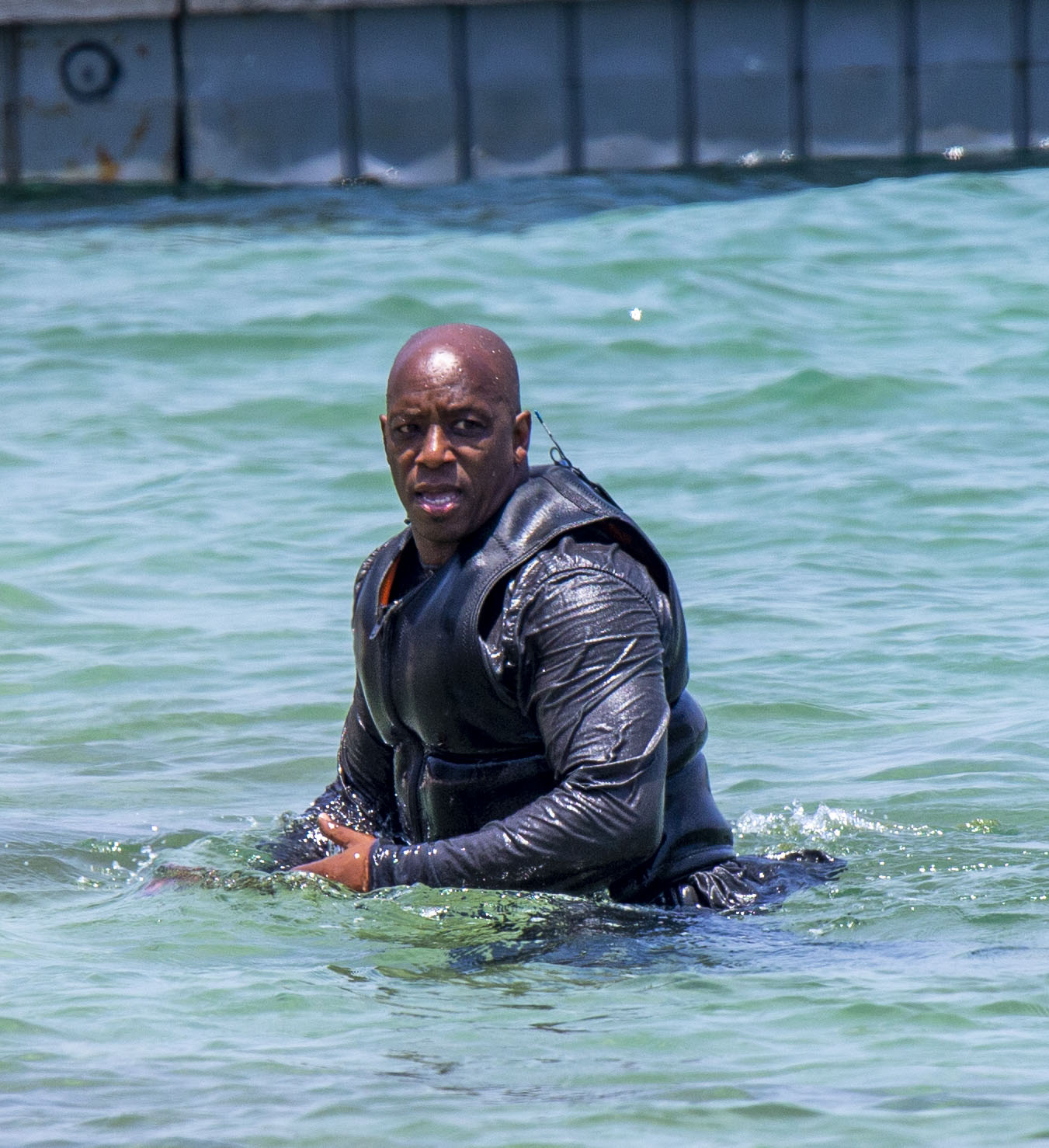 Match Of The Day commentator Ian Wright, 51, looked confident in the water, despite being fully clothed.

Meanwhile, rugby ace James Haskell, 34, and Rak Su singer Myles Stephenson, 28, gave it their all as they were spotted sprinting to shore.

And Nadine Coyle, 34, who was pictured gracefully diving into the sea, appeared determined as she made her way out of the water.

As the celebs splashed around, Ant, 43, and Dec, 44, shouted at the stars through a megaphone. 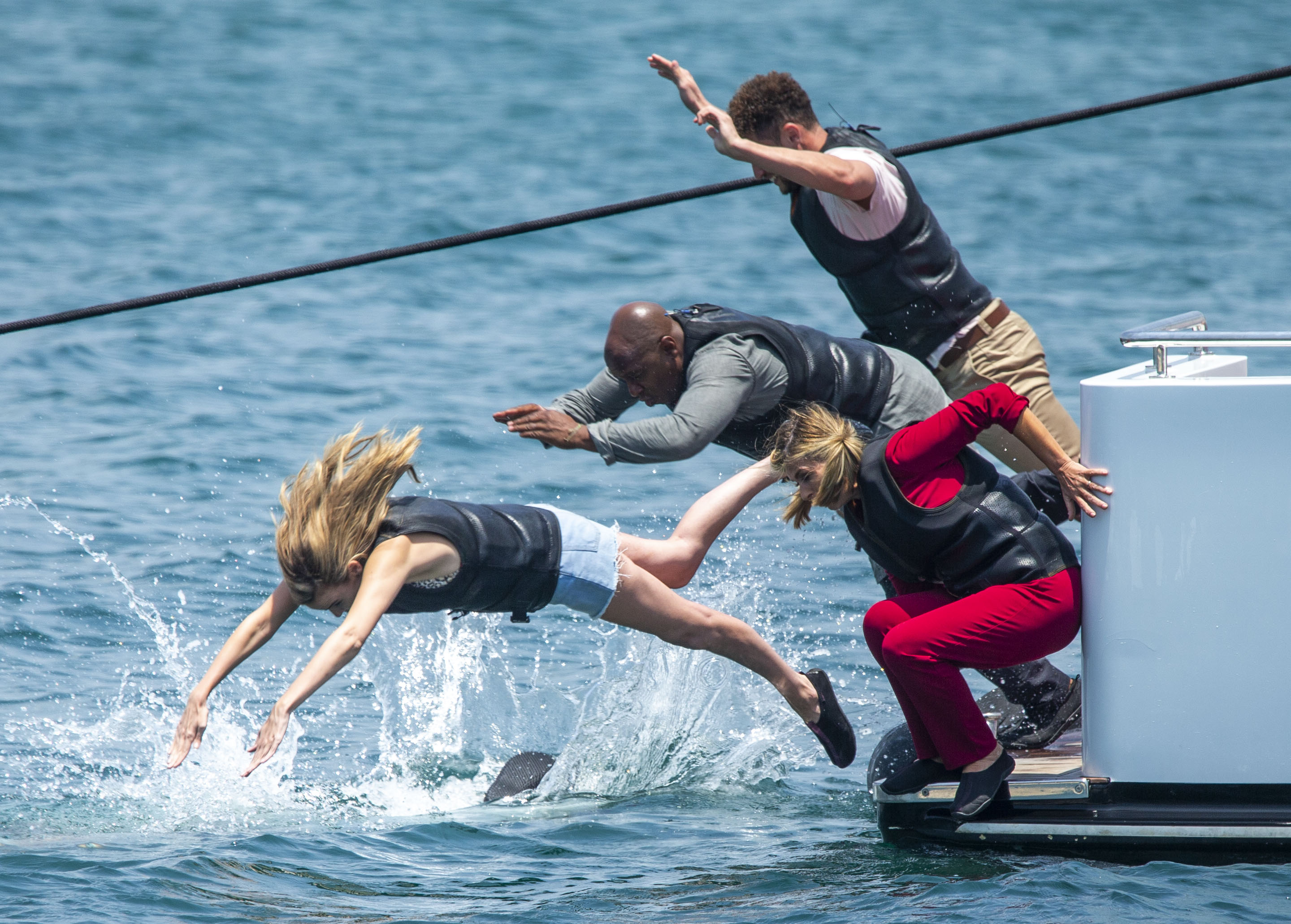 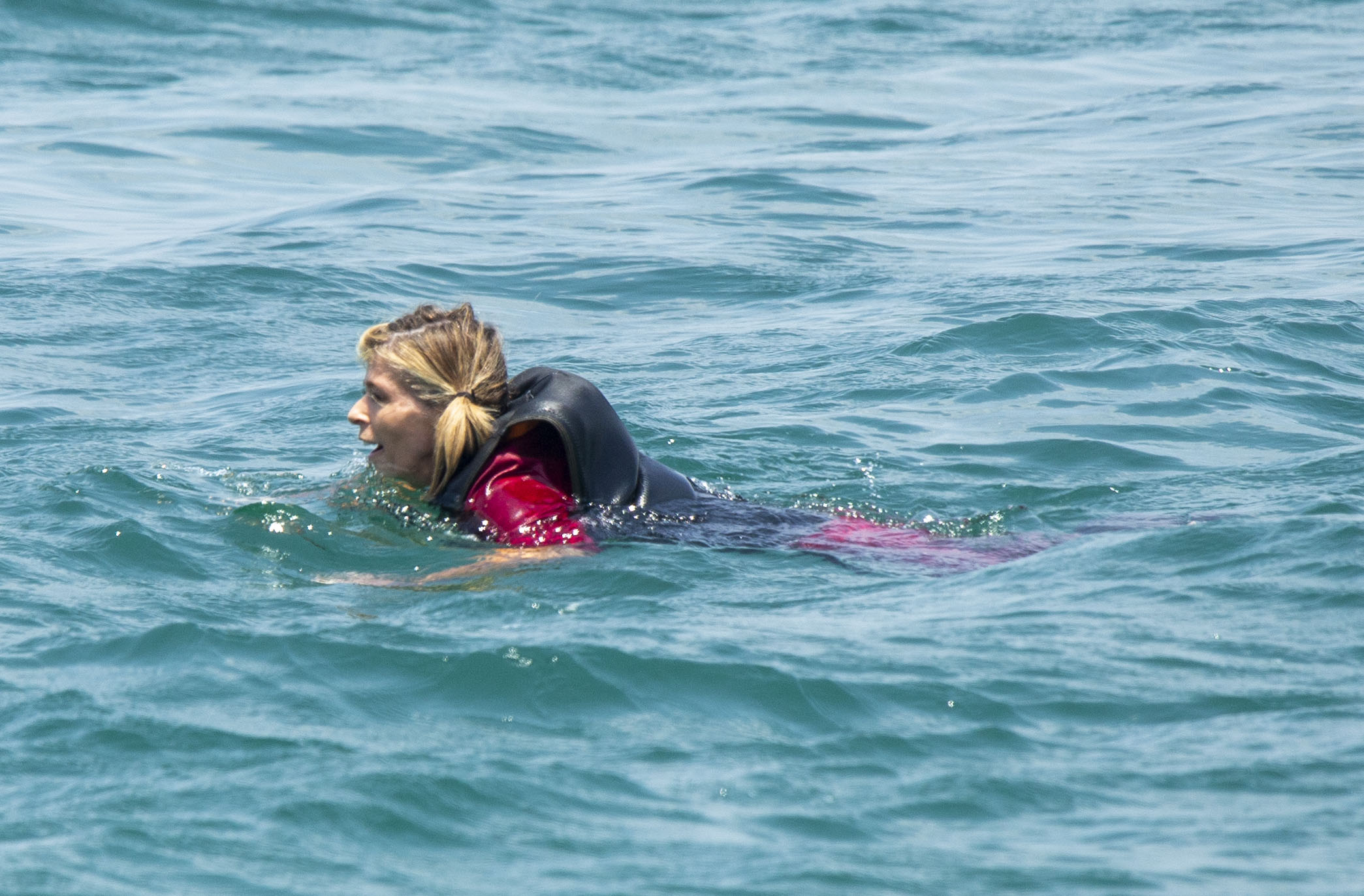 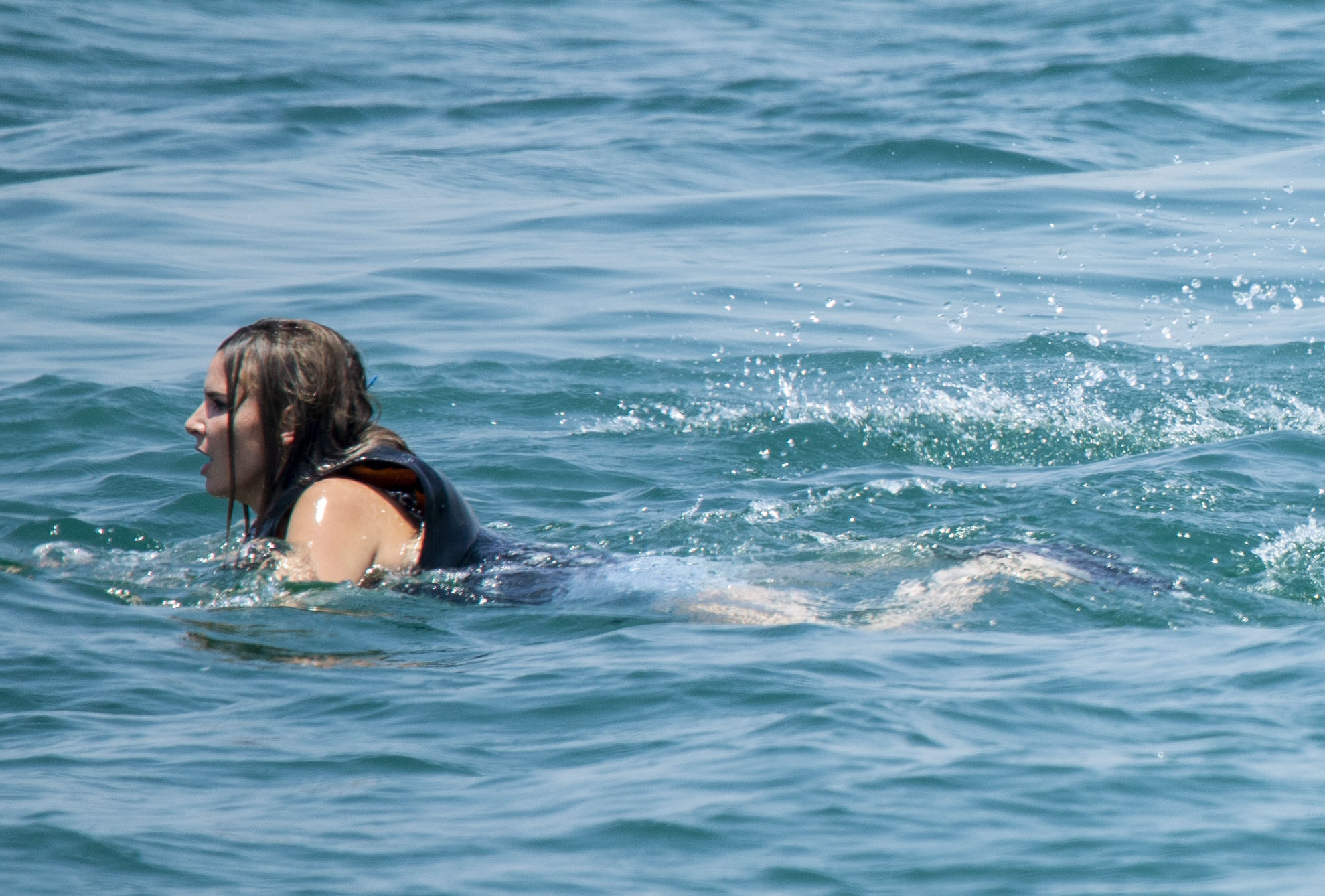 The celebs looked completely different to their glamorous appearances earlier that day.

This year's contestants posed for luxurious promo shots as they arrived via either Lamborghini or boat.

The mode of transport appeared to hint at who was in which team, with just five of the stars pictured together as they met for the first time.

ITV's big-name signing Caitlyn Jenner was spotted soaking up the sun in a speedboat on the Gold Coast. 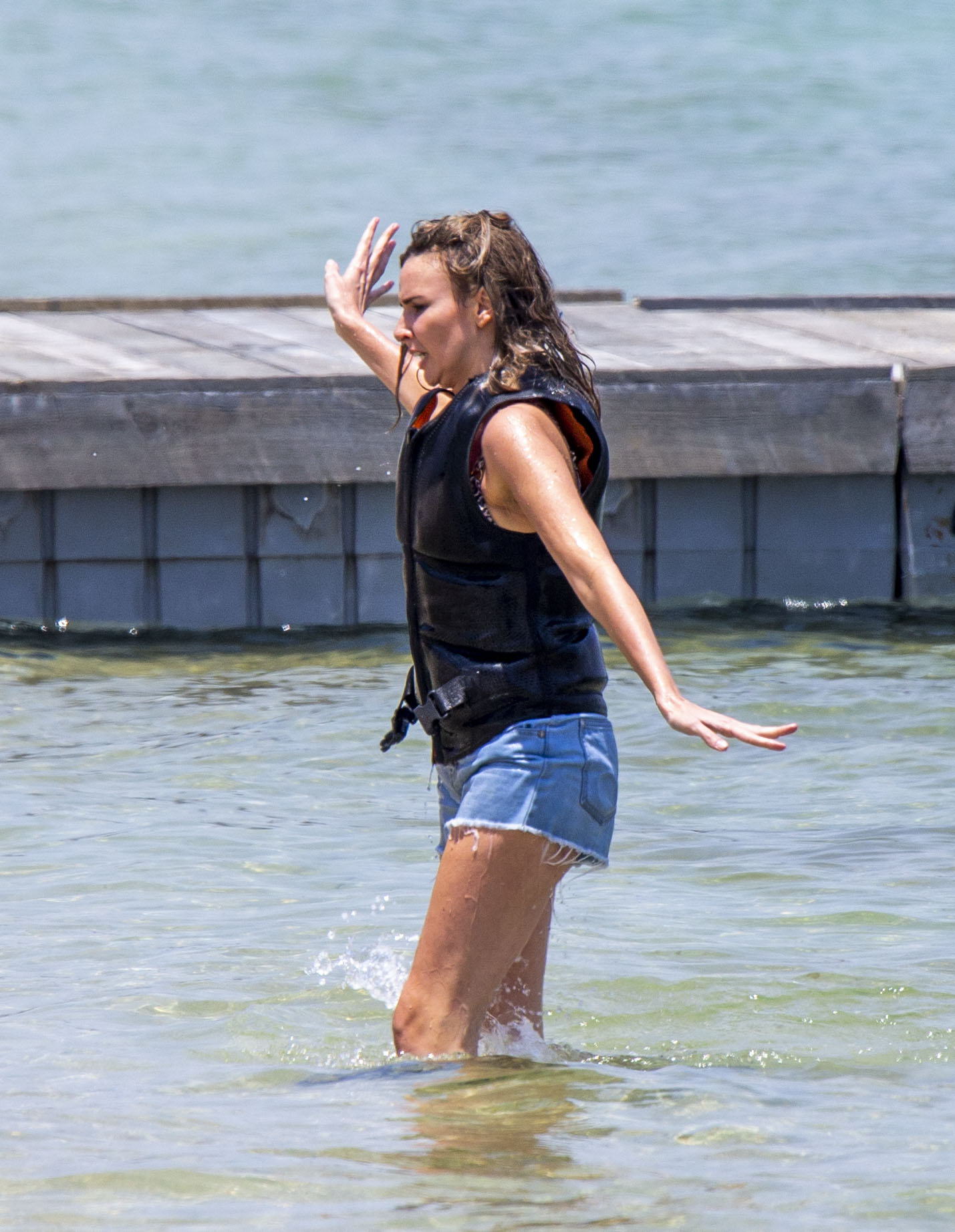 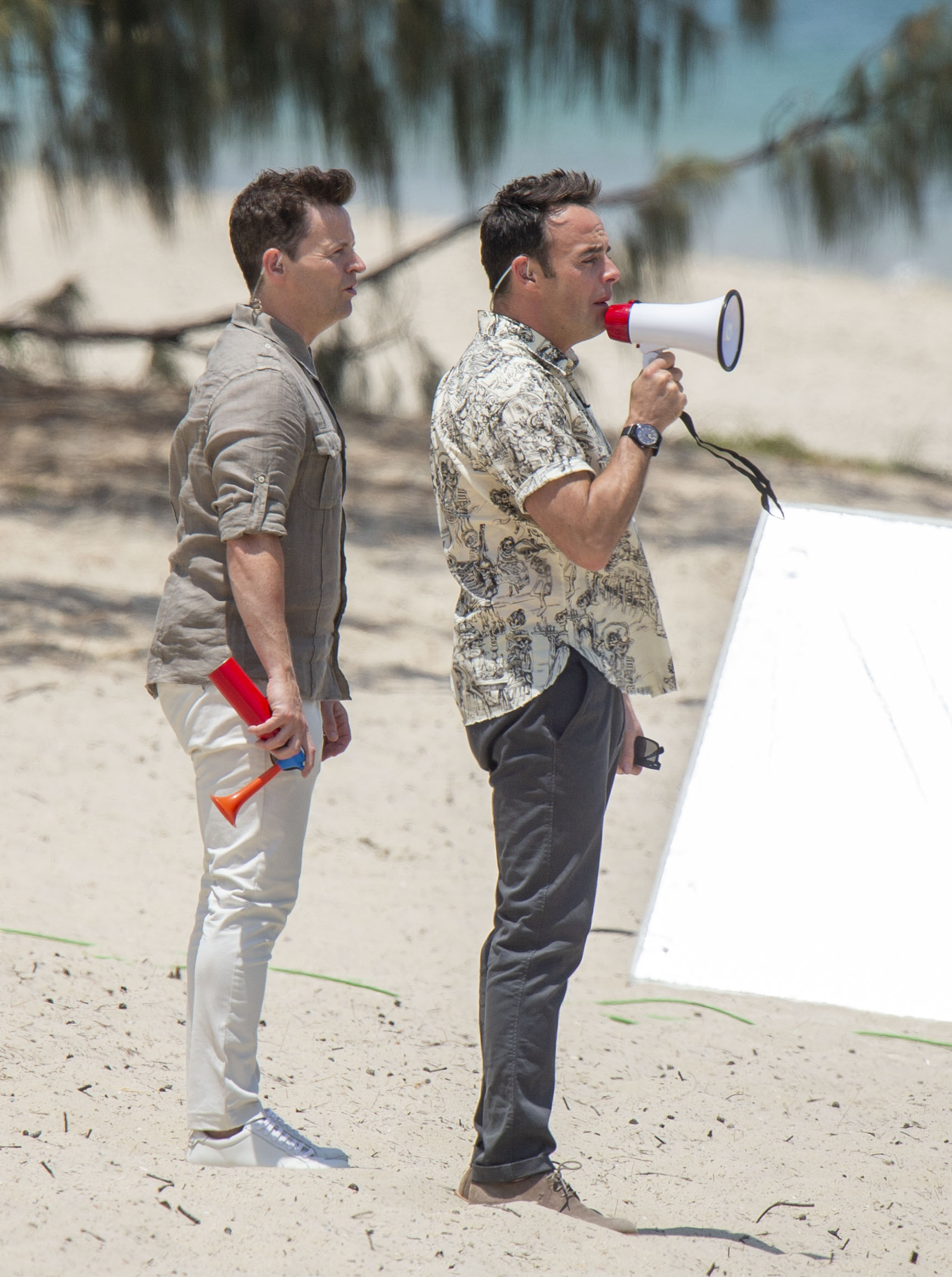 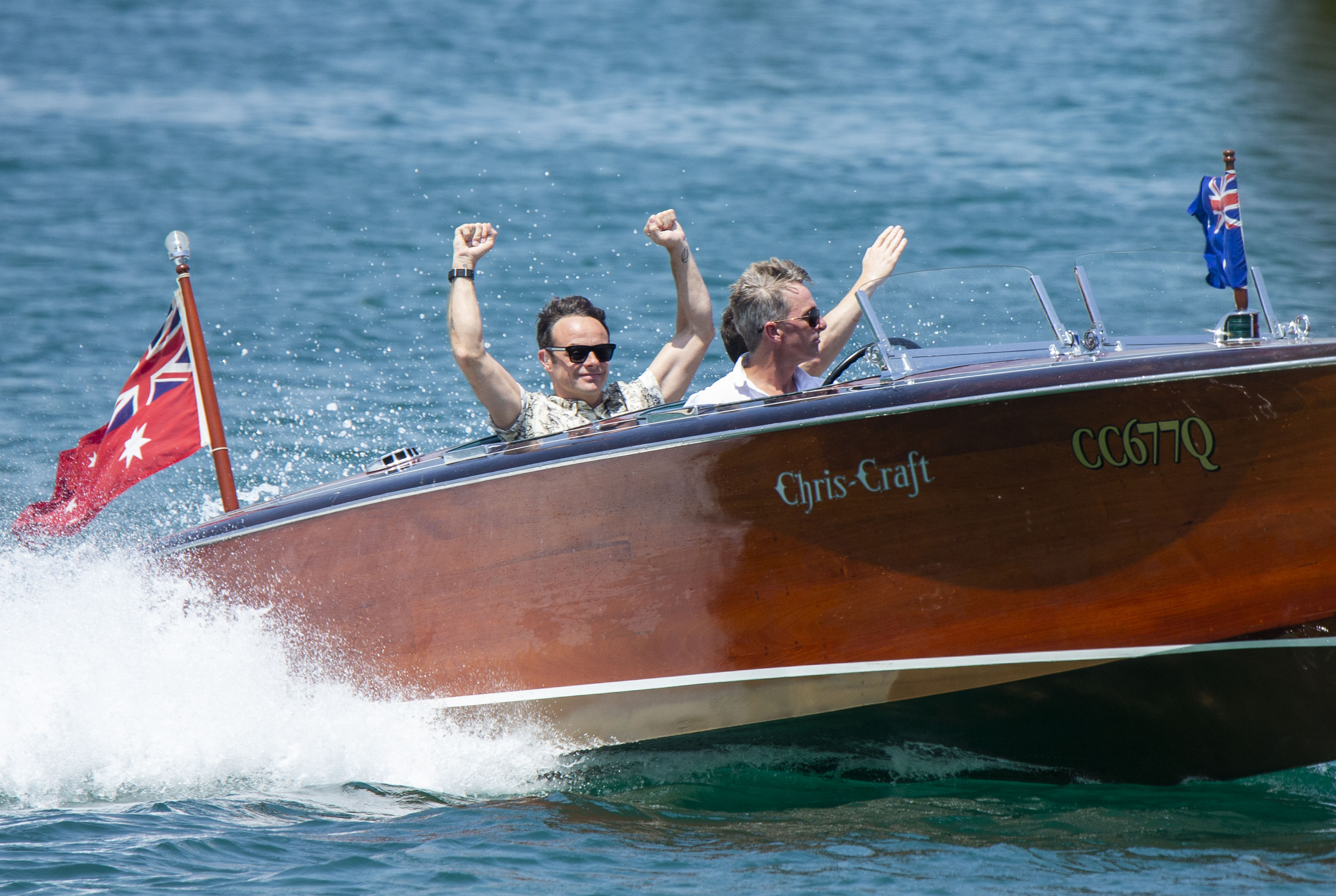 The 70-year-old Keeping Up With The Kardashians star could be seen beaming in a blue shirt with sunglasses and her long dark hair tied back.

Other stars taking part in this year's series include Andrew Maxwell and Adele Roberts.

Katie Price, 40, risks leaving her kids motherless by having 'conjunctive surgery' and if she carries on she’ll have a stroke or heart attack, claims leading cosmetic surgeons