I’m A Celebrity… Get Me Out of Here! saw Rak Su singer Myles Stehenson the sixth celebrity to be sent packing last night after he received the lowest share of the public vote. It was another celebrity’s turn this evening to leave the jungle and this time Caitlyn Jenner and Nadine were both sent home. In her exit interview Nadine revealed how difficult she found the experience.

Ant and Dec were back this evening to give viewers the lowdown of the past 24 hours in the jungle and this evening marked the end of the road for another contestant.

Nadine was one of two celebrities to be eliminated this evening following the result of tonight’s public vote.

Her and Caitlyn became the seventh and eighth celebrities to exit the jungle as there are now just four contestants remaining as the show’s final looms closer.

Speaking to Ant and Dec after she was sent packing this evening and revealed how hard she found the experience compared to her initial expectations. 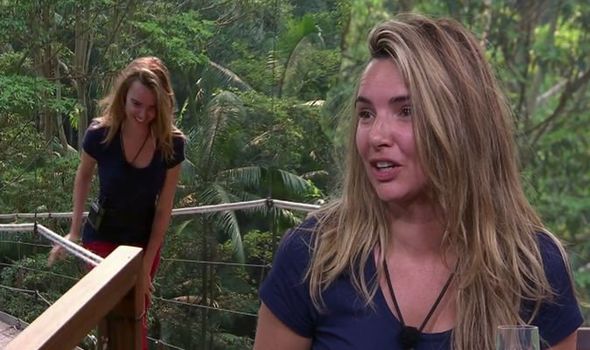 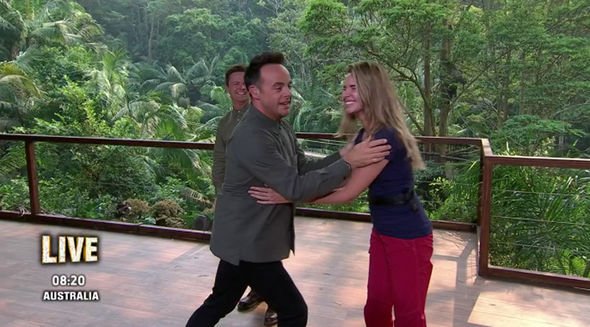 Viewers were left shocked at Nadine’s exit this evening as many had previously dubbed her as a potential queen of the jungle.

One fan said: “I’m not having this, wanted nadine to be queen of the jungle since before she went in #ImACeleb”

Another wrote: “Can’t believe Nadine is out. So wanted her in the final #ImACeleb.” 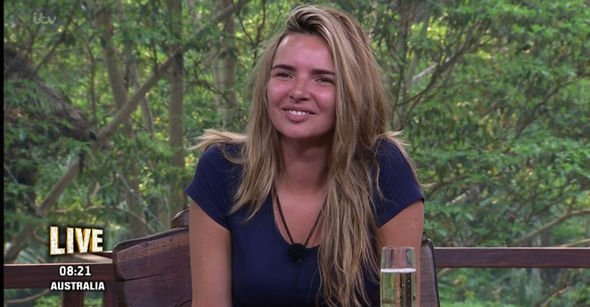 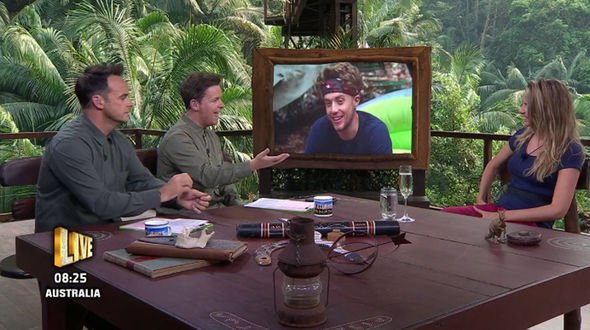 “Aw i wanted nadine to be in the final #ImACeleb,” added a third.

A fourth shared: “GUTTED my irish queen nadine isn’t going to win – voted for her every week #ImACeleb

“I can’t believe Nadine got voted out. Wanted her to at least be in the top 4 #TeamNadine #imaceleb,” said a fifth.

Ant and Dec then surprised the former Girls Aloud singer as they showed her a video tape of her fellow campmates explaining how brave she was.

She then reflected on her entrance to the jungle alongside Caitlyn Jenner where the pair both parachuted in together.

Nadine admitted that Caitlyn had managed to keep her calm during the challenge as she faced her fears.

“On day one you jumped out of a helicopter what made you do it,” asked Ant.

She replied: “Caitlyn was so chilled she was offering no comfort at all, you turn into a robot.

“I didn’t think I was going to one point I tried to throw myself out you lose all control…” she added.

Nadine then told the hosts how close she had become with all her fellow campmates even after she initially admitted she was “shy” earlier on in the series.

“I have a big family full of massive personalities so i just sit there most of the time great fun to listen to their stories,” she told Ant and Dec

As the celebrities return tomorrow, who will just miss out on the show’s final on Sunday night?

I’m A Celebrity… Get Me Out of Here! returns tomorrow at 9pm on ITV