Beverley Callard, Jordan North and Vernon Kay were all chosen to take part in the latest I’m A Celebrity… Get Me Out Of Here! Bush tucker Trial, Frights of the Round Table. It marks the first eating challenge of the series and for Vernon, it doesn’t look like he’s having the best evening dining out as his dish of Nuts Roast leaves him feeling queasy.

As Ant McPartlin called for his dish to be brought out, Vernon could be seen looking apprehensive.

“This is Nuts Roast,” he declared as the television presenter laughed at the plate in front of him.

Next to a Yorkshire pudding and some vegetables was a selection of deer testicles.

“Stop laughing!” he cried out as the hosts pointed out how funny it looked. 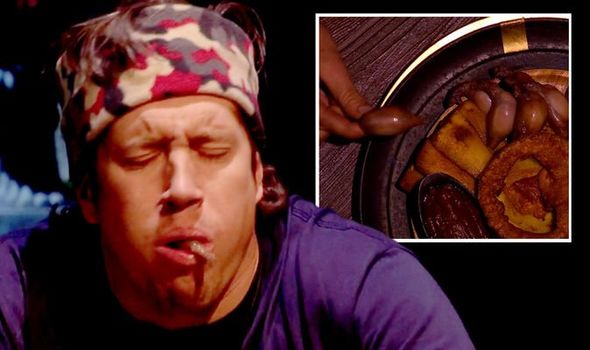 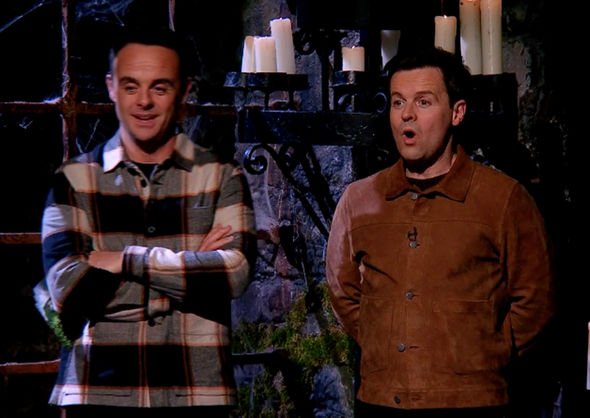 “It looks like some form of testicle,” Vernon observed.

Ant told him: “Now you have to eat one whole testicle to win a star.”

The presenter confirmed: “The whole thing so choose your testicle.” 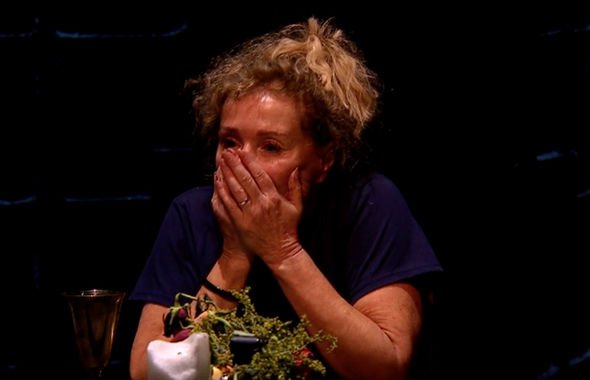 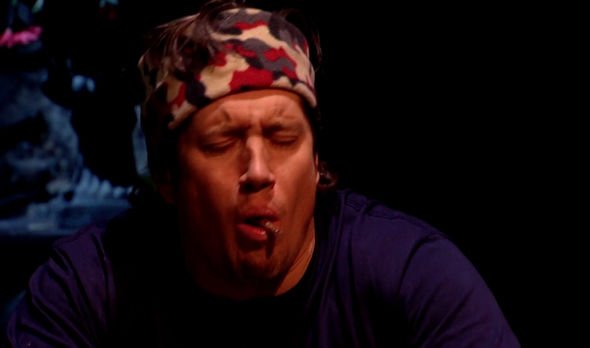 “Choose your testicle,” whispered Beverley before breaking out into laughter while Ant and Dec chuckled at the side of the table.

Ant remarked: “It’s the line I was born to say Beverley.”

As Vernon picked up a testicle, he complained: “It’s not even warm.”

It seems it was too much for Beverley who began retching before Vernon had even popped it in his mouth.

“Three, two, one,” Vernon said before eating it.

It wasn’t long before it was all too much as Jordan remarked: “What’s that that’s just come out of it?”

Vernon began retching as he struggled to eat the delicacy and the testicle began to hang out of his mouth.

Will Vernon be able to eat the testicle and win a star for his campmates or will he throw up?

After Jordan took on the Viper Vault on Monday, his odds of winning the show were slashed to 11/4.

Jessica O’Reilly of Ladbrokes said: “Jordan’s not quite in his happy place as the favourite to win, but he’s in a clear two-horse race with Shane to be crowned as this year’s king of the castle.”

Larsa Pippen Admits Her Ex, Scottie Pippen, Did Not Approve of Her Friendship With the Kardashians

Denise Richards on Charlie Sheen: ‘I will always be a good friend to him’