Home » TV & Movies » How Image Comics could create the next MCU

Image Comics is these days best known as the publisher of fan-favourite properties The Walking Dead, space epic Saga and Mark Millar’s Kick-Ass. But when the comic book company first opened its doors in 1992, bringing together six independent studios, its founding partners initially drew upon their past superhero comic strengths.

These superheroes were often morally different to how we see today’s traditional comic book characters, setting them apart from their Marvel and DC counterparts. Tapping into that vision could kick start a third shared universe, alongside the Marvel Cinematic Universe (MCU) and the DC Extended Universe (DCEU), without giving comic book film and TV fans a major case of tights fatigue. 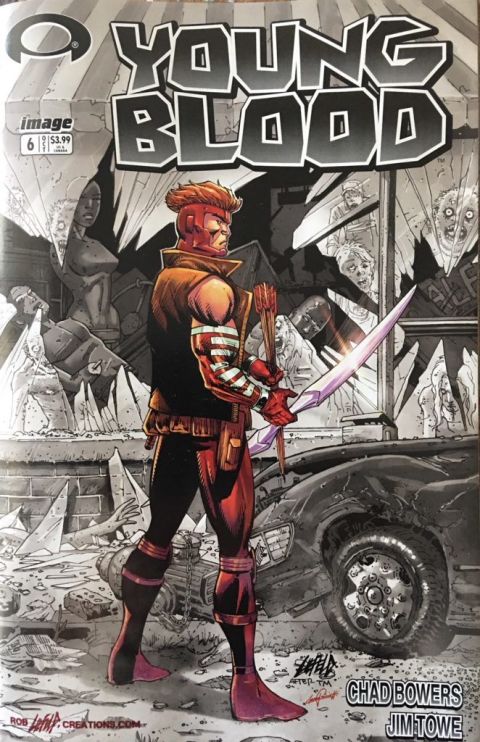 The creation of Image Comics

In the ’90s, comic book creators at Marvel were employed as “work for hire”, being paid the same rate no matter how successful their comics were and only receiving a small percentage of the lucrative merchandise fees their characters earned. A few artists wanted to explore the possibility of moving to a system where they could reap more of the benefits and fully control the characters they had created.

Image Comics was born when artists Erik Larsen, Jim Lee, Rob Liefeld, Todd McFarlane, Whilce Portacio, Marc Silvestri and Jim Valentino left Marvel in 1992 and formed their own publishing company, determined to have more control over the destiny of their creations.

There were only a couple of rules:

● Image would not own any creator’s work; the creator would.

● No Image partner would interfere – creatively or financially – with any other partner’s work. 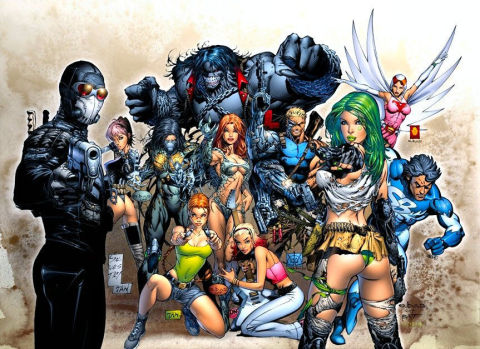 Why a shared universe could work

You may wonder how it might be possible to make a shared universe when the individual parts are ringfenced and controlled by different people. The obvious answer to that question is that it’s happened already, in the comics themselves.

Characters from a series run by one production studio would regularly show up in another comic run by a different creator’s studio. There have also been several Image crossover mini-series, including Altered Image, Splitting Image and Mars Attacks Image. The most recent of these was Image United, which ran back in 2009.

While more creators does mean more cooks to possibly spoil that broth, it doesn’t mean a shared universe can’t be established. However, the original creators of Image Comics are not on the friendly terms they were when they started the company back in 1992. 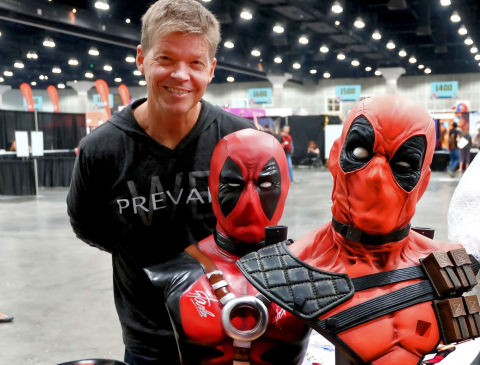 Liefeld originally controlled the company until the others looked to remove him, quitting instead just before they went through with their plans. Top Cow had withdrawn its comics from the group at that point, only returning them when Liefeld stepped down. Getting Liefeld back on side would be key to making this shared universe work. Especially as his role as Deadpool creator has made him sought-after since the success of those films.

More importantly, one part of the Image Comics storyline is now lost forever. Lee eventually sold Wildstorm to DC and all his IP was integrated into its universe following the events of Flashpoint. Image Comics had to create another shared universe event, known as Shattered Image, to explain why mainstays such as WildC.A.T.s, Stormwatch, Wetworks and Gen were no longer part of their world.

Until the original creators of Image Comics are brought successfully back together, any crossovers are likely to be removed in planned movie or TV versions. For example, the character Chapel from Liefeld’s Youngblood comic is actually the man who kills Al Simmons, before he becomes Spawn. Since Liefeld holds the rights to Chapel, the character was replaced in the 1997 Spawn feature film. It is therefore likely Blumhouse’s planned movie reboot of Spawn will similarly gloss over his role.

Don’t expect to see Angela from Spawn in that reboot, either. Outside of the lawsuit between Neil Gaiman and McFarland over who owned Angela, she’s now been integrated into the Marvel universe and is Thor’s half-sister. 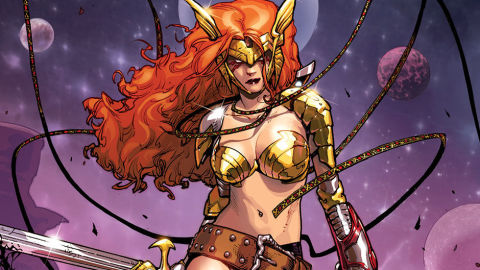 Putting all those negative points aside, a more positive take on a shared universe for Image Comics is that in some ways it’s happening already. The new Spawn movie will star Oscar-winner Jamie Foxx, and that universe already has a planned spinoff cartoon. Clerks director Kevin Smith has been linked with BBC America to create a Sam and Twitch TV series, following the two NYPD homicide detectives who solve the most gruesome crimes in that universe. 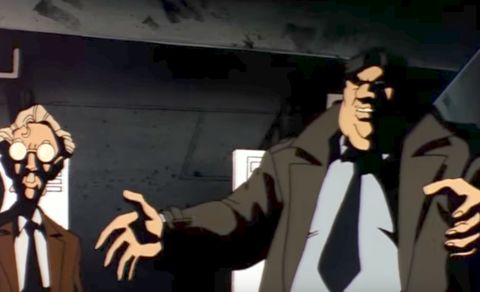 Liefeld has also been working on a Youngblood TV series for some time now, with Netflix already buying up the rights to his other properties. These are referred to as the “Extreme Universe”, named after his part of Image Comics, Extreme Studios.

How it could work?

If there was an Image Comics universe, it’s probable that all of its movies would be rated R. That would once again help Image Comics stand out against the more mainstream – and child-friendly – movie output of Marvel and DC.

A successful Spawn movie could kickstart the whole shared universe, much in the same way Iron Man did for the MCU. Working with a budget of only $10-$12 million dollars on the Spawn reboot, a return of even $100 million would provide enough proof that there is an audience for Image Comics’ other major players. Any higher than that – and production company Blumhouse has a knack of turning unknown or new franchises into money spinners – and it could greenlight a whole bunch of other projects. 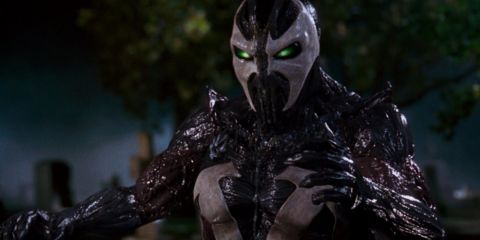 Interest in the Youngblood TV series on Netflix’s platform (should that stalled production spring into life) could also spur production on other Extreme Universe titles, possibly leading Netflix to option the work of the other Image Comics creators.

If a big bad was needed to draw numerous characters together, look no further than Darkchylde. Following cursed teen Ariel Chylde, who can turn into the creatures she sees in her nightmares, the trauma in this comic comes when she sets the forces of darkness free. Could be just the kind of threat a super-team needs to band together to defeat, although the comic was relaunched for three issues at Dark Horse in 2005, so might need to be brought back into Image Comics’ control. (As a side note, test footage for Darkchylde was shot in July 2010, just before John Carpenter was attached to direct).

If you’re looking for a more traditional team-up, then look no further than The Pact. Bringing together Valentino’s ShadowHawk, Kirkman’s Invincible, Phil Hester’s Firebreather, and Jay Faerber’s Zephyr (from the comic Noble Causes), it’s a ready-made way to get four heroes together in the style of Marvel’s Defenders. 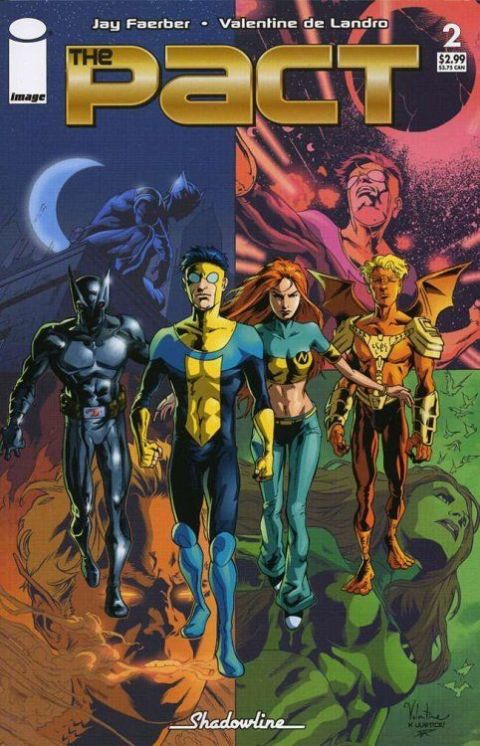 What the crossover would be called

While it has always previously been referred to as the Image Universe, we’d be inclined to go for a rebrand. Renaming it the Image Comics Universe would provide the cooler abbreviation, ICU. Fans of medical and police dramas will recognise that term as standing for intensive care unit, which we feel gives it the kind of bite Image Comics is famous for.

Now we just need to get a lot of people together in the same room and have them thrash out the details for this potentially amazing shared universe. Simple.

Dramatic moment cops swoop in on man, 29, after he ‘mowed down cop with his own patrol car’