Imran Habeeb (Charlie De Melo) has some explaining to do in Coronation Street next week, when Toyah Battersby (Georgia Taylor) questions his closeness with ex-wife Sabeen (Zora Bishop).

The solicitor is on edge in upcoming scenes, as he takes to the courtroom once more on the day of Kelly Neelan’s (Millie Gibson) sentencing.

He hopes to convince the judge to go easy on Kelly, given all that she’s been through. Whether or not he succeeds remains to be seen, but there’s more drama to come after the sentencing concludes.

What transpires exactly remains to be seen, but Imran ends up with a bloody nose, and this clip – taken from the second of next Wednesday’s (September 29) two editions of the ITV soap – reveals that Sabeen takes him to the hospital in the aftermath of the incident.

Toyah, meanwhile, is not too pleased about this, and – coupled with information she’s learned from Gary Windass (Mikey North) – she confronts her beau and demands answers. 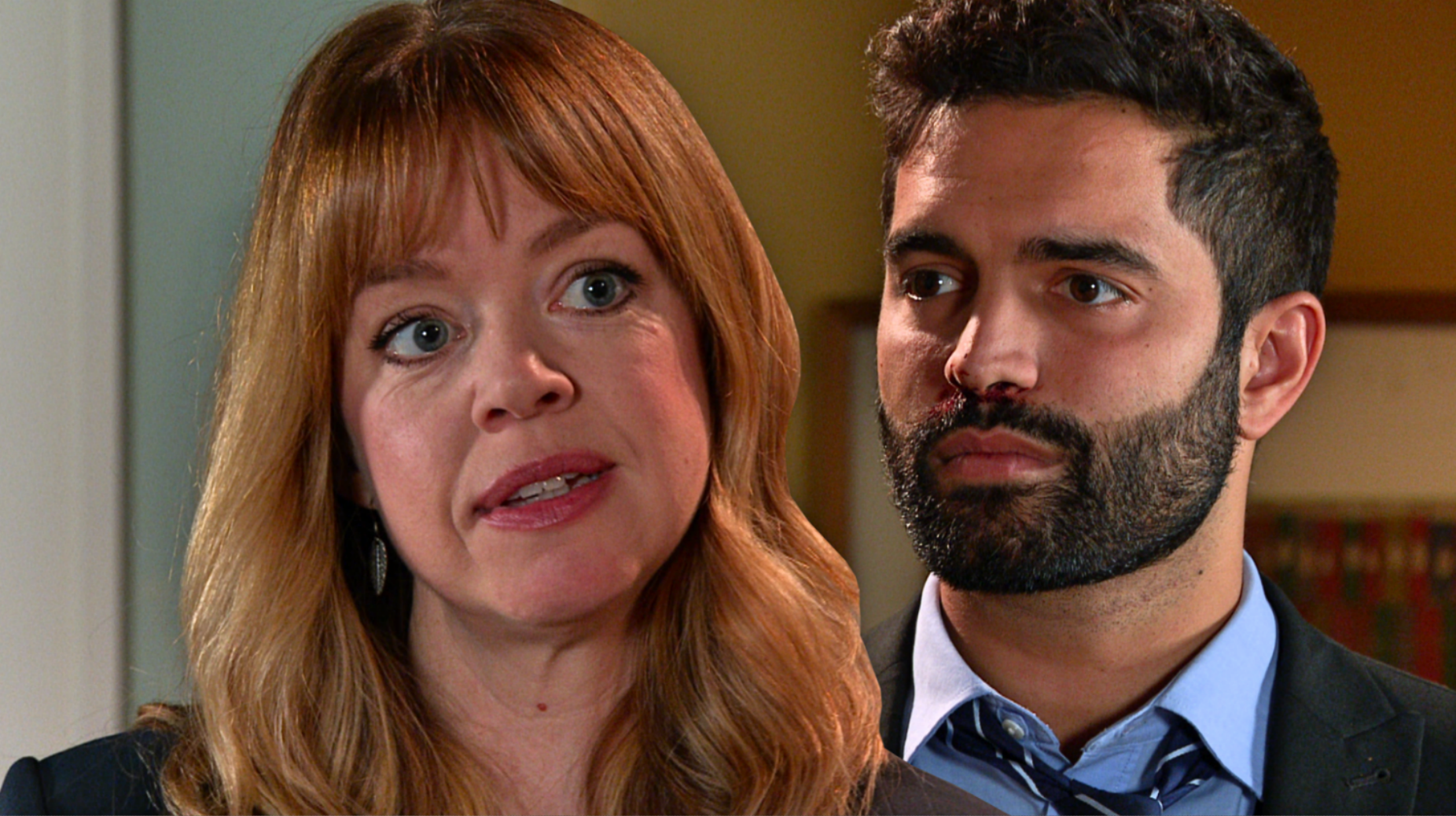 ‘Is there anything going on between you and Sabeen,’ she asks.

Imran practically laughs at the suggestion, asking Toyah where ‘all of this is coming from’.

Toyah adds: ‘The night of the verdict we had a row. The next day you told me you’d been at the office all night.’

Imran stands by this version of events.

‘Well, Gary said he saw you going into a bar’, says Toyah.

‘Were you out with Sabeen?’

Will he come clean? Viewers will know that Imran disappeared on the night of the verdict, and he’s been riddled with guilt about what transpired on the night in question ever since.