THIS Morning chef James Martin has given fans a look inside his impossibly luxurious mobile home. 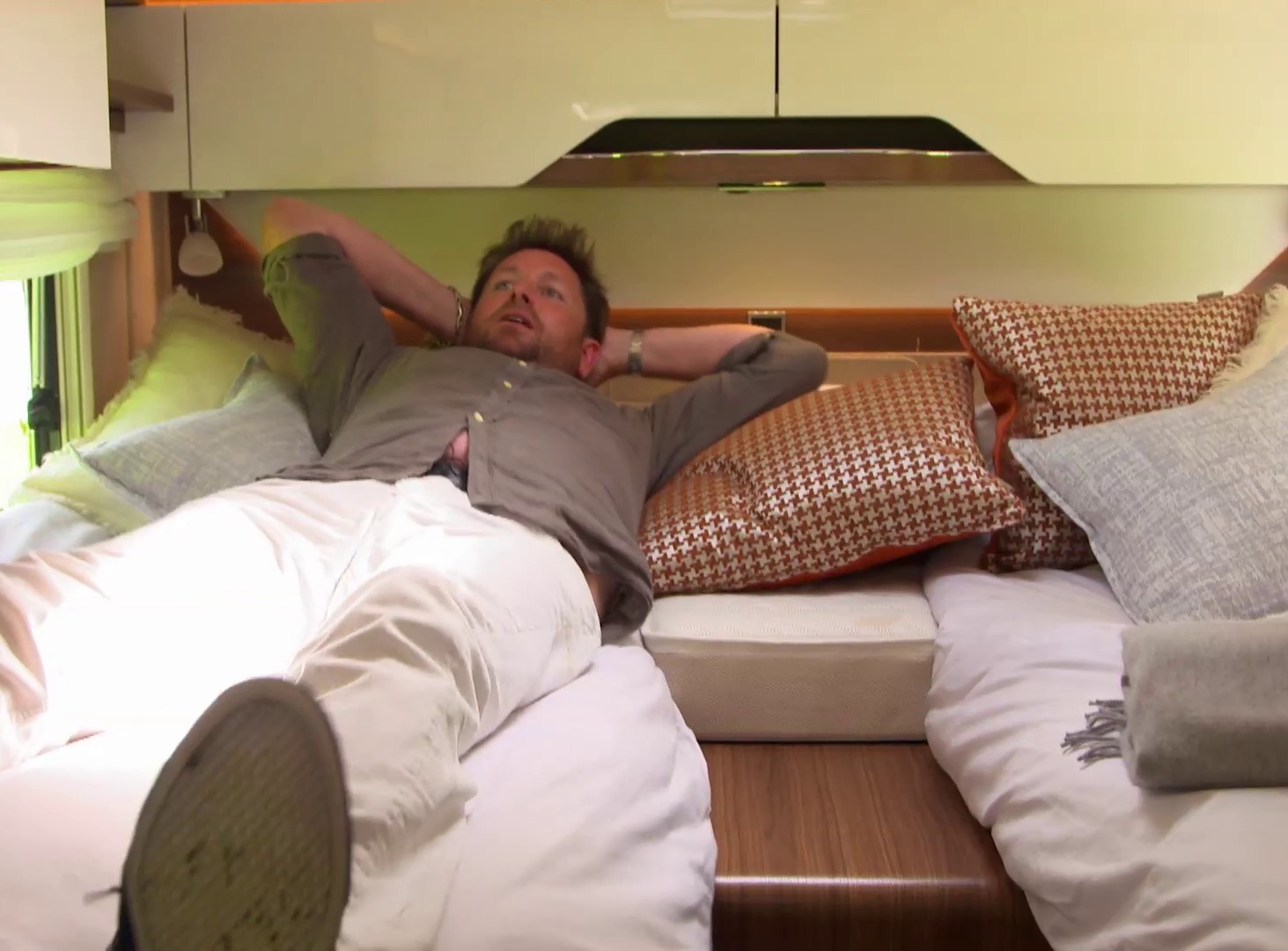 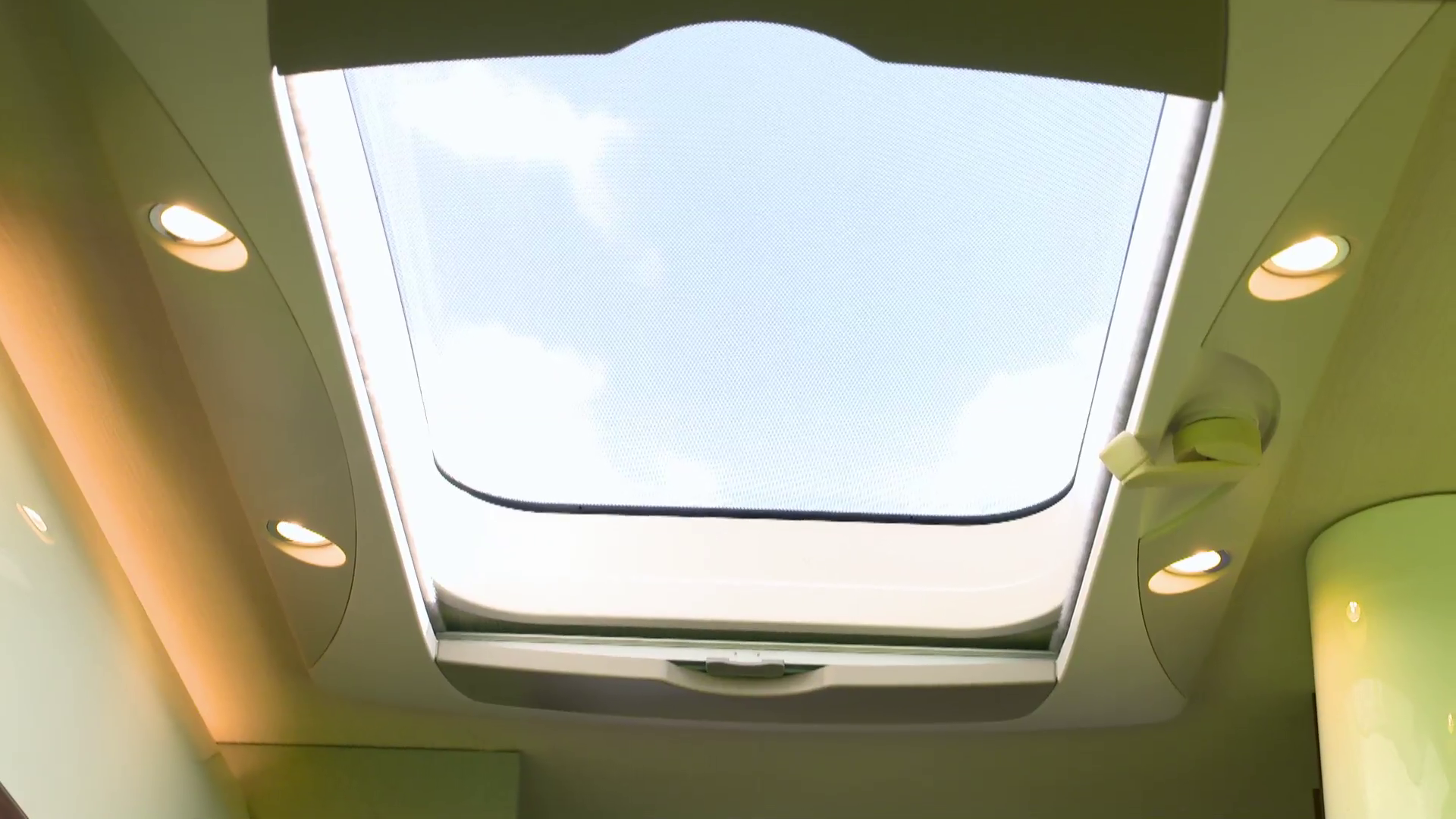 And he gave cameras a look around his – complete with beer fridge, king-size bed and a hatch for yet more drinks.

There's even a sleek, black top-of-the-line oven onboard the plush motohome.

However, given he's one of Britain's best chefs, viewers might be surprised to hear that he's never used it.

He is heard explaining in our exclusive preview: "You've got everything you need. Kitchen? I've never used it to be honest with you.

"I don't. I have sandwiches, sausage rolls and a pork pie."

Then, lifting up a secret hatch in the floor he added: "Then when you run out of tonic you need a storage space which has got more beer and more tonic."

Stretching out in the seating area that turns into a massive bed, he explained "You can turn this into a super-king bed.

"There's plenty of space in here, it's quite cool. I'm 6ft3. This is the first interview I've ever done like this."

Million Pound Motorhomes shows viewers inside some of the world's most jaw-dropping houses on wheels.

And this series it also includes celebrities with stars including Ricky Tomlinson, Dom Littlewood opening their doors while we see F1 star Jenson Button’s former £1.5m luxury palace on wheels. 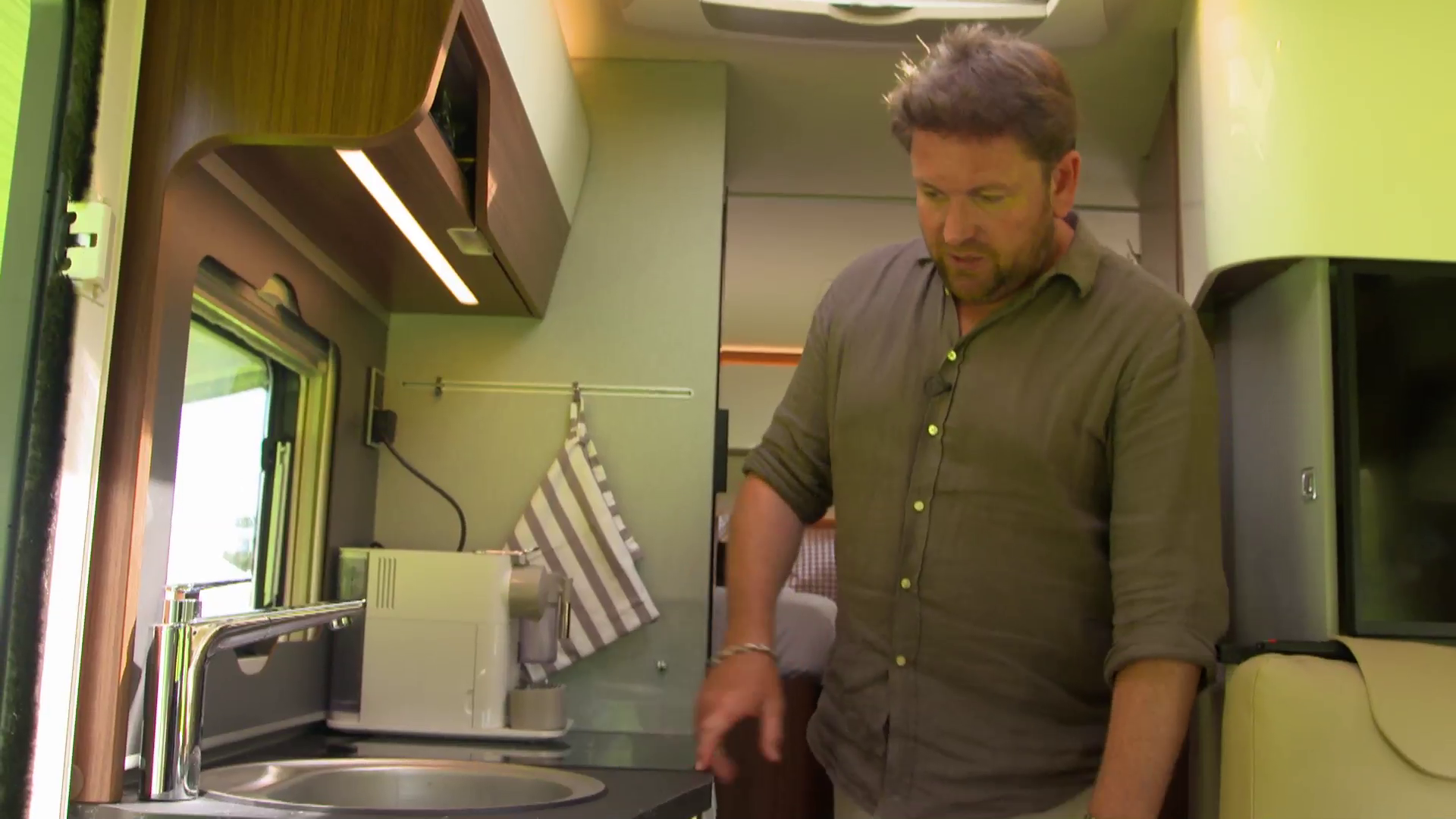 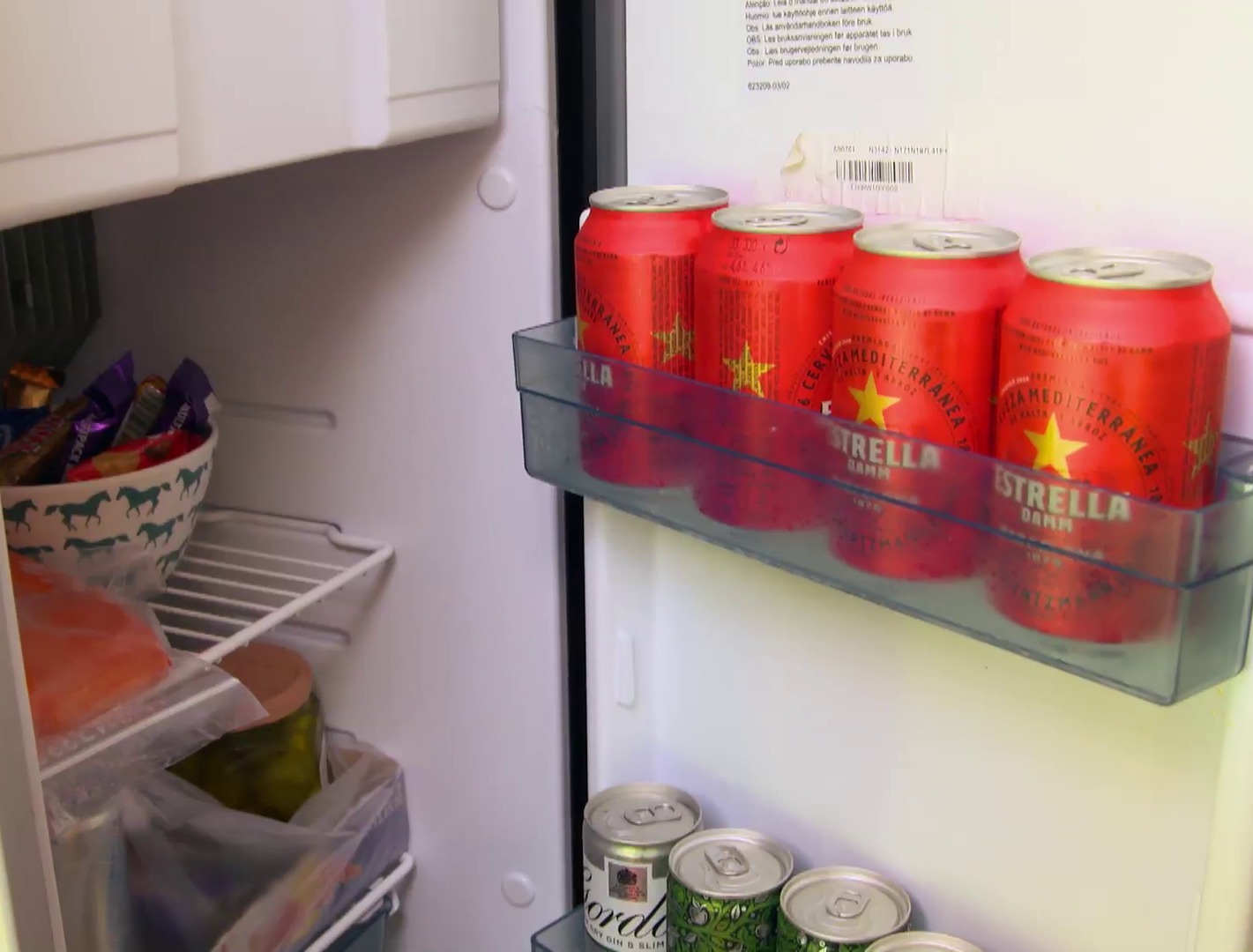 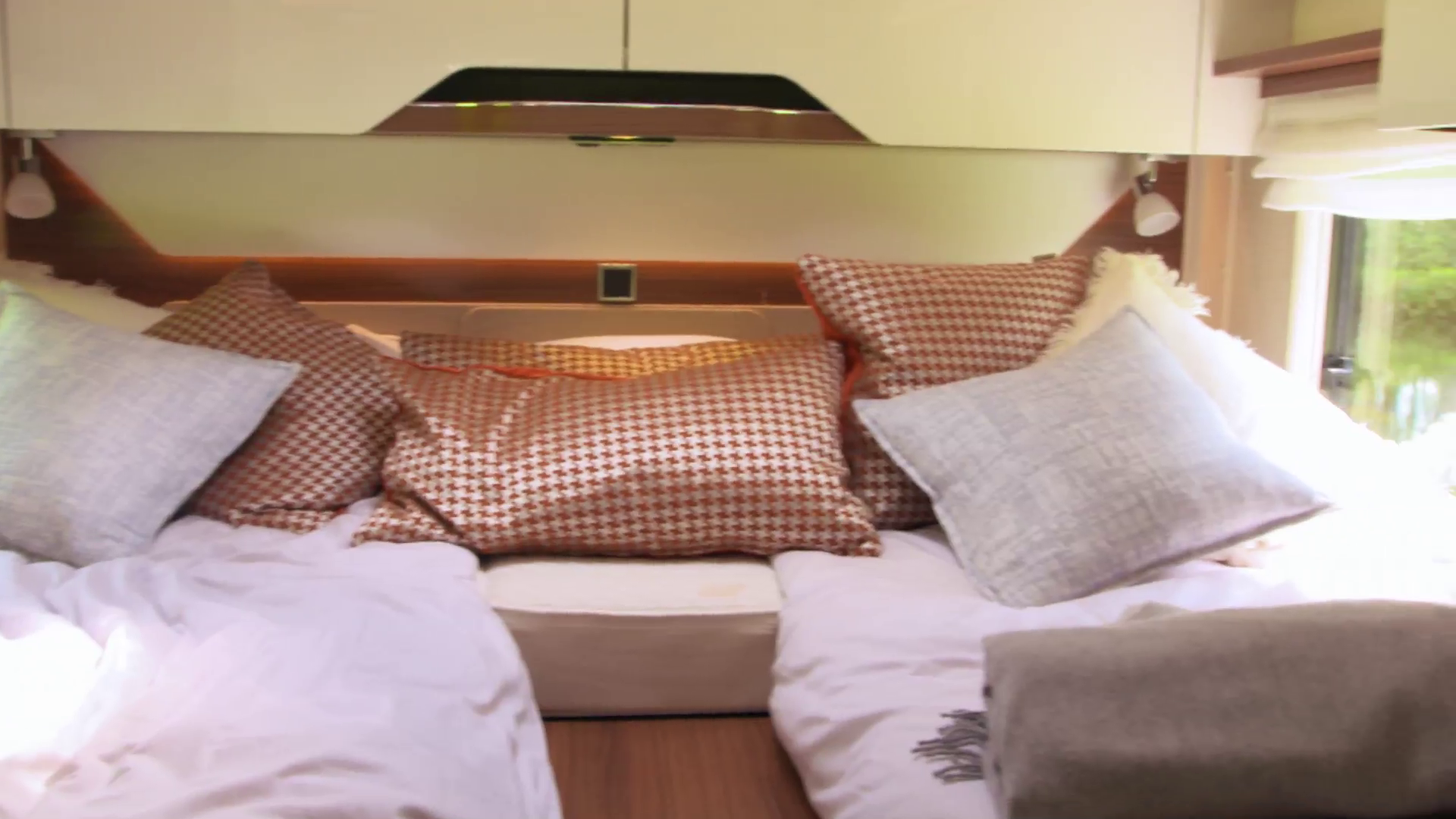