INTRUDER viewers were left baffled after Angela was killed off in a VERY strange way – and crucial evidence was left behind.

The Channel 5 crime drama continued last night with it's third instalment as Rebecca sets out to silence her deranged love rival Angela. 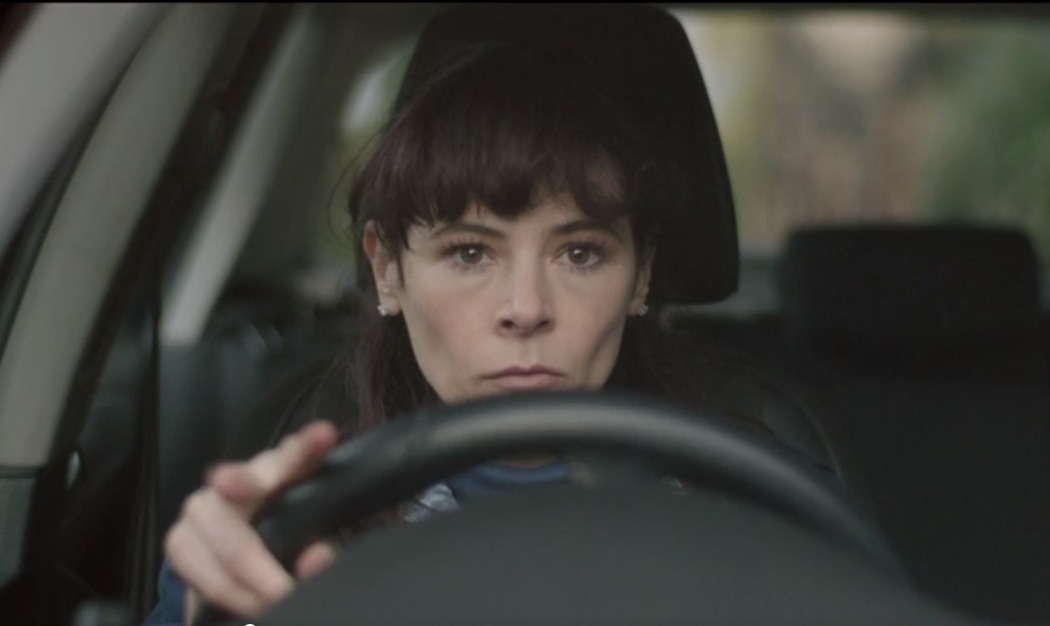 However alcoholic Angela is immune to reason, leaving Rebecca to consider the unthinkable to permanently get rid of her nemesis.

Viewers saw Rebecca follow Angela to a clifftop and then repeatedly hit her over the head with a huge rock before rolling her off the edge.

But fans were left unconvinced with many wondering why she didn't just push her off the cliff to start with.

One viewer posted: "Why did she bother bashing her head in with the rock? Surely a quick shove off the cliff would have worked just as well. Especially as she had been drinking heavy. #Intruder" 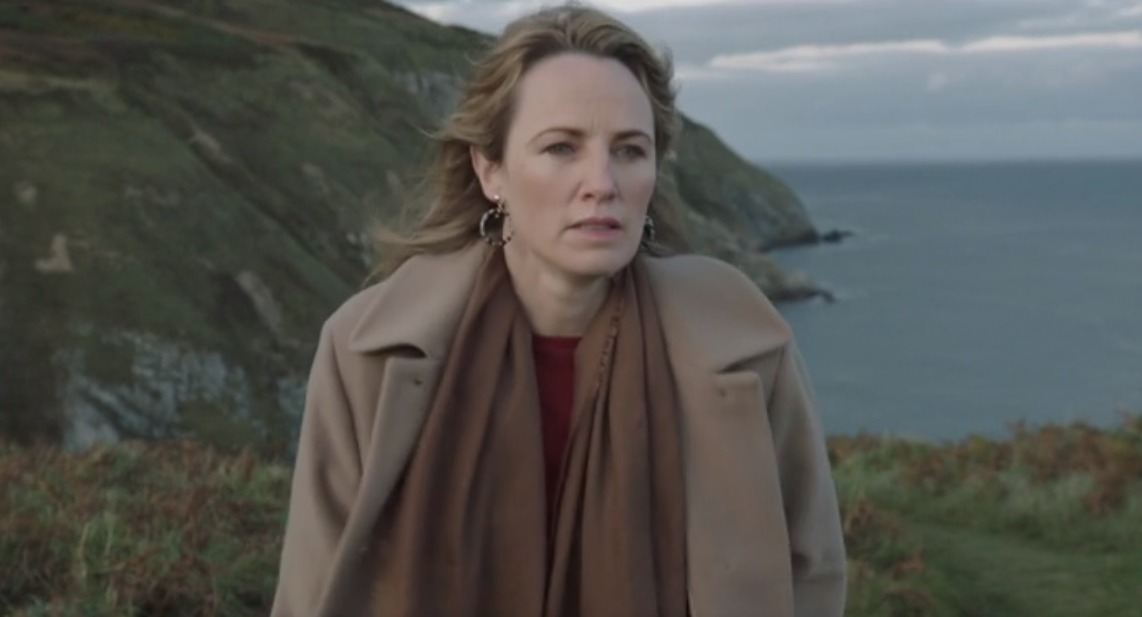 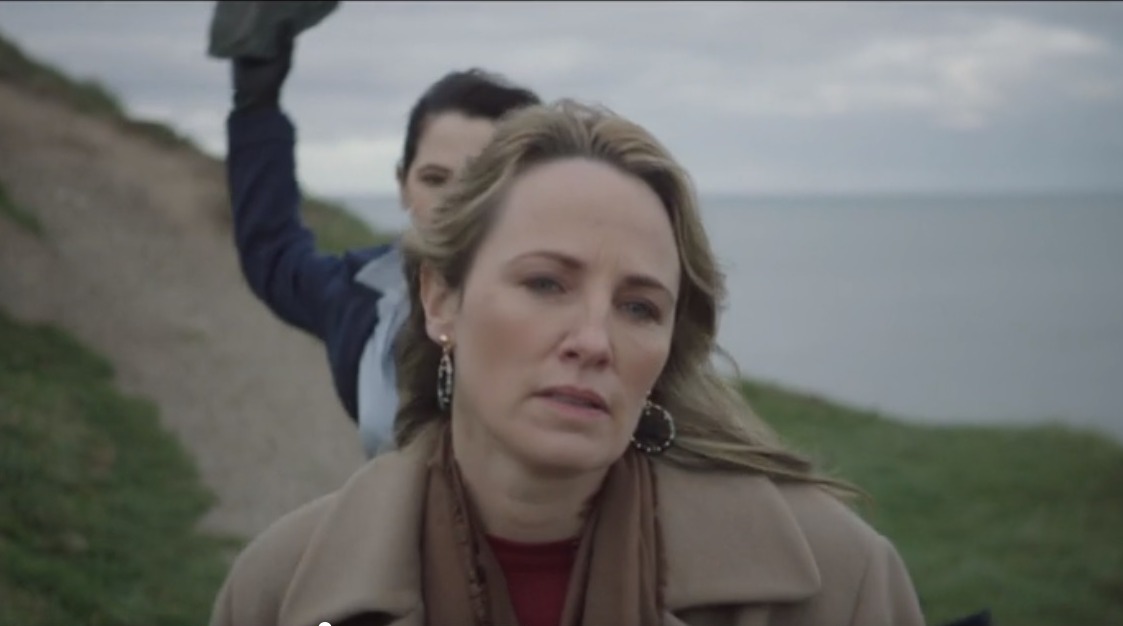 Another shared: "Why not throw the rock down after Angela? #Intruder."

A third added: "Why didn't she just push her off the cliff #Intruder."

Rebecca then leaves the rock which contains crucial evidence on the side of the cliff.

A number of fans were puzzled why she left the murder weapon in plain sight for the police to find. 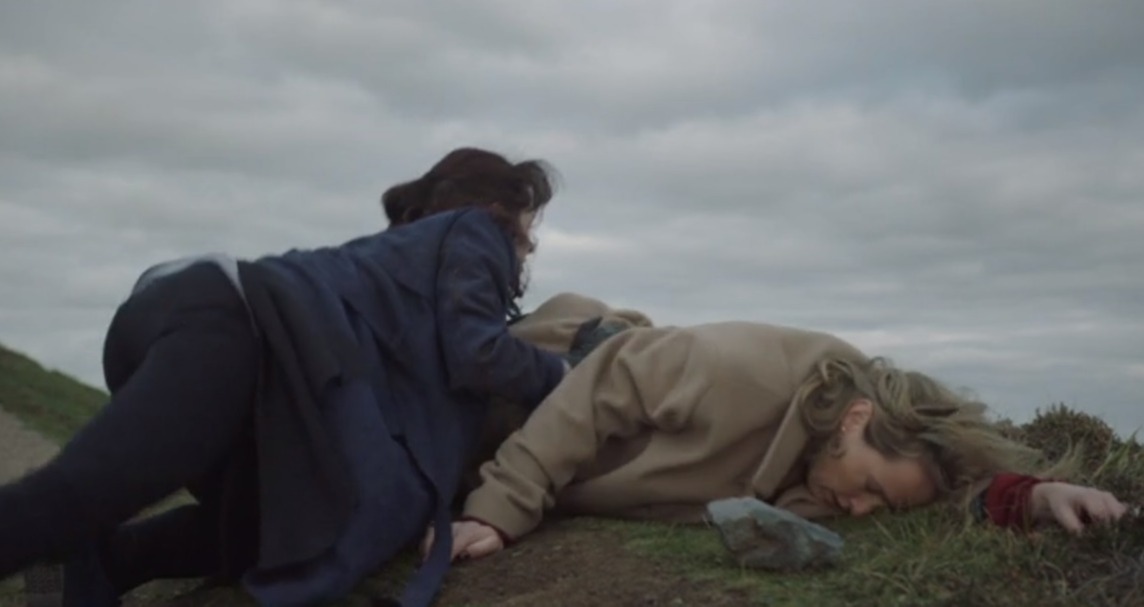 One fan posted: "Someone will probably notice that the back of Angela's head has been bashed in."

The series follows married couple Rebecca (Elaine Cassidy) and Sam (Tom Meeten) in the wake of a break-in by two local teenagers.

Last night's episode saw the pair continue to deal with the fall-out from the incident as they desperately attempt to cover their tracks, after Samstabbed to death one of the intruders.

Sam continues to falling apart, not least over what to do about Angela and Rebecca remembers a trauma from her past that gives her the inner strength to take matters into her own hands. 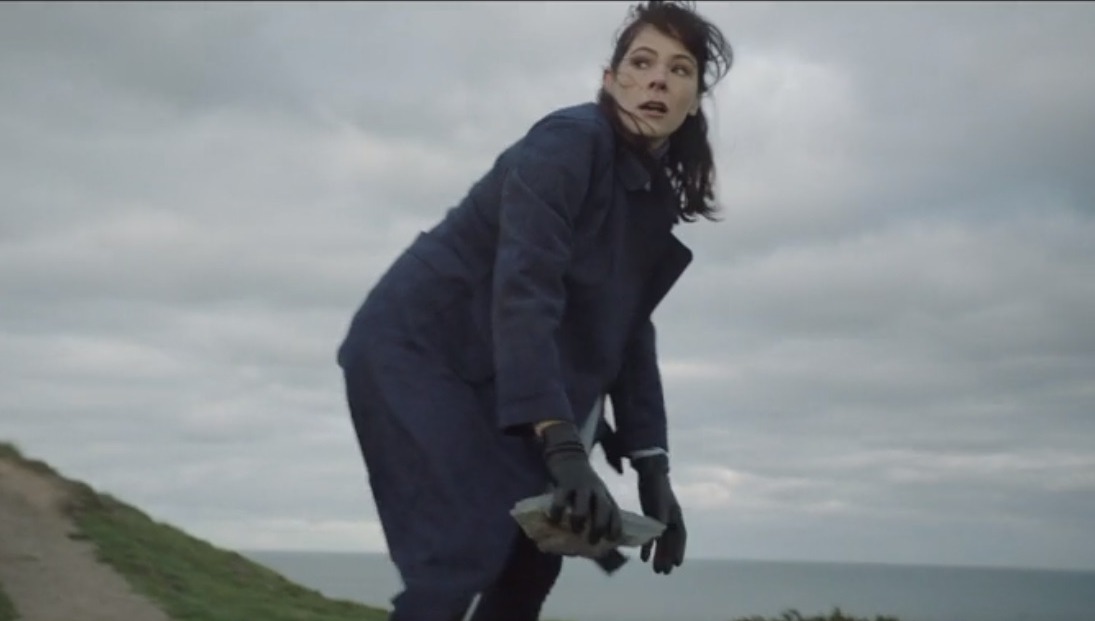 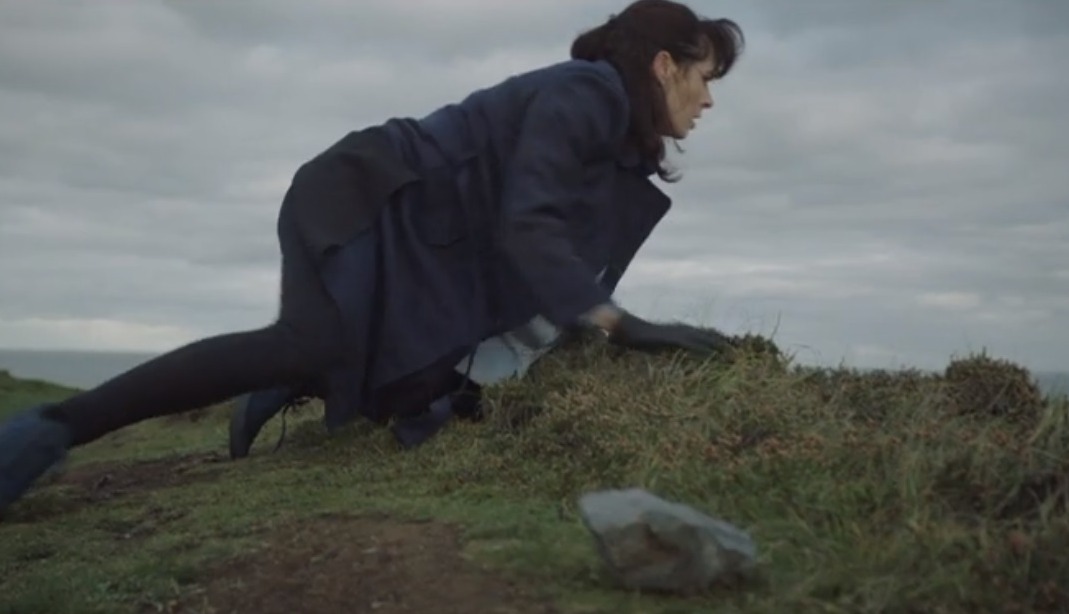 The thriller has so far recieved a mix reception, with a number of viewers were left extremely underwhelmed by the series.

One posted: "TheIntruder Nope. Awful. Switching off. Going to watch #TheFamily instead."

Another tweeted: "intruder Jeez… think I'll switch it off and cancel the series link. Wot a load of rubbish – actors and script! Who the hell researches this stuff 4 u??!!" 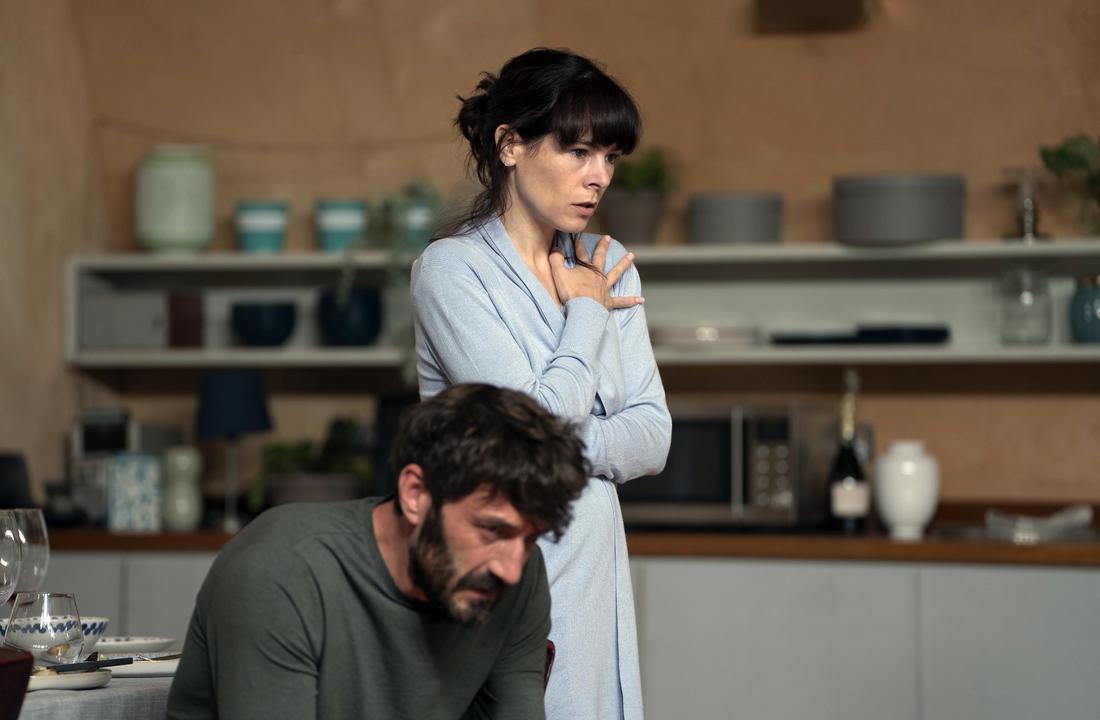 Thankfully, not all viewers felt that way, as one tweeted: "Still no idea, Intruder, how this is going to end, But it IS good."

Another wrote: "This #Intruder on #channel5 is a good watch so far."

Director and writer Gareth Tunley said of the drama: “We’re living in a world where, over the last few years, it seems everything we thought was solid has dissolved into air.

"So a story like this has an immediate and very current appeal: a couple who clearly think of themselves as ‘good’ people have their world completely flipped upside down and all their comfortable moral assumptions turned inside out. 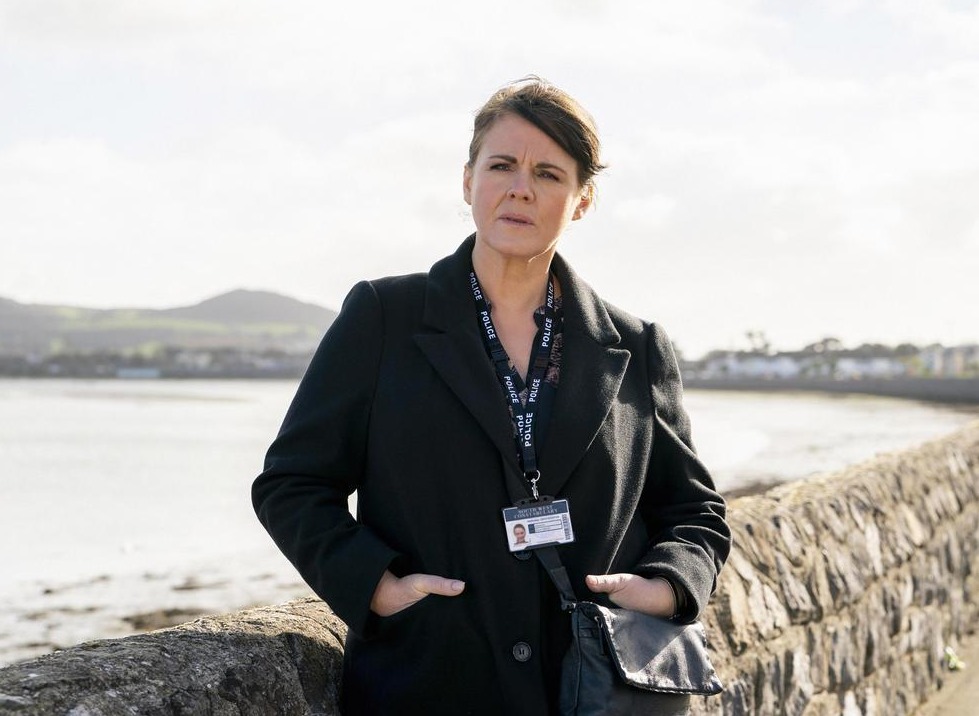 “I think it’s a story of upheaval that, while it contains some of our worst fears, we can all relate to on some level.”

Mitch McConnell 'tells Trump NOT to make deal with Nancy Pelosi for new stimulus and $1,200 checks before election'

Lena Headey On ‘Game Of Thrones’ Ending: ‘I Wanted A Better Death’ For Cersei