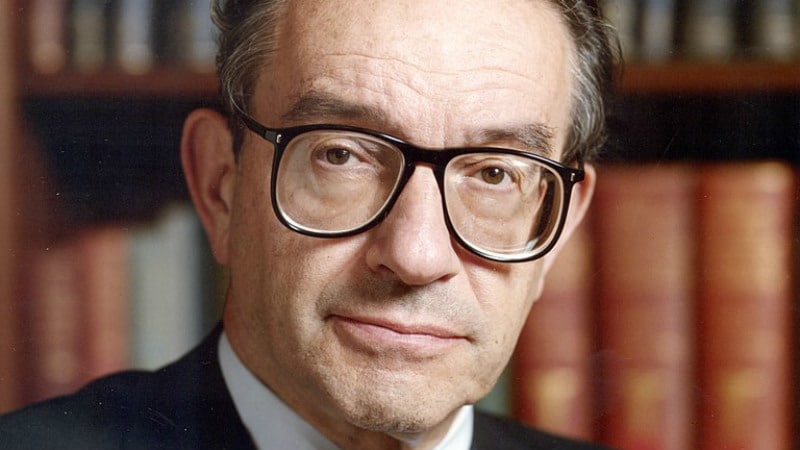 A death hoax about Alan Greenspan made the rounds on Twitter with several tweets stating that the 92-year-old economist is dead.

His wife, NBC News Chief Foreign Affairs anchor, Andrea Mitchell responded to the death hoax on Twitter stating that he is alive and well. Mitchell also plugged his upcoming book in the tweet below.

The origin of the hoax seems to come from a fake account by Tommaso Debenedetti – a notorious hoaxer. According to The Guardian, Debenedetti has used the identity of world leaders to trick journalist into publishing fake news stories.

The hoaxer reportedly pretended to be William Nordhaus, who recently won a Nobel prize in economics. After the hoaxer fooled many with the identity, he declared that Alan Greenspan is dead. The tweet was followed by many others tweeting their condolences to Greenspan without verifying the story.

With Alan Greenspan being 92-years-old, he was an easy target for a death hoax and it was not the first time.

Last year, he was a victim of another death hoax, which was quickly debunked.

The American economist served as the Federal Reserve chairman from 1987 when he was appointed by President Ronald Reagan until 2006 when he retired.

Despite his wife debunking the rumor, the tweets about the death hoax continue to spread with verified accounts claiming that Alan is dead.